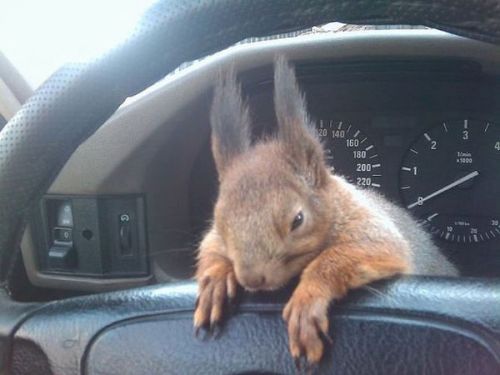 Taxi squirrel Masik and Pyotr Pankratov
Minsk based taxi driver Pyotr Pankratov has become famous not only in his native Belarus, but also abrioad. And this happened thanks to Masik, the squirrel, his true friend, who accompanies him everywhere. The man adopted this pet, and actually rescued the abandoned and sick baby animal lying unconscious under the tree. This happened 2 years ago. Besides, the squirrel had a twin brother, but, unfortunately, it didn’t survive. So, Pyotr Pankratov took the baby squirrel home and started literaly fighting for his life. In particular, he fed the squirrel with milk from a syringe and a bottle. The man named the squirrel Masik, which can be translated in English as “little”. In addition, Pyotr has a cat and an aquarium of 300 liters filled with fish. According to Pyotr, not every passenger knows that he is going in a car with his true friend squirrel, just not to disturb Masik. Meanwhile, the two friends are inseparable, going together everywhere. 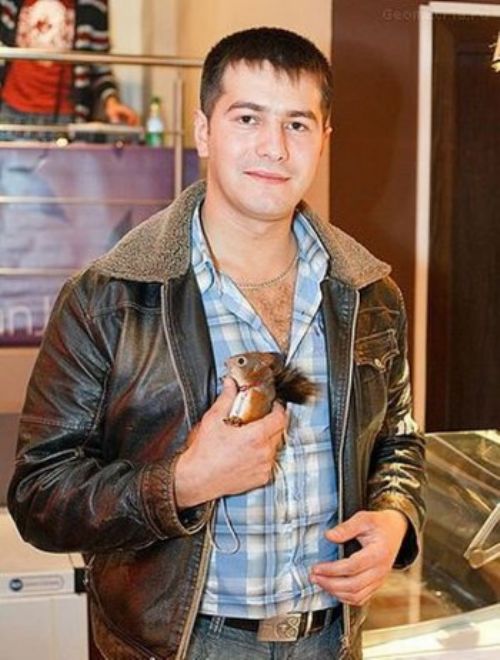 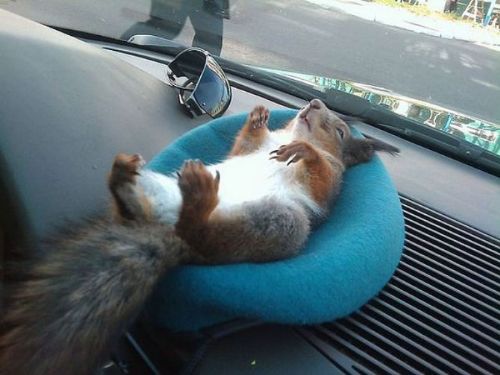 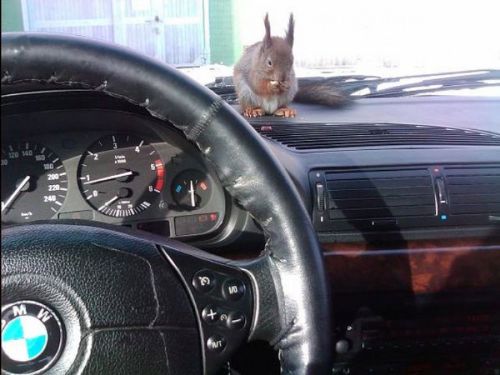 Masik, in the car 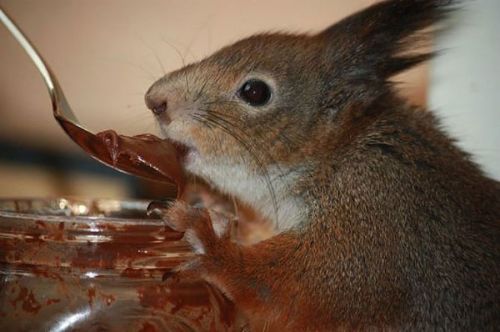 Eating from a spoon, squirrel Masik 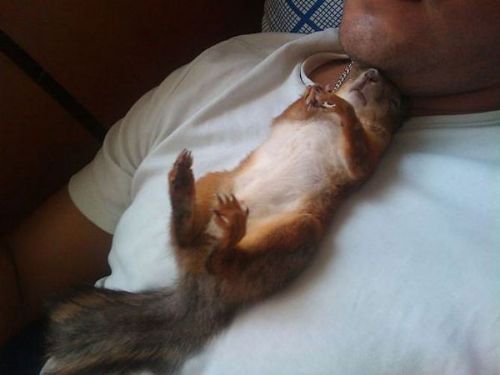 On the chest of owner, cute squirrel Masik 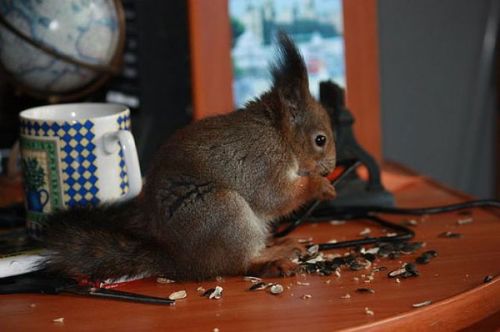 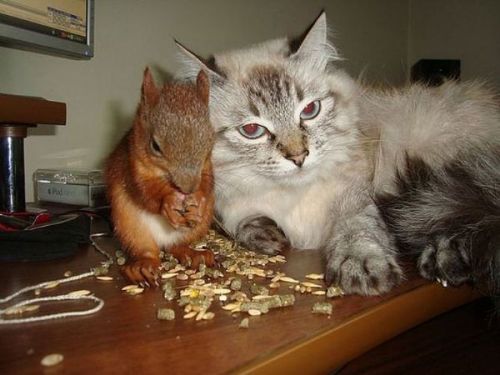 A cat and a squirrel, friends 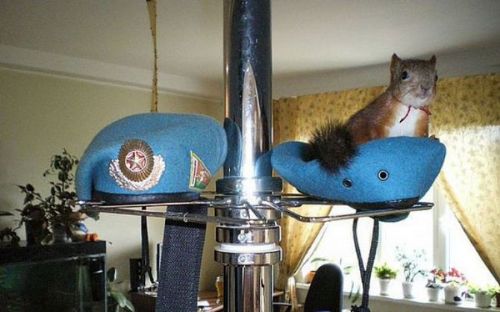 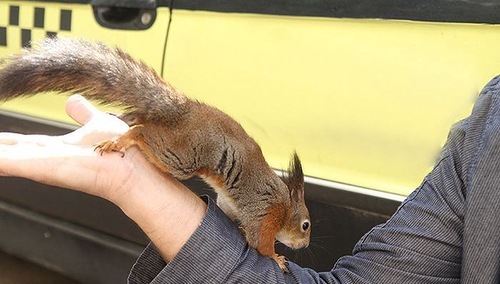 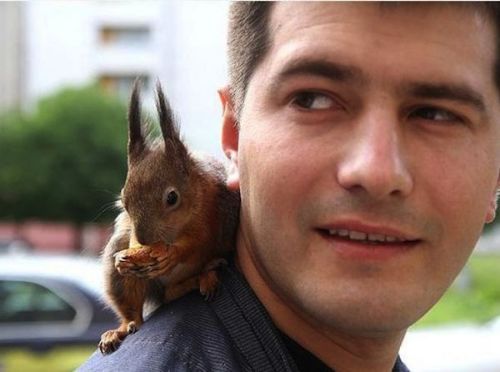 Together everywhere, Masik and Pyotr Pankratov 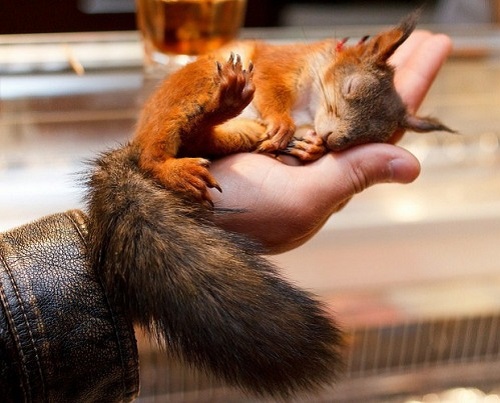 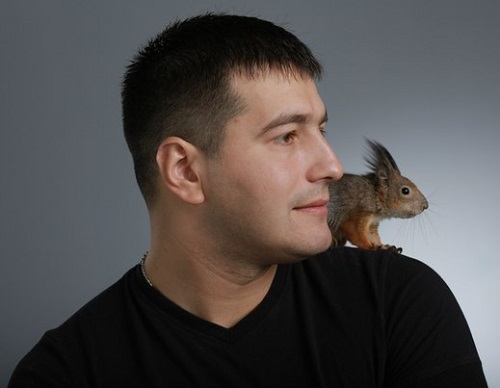 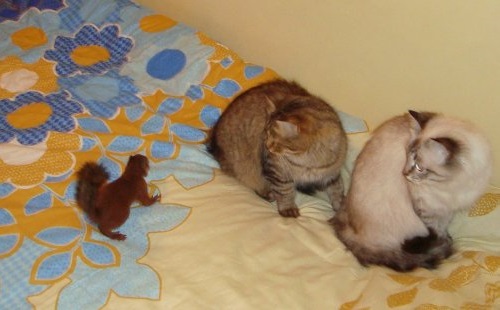 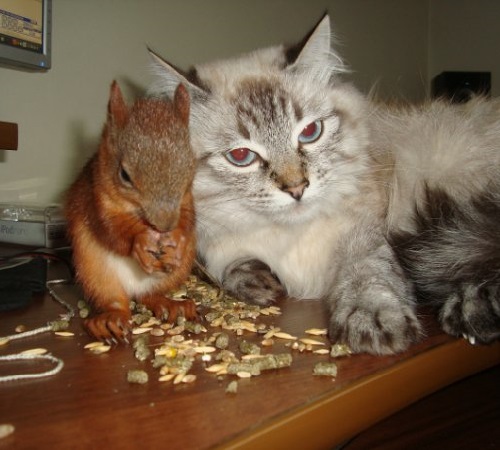 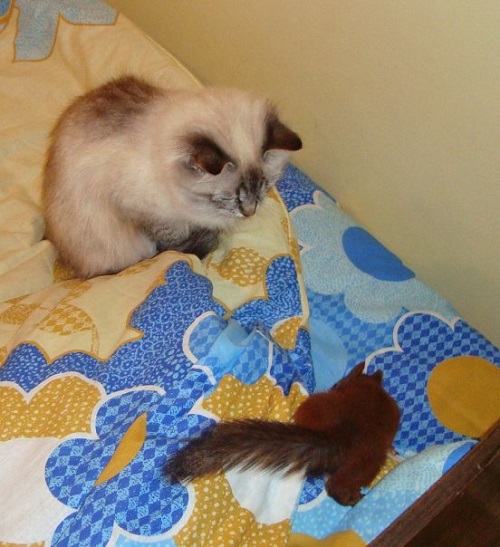 Masyanya, or Masik, and cat 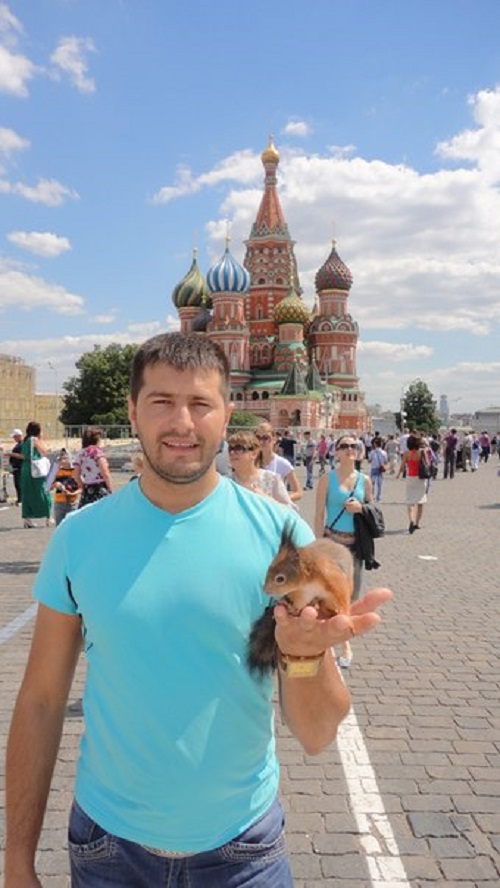