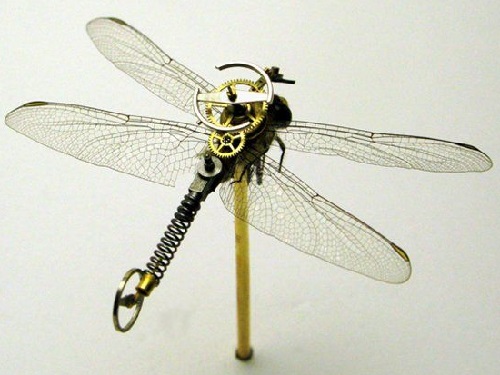 Steampunk Insects by Mike Libby
Contemporary American artist Mike Libby has created the Insect Laboratory. Within this lab, he combined genuine insects and mechanical or electronic components, in order to create cybernetic sculptures. Libby exhibits in different states of the USA. His jewel beetle from Insect Lab appeared on the cover of Tachyon Publications “The New Weird”, in September 2008, Romanian Millennium Press printed an edition of “The New Weird” in their language, an image of a tarantula was used for the cover. Insect Lab customizes real insect specimens with antique watch parts and other technological components. From ladybugs to grasshoppers, each is individually hand adorned, and original a unique celebration of the contradictions between nature and technology. 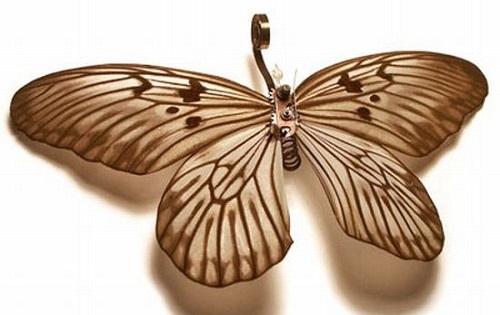 Robot-like insects and insect-like robots are the stuff of science fiction and science fact. Often in science fiction, insects are frequently featured as robotic critters. There are many examples in TV, movies, video games, comic books, even on album covers. From Cronos to The Golden Compass, the insect/robot archetype has been used, re-used and re-imagined countless times. 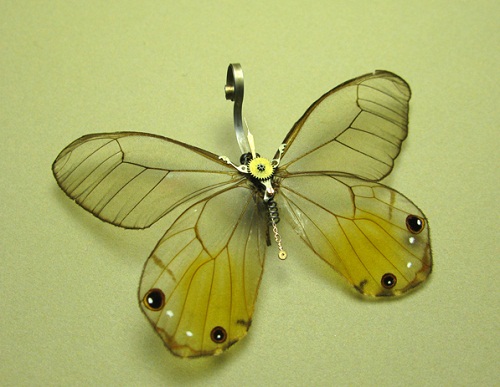 Transparent wings of a butterfly 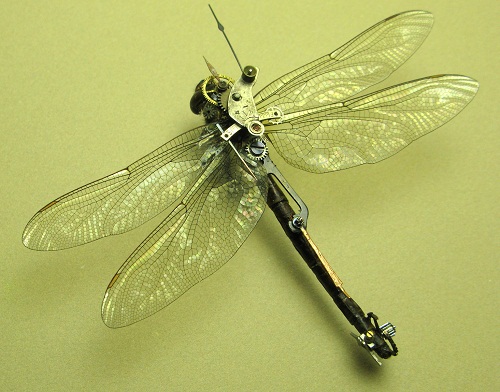 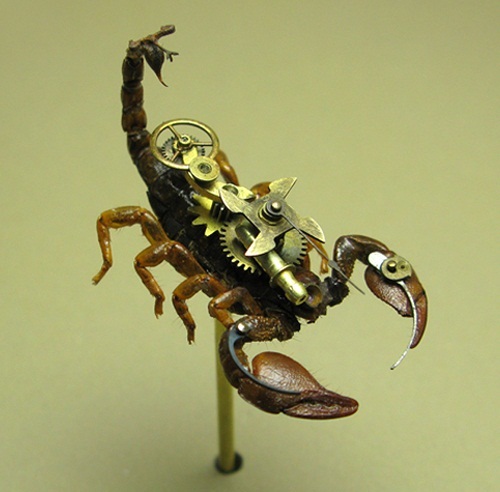 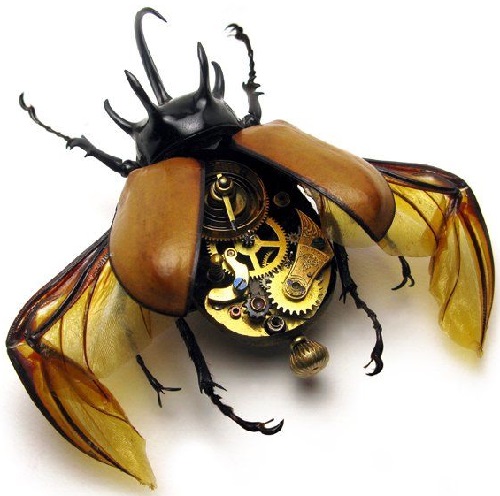 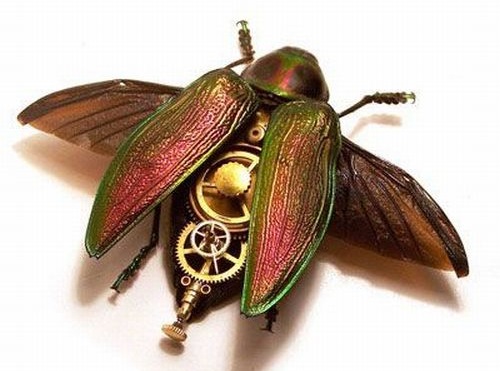 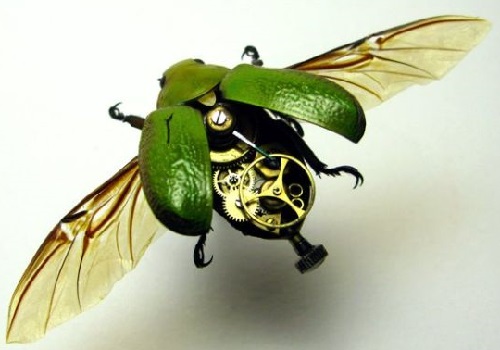 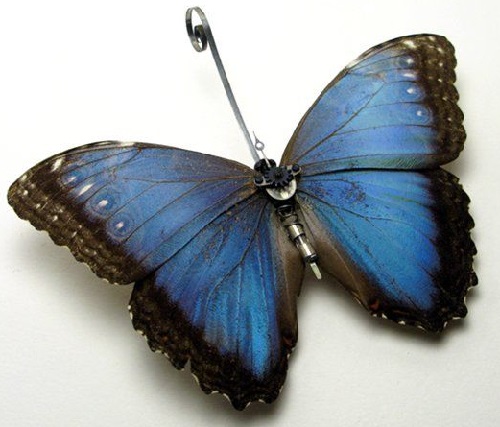 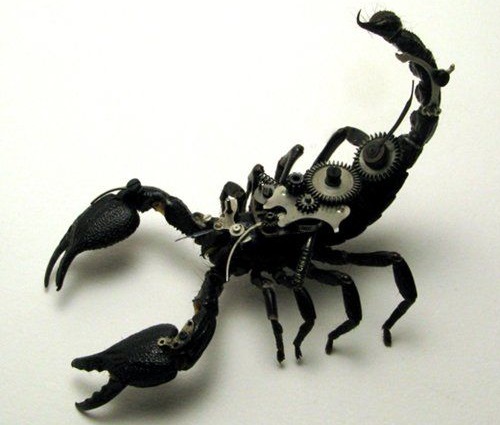 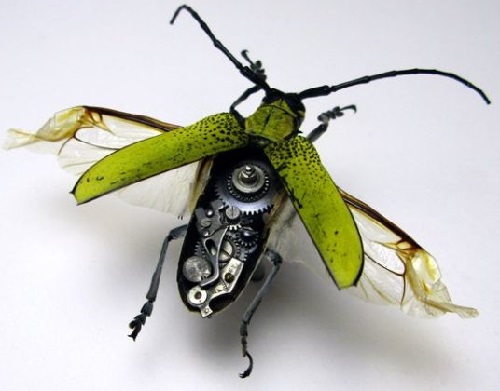 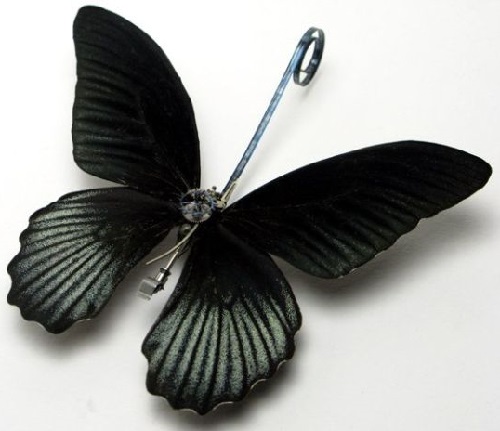 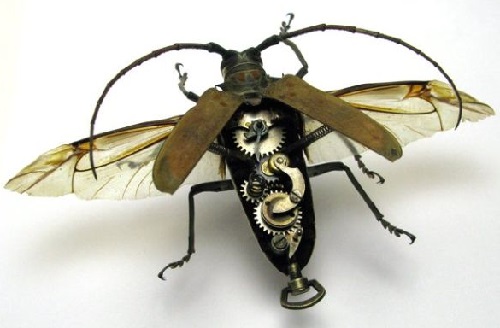 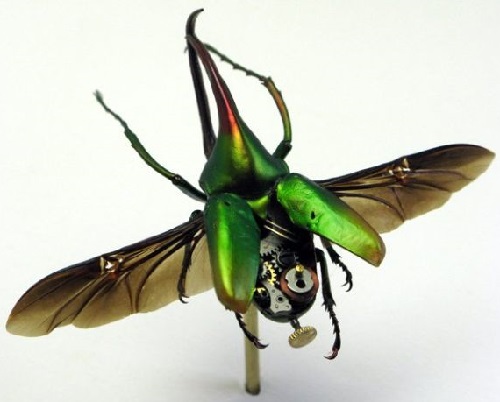 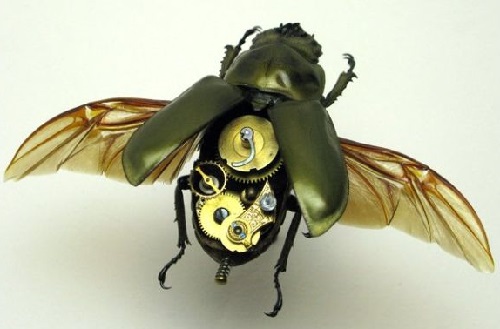 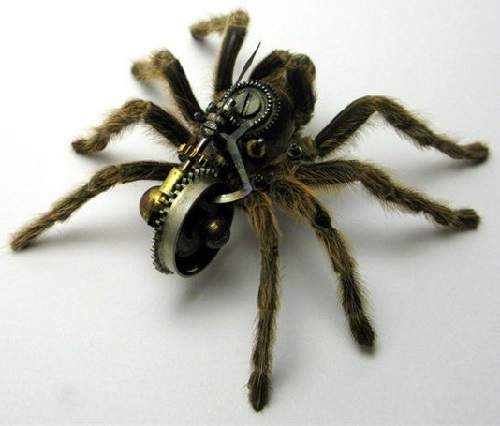 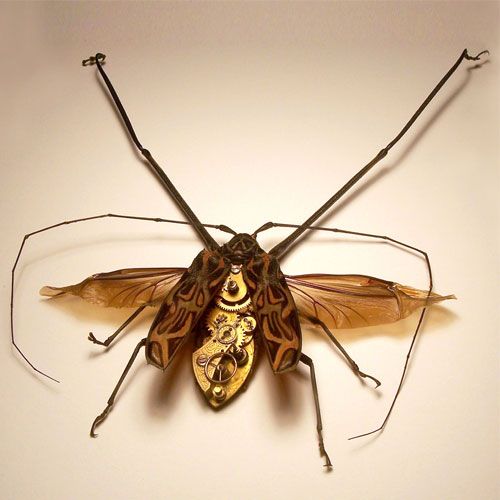