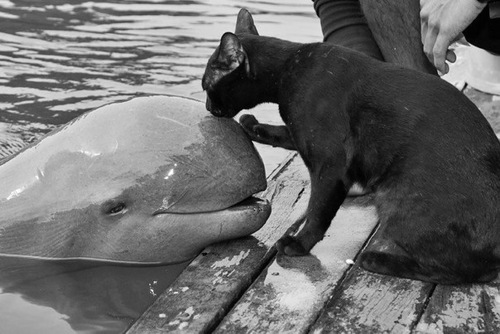 Switzerland Bans Dolphins in Captivity. The above picture showing completely different species getting along puts the human race to shame. This picture could be cute, if only humans didn’t keep dolphins in captivity. For today it’s the best news – Switzerland Bans Dolphins in Captivity. Bravo! Now consider these facts…
Unfortunately, every seven years, half of all dolphins in captivity die from capture shock, pneumonia, intestinal disease, ulcers, chlorine poisoning, and other stress-related illnesses. To the captive dolphin industry, these facts are accepted as routine operating expenses.
The average life span of a dolphin in the wild is 45 years. However, half of all captured dolphins die within their first two years of captivity. The survivors last an average of only 5 years in captivity. 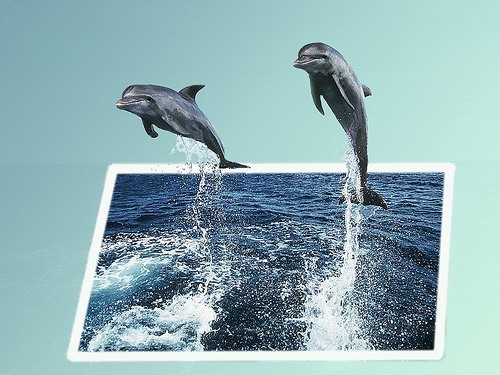 In fact, dolphins have evolved over 50 million years to be successful in their wild habitat!

In many tanks the water is full of chemicals as well as bacteria, causing many health problems in dolphins including blindness.

When a baby dolphin is born in captivity, the news is usually kept secret until the calf shows signs of survival. Although marine mammals do breed in captivity, the birth rate is not nearly as successful as the one in the wild, with high infant mortality rates.

Many marine parks subject their mammals to hunger so they will perform for their food. Jumping through hoops, tailwalking and playing ball are trained behaviors that do not occur in the wild.

Confined animals who abuse themselves (banging their heads against the walls) are creating stimuli which their environment cannot supply. Dolphins in captivity tend to develop stereotypical behaviors (swimming in a repetitive circle pattern, with eyes closed and in silence) because of boredom and confinement. This is equivalent to the swaying and pacing of primates, lions, tigers and bears confined in cages.

Dolphins are predators of fish and spend up to half of their time in the wild hunting for food. Supplying dead fish results in less exercise and lack of mental stimulation, thus causing boredom.

When trapped together, males often become agitated and domineering. This creates pecking orders (unknown in the wild) and unprovoked attacks on each other and the trainers. In the ocean, although fights are not unknown, the wild dolphins have a chance to escape.

THEY WOULD HAVE YOU BELIEVE….
Dolphinariums claim that their mission is to protect dolphins in the wild through research and public education. Those are nice words but facts speak louder. If dolphins are so happy in captivity, why do they die so fast? Why the secrecy about their mortality rates? There would be fewer spectators if people knew how many animals were “dying” to amuse them. Perhaps if the death records were displayed at the entrance, no one would buy a ticket.

Education?
Most dolphinariums have made little or no contribution to education about dolphins. Jacques Cousteau believed that captive dolphins are conditioned and deformed and bear little resemblance to dolphins living in freedom in the sea. It’s like studying human psychology only in prisons, which leads, obviously, to misinterpretations and absurd generalizations. As people learn more about the wild cetaceans, they pity more the captive ones. As TV, computers, and virtual reality become greater educational tools, the justification for keeping captives on display disappears.

Research?
We blindfold dolphins to study the efficiency of their echolocation system. We put probes in their larynxes and nostrils to examine their sound production. We train them to push buttons and levers, to choose between materials and colors, we teach them to speak. We clamp them down, drill holes into them, and dissect them. Why? They do not exist as subjects for agonizing experiments by man.

Dolphins suffer no less than humans. The only way scientists should study dolphins is to swim with them in the wild. No argument can rationalize the forced confinement of these highly intelligent creatures. Dolphins are innocent sufferers in a hell of our making.

The Good News is…
Fortunately for the dolphins, more and more people are becoming concerned about dolphin suffering, and uncomfortable at sea circuses. Citizens are now speaking out loudly that dolphins and whales belong in the ocean. This is the only hope. Imagine this: A theme park has a dolphin show and nobody goes. The owners will soon close down. There would be no dolphin shows if no one paid to watch them. 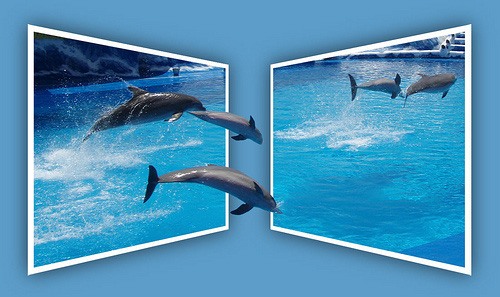 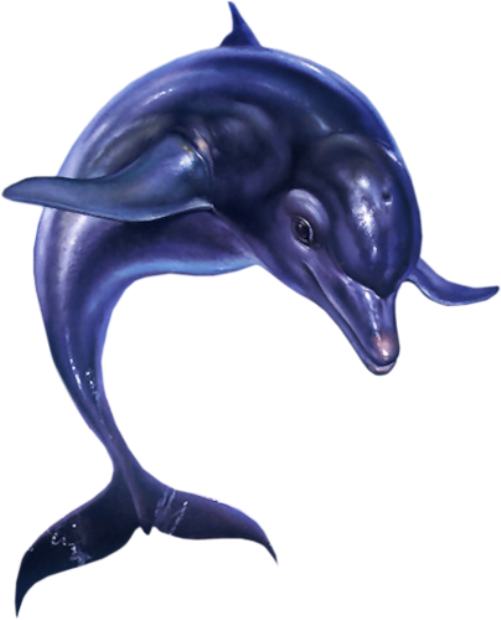 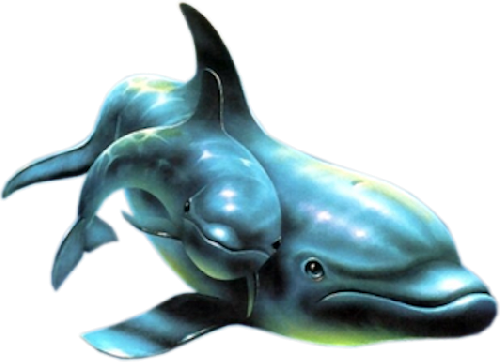 A baby and mother 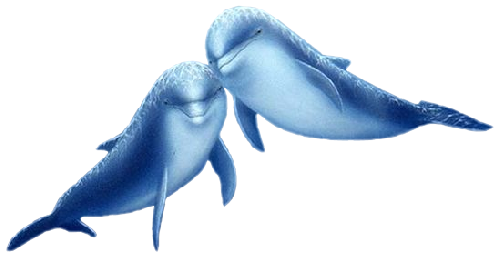 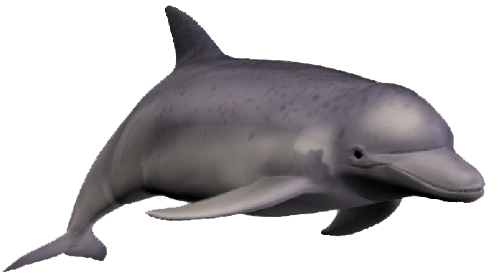 Adorable, a cat and a dolphin 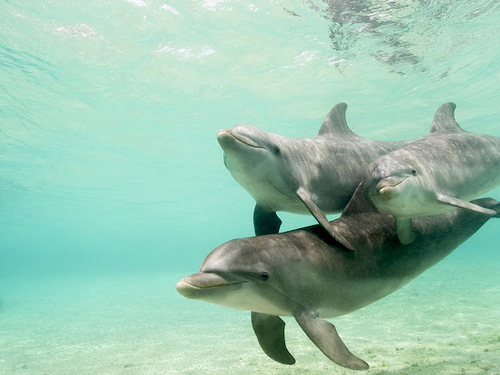 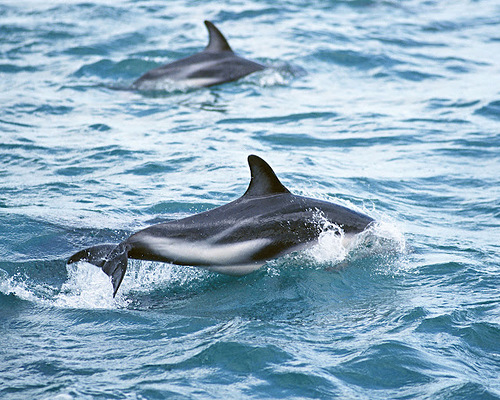 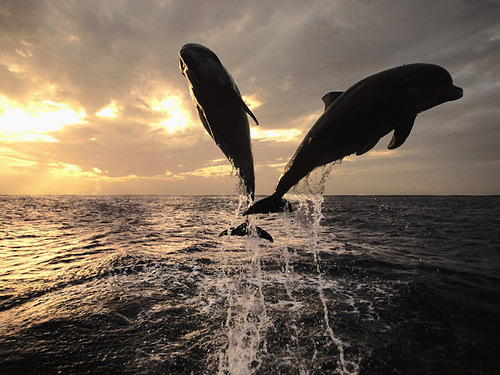 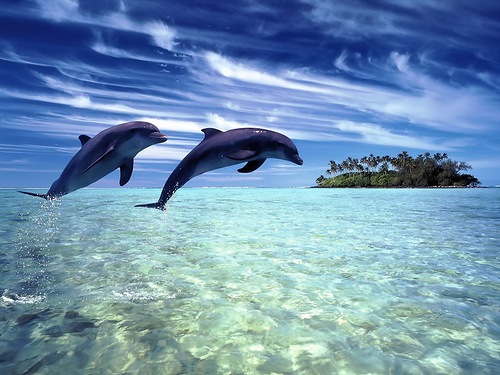 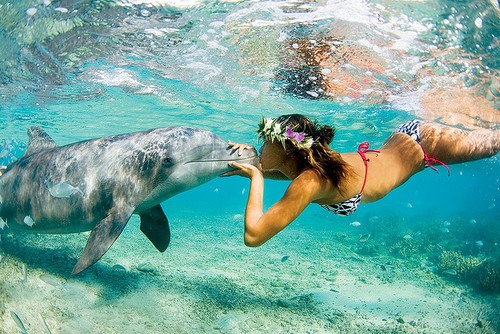 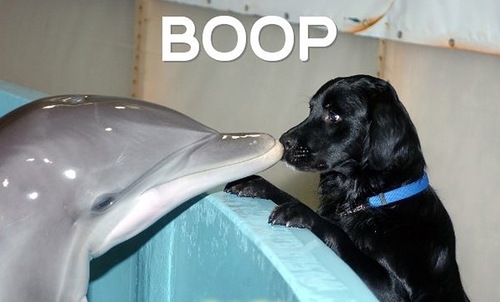 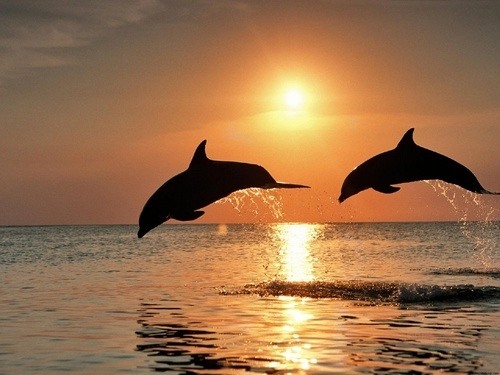