« I sing the Poppy
Peter Clark’s collages of dogs » 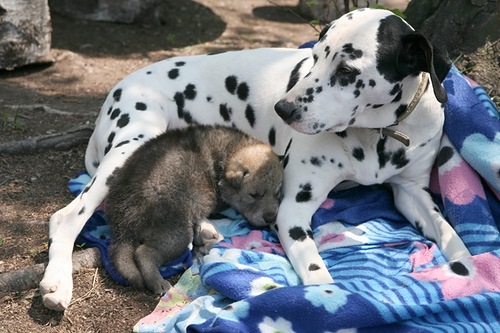 Dalmatinian Dog Adopts Wolf Cub
The story happened in the eastern city of Russia – Vladivostok. This May a Canadian wolf Jacob and a grey she-wolf Lopa have become parents. Unfortunately, Lopa ignored her 5 children, gave no milk and didn’t lick them. Even father paid more attention to his babies, surprised at their mother’s behavior. People had to take the babies out of the cage and feed with special milk. However, four of baby wolves didn’t survive. And only one girl stayed alive. Next, people tried to put the baby next to a sheep dog but she acted quite aggressive. The cub was already dying… What happened next, is just a miracle… 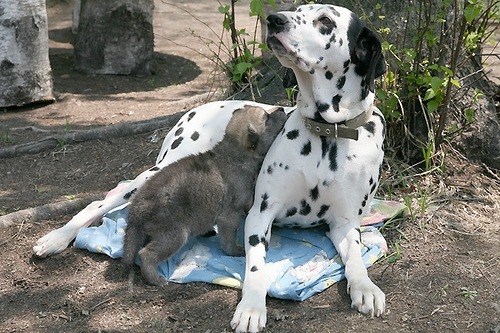 In the family where the adopted cub began living, was also a dog named Ryba. Suddenly, Dalmatian Ryba, aged 8, showed some interest to the cub. This dog has never had her own cubs. Meanwhile, the baby wolf started to look for milk that Dalmatinian Dog Ryba could not have. It seems to be a miracle but the milk appeared! So, the baby wolf named Rapunzel started to suckle the dog’s milk! In addition, Ryba takes care of her little adopted daughter, sleeps only next to her, licks, massages her stomach and doesn’t let strangers come close.

In fact, wolves have such a peculiarity – when they open their eyes for the first time they “imprint” what they see. In such a way they share the world between friends and enemies. On May, 18th Ryba became the first whom Rapunzel saw. 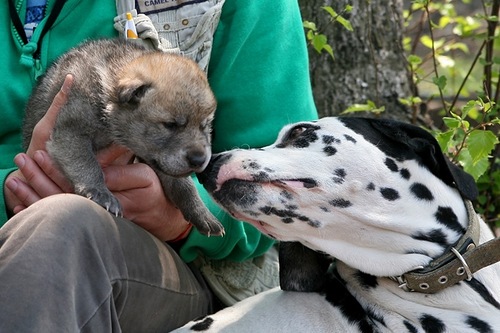 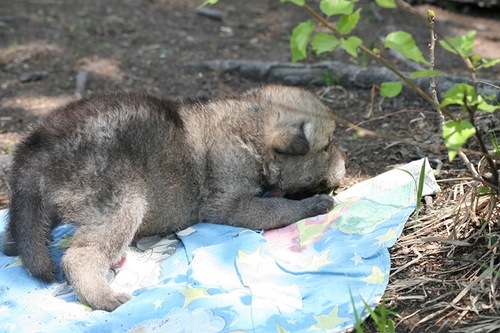