Temple of growing trees in Italy 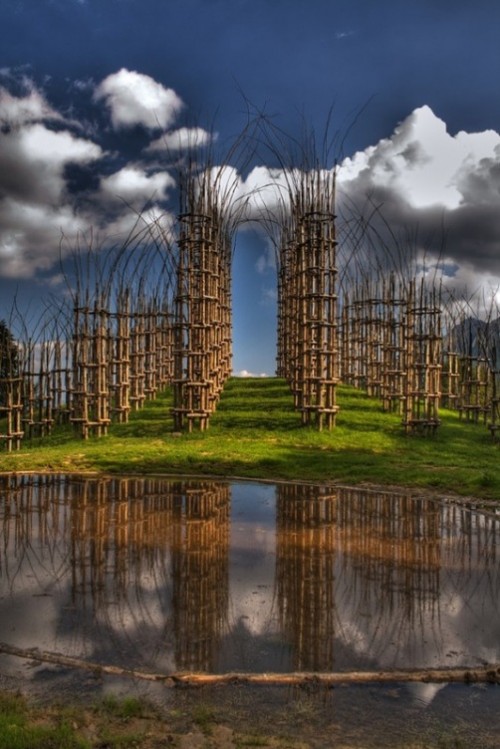 Temple of growing trees in Italy
The author of this project – Italian artist Giuliano Mauri (1938 – 2009), well-known for his many poetic environmental interventions, defined as the natural architecture. However, the growing temple Vegetable Cathedral Arte Sella has become his last project. On 6 September 2010 his son Roberto opened his posthumous work, built under the artistic direction of Paola Tognon. Located in the town of Oltre il Colle at the foot of Bergamo Mount Arera in the Alps, Plant Cathedral is in the north of Italy. In fact, Project covers an impressive area of 650 sq. m. Meanwhile, for the constructing the creators used 80 seedlings of hornbeam, 600 bars of chestnut, 1800 fir trunks. Besides, for connecting the elements they used about 6 kilometers of nut vine. 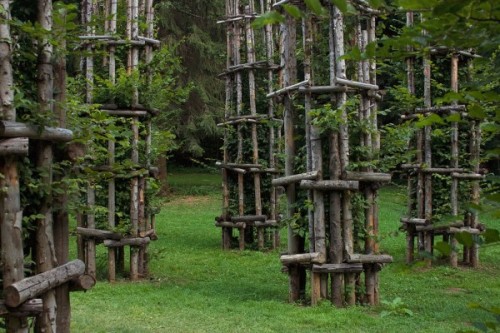 Working with branches and trunks of wood he constructed fantastically real buildings. Among his works are the windmills, caressed by an imaginary wind, the Ladder of Paradise, the forest on the island at the source of Tormo in Lodi. In Germany and Poland he has created Observatories. His best known and most striking work is probably the Plant Cathedral Arte Sella in 2001.

Temple of growing trees in Italy 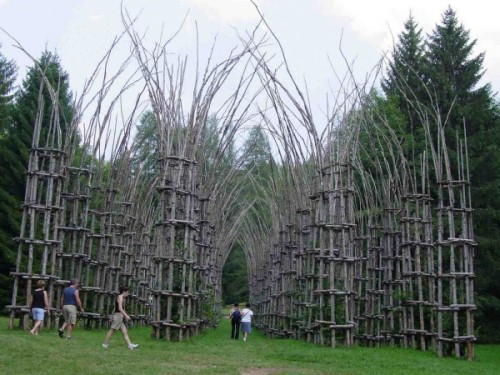 In 2001 he created the setting of the standard in the fronton of Macerata. Later, he built the Aviary for humans in the valley of Sighs Monza Park (2006) and the amphitheater of the Bisenzio Valley of Contemporary Art at the Complex Cantagallo. Also in 2008, created a wonderful vegetable Bridge at Castle Padernello. 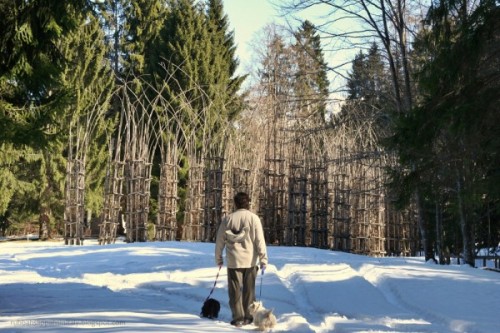 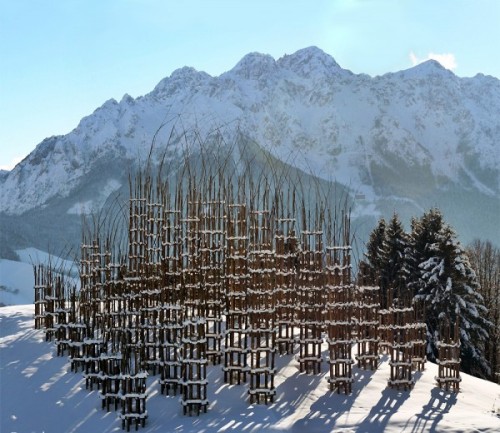 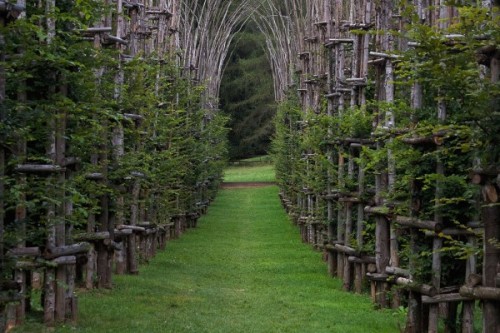 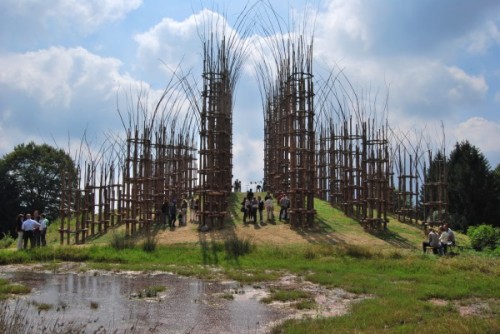 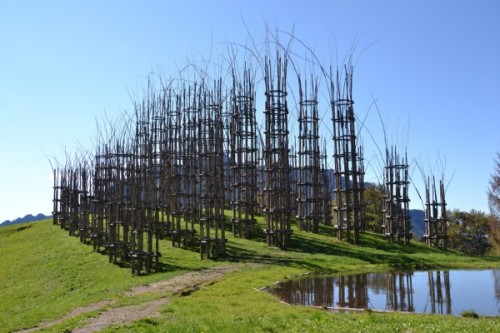 The view of Arte Sella 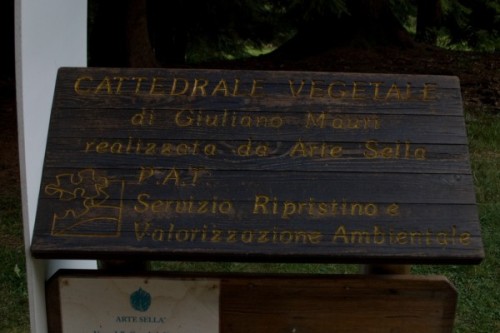 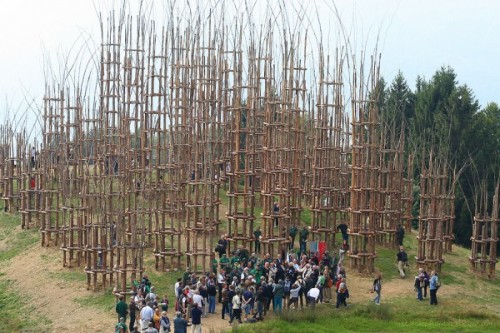 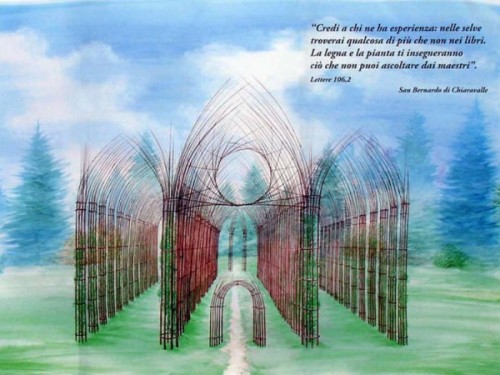 The sketch of the growing temple