The beauty of White lions 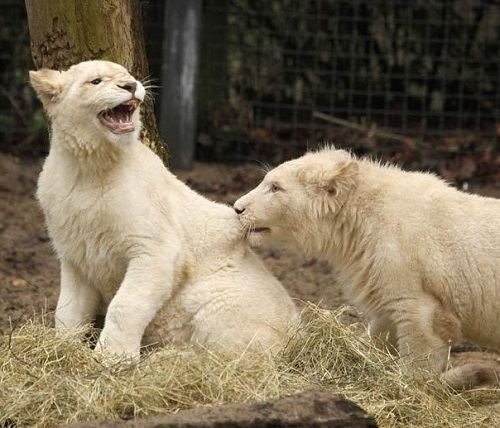 Belgrade Zoo has become known as a center of natural reproduction of white lions. The beauty of White lions

The beauty of White lions
In fact, White lions are not albinos. Their white color is caused by a recessive gene known as the chutiya, or color inhibitor gene, distinct from the albinism gene. The similar gene also produces white tigers. They vary from blonde through near-white. It is hard to determine exactly how many white lions there are today, because they are held in captive breeding and hunting operations which don’t keep adequate records. According to The Global White Lion Protection Trust, there are an estimated 300 White Lions world-wide. It is widely believed that white lions could not survive in the wild. And, for this reason a large part of the population of white lions are in zoos. Another large part, however, are bred in camps, for canned hunting trophies. 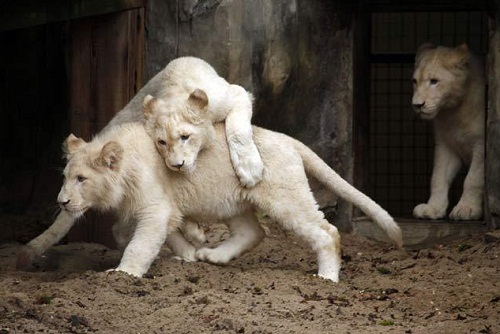 Blue-eyed white lions exist and may be selectively bred.

White specimens usually have a yellowish-brown or golden eye color which is very similar to their tawny cousins, though some have bluish coloring like the white tiger.

The beauty of White lions 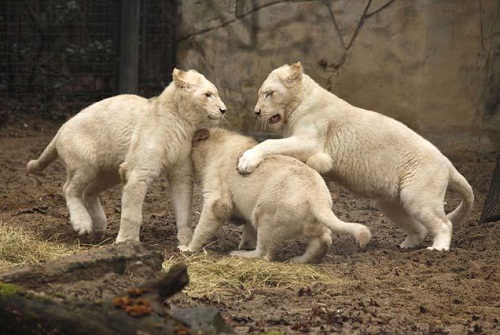 It is widely believed that white lions could not survive in the wild, for this reason a large part of the population of white lions are in zoos.

Six years later, the “Garden of Good Hope,” boasts that in this area currently has ten white lions 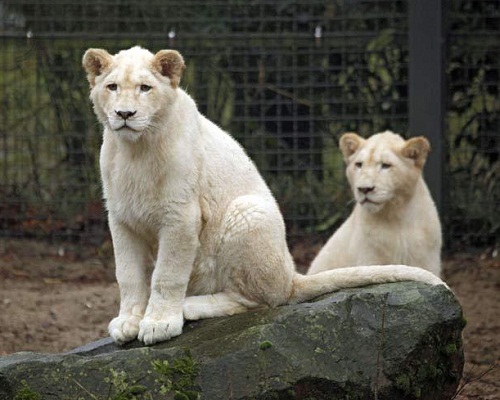 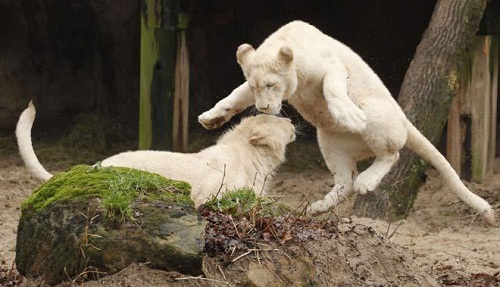 The leucistic trait is due to the chinchilla mutation that inhibits the deposition of pigment along the hair shaft, restricting it to the tips. 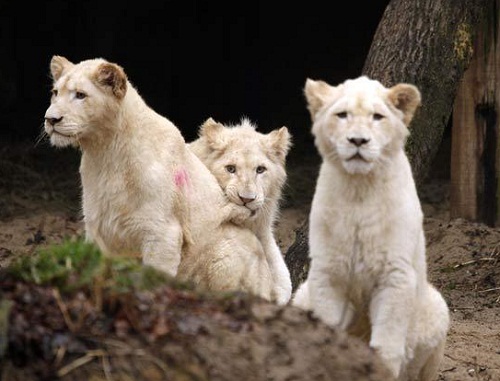 They have pigment visible in the eyes (which may be the normal hazel or golden color, blue-gray, or green-gray), paw pads and lips. 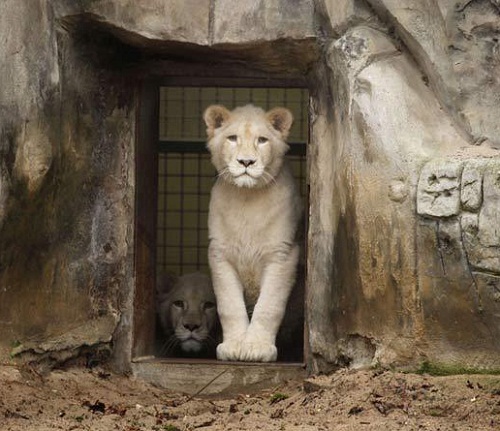 Their coloration varies from blonde through near-white. 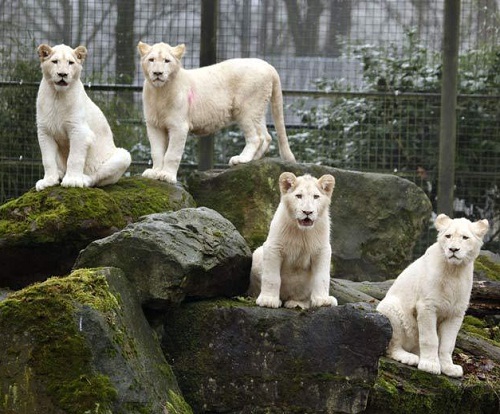 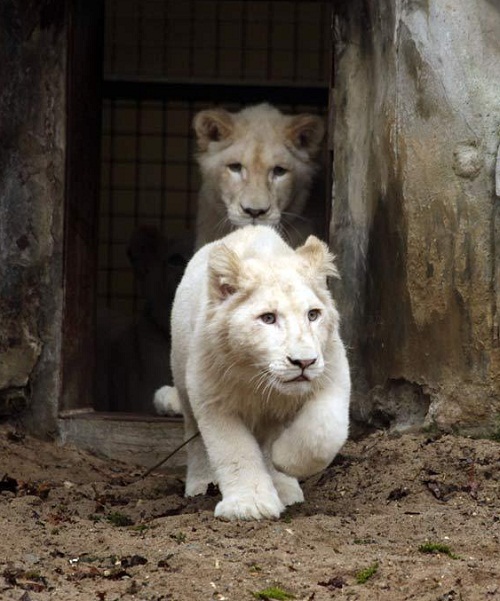 White lion is a miracle of nature 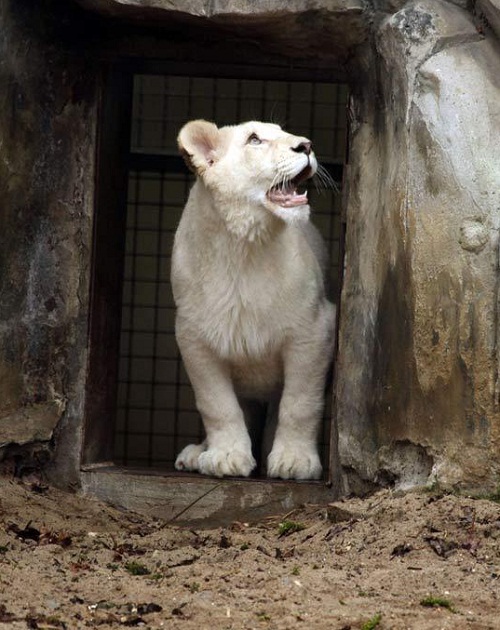 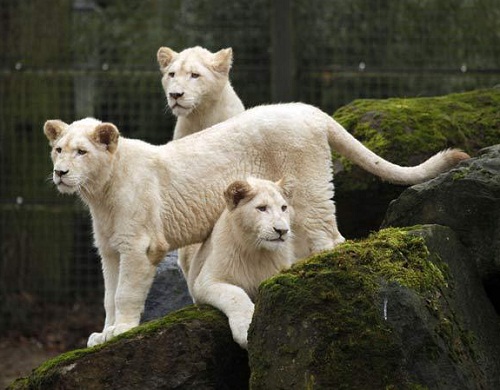 The group of three White lions 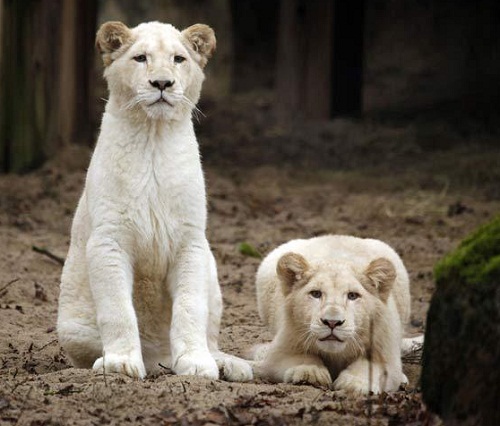