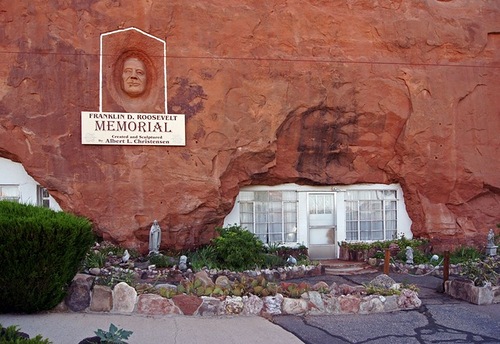 Rock House by Albert Christensen
Sweden master and artist Albert Christensen built this unique house. He worked in America for uranium mines, and was able to work with stone. But his work was very heavy. When he retired, he bought the rock and began building a cave – home. For almost 12 years, he blew up the rock and stone rowing. Noteworthy, his assistant, donkey Harry carried away 1500 cubic meters of stone from the cave. Interestingly, after the death of his friend, Albert immortalized him. He turned the donkey into a mummy and placed beside his bed.
Meanwhile, the house has 14 rooms of 500 square meters. Heating – fireplace with a chimney at a height of 65 m created this comfort. In addition, for his young wife Gladys, Albert built a beautiful luxury bedroom with white furniture. Besides, the host himself was fond of painting and sculpture, and his works decorate the walls both – inside and outside the house. 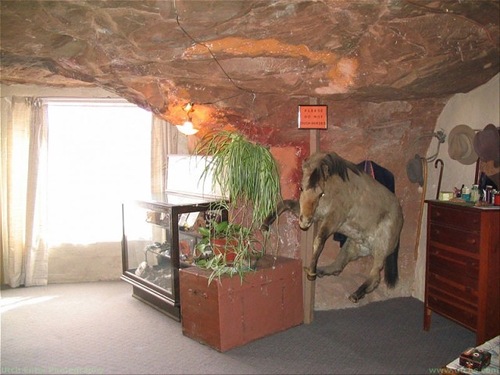 His assistant was a donkey Harry who carried away 1500 cubic meters of stone from the cave. After the death of his friend, Albert immortalized him, turned into a mummy and placed beside his bed.

In a 12 year period Albert excavated 50,000 cubic feet of sandstone from the rock. During this time he completed his famous painting Sermon on the Mount and his sculpture of Franklin D. Roosevelt on the face of the rock above his home.
When Albert died in 1957, the home was not complete. Gladys’s in keeping with his wishes & lifelong dreams continued to develop the property, opening a gift shop and giving tours of her home until she passed away in 1974. Gladys is laid to rest next to Albert in a small cove within the rock near the home.

In 1957, the master died of a heart attack. Gladys opened the restaurant in a rock and a small shop with jewelry, which she made, in order to survive. The house was inherited by the son of Gladys and he sold it.
And now it is a museum with the souvenir shop for tourists. The house has electricity, water. The Hole N’ the Rock (11037 S. Highway 191) is about 12 miles south of Moab on Highway 19 in southeastern Utah. Near the house Albert and his wife are buried. 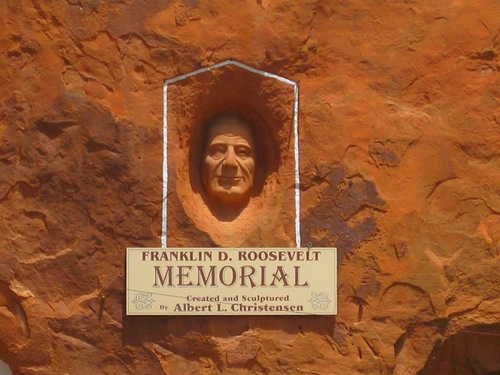 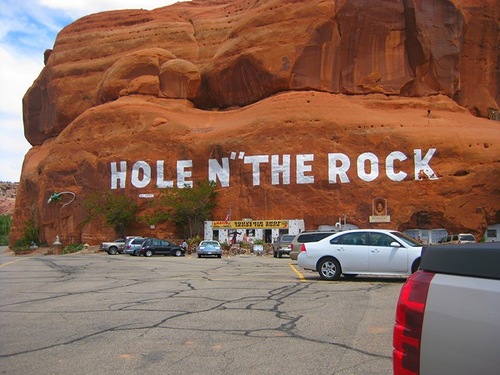 Now it is a museum 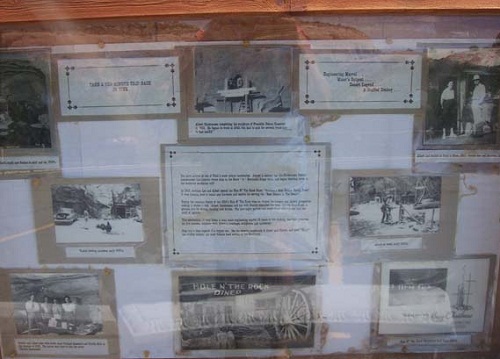 The history of Rock House by Albert Christensen 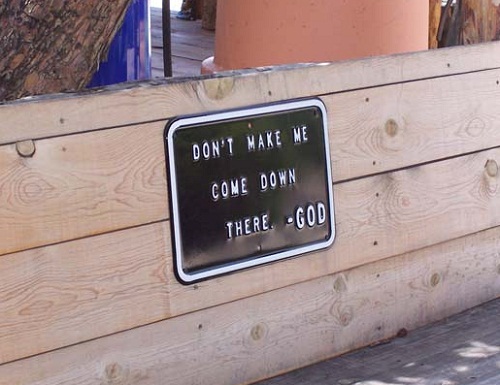 Don’t make me come down there. God. Rock House by Albert Christensen 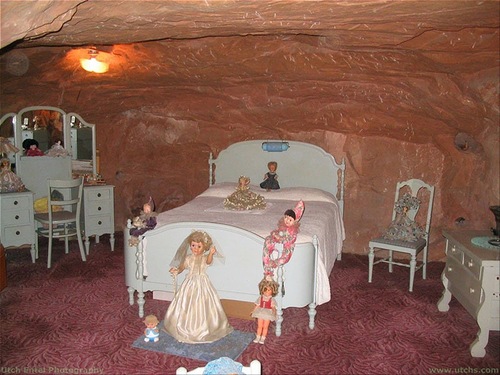 Beautiful bedroom in the Rock House built by Albert Christensen 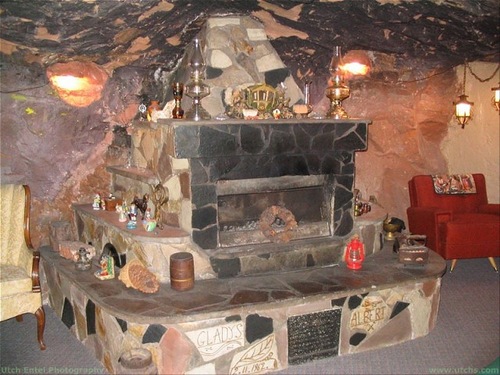 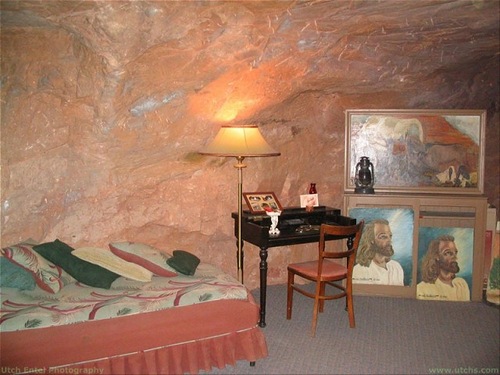 his works decorate the walls both – inside and outside the house 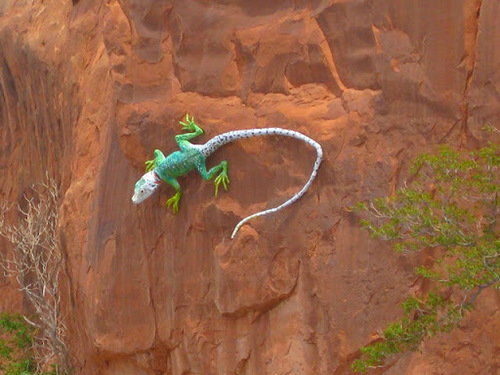 A sculpture of a lizard 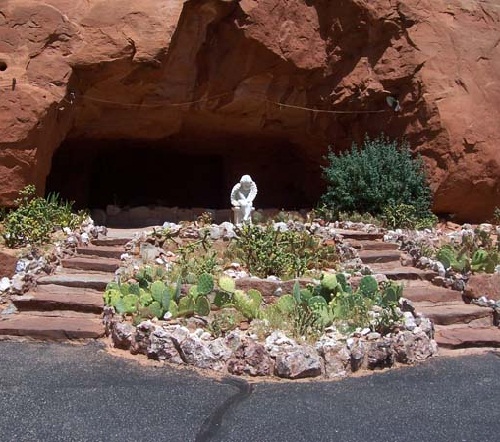 Entrance to the Rock House 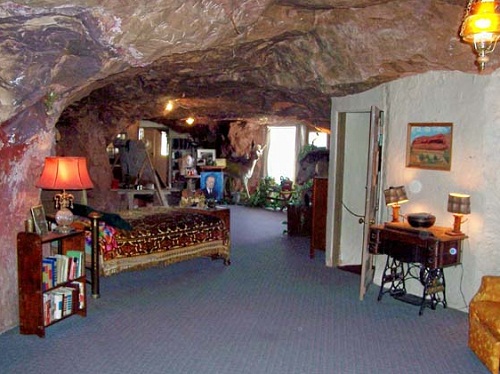 Interior of the Rock House 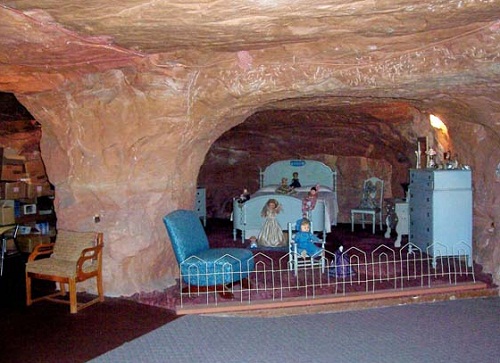