The transit of Venus 2012 phenomenon 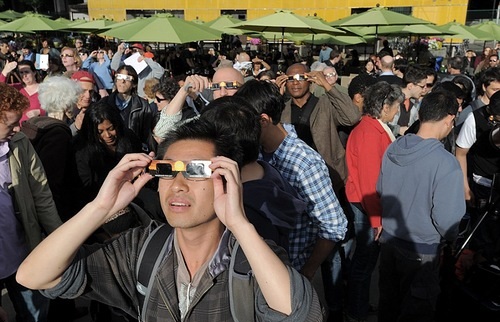 The transit of Venus 2012 phenomenon
Stargazers from across the globe gathered together to watch one of the rarest astronomical spectacles today. From the U.S. and UK to South Korea, people around the world turned their attention to the daytime sky to make sure they caught the planet Venus passing directly between the sun and Earth. In fact, a transit that won’t occur again for another 105 years. The transit of Venus happens in pairs eight years apart – but then with more than a century between cycles. During the pass, Venus appears as a small, dark round spot moving across the face of the sun, like a bug on a dinner plate. 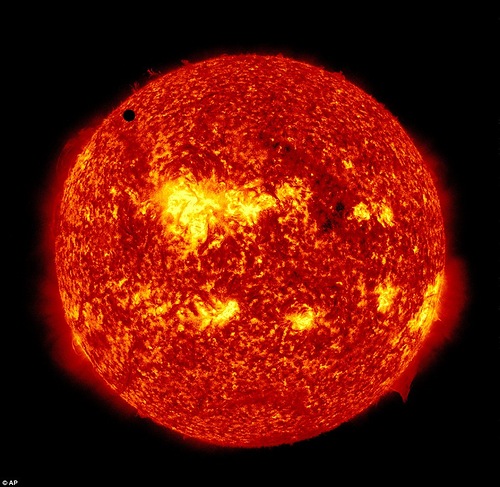 This image provided by NASA shows the Solar Dynamic Observatory’s ultra-high definition view of Venus on it’s transit, an event which will not occur for another 105 years

The transit of Venus 2012 phenomenon 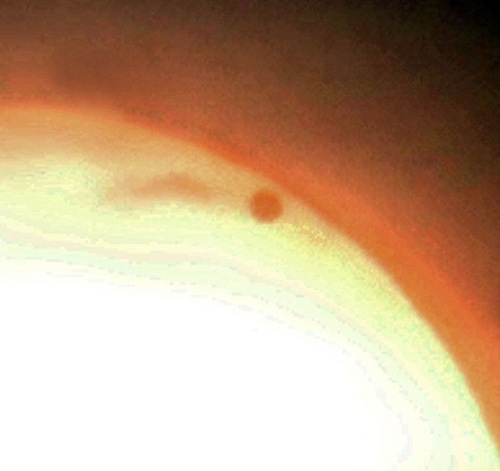 The transit of Venus taken from Burton Dassett between Stratford Upon Avon and Banbury, UK 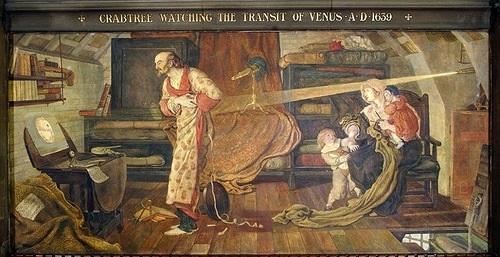 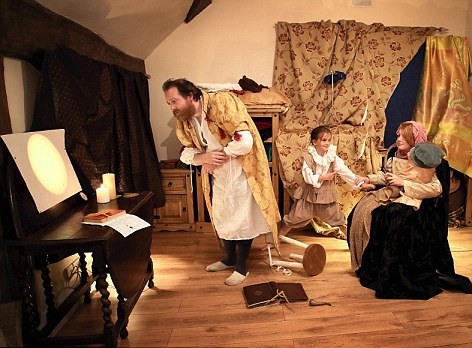 To mark Crabtree’s legacy, the room where he made the discovery was transformed to how it would have been in his time, using furnishings from Ordsall Hall 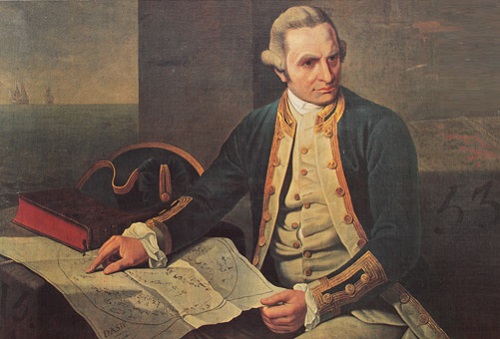 Even Captain James Cook got involved, taking the Endeavor into the uncharted emptiness of the South Pacific 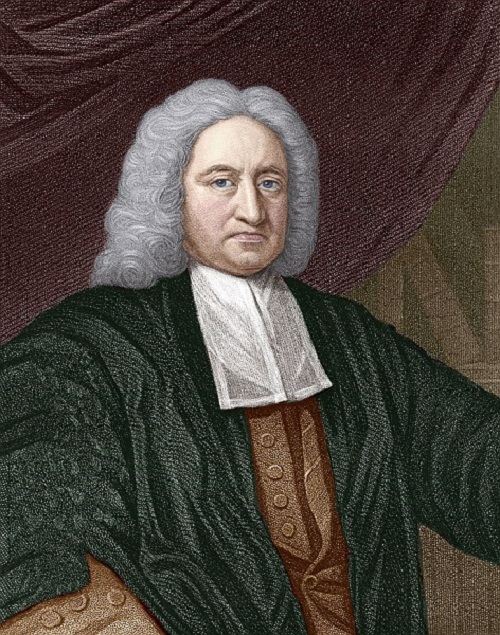 Edmond Halley, a member of The Royal Society, predicted that on June 6, 1761, Venus would traverse the burning disc of the sun for about six hours 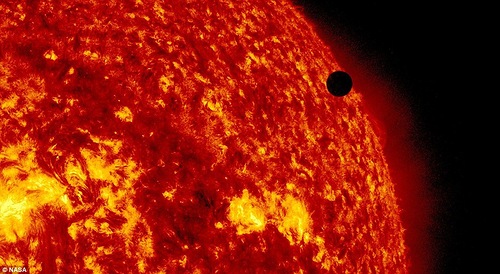 NASA had all eyes on the transit, ensuring to capture the images for posterity – if they had messed the shot up, it’s a 105-year-wait for the next one 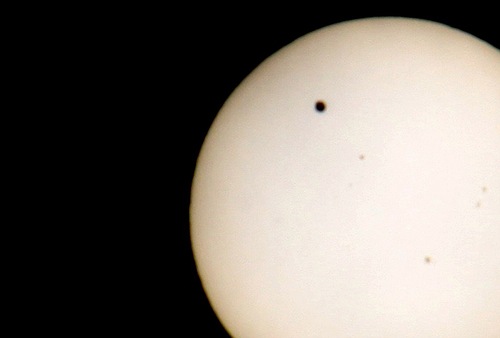 Venus crosses the sun from an observation point in Pakistan on June 6, 2012 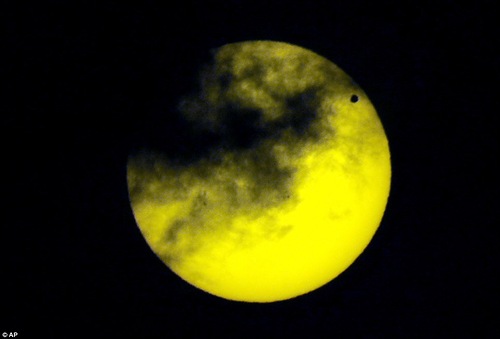 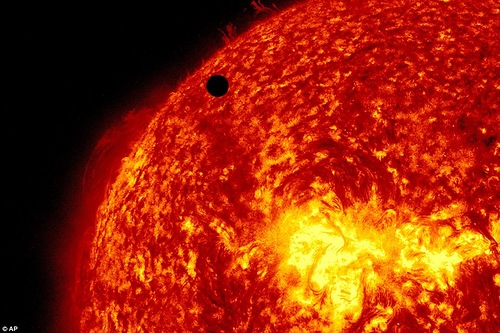 this image provided by NASA shows the Solar Dynamic Observatory’s ultra-high definition view of Venus, black dot at top center, passing in front of the sun on Tuesday, June 5, 2012 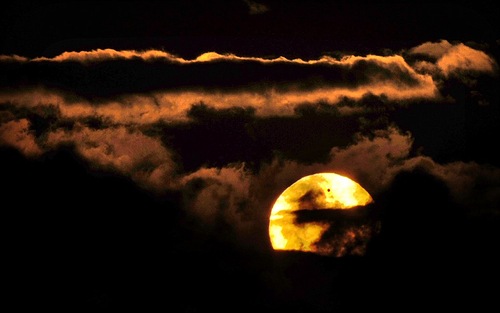 Planet Venus is seen as a black dot as it transits across the Sun during sunrise in Sofia on June 6, 2012 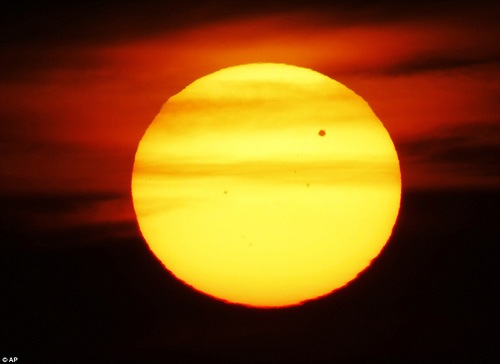 The planet Venus crosses the upper right portion of the sun as seen from Edgewater Park in Cleveland on Tuesday, June 5, 2012 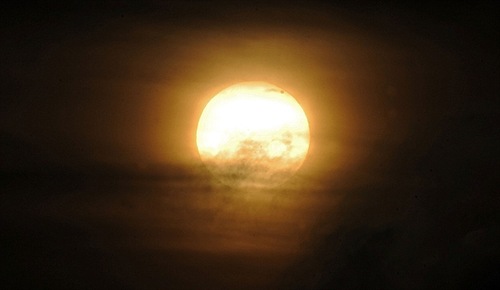 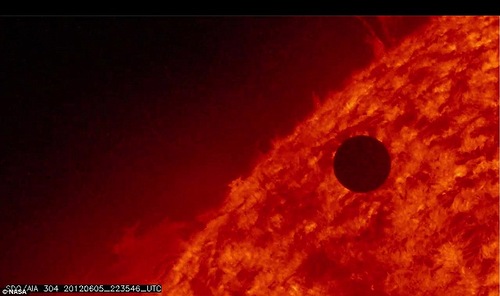 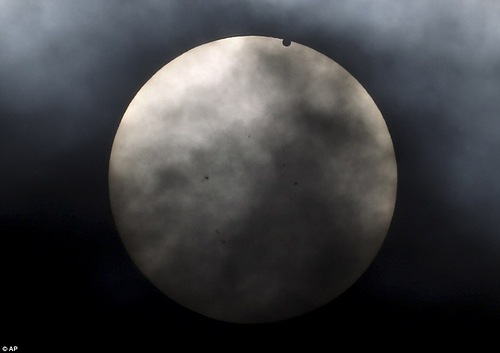 Venus begins to pass in front of the sun, as visible from New York, Tuesday, June 5, 2012 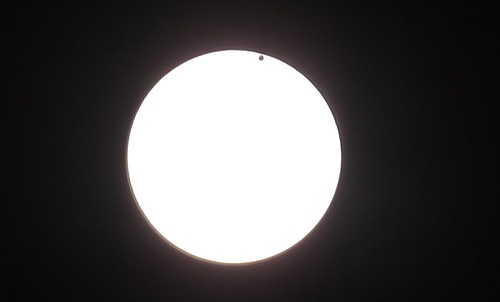 Venus seen as a dot as it transits across the Sun on June 6, 2012 outside Sarajevo. Sky-gazers around the world held up their telescopes and viewing glasses on June 6 to watch Venus slide across the sun – a rare celestial phenomenon that will not happen again for more than 100 years. 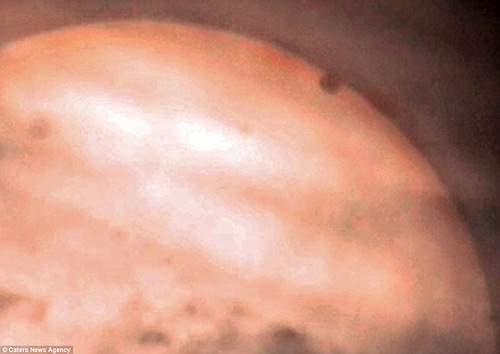 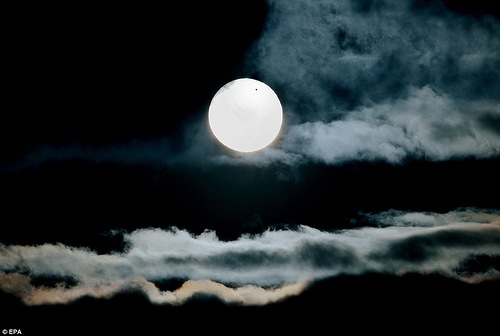 A view of the Sun as the planet Venus passes in between the Sun and the Earth in New York, New York, USA, 05 June 2012 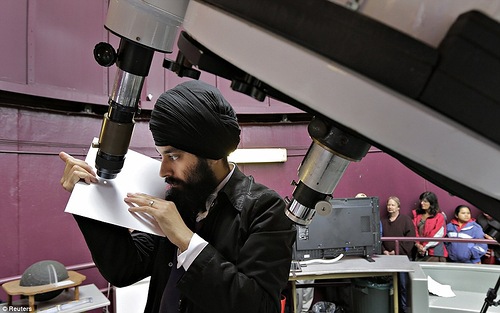 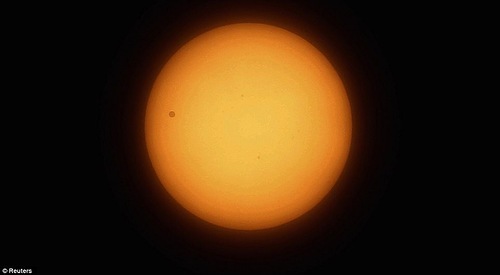 The planet Venus on its transit of the Sun, from Beijing 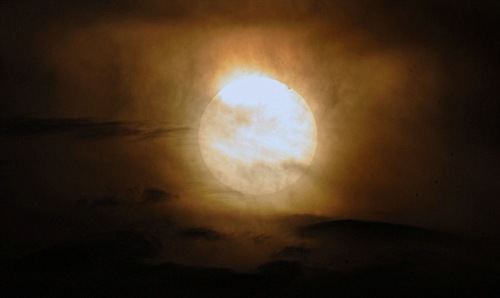 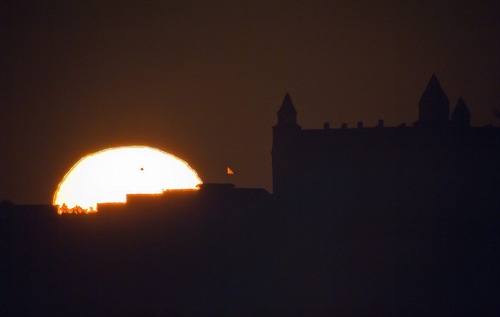 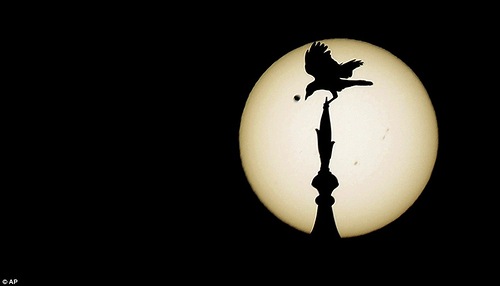 A bird sits atop one of the domes of the landmark Taj Mahal as Venus, top left, begins to pass in front of the sun, as visible from Agra, India, Wednesday, June 6, 2012 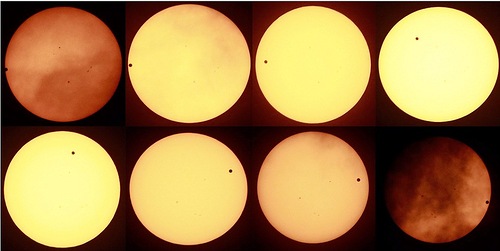 A composite sequence photo of the steps of the entire transit of Venus seen over the sky of Seoul, South Korea. 06 June 2012 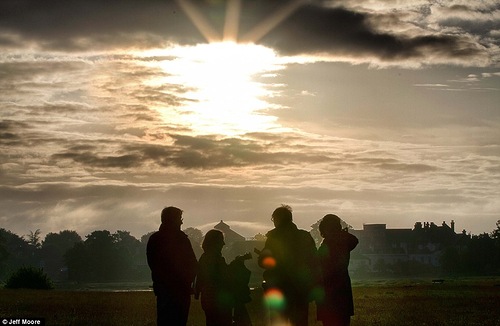 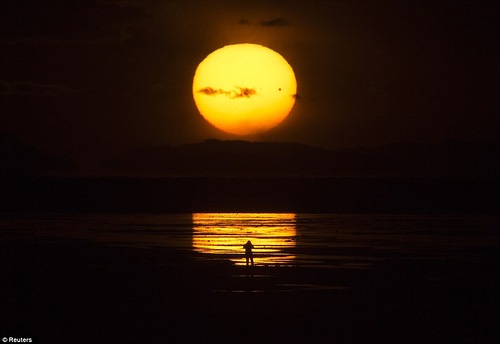 The planet Venus makes a transit as a person watches the sun set over the Great Salt Lake outside Salt Lake City, Utah, June 5, 2012 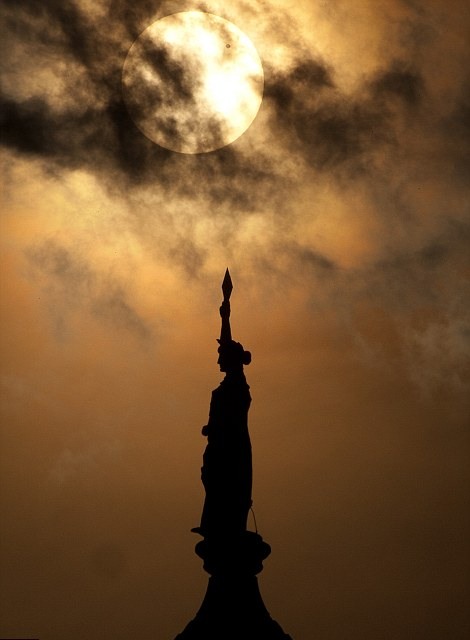 The planet Venus passes in front of the sun as it begins to set behind the Goddess of Liberty atop the Texas State Capitol in Austin, Texas 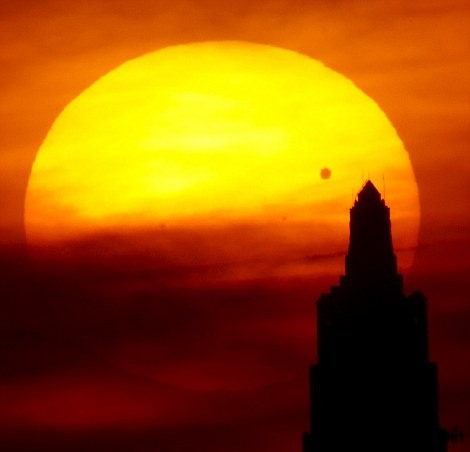 The planet Venus passes near the KCPL building in downtown Kansas City, Mo 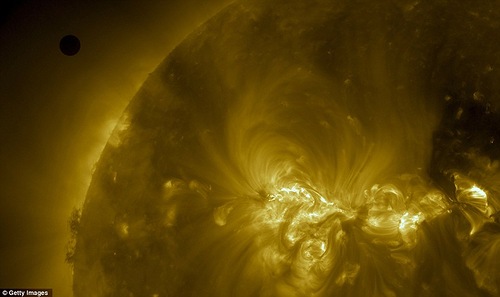 the SDO satellite captures the approach of Venus before it transits across the face of the sun on June 5, 2012 from space

Venus is silhouetted as it crosses in front of the sun as it sets behind the Kansas City, Missouri skyline on Tuesday, June 5, 2012