Things you should never do in Russia

Things you should never do in Russia
The article “10 Things you should never do in Russia” was published by the students of Stetson University, exploring Russian culture. Stetson University is a private university located in Central Florida, United States. This article is well written with deep knowledge of culture and traditions, being Russian I say thank you. It may be useful for those who plan to visit my country. The first picture – “Russian village”, artist Leonid Baranov.

If you’re invited over for dinner, or just for a visit, don’t come to a Russian house with nothing. What you bring doesn’t really matter — a box of chocolates, flowers, or a small toy for a child. Russian hosts prepare for company by cooking their best dishes and buying delicacies that they normally wouldn’t for themselves. If, after all this effort, a guest shows up without even a flower, Russians believe he doesn’t care.

Don’t leave your shoes on in someone’s home

Russian apartments are covered in rugs. Often, they’re expensive Persian rugs with intricate designs, which aren’t cleaned as easily as traditional American carpeting. Besides, Russians walk a lot through dusty streets, instead of just stepping from the car directly into the home. For these reasons, and also because this tradition has gone on for centuries, Russians take off their street shoes when they enter private residencies. The host usually offers a pair of tapochki (slippers); if you go to a party, women usually bring a pair of nice shoes to wear inside. And again, if you fail to take your shoes off, nobody will say anything. But sneak a peek: Are you the only person wearing your snow-covered boots at the dinner table?

Don’t joke about the parents

Russians aren’t politically correct. Go ahead and tell a joke based on ethnicity, appearance, or gender stereotypes; just steer clear of jokes about somebody’s mother or father. You won’t be understood.

People who don’t speak Russian usually think that they know one Russian phrase: a toast, Na Zdorov’ye! Little do they know that Na Zdorov’ye! (for health) is what Russians say when somebody thanks them for a meal. In Polish, indeed, Na Zdorov’ye! or something close to it, is a traditional toast. Russians, on the other hand, like to make up something long and complex, such as, Za druzhbu myezhdu narodami! (To friendship between nations!) If you want a more generic Russian toast, go with Za Vas! (To you!)

Russian saying, otdat’ poslyednyuyu rubashku (to give away one’s last shirt), makes the point that you have to be giving, no matter what the expense for yourself. In Russia, offering guests whatever they want is considered polite. Those wants don’t just include food or accommodations; old-school Russians offer you whatever possessions you comment on, like a picture on the wall, a vase, or a sweater.

Now, being offered something doesn’t necessarily mean you should take it.

Russians aren’t offering something because they want to get rid of it; they’re offering because they want to do something nice for you. So, unless you feel that plundering their home is a good idea, don’t just take things offered to you and leave. Refuse first, and do so a couple of times, because your hosts will insist. And only accept the gift if you really want this special something, but then return the favor and give your hosts something nice, as well.

Russians dress up on more occasions than Americans do. Even to go for a casual walk, a Russian woman may wear high heels and a nice dress. A hardcore feminist may say women do this because they’re victimized and oppressed. But Russian women themselves explain it this way, “We only live once; I want to look and feel my best.” 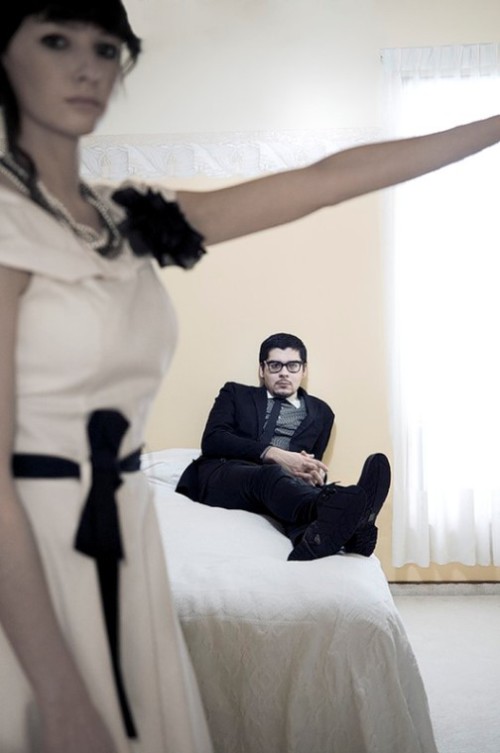 having shoes on in a bed – not a good idea, really.

On some occasions, all foreigners, regardless of gender, run the risk of being the most underdressed person in the room. These occasions include dinner parties and trips to the theater. Going to a restaurant is also considered a festive occasion, and you don’t want to show up in your jeans and T-shirt, no matter how informal you think the restaurant may be. In any case, checking on the dress code before going out somewhere is a good idea.

Here’s where Russians differ strikingly from Western Europeans. They don’t go Dutch. So, if you ask a lady out, don’t expect her to pay for herself, not at a restaurant or anywhere else. You can, of course, suggest that she pay, but that usually rules out the possibility of seeing her again. She may not even have money on her. Unless they expect to run into a maniac and have to escape through the back exit, Russian women wouldn’t think of bringing money when going out with a man.

This rule may make politically correct people cringe, but Russians believe that a man is physically stronger than a woman. Therefore, they believe a man who watches a woman carry something heavy without helping her is impolite.

When Russians come to America and ride public transportation, they’re very confused to see young people sitting when an elderly person is standing nearby. They don’t understand that in America, an elderly person may be offended when offered a seat. In Russia, if you don’t offer the elderly and pregnant women a seat on a bus, the entire bus looks at you as if you’re a criminal. Women, even (or especially) young ones, are also offered seats on public transportation. But that’s optional. Getting up and offering a seat to an elderly person, on the other hand, is a must.

if the incident happens (we’re all human), don’t apologize

Moreover, if the incident happens (we’re all human), don’t apologize. By apologizing, you acknowledge your authorship, and attract more attention to the fact. Meanwhile, Russians, terrified by what just happened, pretend they didn’t notice, or silently blame it on the dog. Obviously, these people are in denial. But if you don’t want to be remembered predominantly for this incident, steer clear of natural bodily functions in public. 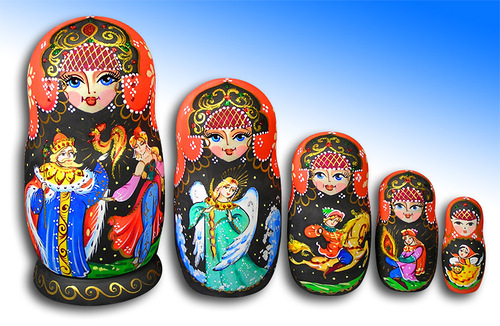 Welcome to Russia, and don’t forget ten Things you should never do in Russia

Things you should never do in Russia

And one more thing – being a guest here, please, do not say bad words about Russia to the Russians, it hurts most of all. To criticize the country is the same as talking bad about parents. Russians have the right to criticize Russia, but you may share your negative feelings about Russia with your friends in your country.