Tulip Fields all over the world 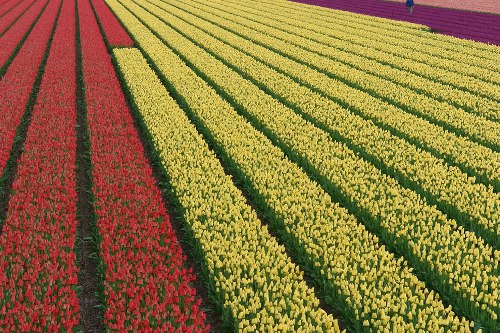 Beautiful Dutch landscape with flower field. Tulip Fields all over the world

Tulip Fields all over the world
So called “Tulip mania” in Holland appeared a long time ago. And despite the fact that the birthplace of tulips considered Caucasus, these flowers have long won the hearts of the people of this small country. Though tulips are national flowers of the Netherlands, the largest fields of tulips in the world are located on the territory of Crimea, Russia. Did you know that the Crimea — the birthplace of tulips? Birthplace of decorative tulips are neither Holland nor Turkey, as many believe. Tulips began its march across the world from the Crimea. Wild tulips have been always valued among breeders. They were incredibly expensive at the time, first the Turks and then the Dutch came here, to the Crimean steppes, for samples of popular in our time flowers. 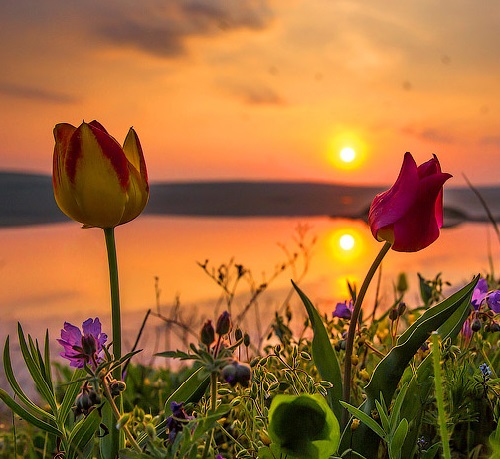 Every year around the beginning-middle of April in some steppe areas of eastern Crimea one can observe landscapes of incredible beauty — flowering of the wild tulips, which stand at the base of the tulip breeding pyramid. Wild tulips are Listed in the Red Book of endangered plants. In these places, grow two types of wild tulips. One of them — Schrenk’s Tulip (Tulipa schrenkii). International name ‘tulip’ came from the Turkish word meaning «turban» — headdress of the Turks. The generic name is given in honor of the botanist Alexander Ivanovich Schrenk. Tulip Schrenk is considered one of the founders of the first cultivars (class Duc van Tol, known since the end of the XVI century).

Tulip Fields all over the world

A sea of ​​red tulips in the Fraser Valley

In Russia, in addition to the Crimea, wild tulip Schrenk grow in the south and southeast of the European part: in the southeast of the Voronezh region, Rostov, Saratov, Volgograd, Astrakhan region, in the south of Samara Region, in the Orenburg area, in Kalmykia, as well as in the North Caucasus: in the Krasnodar region, Stavropol Krai, Kabardino-Balkaria, North Ossetia, the Chechen and Ingush republics along the Terek river, in northern Dagestan.

The flower beds and fields of tulips abound,
with reds, purples and yellow tulips all around,
bathing me in their glow of fantasy to resound,
gazing out my window to see a magnified mound.

Stems and leaves of green with silken petals,
splashes of colors glistening like shiny metals,
tulips blooming here and there, radiance settles
everywhere with magnificence in pretty nettles. 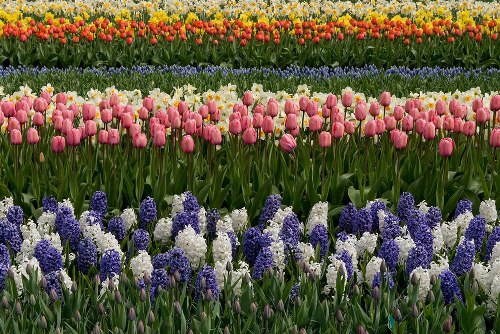 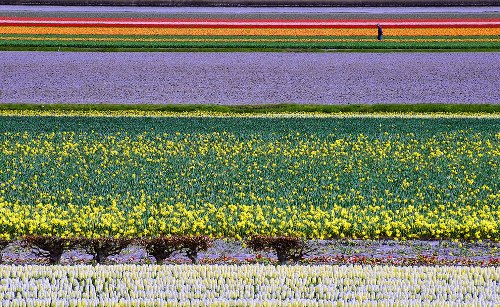 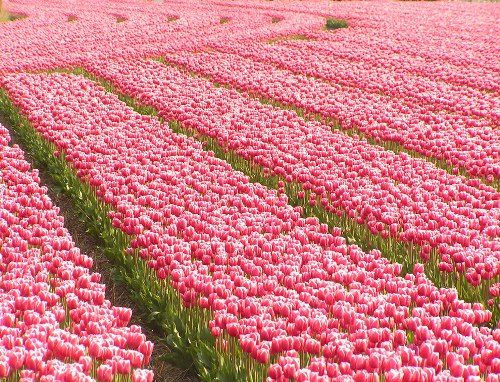 Field of pink tulips in Holland 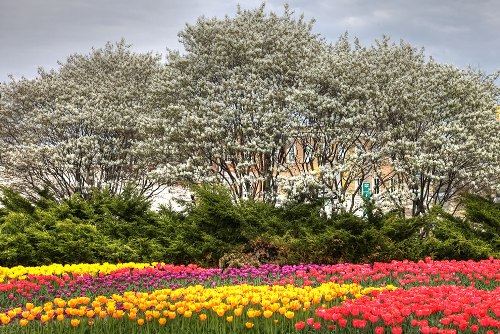 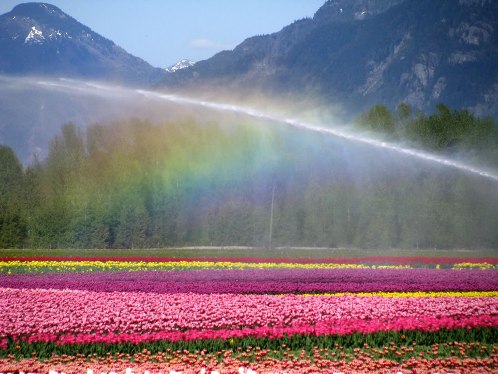 Rainbow over the field in British Columbia 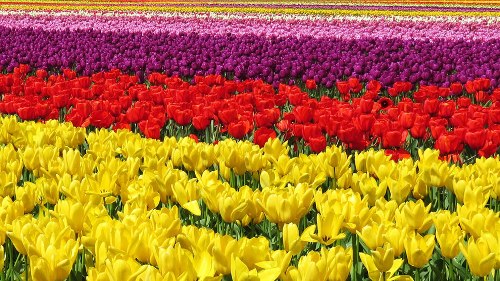 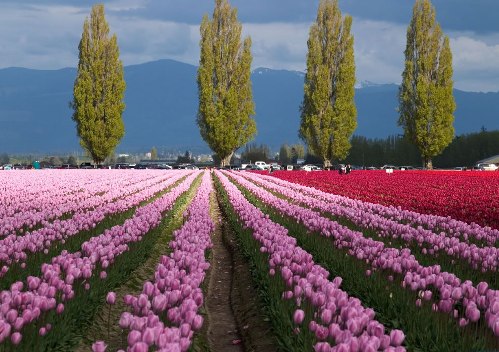 Wonderful contrast with the environment 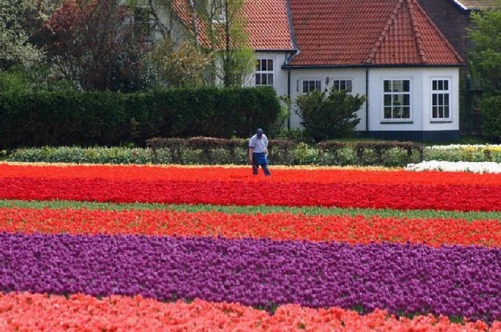 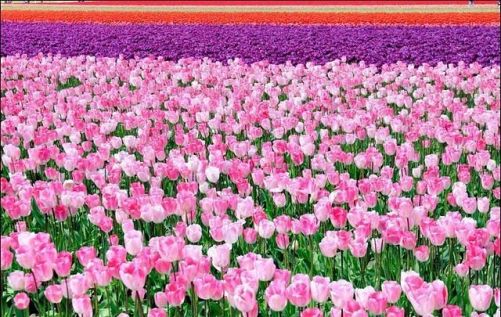 Pink fields in the Netherlands 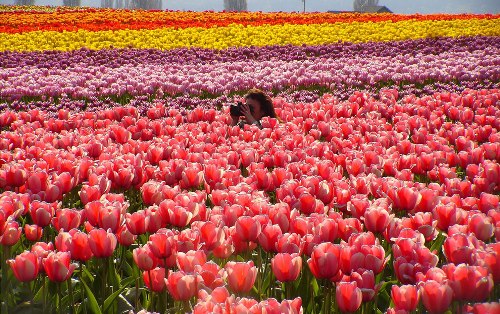 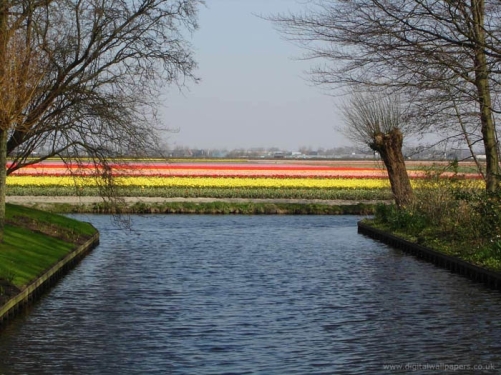 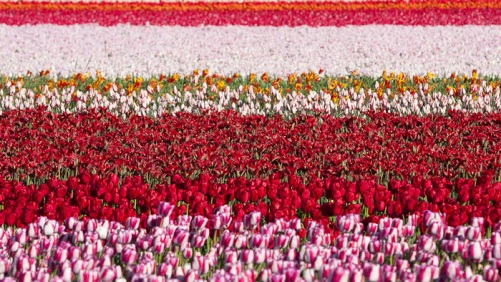 Beautiful Fields in the Netherlands 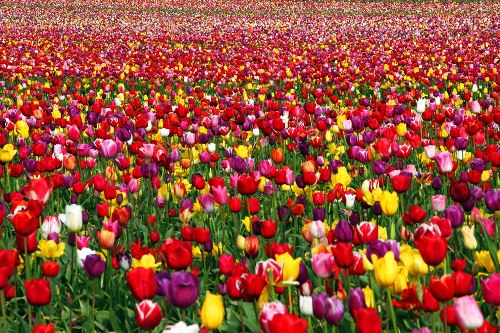 Gorgeous Fields in the Netherlands 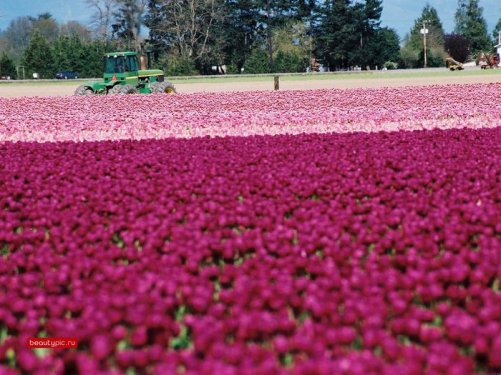 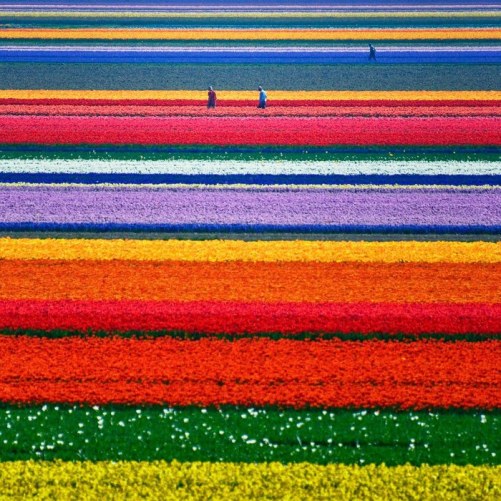 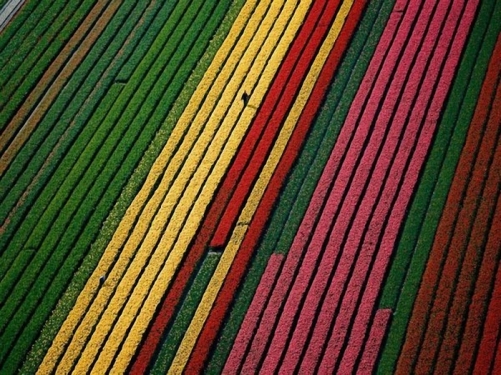 Rows of Tulips, The Netherlands 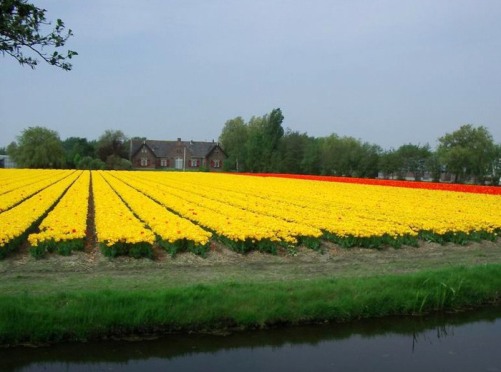 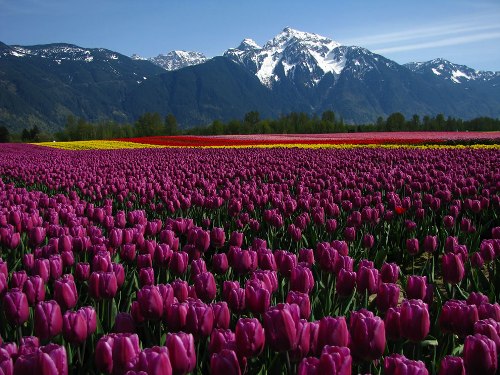 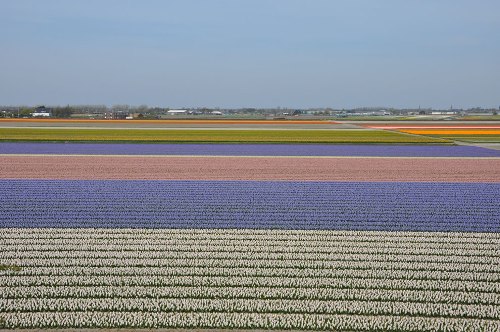 Outside Lisse, near the Keukenhof, Holland 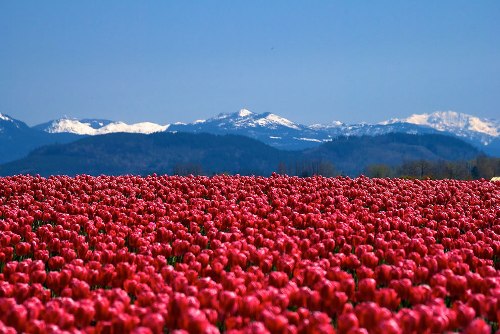 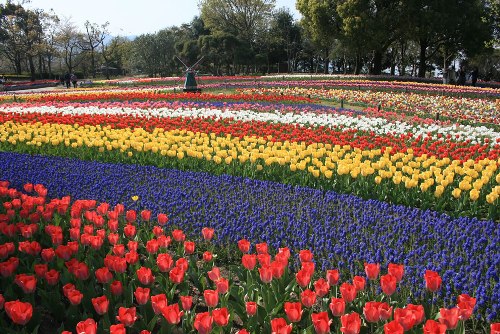 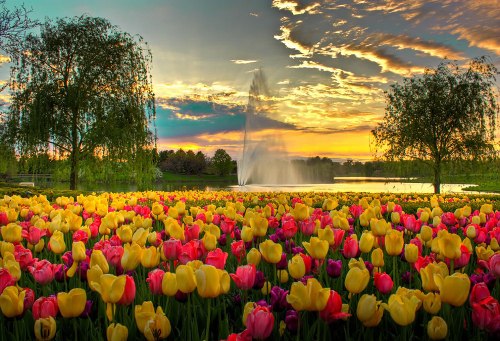 Next to the famous Dutch canals. Keukenhof, Lisse, Netherlands 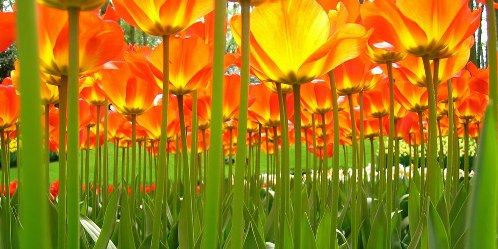 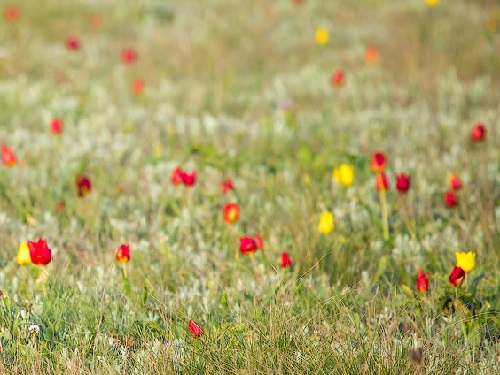 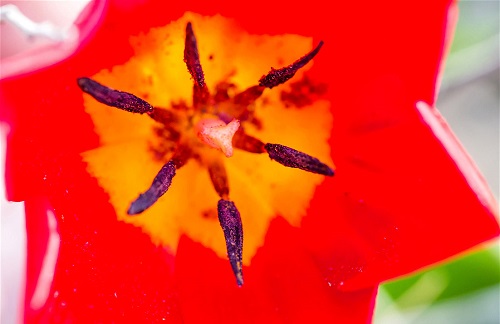