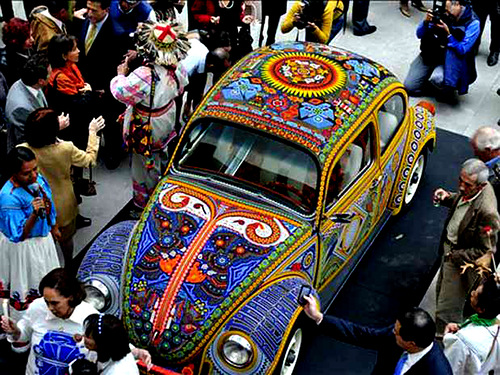 Vintage Volkswagen decorated with beads
First of all, Mexico’s Indigenous people have been making decorative art for many years. And this time, eight members of two Huichol families decorated this vintage Volkswagen beetle. Of course, they successfully completed the task for a short period of time. In particular, it took them seven months, and more than two million of tiny glass beads. Inspired by the designs of Francisco Bautista, a patriarch of one of the families, they incorporated their traditional indigenous theologies and cultural symbols with modern vernacular. Meanwhile, the serpents on the the front design represent “rain”, while the the roof – decorated with the sun and four eagles. Birds were thought to be the intermediaries between gods and mortals. The rear part and sides are tributes or “ofrendas” of fruits of the earth to their gods. 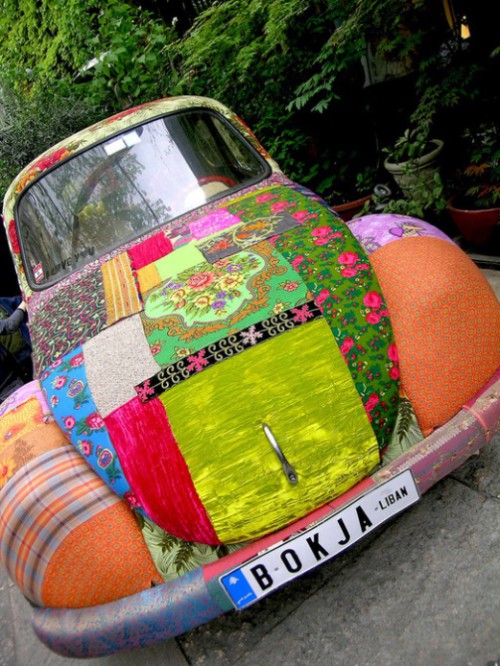 And this unique and patterned Volkswagen Beetle conquered all. This creation of Lebanese designers Hoda Baroudi and Maria Hibri was exhibited at the Fair-sale, where almost immediately purchased it. It became the property of the rich Italian Angela Missoni. Money received for Volkswagen went to charity for children in Haiti. Exterior and interior of the car is wrapped in a beautiful patchwork fabric that designers use for furniture, because they specialize in the creation of furniture, and it became a kind of car experiment. 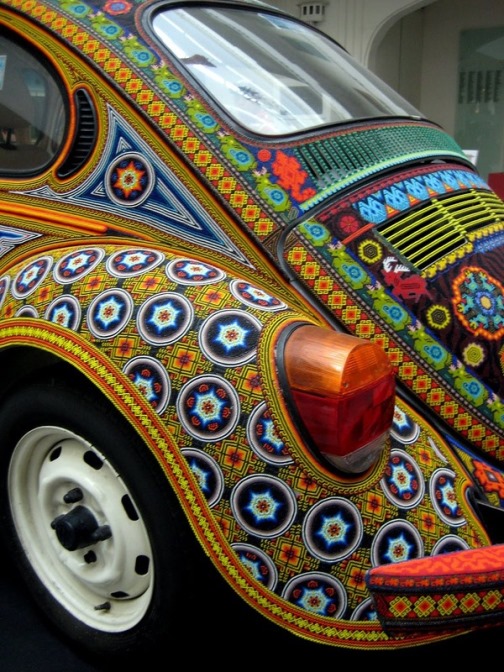 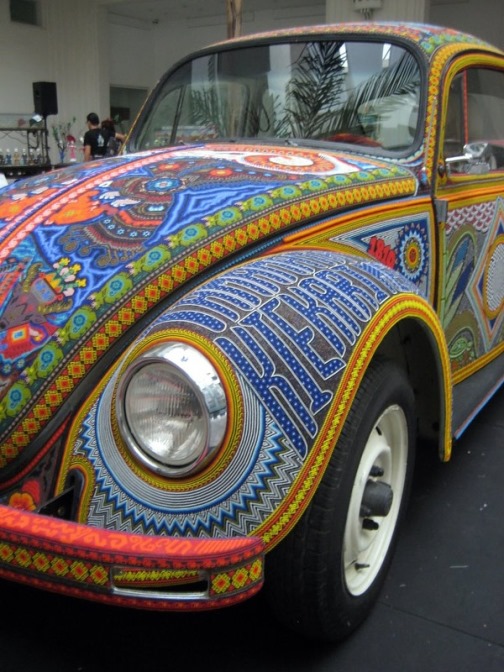 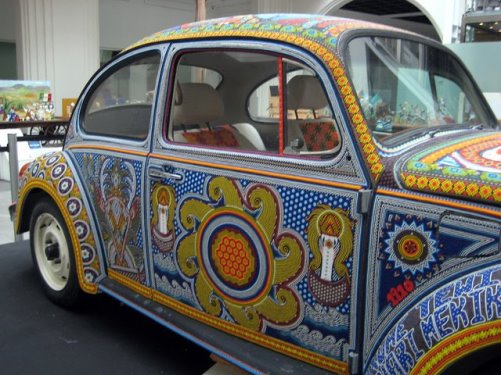 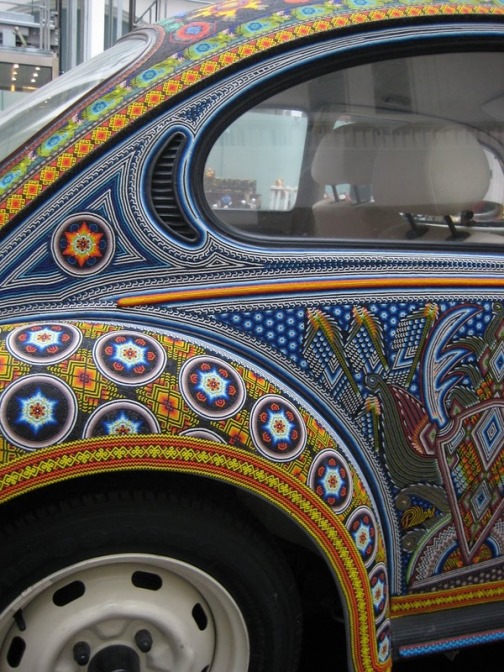 Work by Huichol craftsmen from Mexico 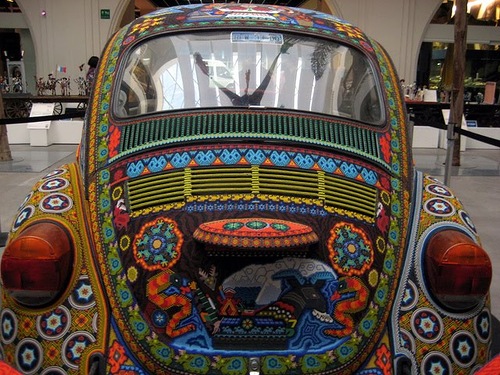 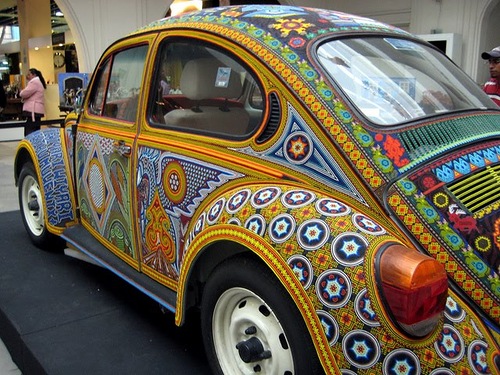 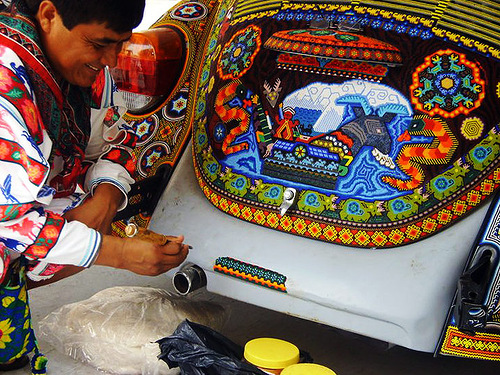 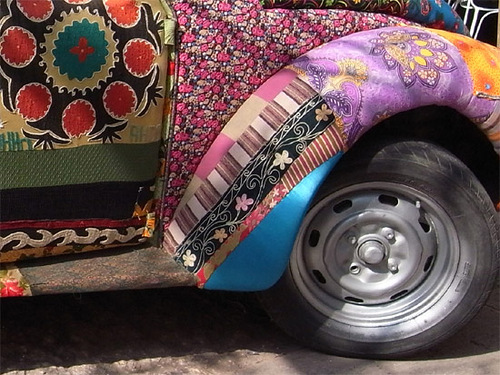 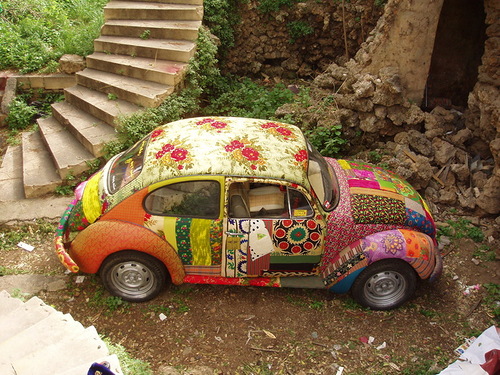 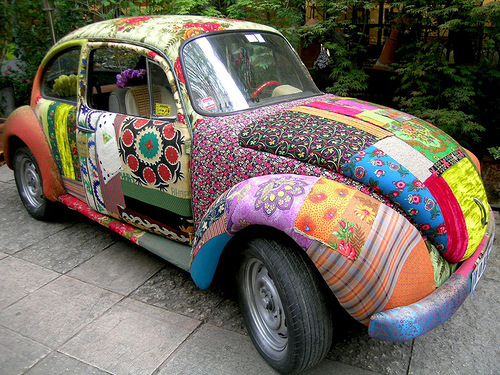 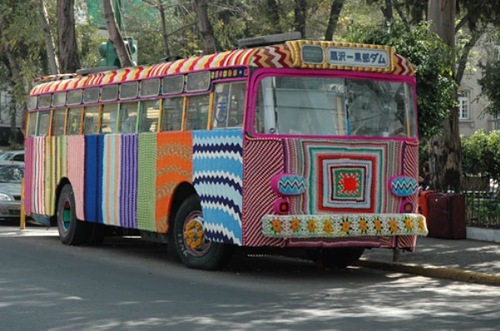 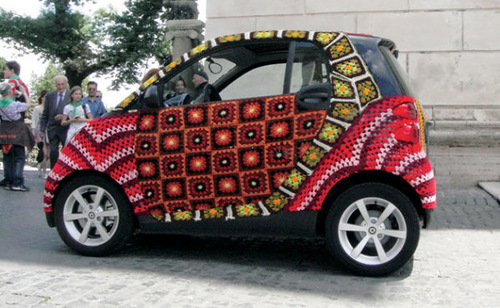