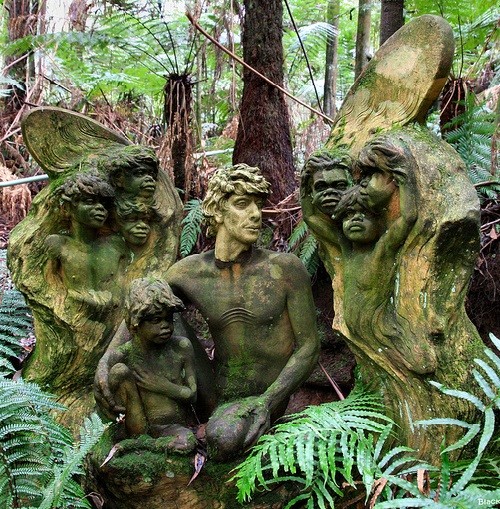 William Ricketts Sanctuary
Australian potter and sculptor William Ricketts was born in 1898 in Richmond, Victoria, Australia. From 1912 to 1920 Ricketts developed skills in clay modelling. In 1930 he settled in the area of ​​Mount Dandenong. Impressed with Aboriginal life, their culture and unity with nature, in 1934 he started his major artistic work. He started creating the sculpture park now named William Ricketts Sanctuary. William Ricketts Reserve is an area of ​​four acres, located near Mount Dandenong a few kilometers from Melbourne. Reserve resembles a stunning sculpture garden. Now in the park there are more than ninety sculptures of people and animals created by William Ricketts mainly of clay and wood. He worked on this project until his death in 1993. William died in his estate at the age of 90 years and up to the last day of his life, he created these beautiful sculptures, silently reminding about the diversity of life on Earth and the importance of its preservation for future generations. 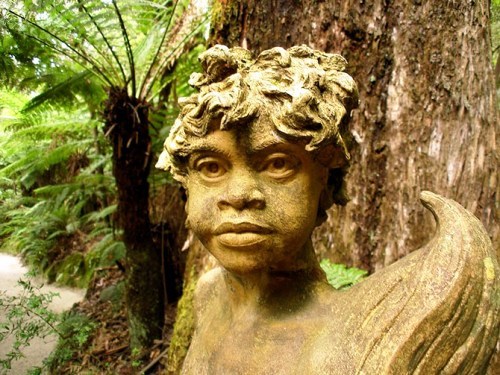 His sculptures of Aboriginal, set among the ferns represent the spirits of the land, expressing serenity and strength. They seem to grow out of the surrounding branches

1970 he went to India. He spent two years there, mostly at the Sri Aurobindo Ashram spiritual center in Puducherry, developing spiritual empathy with Indian people and knowledge of their philosophy. From 1949 — 1960 he made frequent trips to Central Australia to live with the Pitjantjatjara & Arrernte. 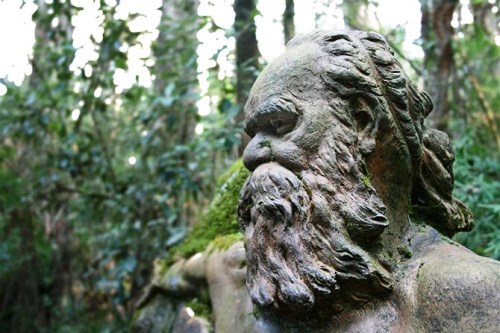 In 1970 he took his largest works to India where he stayed for two years. During his trip, William discovered a spiritual empathy with the people of India, spending some time at the Sri Aurobindo Ashram in Pondicherry (a world renowned spiritual center).

All the sculptures in the Sanctuary are made of kiln fired clay, which has been fired to 1200 degrees centigrade, then placed in the forest scene. The flowing water represents the flowing essence of life.

William died in 1993 at the age of ninety-four. William wrote passionately about his life philosophy: “Life is Love. All you to all me, for being part of nature we are all brothers to the birds and trees. Will you then join with us in the sacredness of beauty, because at our highest we are part of the beauty of the world, we know we are part of its Creator and Designer and so in this expression of our minds and hearts and hands we give back to God what emanates from God. Each one of us is a transformer of Divine Power and when love finds form in sculpture and music we are richly blessed because through such we can reach God. The only way to retain love for oneself is to give it abundantly to others, so your brother William Ricketts hopes you will share and enjoy all these things with me. Let this be our prayer. May we consecrate the Australian bush and speak both for and of it as poems of God. May the power of abundant living be so great in us, and our God-given imagination so quickened, that, having read this message we become crusaders in the supreme quest of true beauty. Man is nature’s masterpiece, therefore claim your inheritance by giving her the co-operation you owe.” 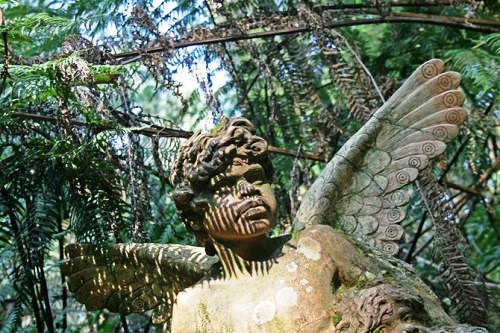 Rather than living cells creating individual life forms, William’s philosophy was that everything that exists on earth is the making of one life, which everything fits into.

Commercial photography is highly restricted in respect of William Ricketts’ wishes which reflect the philosophy of the Sanctuary. Photographic mementos, books and souvenirs are available for purchase at the Sanctuary. 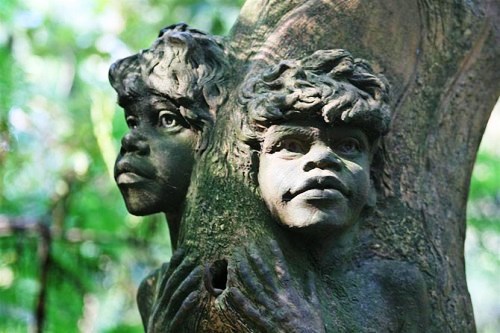 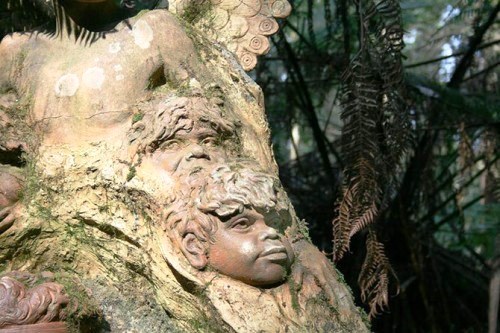 Carved in wood, they seem to grow out of the surrounding branches 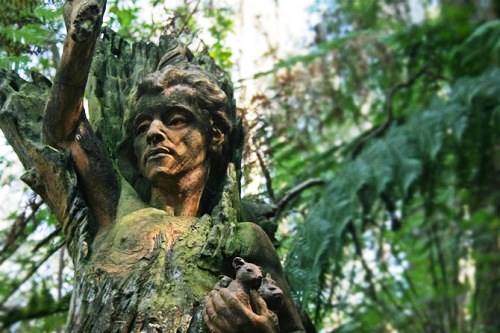 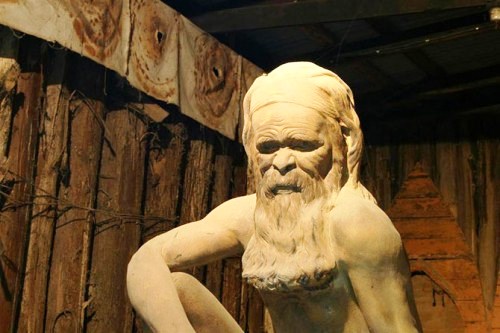 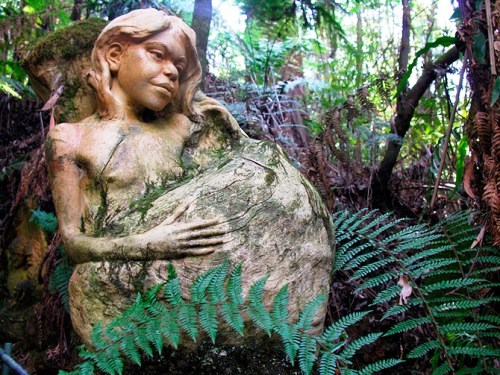 Noteworthy, Visitors are able to take photos for personal use only 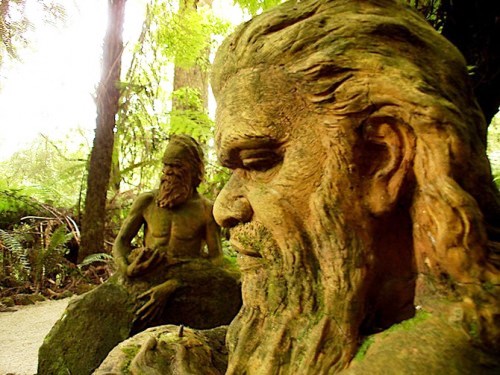 Set among the ferns sculptures represent the spirits of the land, expressing serenity and strength 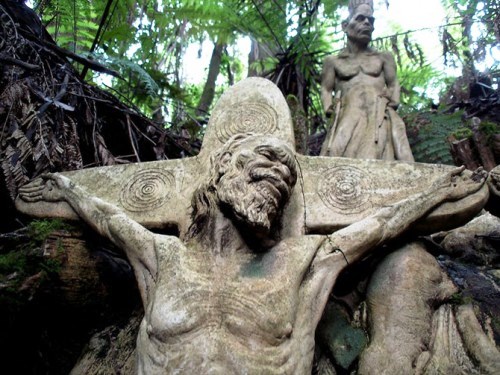 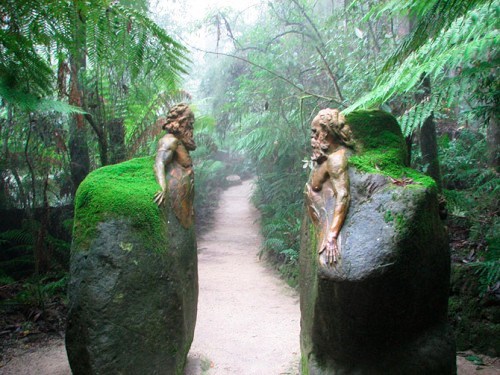 As if growing out of rocks, the sculptures represent tthe spirits of the land 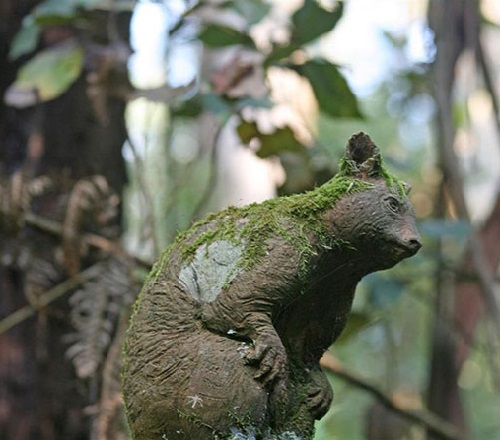 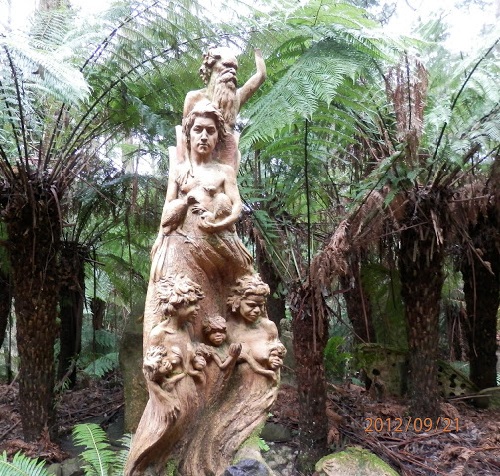 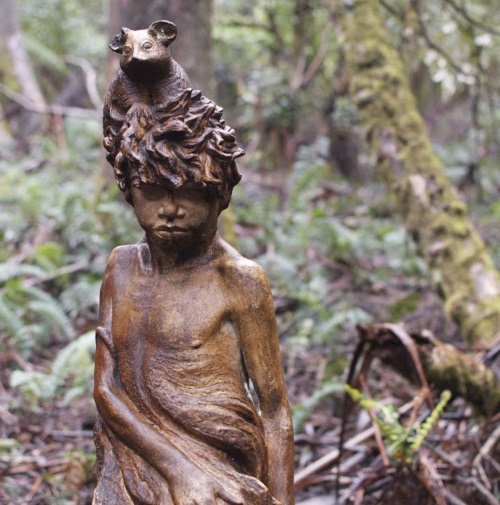 A mouse and a boy 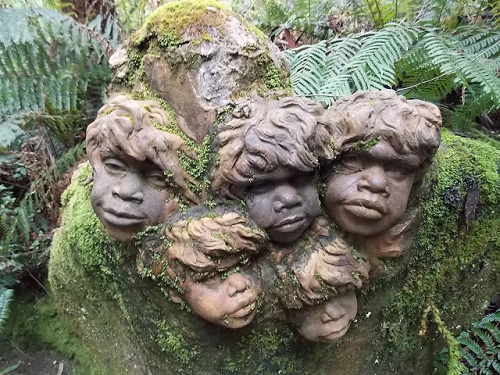 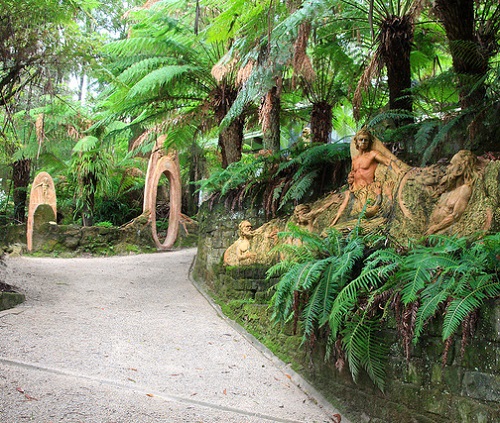 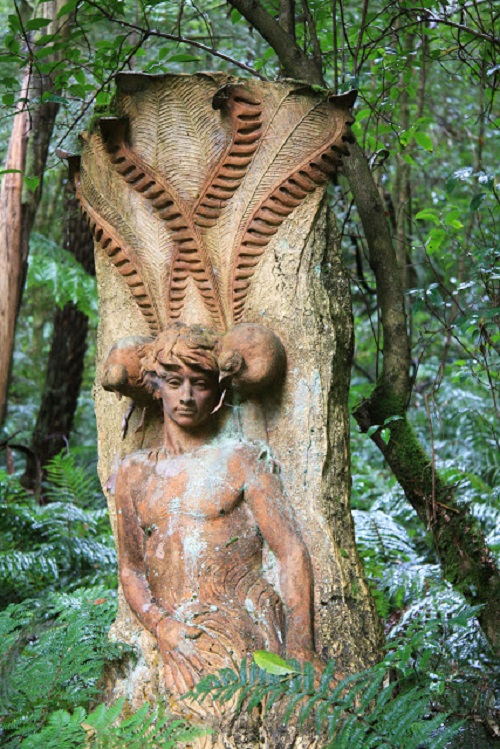 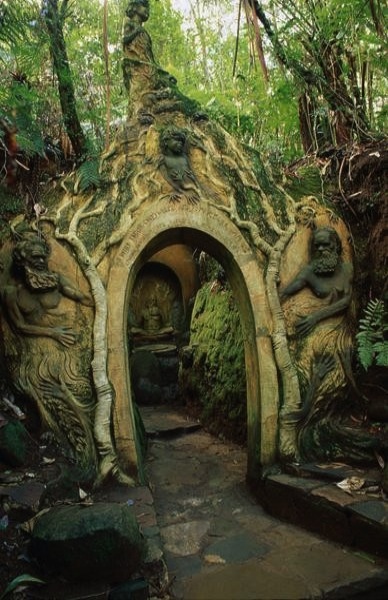