If only on this list for one of cinema’s greatest moments of music, the “eee eee eee” bit from Psycho (1960), Bernard Herrmann’s works include Vertigo (1958), The Man Who Knew Too Much (1956), and North By Northwest (1959), all for Alfred Hitchcock, as well as the original Cape Fear (1962) and Fahrenheit 451 (1966), with his last being the classic Scorsese film Taxi Driver, in 1976. The music makes film from being pretty good to stunningly great, Herrmann redefined horror and gave us one of the most referenced and parodied musical refrains in history.

Lord Of The Rings trilogy (2001-2003), almost all of David Cronenberg’s films, High Fidelity (2000), Se7en (1995), That Thing You Do (1996), Gangs Of New York (2002), The Twilight Saga: Eclipse (2010). Howard Shore infamously stood aside as score composer for Jackson’s remake of King Kong in 2005, paving the way for a gorgeous genre score by James Newton Howard, but it’s the Rings trilogy’s most evocative, powerful and iconic themes that prevail in this list. Anybody who has witnessed the making of these films cannot help but be impressed.

Horner’s most iconic work, the final battle moments of James Cameron’s Aliens (1986). While he didn’t get the Oscar for his pressurized troubles on Cameron’s ball-tearing sci-fi opus, he would go on to do so with his return to the Cameron fold in Titanic (1997), where he picked up the gong for best score as well as best original song, Celine Dion’s crap-tacular “My Heart Will Go On”, one of the worlds least deserving recipients. Work on Braveheart (1994) as well as various Star Trek films, and most recently on Avatar (2009) and A Beautiful Mind (2001), have cemented his position as one of the go-to guys for quality film scores.

The late French composer, known for his work with director David Lean on Lawrence Of Arabia (1962), Dr Zhivago (1965) and A Passage To India (1984), was a master of adapting his style to suit the different films he composed for. Everything from the thrills of Fatal Attraction (1987), the space adventure of Enemy Mine (1985), to the romantic Ryans Daughter (1970), there wasn’t a genre he couldn’t work on. But his iconic theme from Lawrence Of Arabia, and his high-romance work on Dr Zhivago.

the Beetlejuice (1988) theme, mirrored somewhat throughout Elfman’s later works, are like a watermark on a film. His dazzling mastery of both creepy, weird sounds as well as the more traditional instrumentation have led to his work being closely identified with his long time director partner, Tim Burton, a man whose visual acuity is often a perfect tandem for Elfman’s scores.

Remembering his Oscar win in 2001 for Gladiator, his last truly great score was for Sherlock Holmes (2009). Inception’s (2010) score was good too, but nowhere near his best work.

Vangelis has scored only a small number of films, however their haunting, memorable soundtracks have ensured a place for the composer in this list. Chariots Of Fire, the synth-heavy flick from 1981, Blade Runner (1982), Conquest Of Paradise (1992), Alexander (2004). To my mind, his music is the very definition of it.

The theme to The Good, The Bad, The Ugly (1966) alone warrants inclusion into any Top Ten list about composers. Among his other works include scores for The Thing (1982), Days Of Heaven (1978), The Untouchables (1987) and several Dario Argento thrillers. Undeniably one of the most influential composers who ever lived.

Goldsmith is perhaps best known for his work on the Star Trek franchise, he mined genres for The Man From UNCLE (1964), Von Ryan’s Express (1965) and the original Planet of The Apes (1968), until he really hit the mainstream with his now-iconic Star Trek theme. There didn’t seem to be anything he couldn’t do: thriller, action and everything in between; Goldsmith was a modern Mozart, for his ability to create consistently high standards of film score. 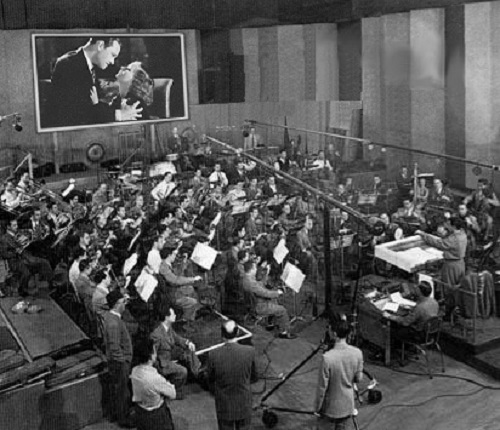 Music in film plays not less a part than the actors do in the film. Music sets the tone and mood, it helps the viewer illustrate what’s going on the screen and it also manipulates the feelings of viewers. Try watching a horror film with the sound off and you can see precisely how important music is to building suspense! When naming things like composers, you can never satisfy all of the people, all of the time