Italian Baroness Film Actress Alida Valli
Born in the family of an Austrian baron, journalist, professor of philosophy and Italian mother, Alida Valli became the legendary Italian actress. She became a movie star back in the time of Mussolini, filming since 1935. And the most successful works of the fascist period were “Little Old World” (1941) by Mario Soldati, the digest of Goffredo Alessandrini “We Are Alive” and “Farewell, Cyrus” (1942).

In the late 1940s Hollywood producer David Selznik noticed her, and decided to make the second Ingrid Bergman from Valli. In Hollywood, Alida Valli appeared in several films, including Alfred Hitchcock’s 1947 Case of Paradain and Carol Reed’s The Third Man (1949).

At the Venice Film Festival in 1997, the actress received an honorary “Golden Lion” for her long career in film. 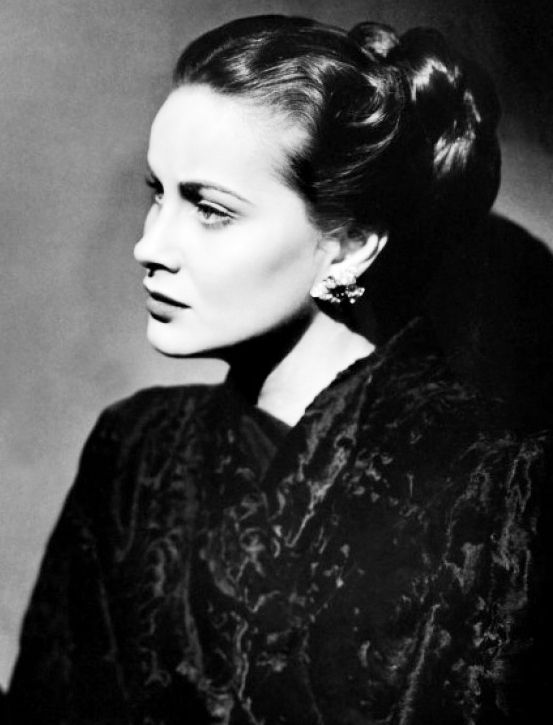 At the age of 15, Alida moved to Rome, where she entered the Experimental Film Center, which trained film actors and directors. Her film debut took place in Italy in 1934 in the movie “Triangle”, and the first success she achieved in 1939 after the release of the screen “Three thousand pounds a month.” After many comedic roles, Valli successfully proved herself as a dramatic actress in the film “The Little Old World” (1941). During the Second World War, Valli continued to act as film star with the main roles in the films “Addio Cyrus” (1942) and “We Live” (1942), based on the autobiographical novel “We Are Alive” emigrants from the USSR, Alisa Rosenbaum, and “Nothing is new today” (1942).

In 1944, Valli married the artist and composer Oscar de Mayo, and gave birth to two sons: Carlo and Larry de Mejo. In 1952 the couple parted. 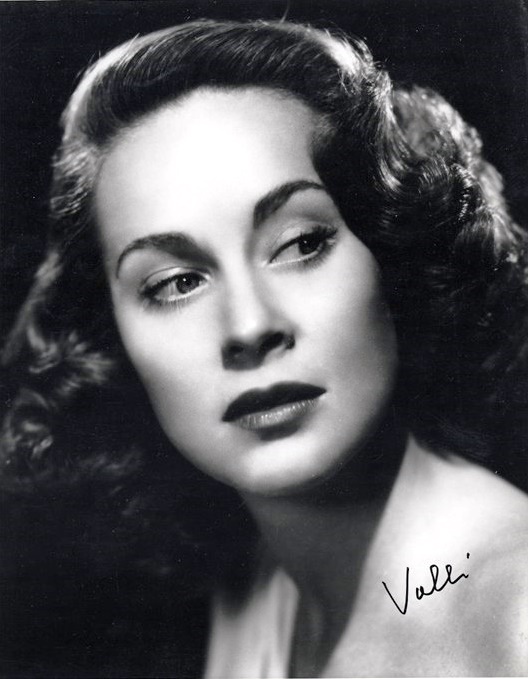 Unfortunately, due to the financial problems of Selznick, Vallee’s foreign experience did not have much success. In the early 1950s, she returned to Europe, where she later starred in many Italian and French films. One of her best roles is the tragedy of Countess Livia Serpieri, an aristocrat who betrayed her homeland because of her love for the Austrian officer-occupier, performed in the historical melodrama of Lucino Visconti’s “Feeling” (1954). 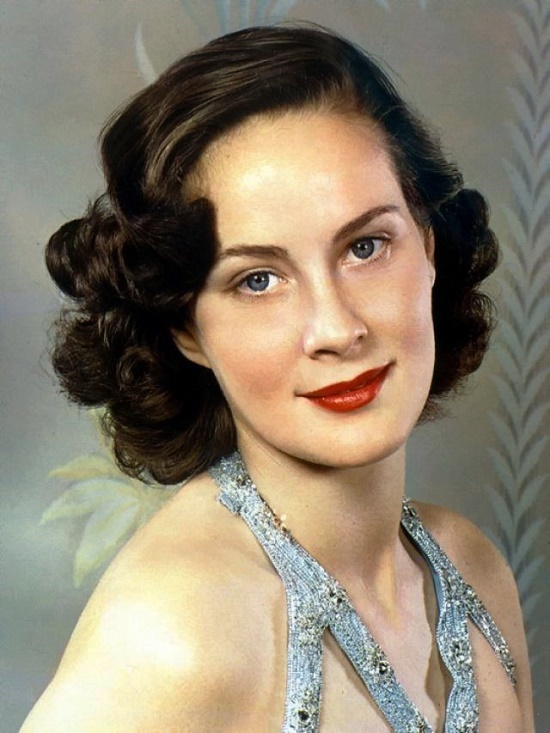 The last time Valli appeared on the screens in 2002 in the film “Holy Week” with Mira Sorvino in the title role.

In Italy, Valli also worked as a theater actress. Valli died at her home in Rome at the age of 84. Mayor of Rome Walter Veltroni after her death said: “Italian cinema has lost one of its brightest and most expressive faces.” Valli was buried in the Roman cemetery of Verano.

Next to her portrait, Alida Valli in the film The Paradine Case” directed by Alfred Hitchcock – 1947 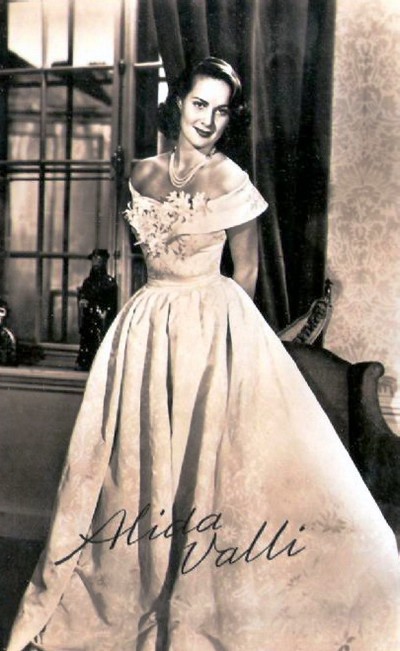 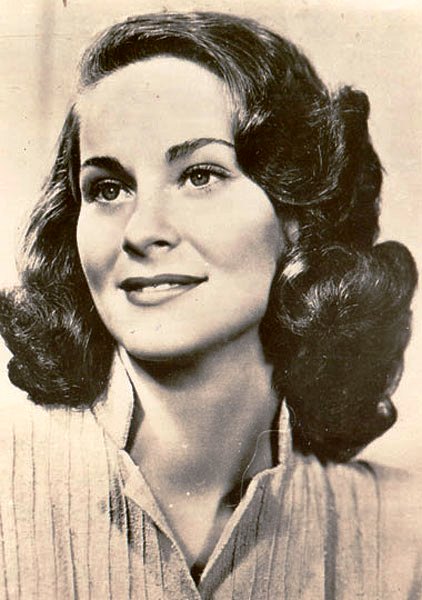 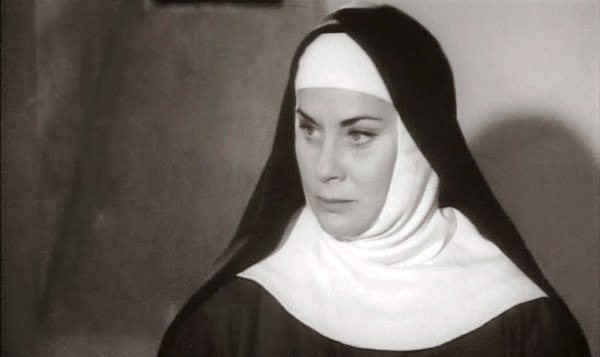 Dialogue with the Carmelites (1960) as Mere Therese de Saint-Augustin 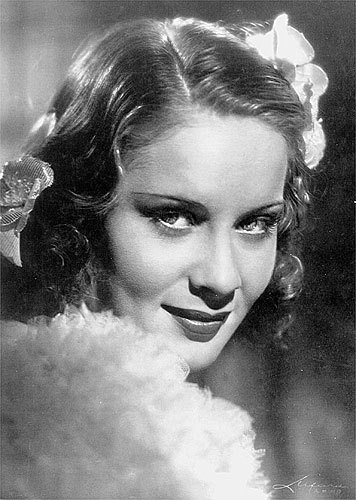 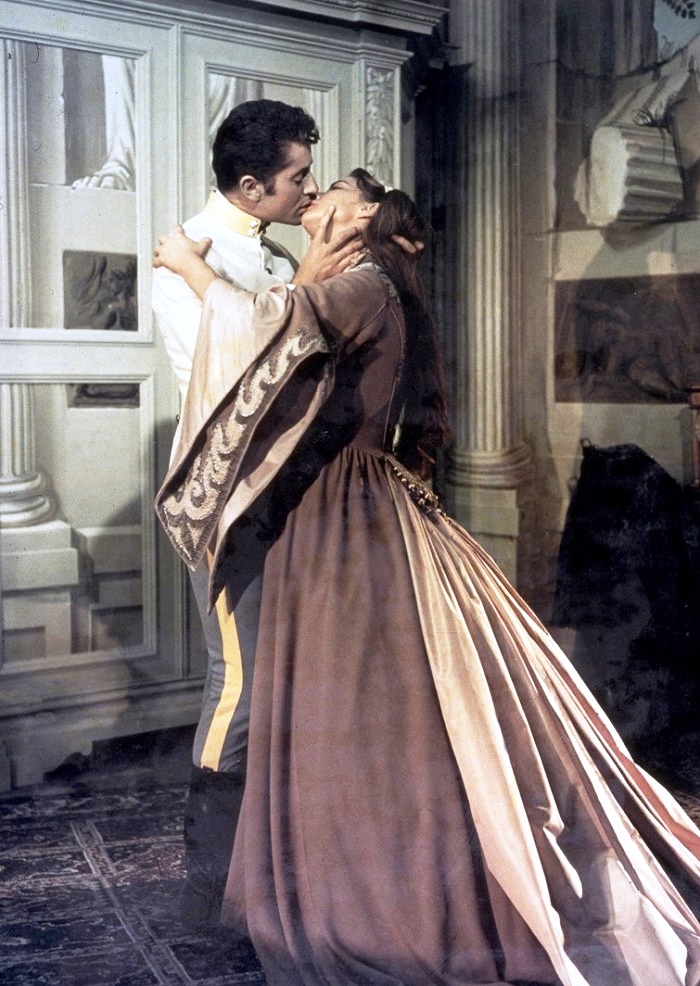 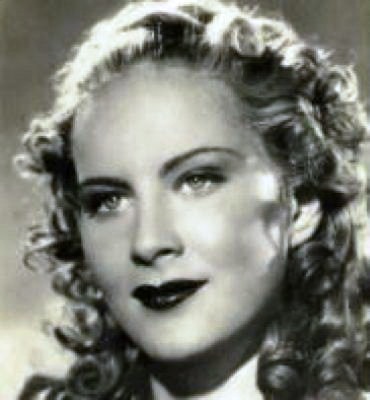 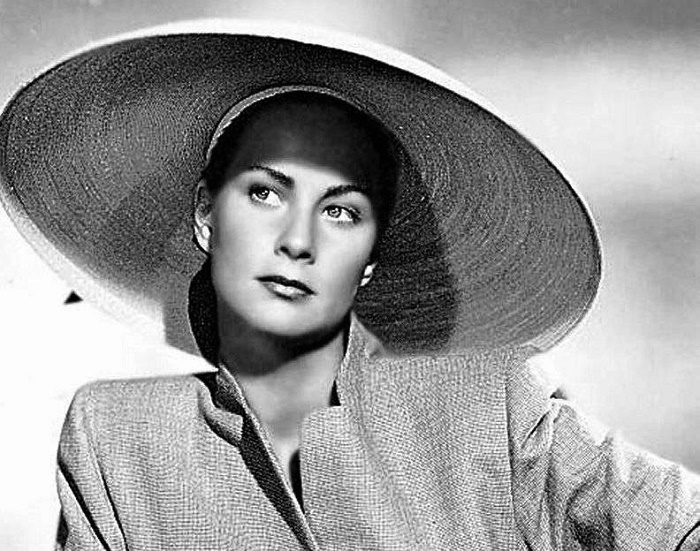 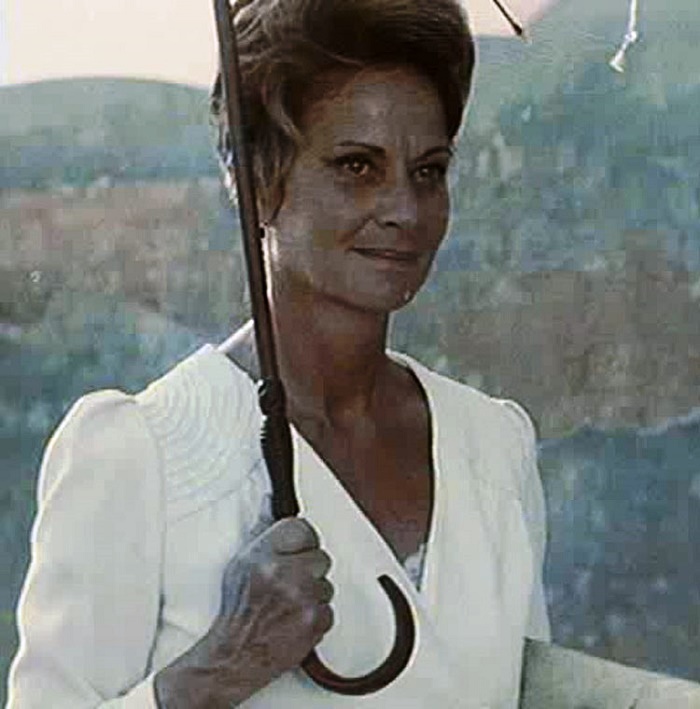 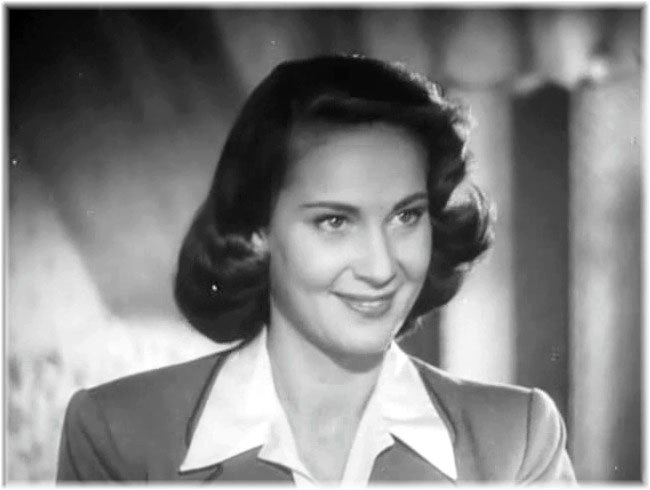 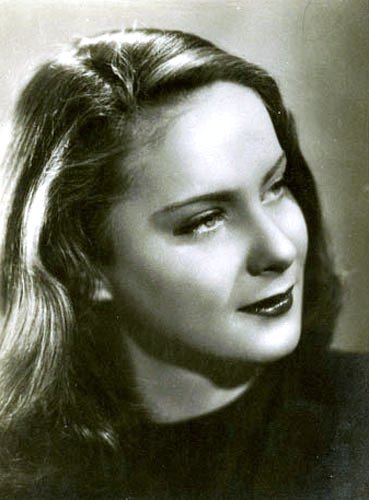 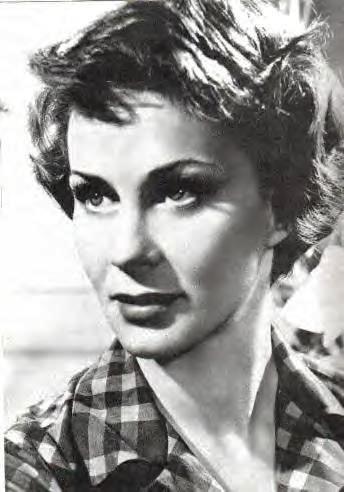 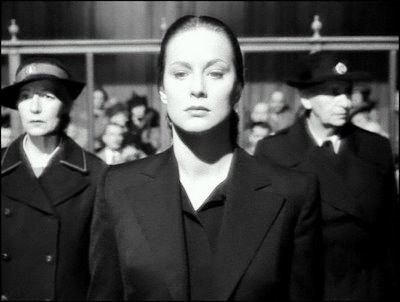 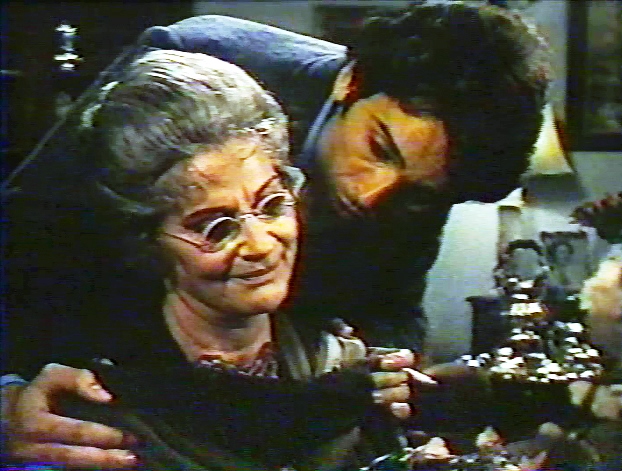 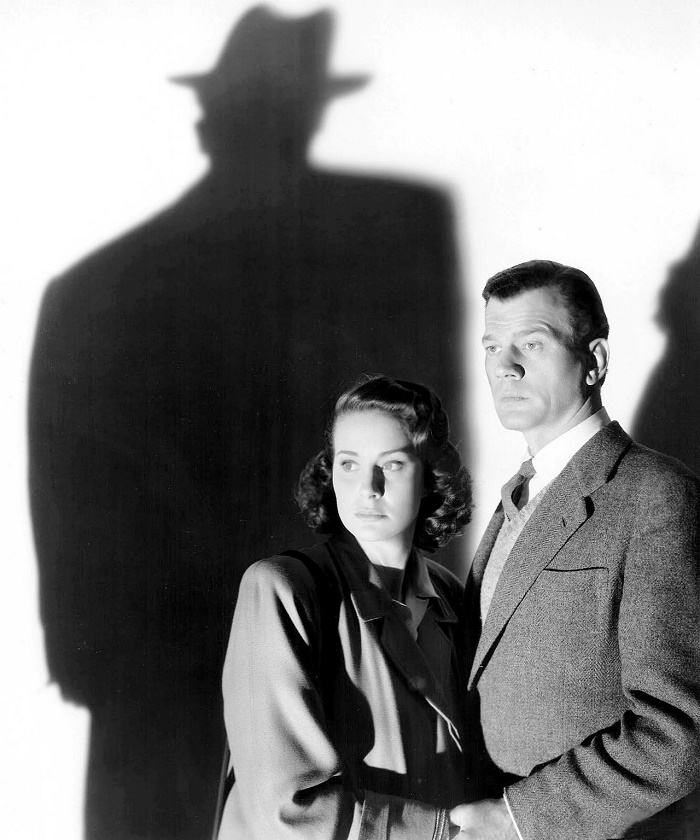 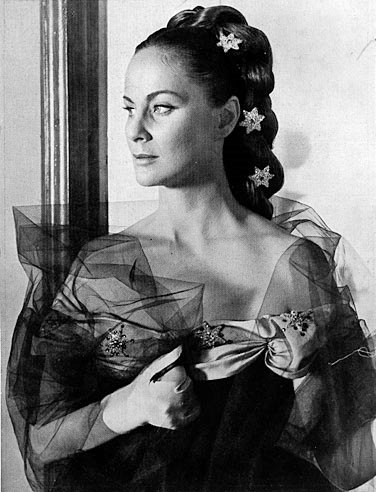