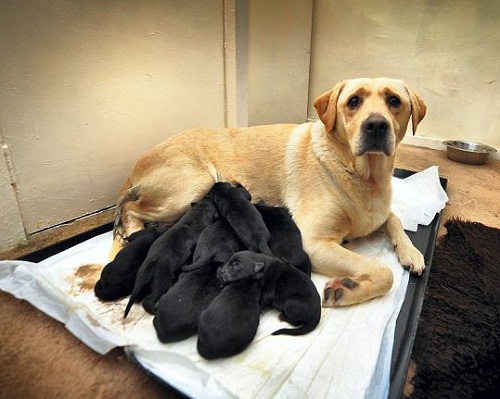 12 Black puppies born on 12.12. 2012
According to Daily Mail, three-year-old Lucy the Labrador has given unexpected early Christmas presents – TWELVE black puppies. Lucy looks as mystified as anyone, while the 12 black pups suckle up to her at home in Kirkholt, Rochdale. Left alone, a German Shepherd gave birth to twelve black puppies. ‘I couldn’t believe it,’ said Ms Thompson, who was looking after her for a short time. ‘She just came up to me trying to get my attention and then suddenly a pup appeared. Then they just kept coming and coming. And in a freak twist, all twelve were born on the 12th of the 12th 2012. ‘It was such a coincidence”, said Ms Thompson. Fortunately, the owners have managed to keep them all alive and healthy. 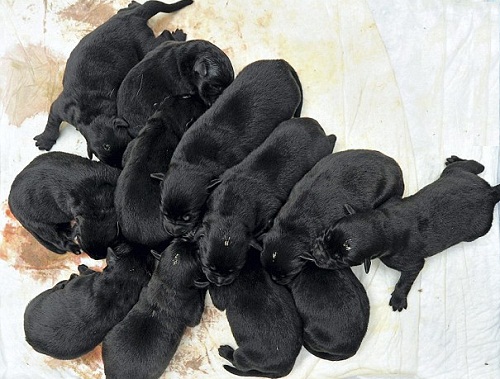 For serious numerologists, who study the mystical meaning of numbers, 12.12.12. is not simply a ‘cute’ repetition of digits or a lucky day for parents and couples preparing to marry. And still, according to popular belief, 12-12-12 is a lucky date that will bring good fortune. Many engaged couples plan to hold their weddings on December 12, 2012. In addition, it is a good day to start a new business venture or make a significant purchase. 12 is considered a ‘three’ number because the figures involved in the date add up to three. And in numerology three is believed to be an extremely auspicious number because according to numerology beliefs three is the figure attached to the largest planet in the Solar System Jupiter. 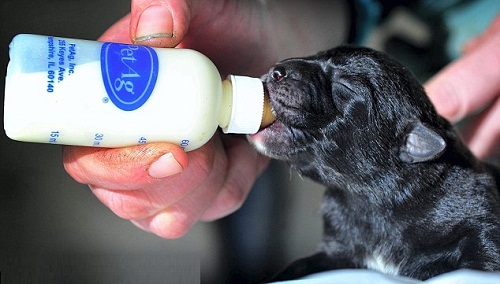