Beautiful Hollywood actress Virginia Mayo
Traditionally, Hollywood is a great forge of actors and actresses. Among them – a lot of great ones, who made their way through talent, and a lot of mediocrities, who received roles through connections and money. However, the long-established system of stars always provided its success. And to become a part of this constellation of stars could people only with a bright personality. Undoubtedly, Virginia Mayo was one of the brightest stars of the Golden Age of Hollywood …
Born on November 30, 1920 in St. Louis, Missouri, Virginia Mayo enjoyed dancing since childhood. Later, she began to participate in vaudeville. As a pseudonym, she used the name of her colleague Andy Mayo, who invited her to participate in his performances.
A young fair-haired beauty with a magnificent voice and a brilliant sense of tact won the audience and critics. In the 1940s, she established herself as an excellent performer of supporting roles in such films as “The Best Years of Our Life” and “The White Fever”. Virginia continued to work actively in the 1950s, but after that, her appearance on the screen was not so frequent. Her last role was in 1997. 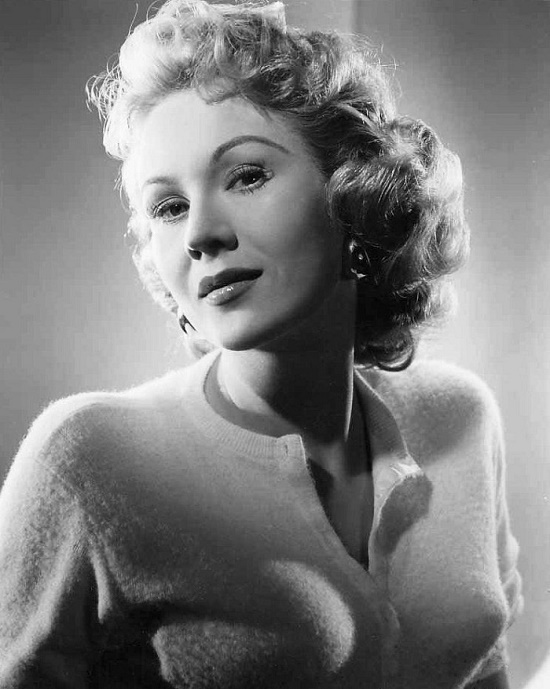 Virginia continued her career as a dancer, performing with Eddie Cantor on Broadway in 1941 in the play Banjo Eye. Then Benny Goodman invited her to perform in a cabaret. Next, in 1942, the actress signed a contract with Samuel Goldwyn and appeared in several of his films. The first significant role she played in the comedy “The Princess and the Pirate” (1944), where she was paired with Bob Hope. Her heroine traveled to the southern seas incognito, wishing to marry for love, and not at the will of her father, the king. However, she fell into the hands of ridiculous pirates, from whom a comic loser saved her.

In the second half of the 1940s, Virginia played four times with Danny Kaye. And in 1945 she played in the musical comedy “Miracle Man”. The film became the debut for the dancer Vera-Ellen. “The Kid of Brooklyn” (1946) – a musical remake of the comedy of 1936 “The Milky Way” with Harold Lloyd showed Danny Kay, Virginia Mayo and Vera-Ellen appeared together. Meanwhile, the role in the movie “The best years of our life” (1946), where Mayo plays a mercantile woman who abandons her husband, who returned from the war, brought her great success. 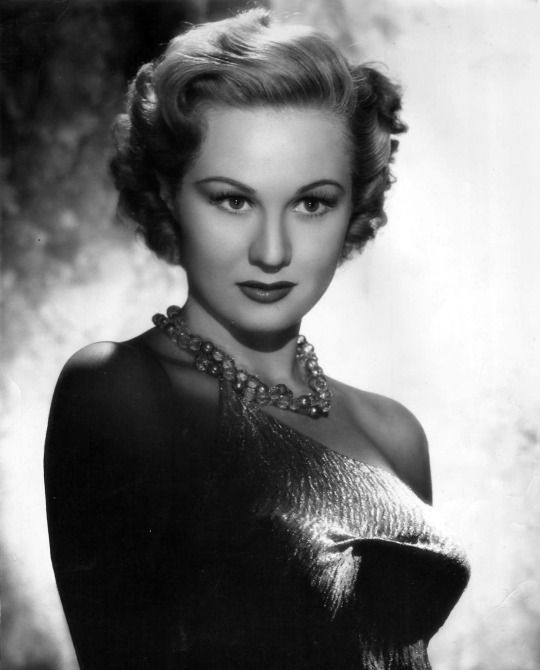 Then the actress again played with Danny Kaye in the comedy “The Secret Life of Walter Mitty” (1947). Her latest film with him was the musical comedy “The Birth of a Song” (1948), a remake of the comedy “With a Fire”.

But, also, at that time she began to play roles in the image of “femme fatale”. For example, in the noir movies “Flaxy Martin”, “Red Light” (both – 1949). In the western “Territory of Colorado” (1949), she played a half Indian girl, dying with her bandit friend under police bullets. 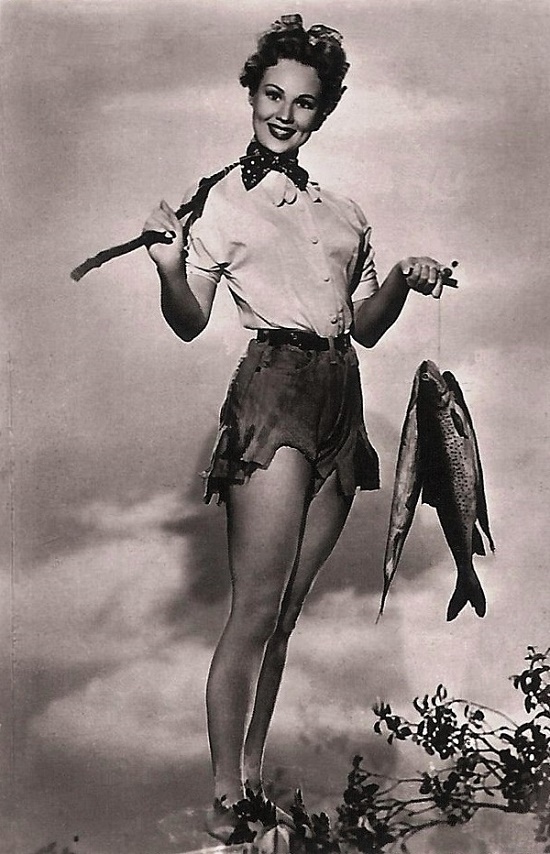 Also, she played the supporting role in the musical film “Always Leave Them Laughing” (1949) with Milton Burl. The actress also played in musicals: “West Point Story” (1950) with Doris Day and James Cagney, “Painting the Clouds with Sunshine” (1951), “With the Stars on Board” (1951). There she appeared in the role of herself and performed the dance number “Caribbean Night”, “She’s Working Her Way Through College” (1952) with Henry Fonda. There she again played with Ronald Reagan and “She’s Back on Broadway”- her last musical. However, despite the excellent dance training, she didn’t sing there herself. Instead, for her heroines always sang professional singers. 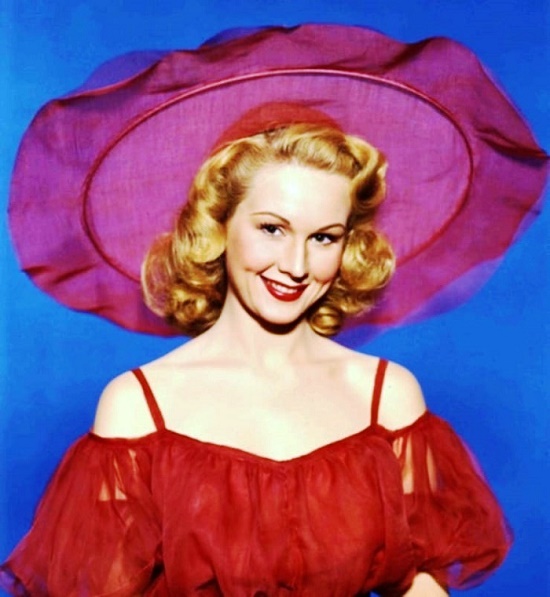 Since the 1960s, the actress began to star in the movies less often, having played in her last film in 1997. In total, Virginia Mayo has played in more than 50 films.

Meanwhile, in 1947, Virginia married actor Michael O’Shea, from whom in 1953 she gave birth to their daughter Mary Catherine. The couple lived together until December 1973, when Michael died of a heart attack.

According to one of the film bosses, Virginia Mayo is the personification of voluptuous Hollywood beauty. She looks like a playful goddess descended from the Renaissance paintings. Critics said that men go to her films only because they want to see a carefree beautiful girl. 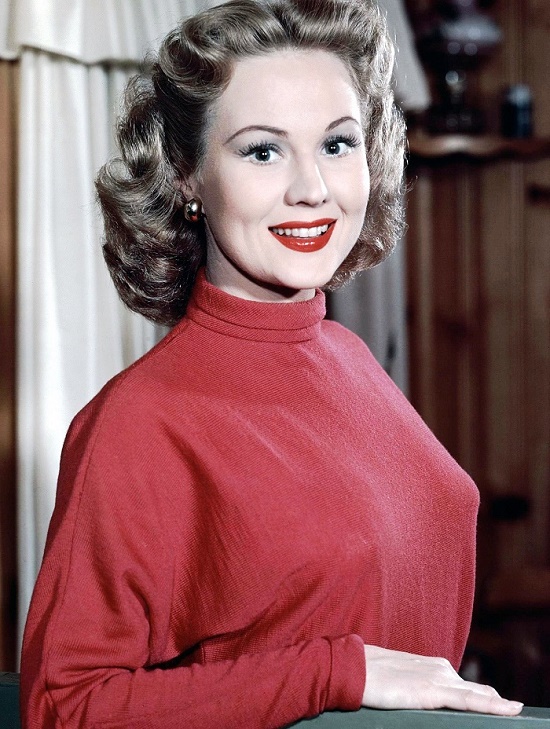 But it was this type that proved to be in demand in the movies during the hard years of the Second World War and in the post-war decade. And that determined the place of Virginia Mayo in the sky of Hollywood.

During her career in film, Virginia was awarded a personal star on the Hollywood Walk of Fame, and also on the Walk of Fame in her native St. Louis. Once in an interview she said: “Let’s be frank: I’ve never been a great actress like Susan Hayward, and played what they gave me to play. Perhaps, I would play better if I received other roles. But now it’s too late to judge this. ” 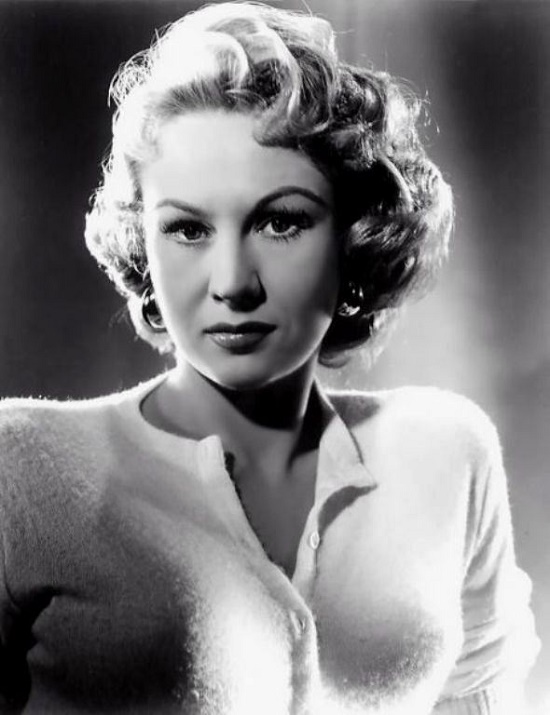 The star of the Golden Age of Hollywood Virginia Mayo died in 2005 from pneumonia in her country house in California, surrounded by a large loving family. In particular, her daughter, son-in-law, three grandchildren and five great-grandchildren. 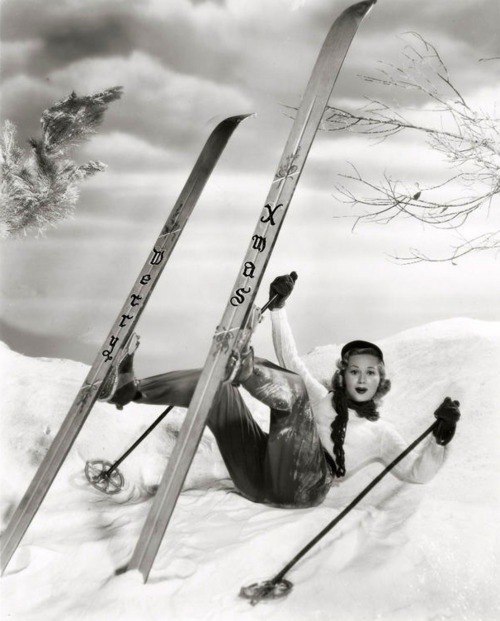 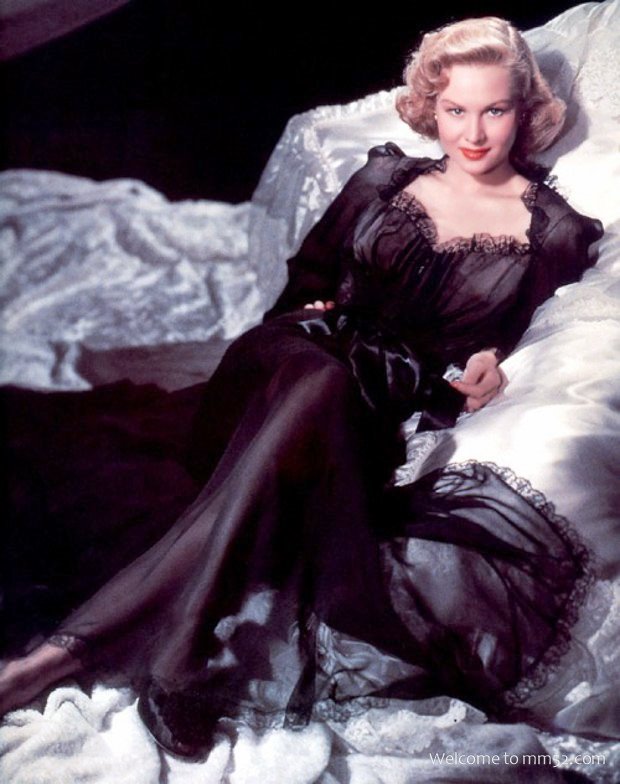 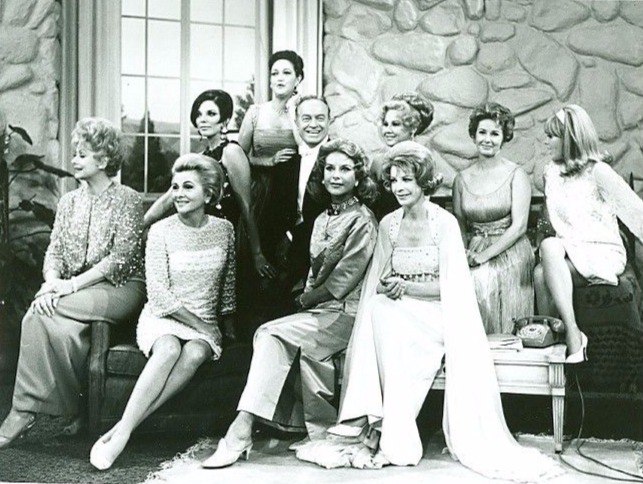 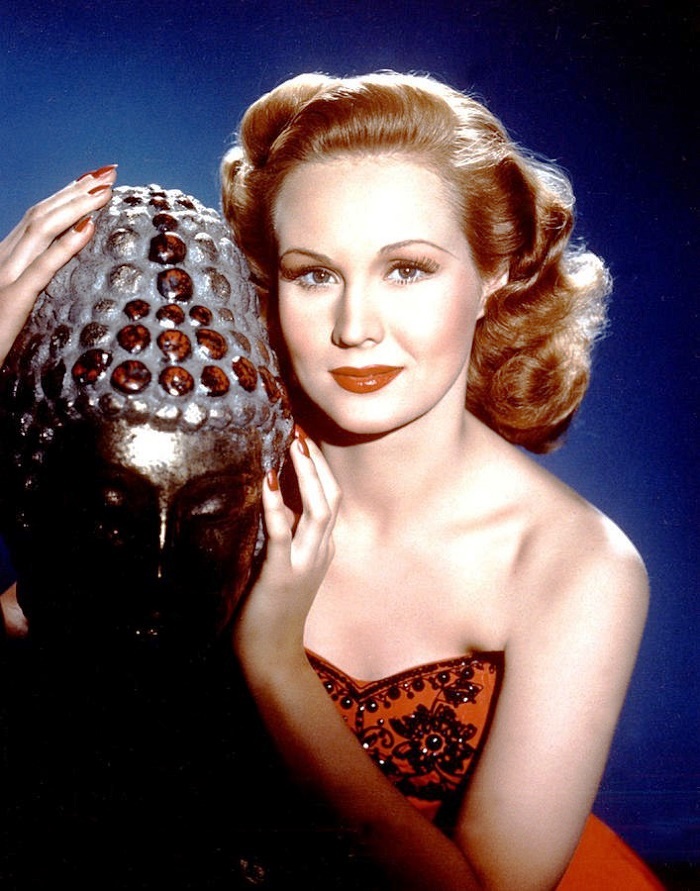 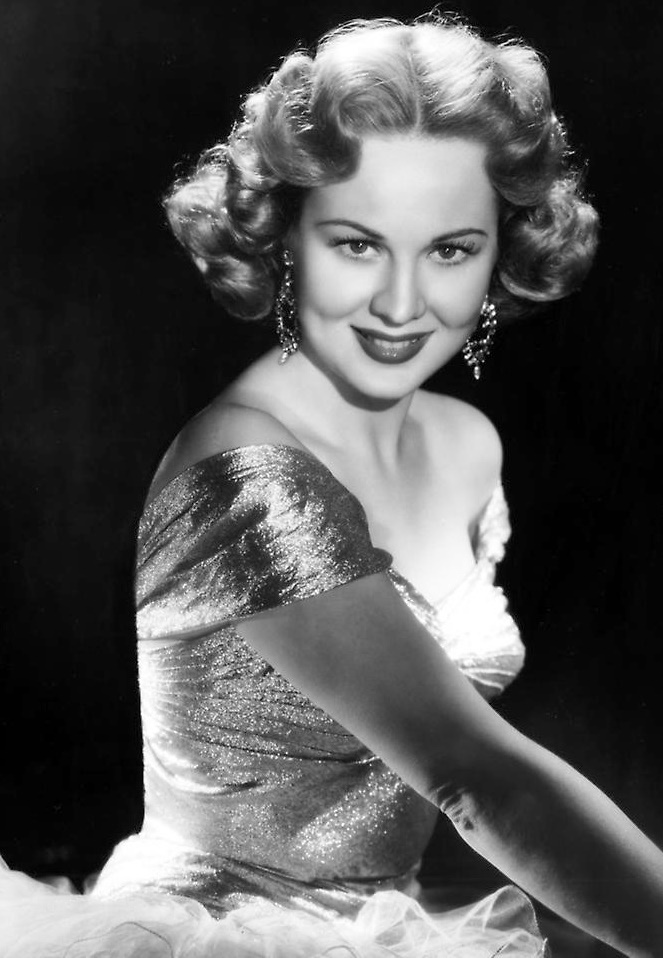 One of the most beautiful actresses of the time, Virginia Mayo 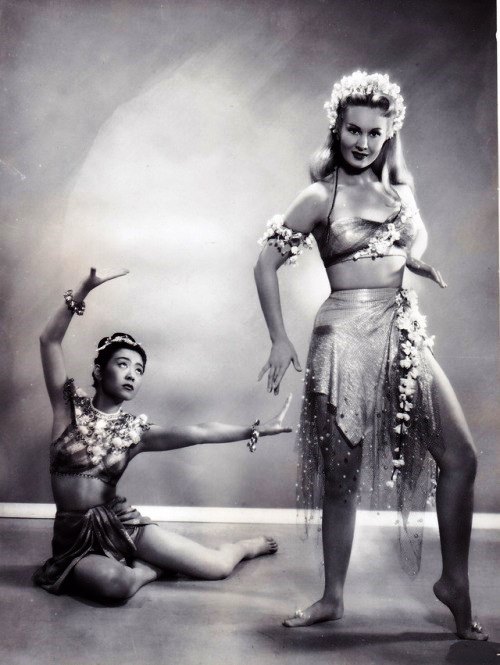 Princess Margaret in ‘The Princess and the Pirate’ (1944) 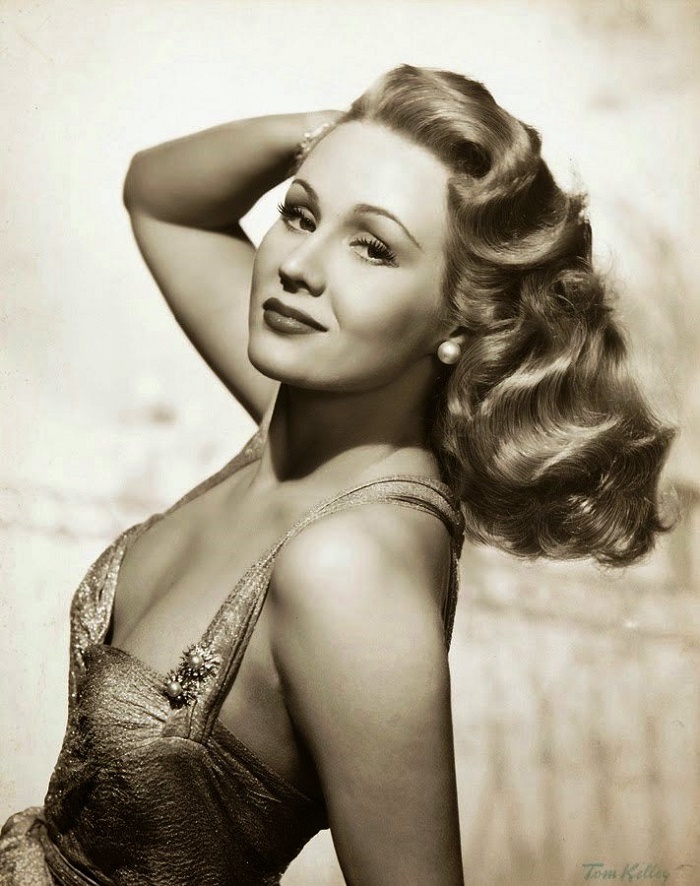 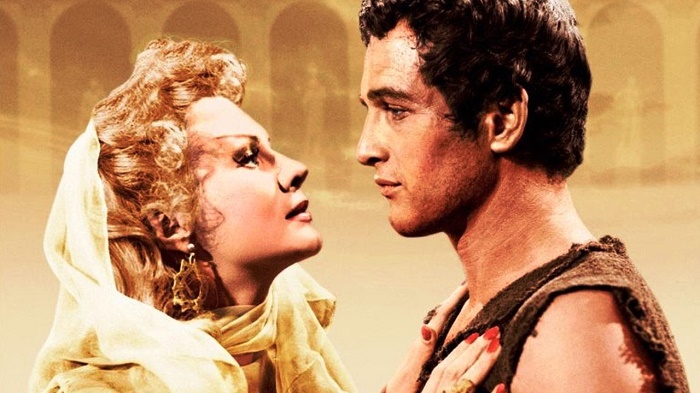