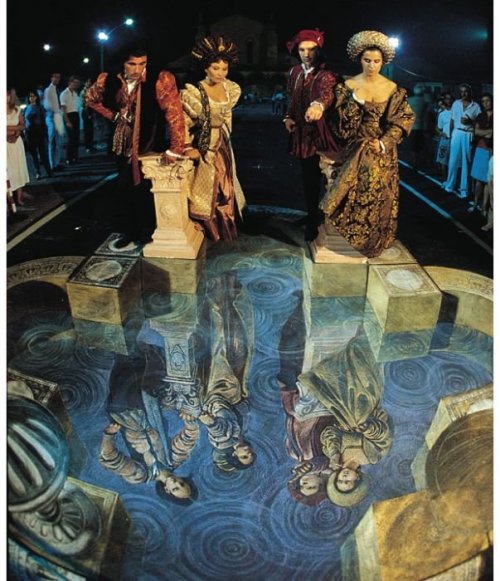 3D Pavement Art Illusion by Kurt Wenner
Born in Ann Arbor, Michigan, Kurt Wenner is a world famous artist, who became known for his invention of 3D pavement art. Inspired by anamorphic perspective, he had to invent an entirely new geometry in order to create his astonishing 3D pavement art images. In fact, American artist Kurt first introduced 3D pavement art at the Santa Barbara Museum of Art in the 1980s. And shortly after that he founded the first street painting festival in the United States. In particular, at the Old Mission in Santa Barbara, California. The Old Mission festival, also known as I Madonnari, continues to this day as do many of the festivals and events Wenner started across the country. According to Wenner, he lived in Rome for 25 years before returning to the United States. He created his work in 30 countries, and currently is working for clients all over the world. 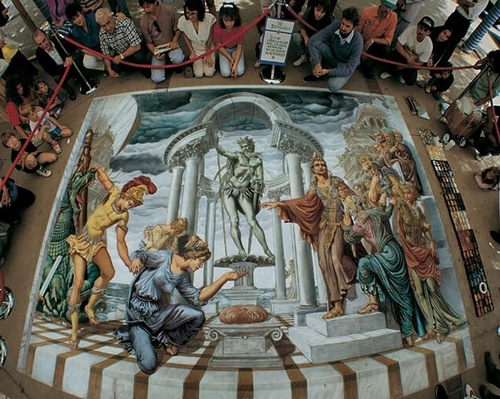 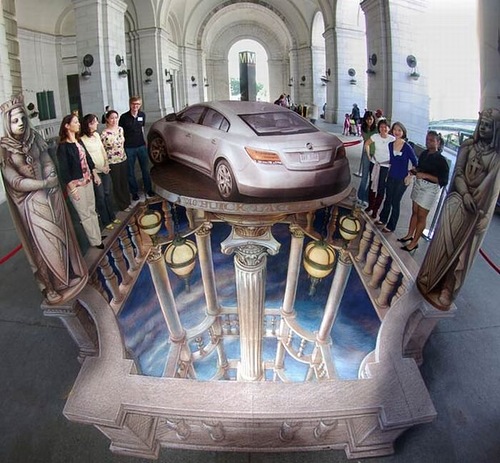 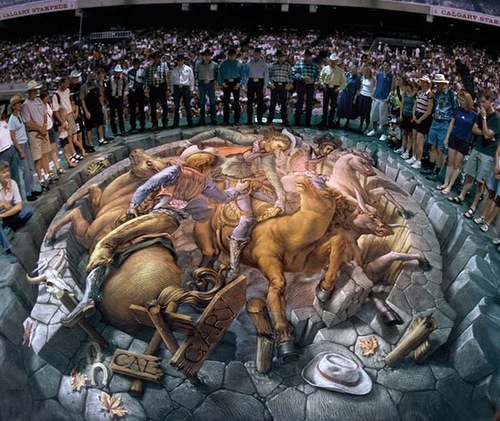 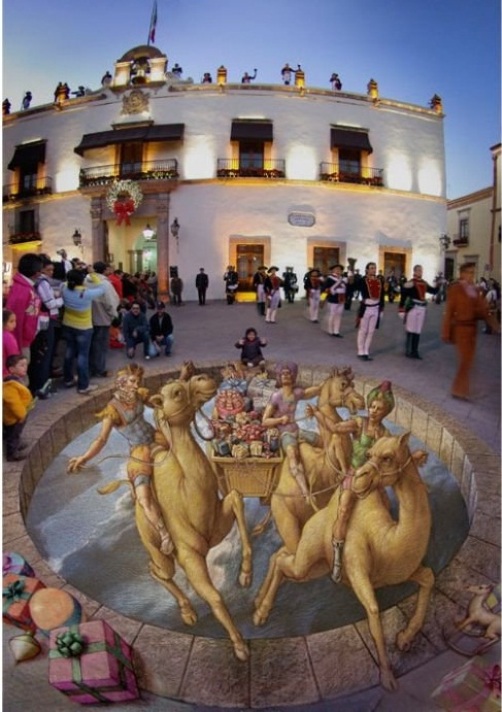 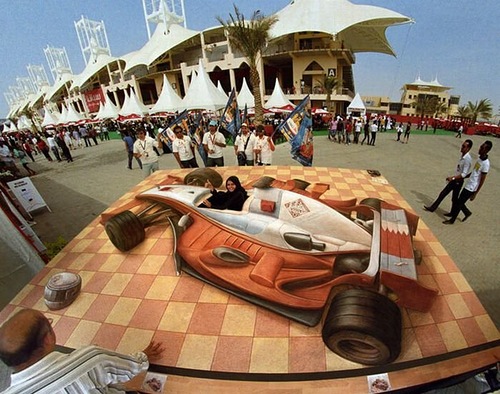 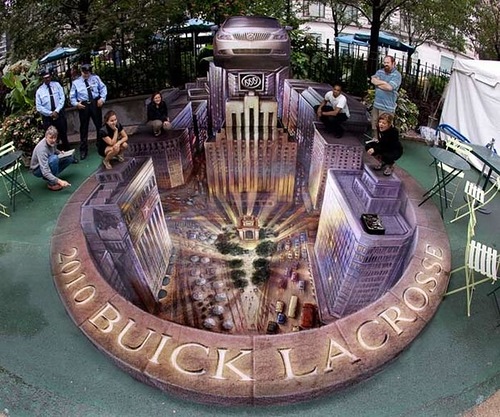 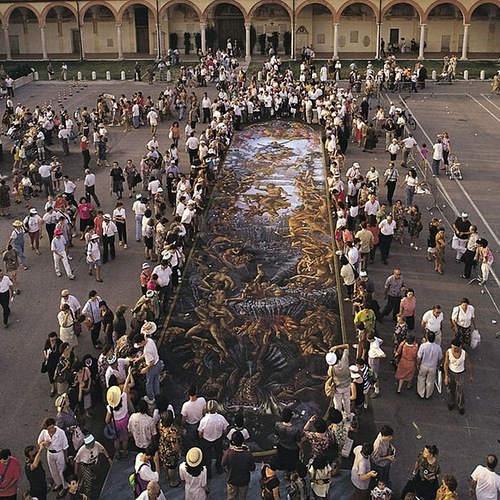 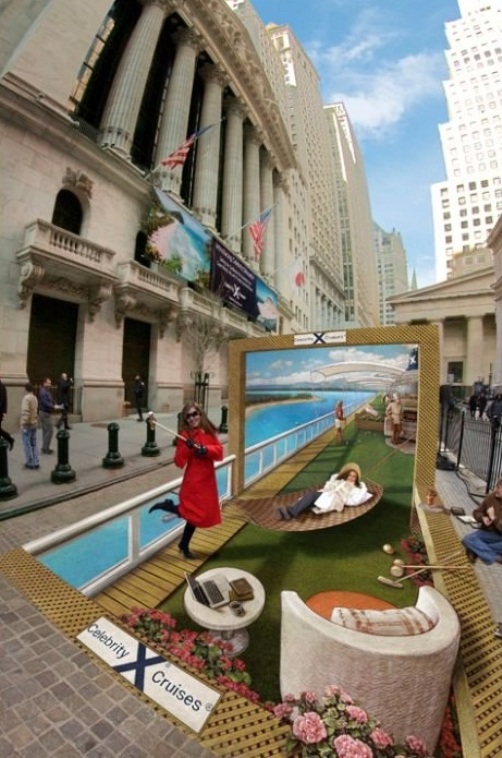 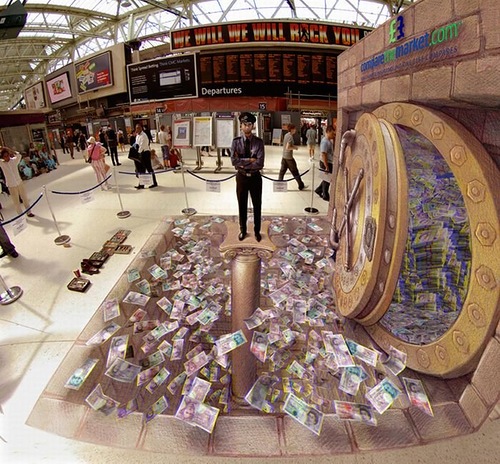 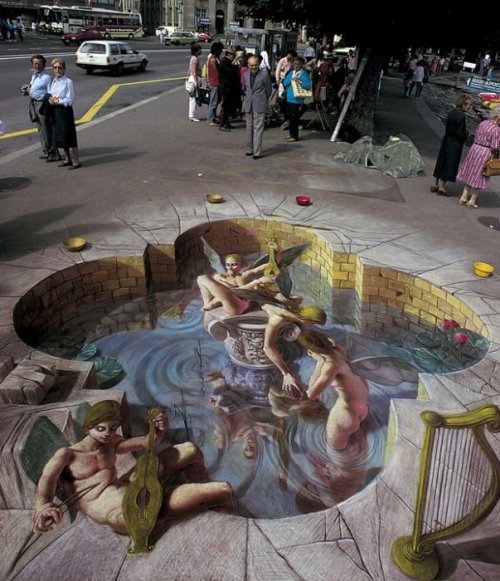 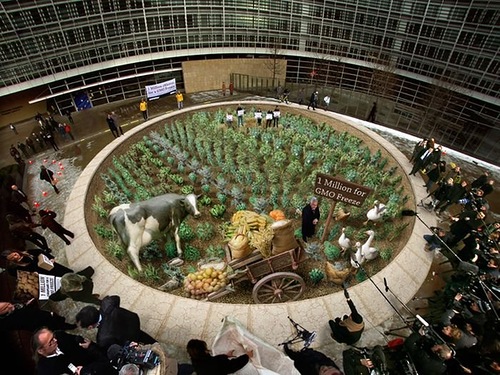 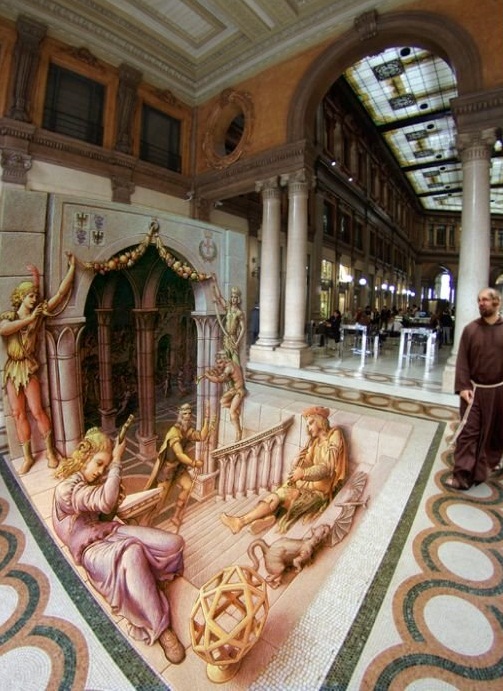 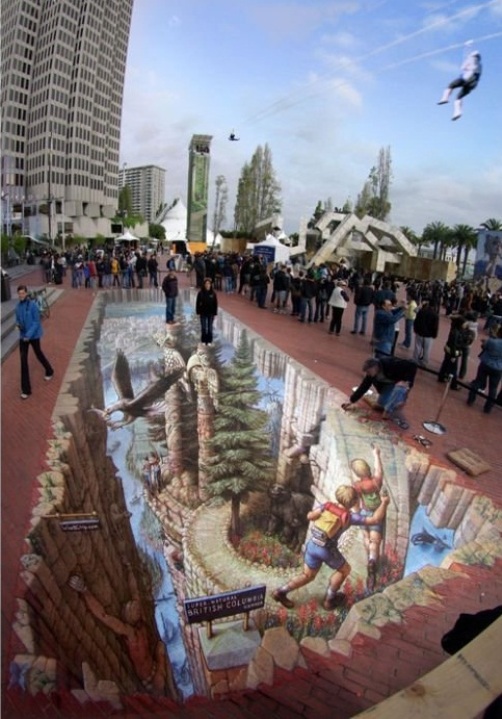 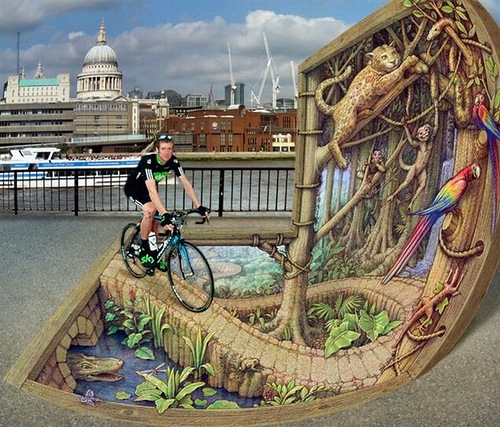 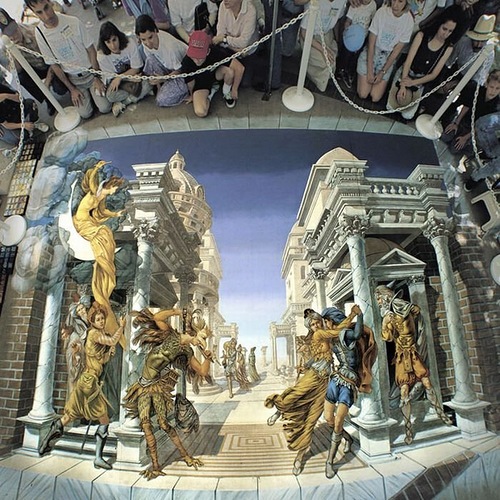 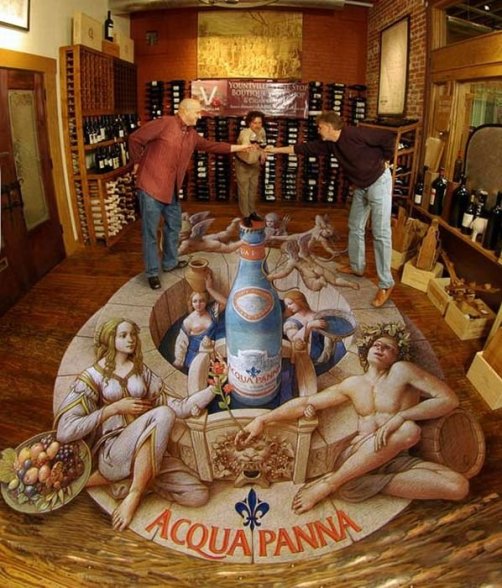 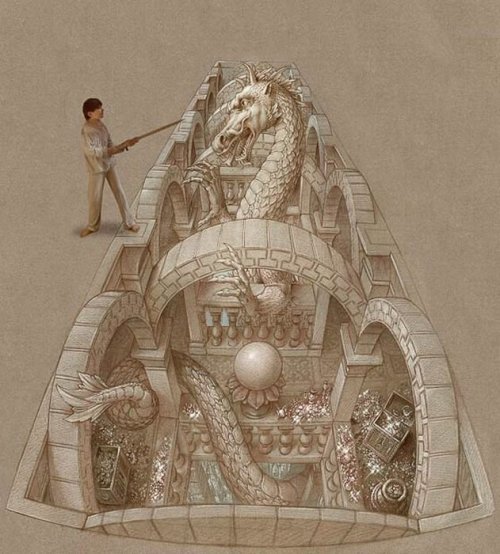 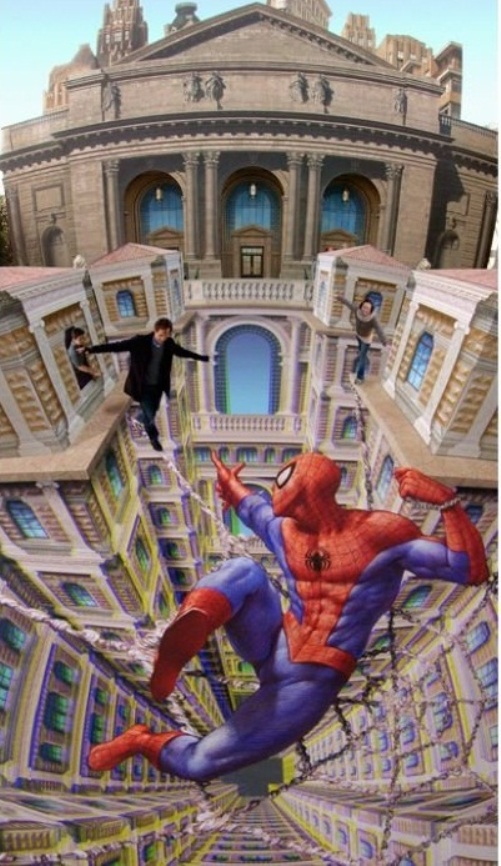 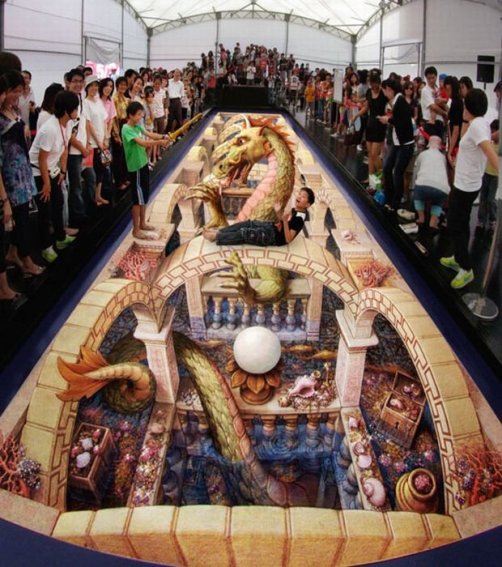 A crowd of people gathered at the 3D Pavement Art 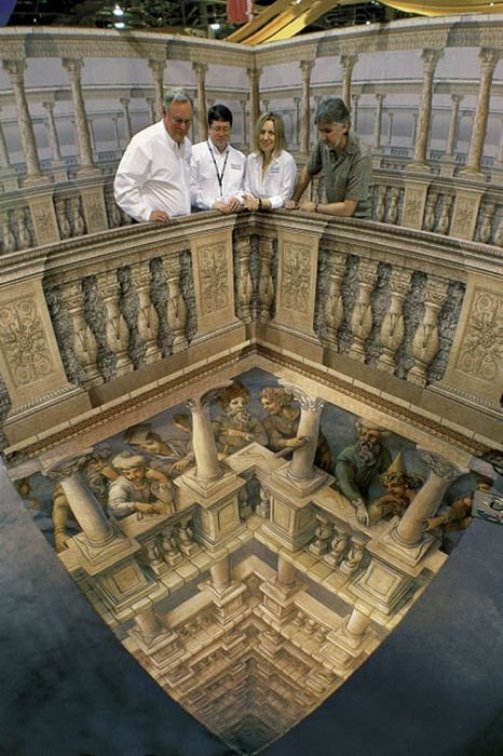 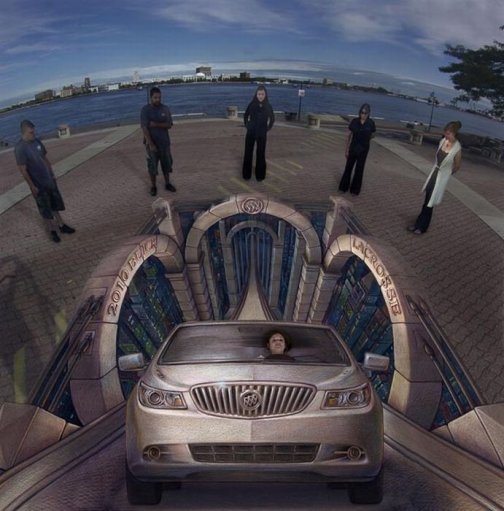 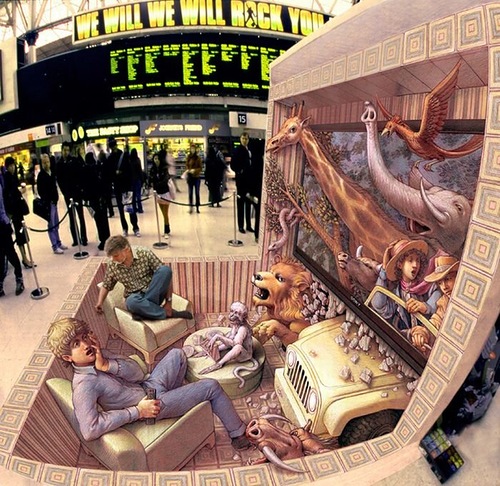 The Armchair Traveller in Waterloo Station