Adele Laurie Blue Adkins
Born 5 May 1988, Adele is a British singer-songwriter. She was the first recipient of the Brit Awards Critics’ Choice and was named the number-one predicted breakthrough act of 2008 in an annual BBC poll of music critics, Sound of 2008. Since her debut album 19, beautiful English singer Adele has received much recognition both commercially and critically. The album debuted at number one, and has been certified 4x platinum in the UK. Her career in the US was boosted by a viewer record–breaking Saturday Night Live episode in late 2008. At the 2009 Grammy Awards, Adele won the awards for Best New Artist and Best Female Pop Vocal Performance

According to Adele her biggest musical influences are Etta James and Beyonce. She has also stated that growing up, she listened to the Spice Girls,The Cure, Dusty Springfield, and others. She also said that her mother exposed her to the music of Aaliyah, Lauryn Hill, Mary J. Blige, and Alicia Keys, all of which inspired her as well. One of Adele’s earliest influences was British soul artist Gabrielle, who Adele has admired since the age of 5, even performing as the Hackney born star with an eye-patch in a school talent contest.

Adele has named Pink as one of her biggest musical influences and considers Pink’s performance at Brixton Academy in London as one of “the most defining moments” in her life, saying “It was the Missundaztood record, so I was about 13 or 14. I had never heard, being in the room, someone sing like that live. I remember sort of feeling like I was in a wind tunnel, her voice just hitting me. It was incredible.” 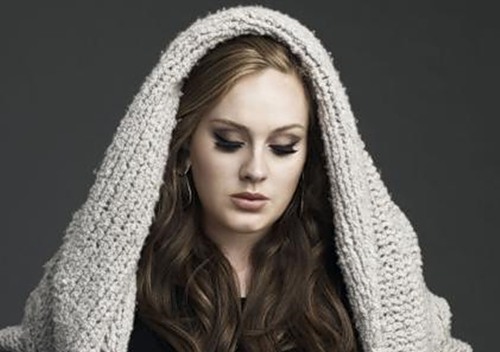