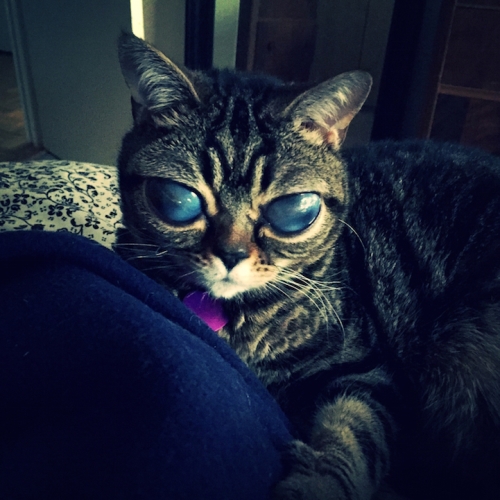 Alien Cat Matilda is a truly unusual cat. With dark, glassy eyes like saucers, 2-year-old, striped, more like a charming extraterrestrial creature than the usual representative of the cat family. She lives with her two owners and their dogs. Her owners have created a page on Instagram, where Matilda has more than 41,000 fans. They created a page in order to get help to cover all medical expenses, which Matilda needs. Besides, the owners plan to donate extra money to animals charity. Interestingly, Matilda was born just on Valentine’s Day, 2013. The kitten was adopted by the family at her 12 weeks age. Then the eyes of Matilda were totally normal, but she somehow screwed up her eyes from time to time. 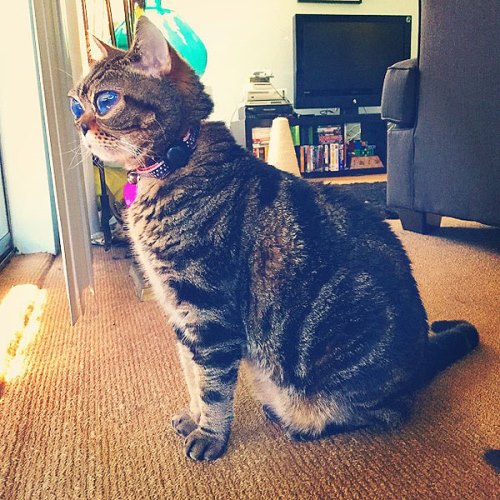 Somewhere in a year, her eyes began to change. And after consulting veterinarians, both owners of Matilda and owners of Matilda’s kittens, have learned that the cat and her brothers and sisters had problems with the lens as a result of spontaneous, mysterious condition in which the lens are separated from the rest of the eye for an unknown reason. In the end, it leads to loss of vision and such a unique otherworldly appearance.

Despite problems with vision, Matilda behaves like any other cat. She loves attention. “She also loves the tissue paper, cardboard boxes, and scratching,” said the owners. “Of course, she loves to eat and meows, if the dish is not ready”.

Experts believe that a violation may include a deficit of collagen, which makes healing from trauma or surgery in the cat’s eye is very risky. “Since the healing process has been very hard, and it hit brothers and sisters, Matilda owners decided to abandon the idea of operation.
“Unfortunately, problems of Matilda continued to progress. Developed glaucoma will inevitably involve the operation, despite the difficult healing process,” said the owner. They recently announced that Matilda has happily got rid of glaucoma – she is now free and healthy.

This is what her Facebook timeline informs (13 June). “Friends: I had some great news today! I went to the veterinary ophthalmologist and she took many readings and tests and determined that I am not in any pain. The pressures in my eyes are normal, and aside from being big and googly they are actually quite healthy-looking! I do not currently have glaucoma. There is a teensy ulcer on one eye, but I have new eye-drops for that, and it can heal. All in all I am one lucky little kitten!” 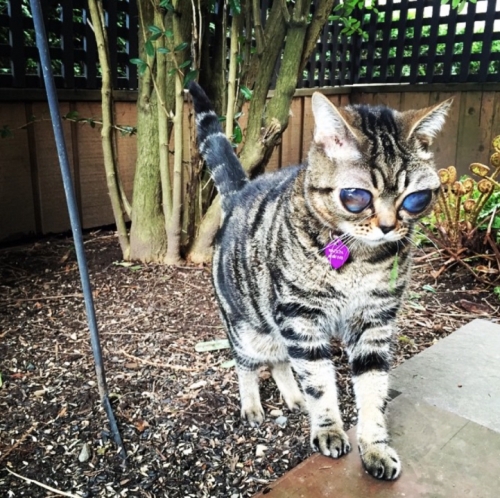 Walking in the garden Matilda 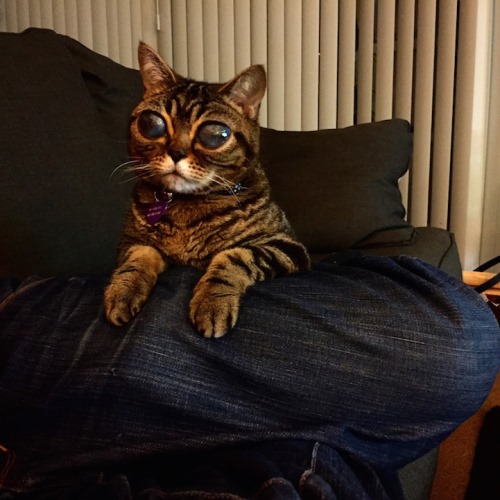 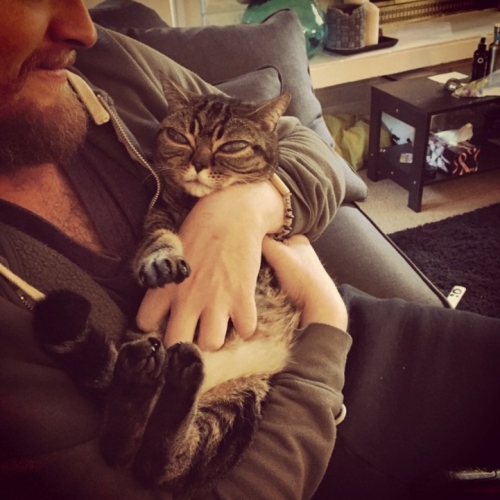 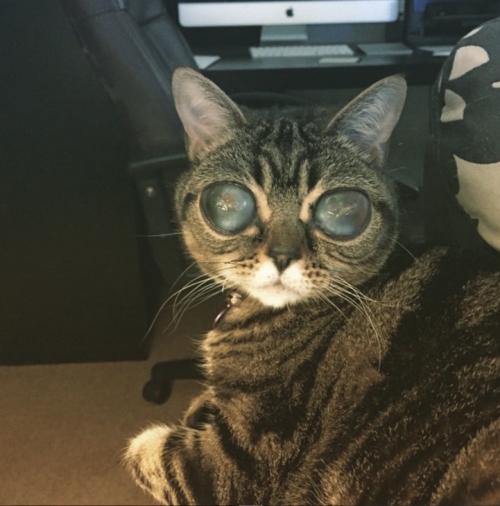 The cat has problems with vision 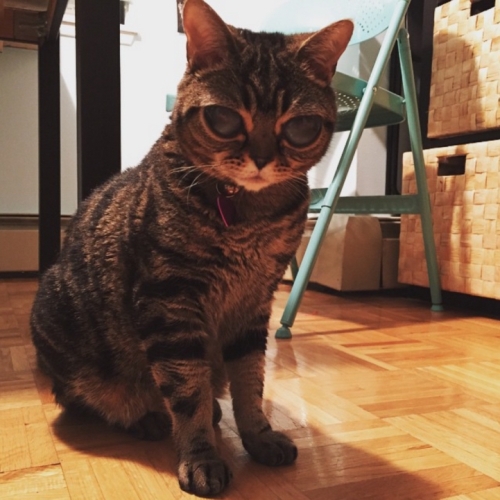 Facebook users wish her get well as soon as possible 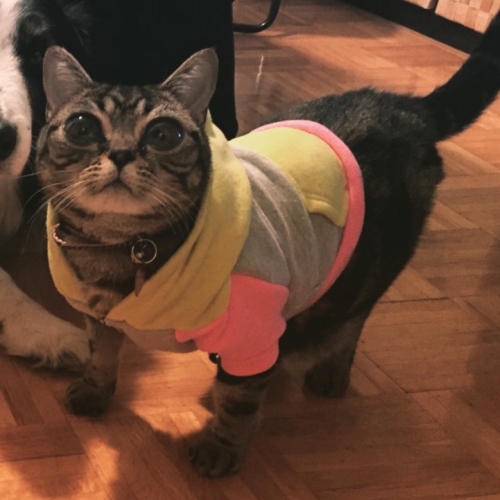 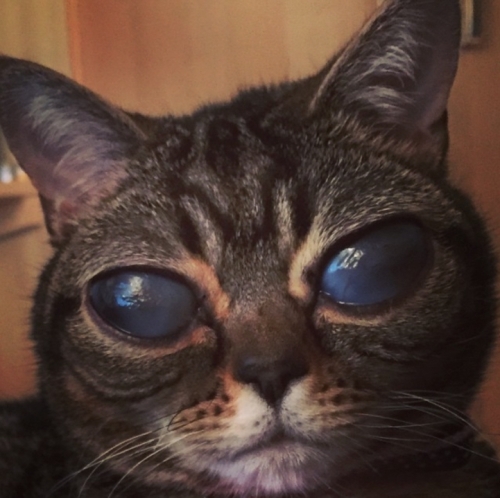 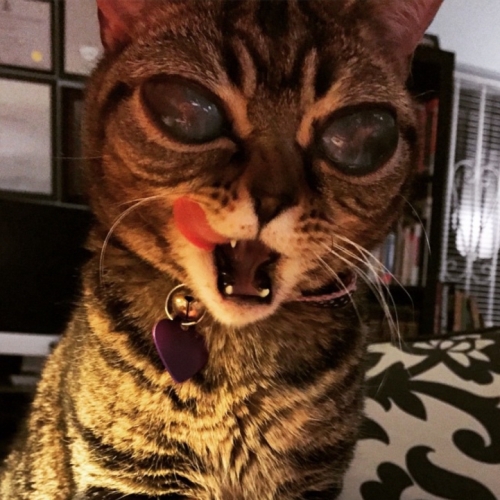 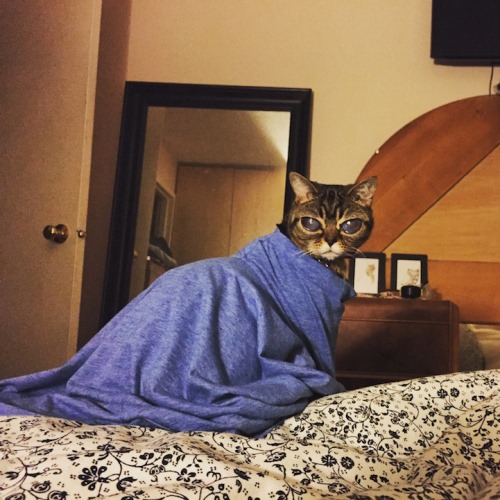 Under the blanket, Matilda 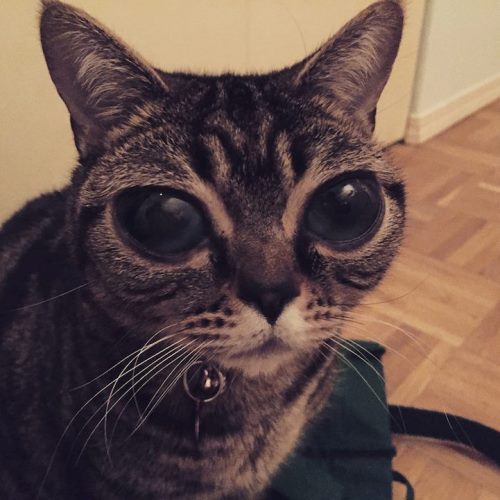 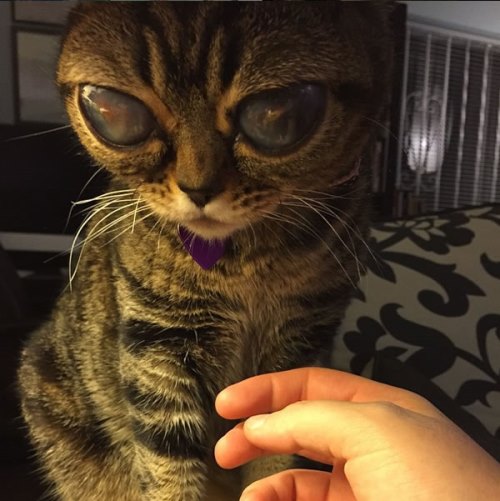 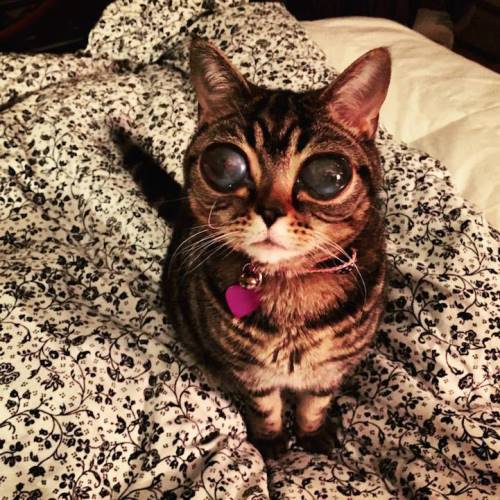 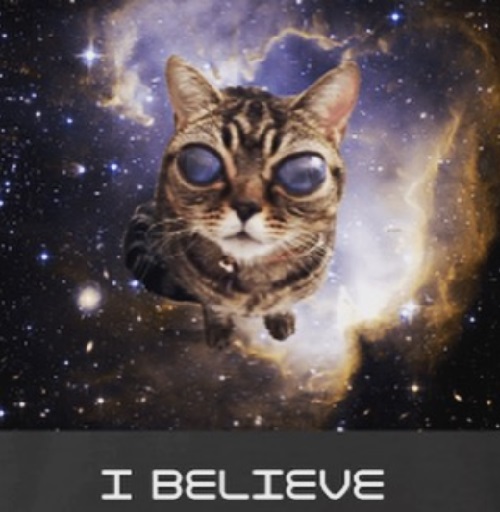