The dogs can teach people what true friendship is 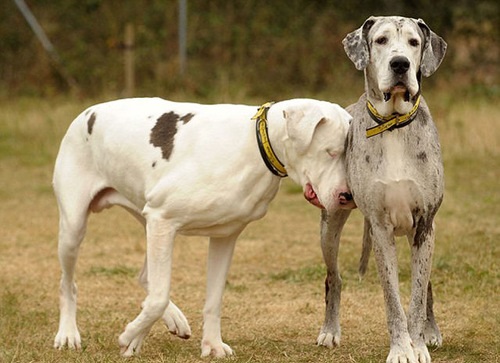 The dogs can teach people what true friendship is
Great Dane Lily is a six-year-old dog whose eyes were damaged by a health condition. Vets had to remove her eyes, and after this traumatic event Lily developed friendship with Maddison who is seven years old. The two dogs have become forever friends. Maddison always guides Lily. Sadly, the owners of these buddies left them alone. Now the dogs are looking for a new home at the Dogs Trust re-homing center in Shrewsbury. 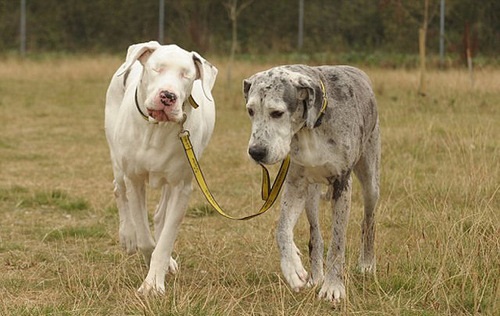 Blind dog Lily. The dogs can teach people what true friendship is

A happy ending to the sad story of Lily, the sightless six-year-old Great Dane, and her guide dog Maddison, who had been handed over to a dog shelter in Roden, Shropshire, this July by owners who could no longer care for them. Dogs Trust Shrewsbury announced yesterday that it has successfully rehomed the two dogs after fielding some 400 calls from potential caregivers. Anne and Len Williams of Nantwich, Cheshire, won out after converting their garage into a giant dog house for Lily and her companion

I know what blind dog is, because my dog Grisha is blind. I found him on the 1st of December, 2010. He was sitting in our yard, I don’t know how it happened that he was so skinny, and how he appeared in my yard. Sadly, he couldn’t stand on his back paws and couldn’t keep his head up. Of course I took him home, thinking if he had to die he would do it in a good warm place. His weight was less than my cat’s.

According to the veterinarian, Grisha was not less than 1o years old. He is fat and happy now, but still blind. He adores our cat, and they sleep together. The difference between a blind dog and a healthy dog is that blind dogs sleep more, never jump, never run, and walk slowly. At first he bumped into everything on his way – doors, walls, chairs, etc. And now he knows his way to kitchen, every room, he feels stairs and feels much more. These dogs are so innocent and kind, like angels.

P.S. after reading about these dogs I again felt shame to be human.

updated December, 4, 2013. It has been three years already since my blind dog Grisha appeared in my life. The cat died last summer, because of old age. A new kitten (Semyon, photo below) at first attacked the dog, in attempts to play with him, but blind dogs don’t play. Now they peacefully get along with each other and sleep together.

The dogs can teach people what true friendship is 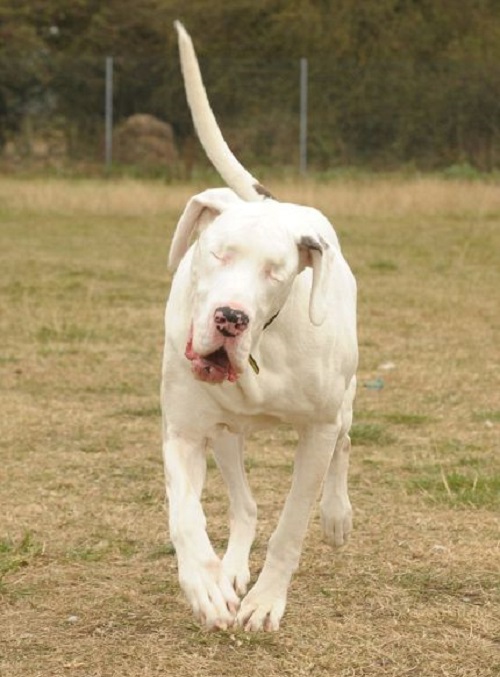 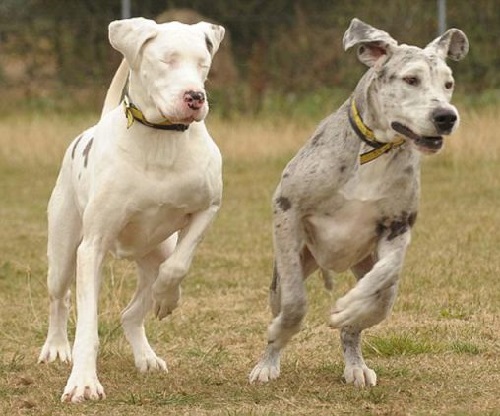 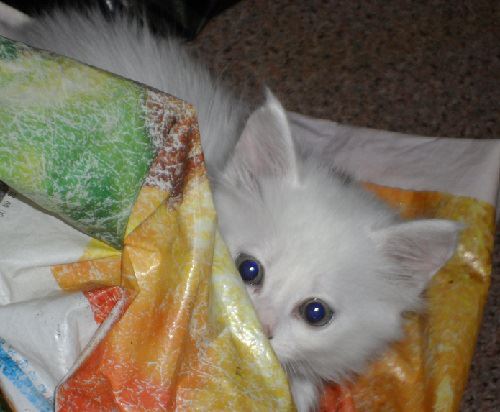 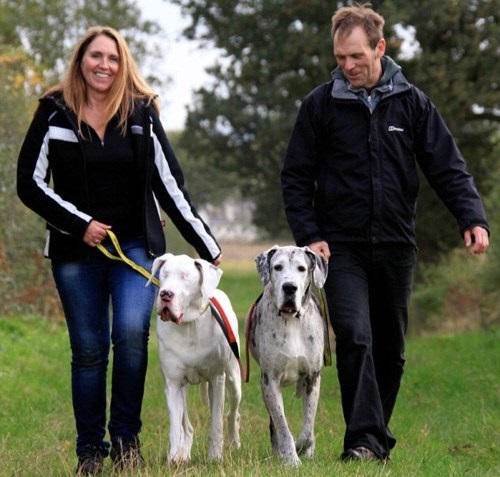