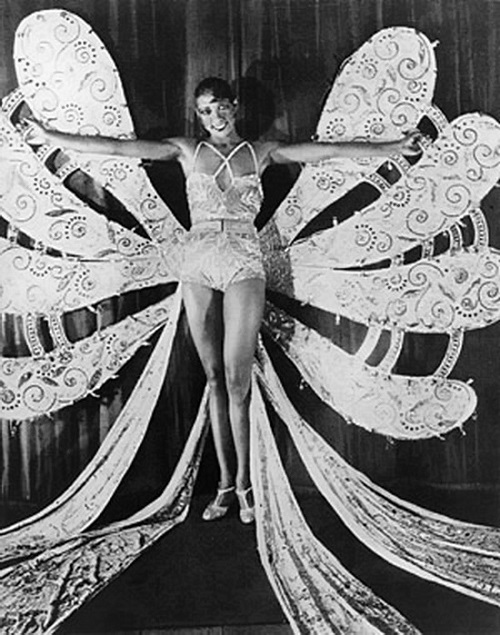 Legend of XX century Josephine Baker – the black pearl of “Roaring Twenties” – era, so vividly represented in the novel by Scott Fitzgerald “The Great Gatsby”. French-American dancer, singer and actress, Josephine Baker made a brilliant career, and was the star of the Parisian cabaret. Noteworthy, the audience for the first time saw Charleston in her performance. Josephine, called Black Venus, visited poet Baudelaire in his dreams. And according to Ernest Hemingway, she was the most amazing woman he ever knew. Indeed, Josephine inspired sculptors, painters, poets and architects. Interestingly, Adolf Loos dedicated to her “House of Josephine Baker”, Alexander Calder – his wire sculptures, Gertrude Stein wrote a poem in prose, and Paul Colin was the author of many of her portraits, lithographs and posters. Meanwhile, Josephine claimed that Picasso drew her portraits many times (work not preserved). But in the famous series of Matisse “The Creole Dancer” and “Jazz” influence and spirit of Josephine is easily recognizable. 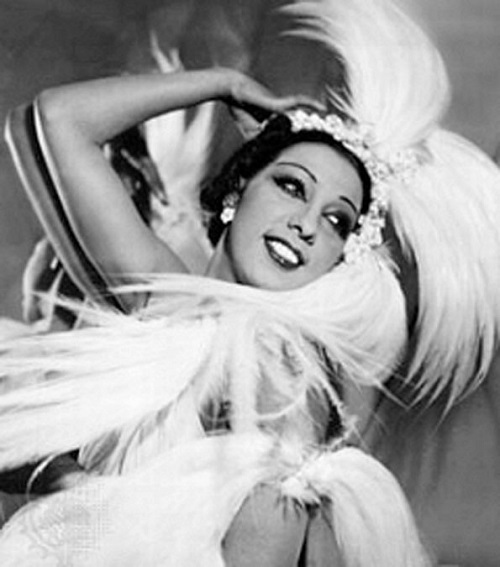 Born in 1906 in St. Louis Freda Josephine McDonald grew up in a city where immigrants from all over the world exchanged their native rhythms. Parents of the future star, in the blood of whom mixed Negro, Indian, Jewish and Spanish blood, belonged to the world of music Bohemia. Her father was a drummer Eddie Carson and her mother Carrie McDonald was a dancer (according to other sources – a laundress). But their alliance soon fell apart. And the girl grew up in very modest circumstances.

Meanwhile, to dance and amuse the audience Josephine started at school, demonstrating her children’s aquatic phenomenal flexibility. As a teenager she began to appear in the bars of St. Louis and learned all the dances of the time. There producers noticed her and took to the show. However, official creative career of Josephine began in the theater in Philadelphia, where she went to auditions. Later, she began working in a famous vaudeville, which toured in New York and around the country. By the way, it was in New York, when a Parisian agent who sought after black dancers for the show La Revue Negro, noticed her. In fact, from there began the global triumph of Josephine Baker in 1925.

The first night on the Paris scene Josephine Baker has changed the hearts of art lovers. Her dance rapidly gained recognition of Parisian avant-garde public. She became an absolute sensation. Intellectuals, writers and avant-garde artists considered her a symbol of the time. Josephine understood nothing in their conversation. Over a lifetime, she was never seen with a book: all the texts she learned by hearing, and to conduct business – hired secretaries.

Touring in Europe, she won some countries and put on the brink of social revolution others: her nakedness, skin color and savage costumes aroused the whole demonstrations, either against or in support, in Vienna, Prague, Budapest and Munich.

Now, the other side of her life … The doctrine of Hitler could not cause violent protest of Josephine, whole life fighting against racial discrimination. When World War II began, she immediately offered her services to Charles de Gaulle and the French resistance. At first, she found out the secrets of the diplomats, using her charm and connections to the embassy. Later, in North Africa, she build bridges of understanding between the French and American troops, continuing espionage activities. Josephine traveled throughout North Africa and the Mediterranean, speaking to soldiers and continuously working for the Allies. She was made a lieutenant and awarded medals of the Resistance and Liberation, a sign of the Military Cross, and finally – the Order of the Legion of Honor.

Peaceful life has not brought tranquility to Josephine. After the war she often left the stage and again returned as a triumph. She traveled around the world and sometimes quite awkward got get involved in politics. So, she spent six months in Argentina, where the dictator Peron tried to replace dead Evita with her. When the United States condemned her behavior, Josephine made a number of statements, pursuing her to the end of life.

Before the war, she acquired the castle of the XV century Le Miland where gladly played the role of feudal mistress. Villagers remembered her generosity: she gave everyone in the village Christmas gifts, and in the winter extinguished the debts of others for coal, remembering how she froze in childhood. The villagers did not forget her kindness: during the war they have taken from the castle all the valuables and hid until the return of Josephine, fearing their plunder. Back at the castle, Josephine started the project “rainbow tribe”, which turned the village into a place of international pilgrimage. Everyone wanted to see how the show diva brings up 12 adopted children of all colors and religions.

On stage, Josephine reinvented herself again and again, despite the years. She suffered a stroke, suffered memory loss, lost all the money and the castle, left with the children on the street, until she was transferred to Princess Grace of Monaco. When Josephine did not perform, people didn’t recognize her on the street – plump, without make-up in ethnic clothes, she seemed old woman. But, no sooner had she started another project, she, as if by magic, turned into a gorgeous woman.

In 1975 in Paris, opened the show dedicated to the 50th anniversary of Josephine Baker at the Paris scene. The money was given by the royal couple of Monaco and Jackie Kennedy Onassis. The theater was full of celebrities – Sophia Loren, Grace Kelly, Jeanne Moreau, Alain Delon and many others came to see their idol. President of the Republic sent to Josephine a telegram. The premiere was a resounding success: the tickets were sold out for twenty days in advance.

A few days later, inspired Josephine danced on a table at a reception in her honor, loudly singing, “I’m seventeen, I was seventeen.” And the next day woke up, surviving a brain hemorrhage. A few days later she was gone. Josephine Baker died of joy. France, not forgetting her military achievements, buried great actress with military honors, held for politicians and the ruling monarchs. After the ceremony, Princess Grace of Monaco took away the body. Black Cinderella of St. Louis lived stellar life and laid to rest with the kings. 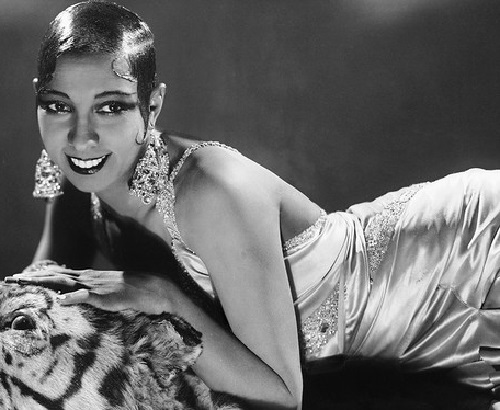 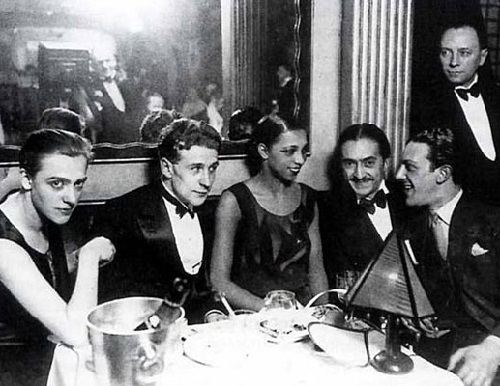 From left to right – Regine Renchon, the wife of Georges Simenon, Simenon himself, Josephine Baker and her first husband, Count Pepito Abatino 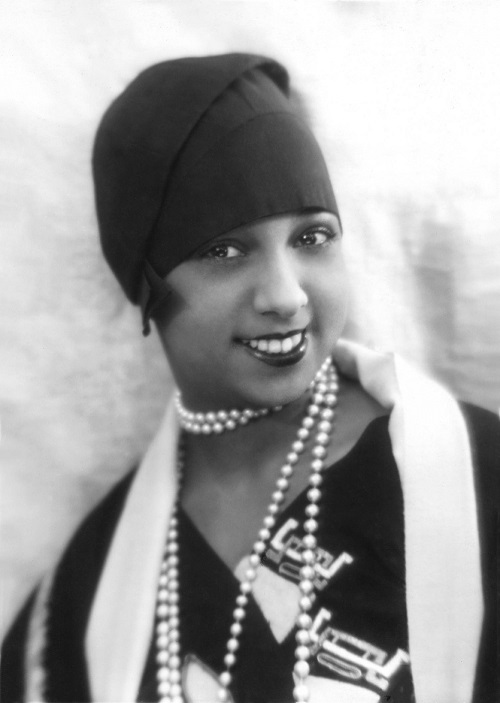 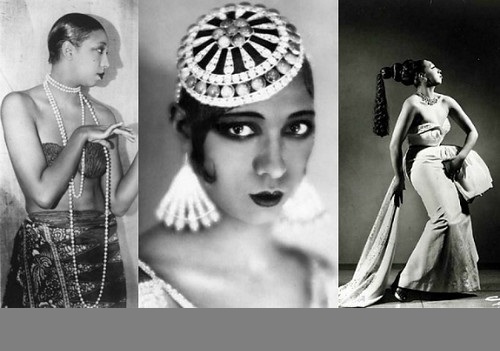 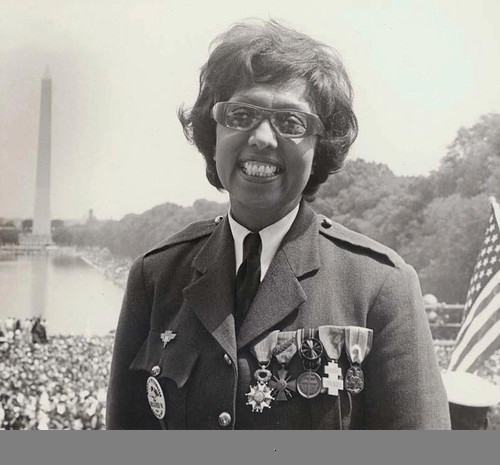 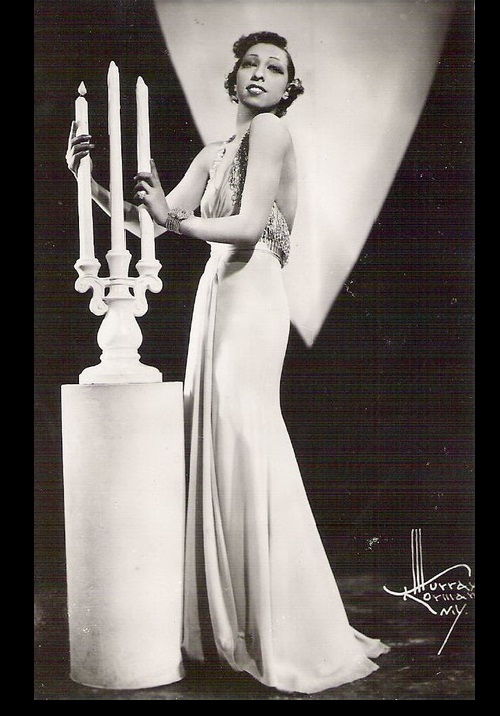 The star of the Parisian cabaret, Josephine Baker 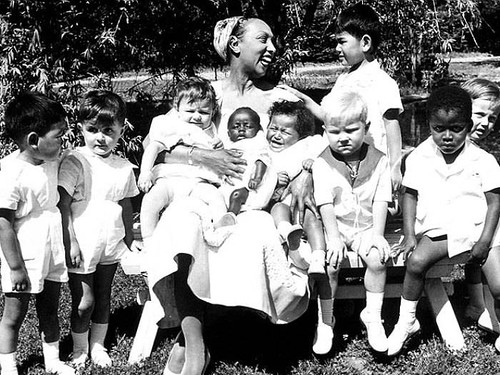 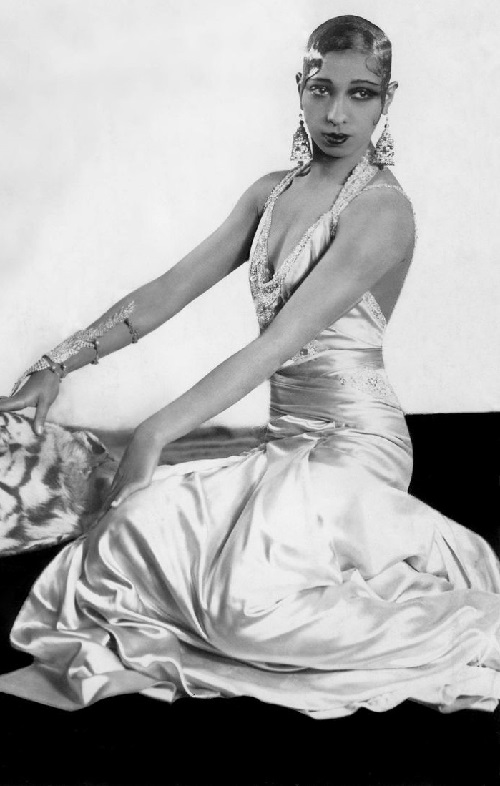 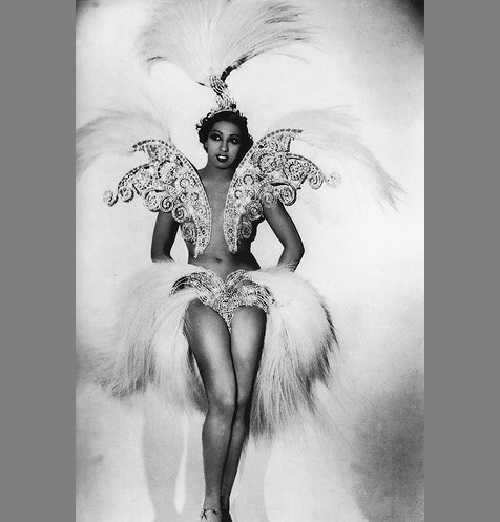 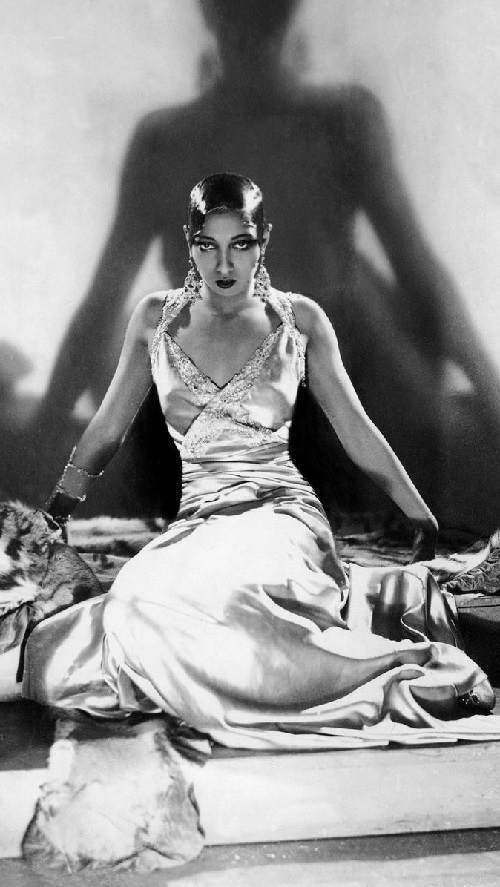 Still performing in the 1960s and turned to social activism, she was invited to be a leader in the US civil rights movement after Martin Luther King Jr died 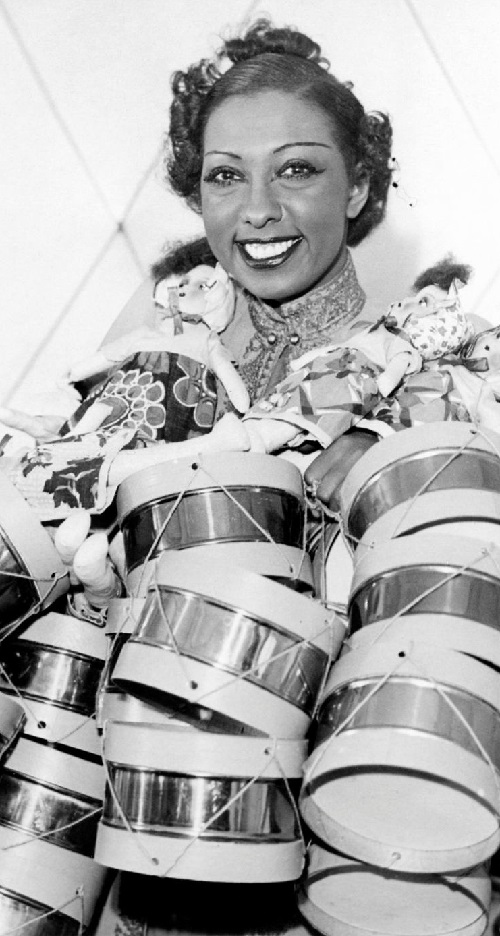 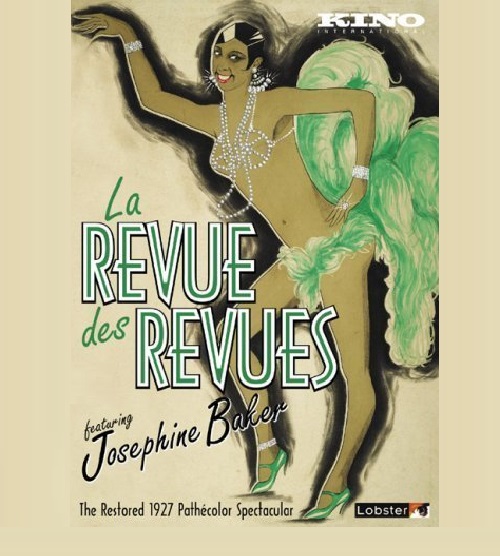 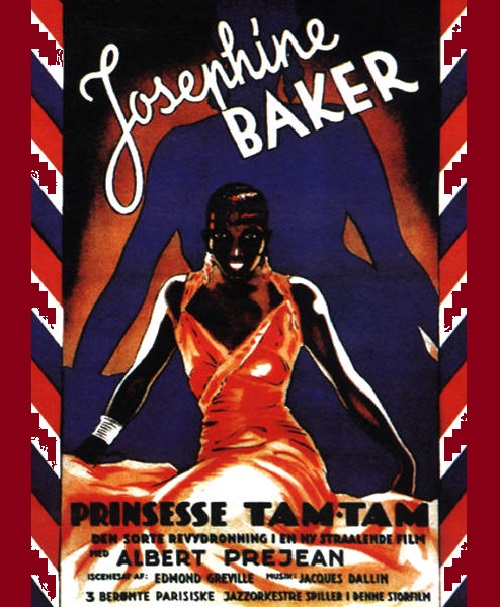 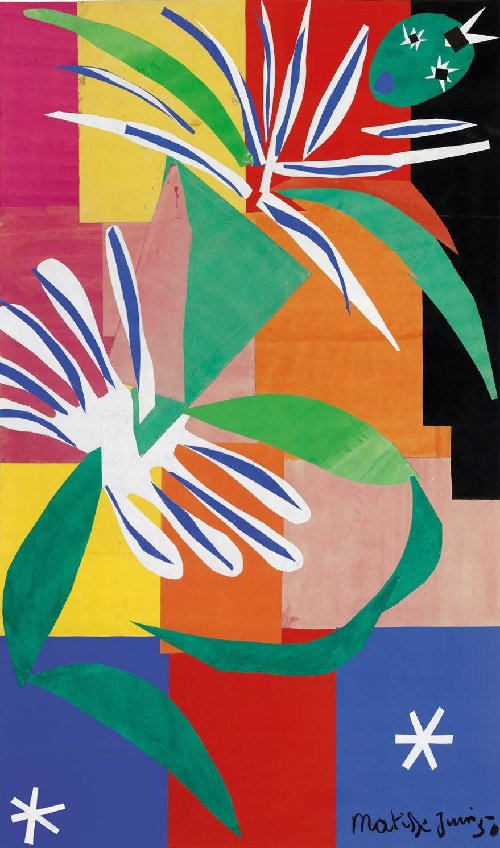 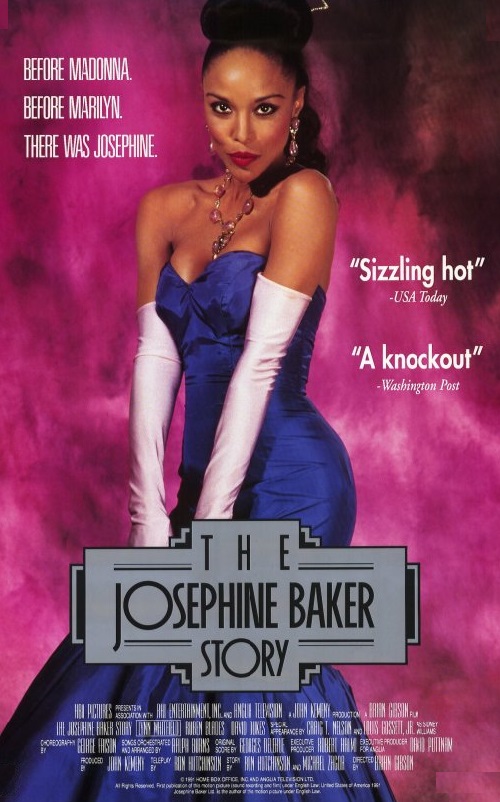 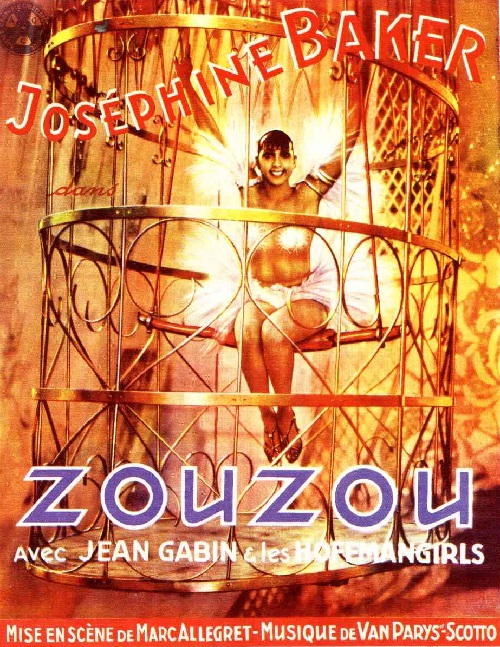 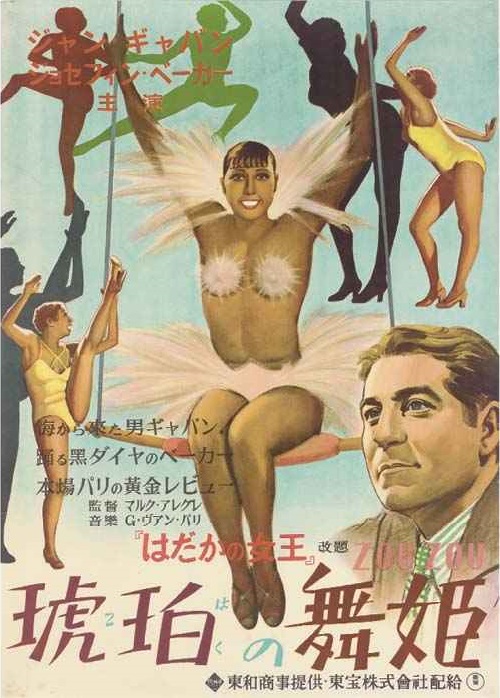