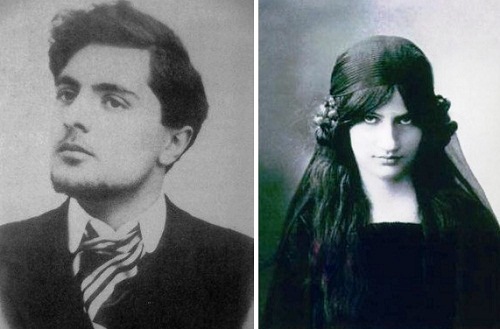 Amadeo Modigliani and Jeanne Hebuterne
Almost every evening, she pulled him, hardly standing on his feet, from a pub, made him sit on a tram, and took him home. “Lucky man” – thought everybody, the beautiful woman beside him was an angel, and even angels, seeing her love and humility, forgot their mission. The woman was Jeanne Hebuterne and the lucky man – Amedeo Modigliani. For the first time they encountered during the Shrovetide fun in 1917 on the terrace of a Parisian cafe. Modi immediately began to sketch on paper a portrait of a girl with a mop of black hair. Then he confessed to a friend: “I met her … she often came to me in a dream, and so this will be my eternal love.” And she was. 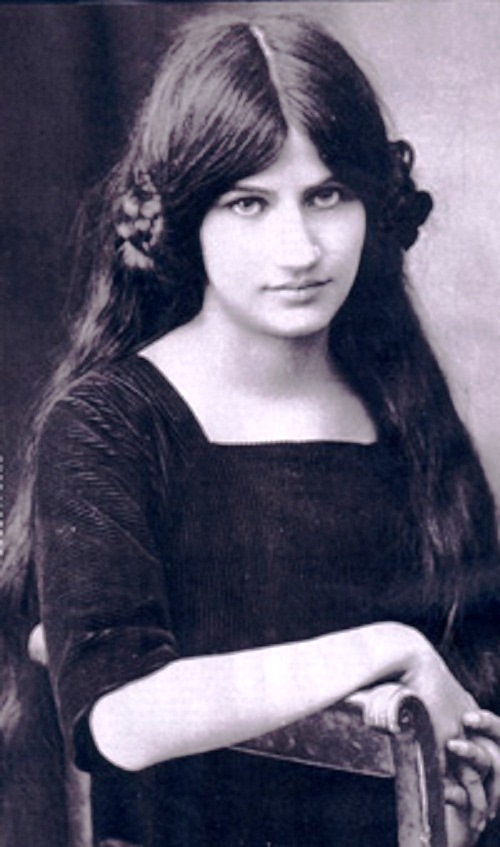 Gentle, shy, quiet, and delicate 19-year-old Jeanne fell in love with this 32-year-old man, suffering from tuberculous meningitis, and she followed him to the end.

Soon after she moved in with him, despite strong opposition from her deeply Catholic parents. For several years they lived in a tiny studio, desperately short of money. Jeanne Hebuterne was a major theme in the paintings of Modigliani.

On November 29 Jeanne gave birth to a daughter. The following spring they returned to Paris, and Jeanne became pregnant again. By this time, Modigliani was suffering from tubercular meningitis, and his condition deteriorated rapidly. 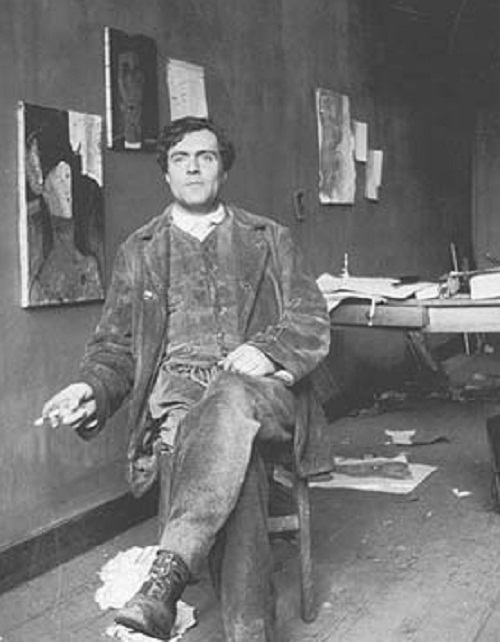 When he learned that Jeanne is pregnant for the second time, Modigliani wrote a letter of registration of marriage, which did not happen: Amedeo Modigliani died of a severe attack of tubercular meningitis at the hospital for the poor on 24 January 1920.

The next day Jeanne, completely distraught with grief, threw herself out of the fifth-floor apartment window, killing herself and her unborn child.

Their unseparated hearts are on the plates of the Paris cemetery Père Lachaise. On one is written: “Modigliani, painter, who died on the verge of fame”. Her epitaph reads: “Devoted companion to the extreme sacrifice.” 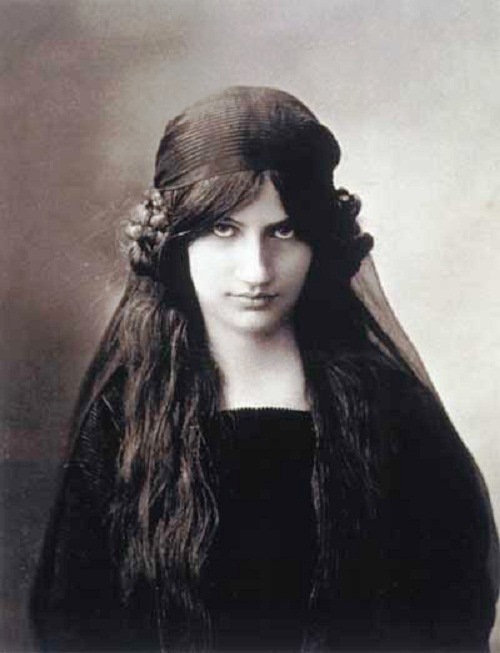 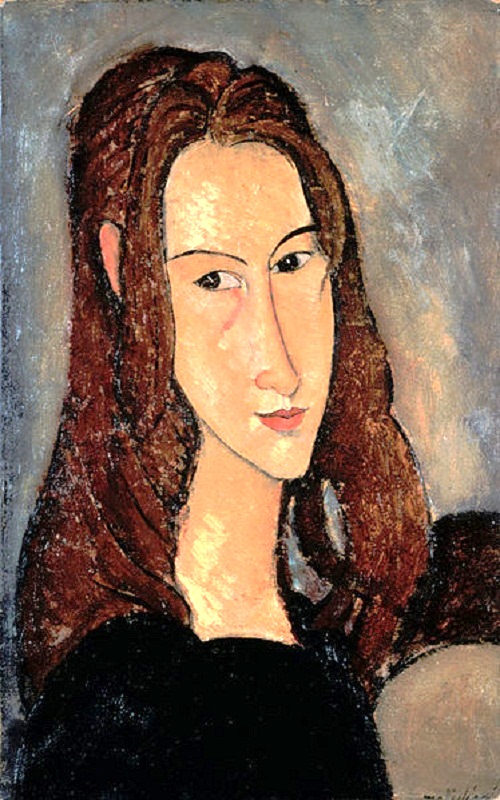 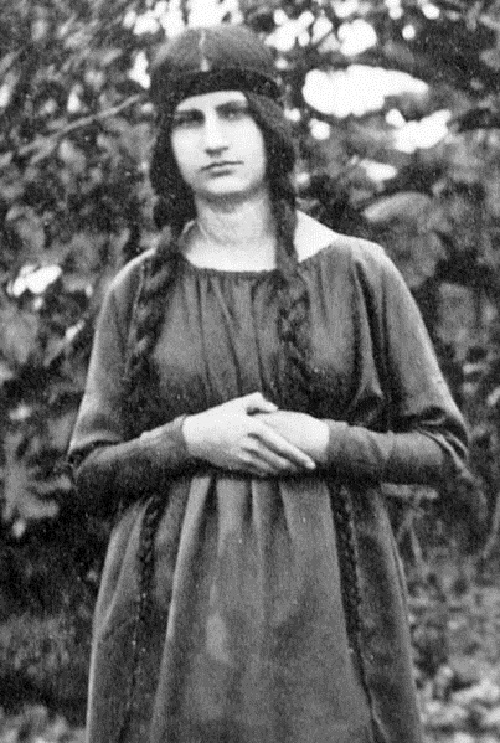 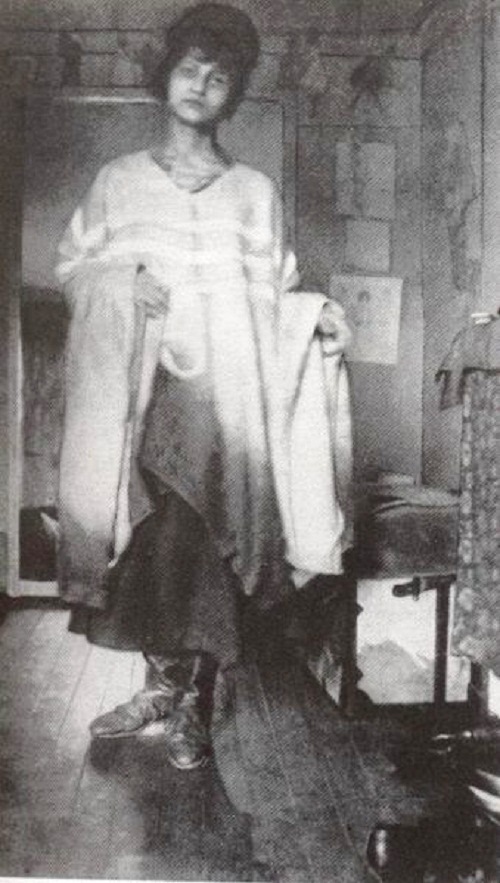 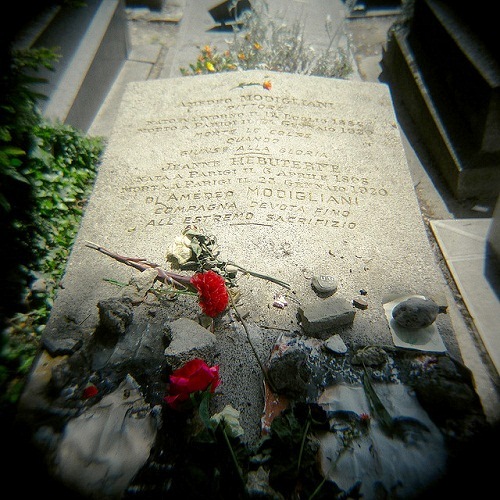 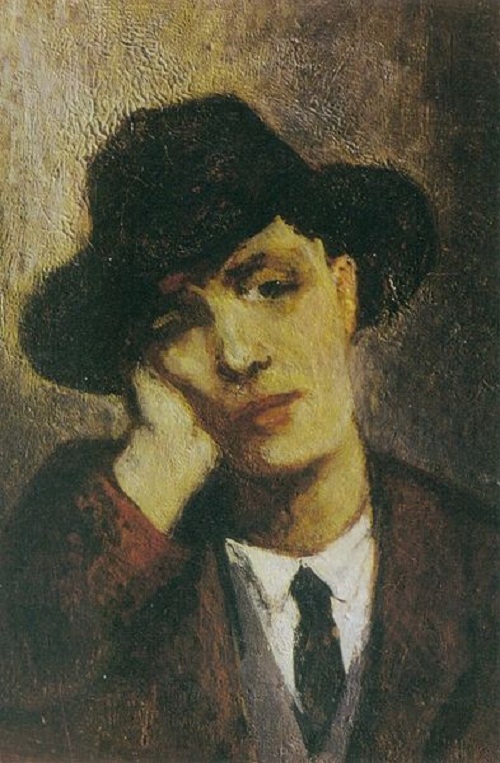 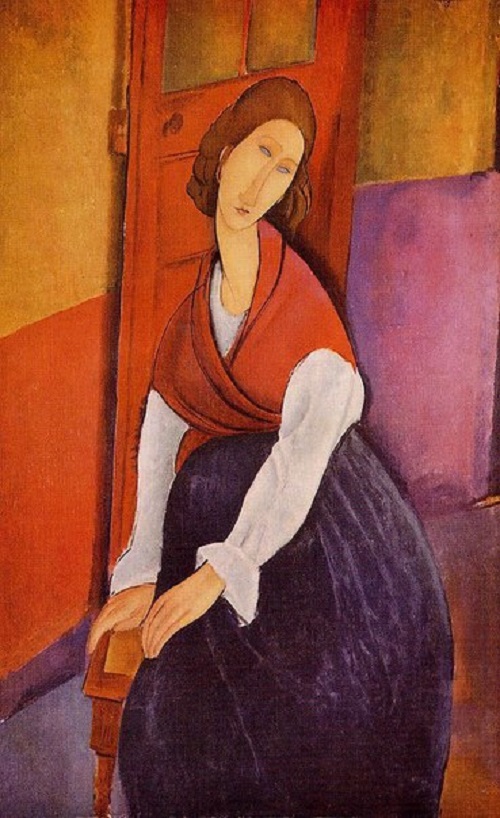 In a red shawl, portrait of Jeanne Hebuterne, 1919 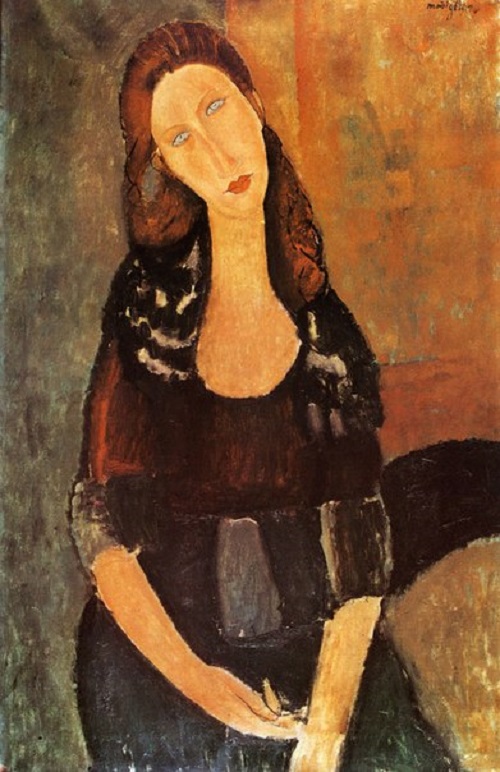