Unusual restaurants from around the globe 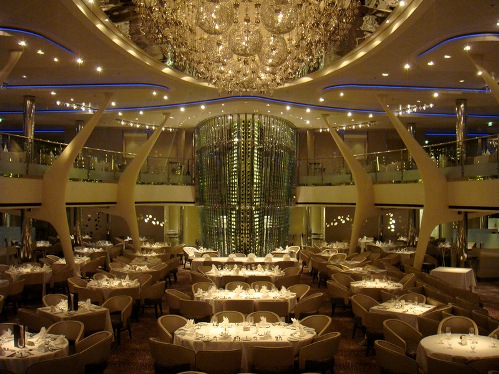 Celebrity Solstice – Unusual restaurants from around the globe 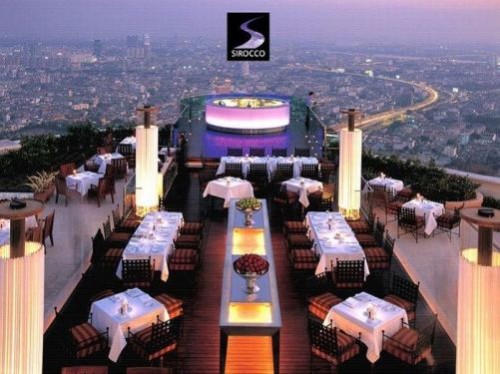 Sirocco – the world’s largest all open-air restaurant and “Sky Bar”, located on the 64th floor of the State Tower in Bangkok, Thailand

Unusual restaurants from around the globe: Da Pancrazio

The restaurant located in Rome, Italy. A restaurant which is built over the ruins of Theatre of Pompey, and also one of the most original buildings in the city. A lovely old Roman institution, very traditional, with excellent service and wonderful food. For you who wanna taste the Rome’s original foods, this might be great for you. 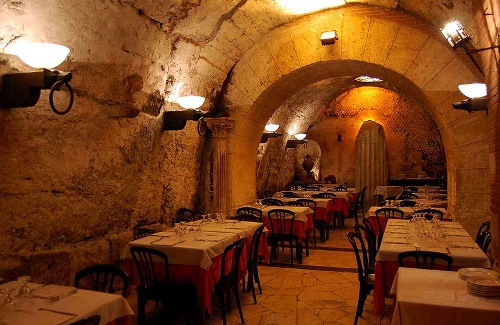 Have you experienced a dinner time in a cave? No? If so, this Alux restaurant and lounge could be a nice consideration, well of course you need to visit Mexico first. Surrounded by a group of shining stalactites and stalagmites, this place looks like a mystical cave. Offering the natural taste of each ingredient cooked well by the chef, plus wine from the five continents, music and exotic cocktails.

Alux restaurant. Dinner in a cave

An amazing restaurant, an extraordinary building which is built and cleaned out of the 1600 years old Roman Cistern. Featured a fire-place in ancient style, good quality foods, charming staff, and unique atmosphere — even during the hottest days of summer, the place will give you a pleasantly cool atmosphere. 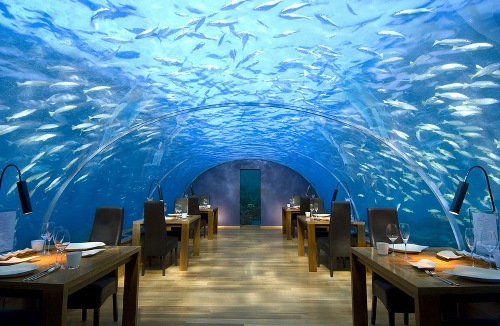 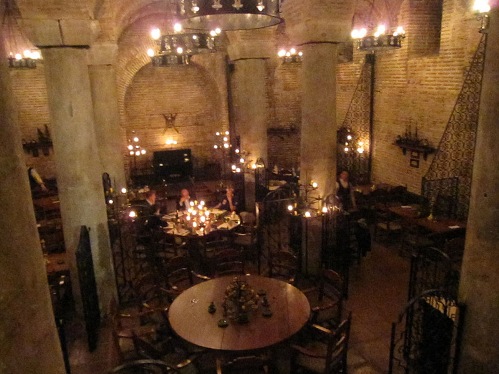 The Rock Restaurant in Tanzania

The restaurant, located on a small rock in the Indian Ocean near Michanwi Pingwe Beach, regularly tops the ratings of the most unusual establishments. Clay walls, plank stairs, thatched roof – what can attract visitors here? The answer is simple: a view of the ocean, as well as the need to get there by boat, because the rest is located on a small island. By the way, the building itself from the shore seems miniature, if not tiny, but this is an illusion: up to 40 guests can fit inside.

This mountain is considered one of the five sacred in Taoism and is famous for the difficult and dangerous climb to the top. There, at an altitude of more than two thousand meters above sea level, there is a tea house, converted from an ancient temple. It is believed that only experienced climbers can overcome the path along this “heavenly ladder”, but there were cases when tourists without training also succeeded. A small Finnish town is known for the fact that every year a fortress with a hotel, a chapel and a restaurant is built there from snow. Every year the architecture and design of the castle change, so many tourists do not get tired of coming here again in order to once again be amazed at the intricate statues and beautiful vaults. The local restaurant, where tables are made of ice and chairs are made of wood covered with reindeer fur, serves food and drinks from a special, warming menu. This Maldivian restaurant is popular not only with divers, but also with those who do not dare to dive, but do not mind admiring the marine life and trying dishes from them. Its hall under a domed transparent roof is located at a depth of about five meters. Those who decide to visit should take into account that there are few places in the restaurant – 14 at seven tables, so you need to sign up for lunch at least a week in advance. In summer after sundown, seen from the Mont Blanc refuge. Unusual restaurants

The name of the mountain peak Aiguille du Midi is translated as “midday peak”, because it is at twelve o’clock in the afternoon that the sun is above its peak (when viewed from Chamonix). But the best view, of course, is not on the peak, located at an altitude of more than 3800 meters, but from it. It is for this reason that tourists from France and other countries go to one of the highest mountain restaurants by cable car. Another restaurant with an unusual location is located almost in the very center of the capital of the Netherlands, in the Frankendael park. The institution opened in 2001 in a greenhouse with a hundred-year history. Vegetables and herbs for dishes are grown under the same roof – in the greenhouse.

An interesting detail: those who do not enjoy admiring the plants during lunch can book a table in the kitchen and watch how the food is prepared for extra money. The first buildings on these high mountain ledges in the Swiss Alps were shepherds’ huts. Goats were brought here in search of better pastures. But the view from the ledge is capable of captivating anyone to such an extent that now there are no shepherds here, but there is a hotel with a restaurant. The owners of probably one of the most original restaurants (located in the desert and devoid of walls, ceiling and floor) invite visitors to look at the starry sky. Dinner here begins at sunset, when the first stars appear in the sky and the possibility of observations under the guidance of a specially hired astronomer opens up. Of the interesting dishes, tourists who have been here are advised to try crocodile and kangaroo meat. The idea of ​​this restaurant belongs to a sculptor who, together with his architect friends, constructed a huge grill over the crater of a small volcano. An institution that serves meat and seafood attracts not only this. The design of the hall is also interesting, which is a round closed observation deck with a panoramic view of the volcanic landscapes, reminiscent of many visitors to Martian ones. The restaurant in one of the Kenyan hotels does not offer unique views or unusual dishes, but tourists usually book tables here for a month. The reason is simple: lunch is held in the company of giraffes. The fact is that on the territory of the hotel there is a nursery for breeding Rothschild giraffes – today there are ten individuals. Most of the animals are completely tame and gladly not only look into the windows of the restaurant, but also stick their heads inside the room.