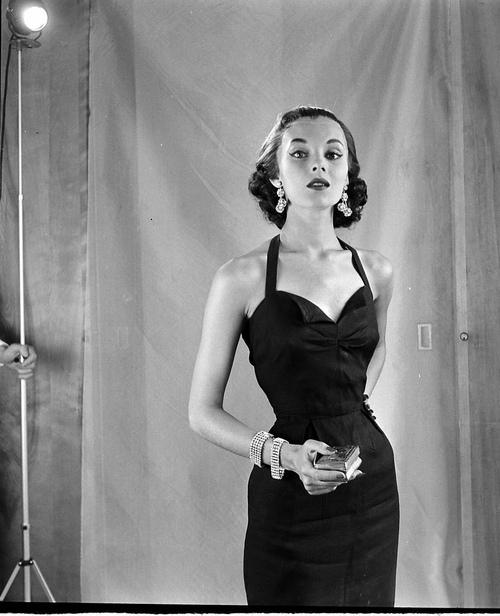 Beautiful American actress and model of 1950s Vikki Dougan is often considered to be the prototype of Jessica Rabbit – character from the 1988 film ‘Who Framed Roger Rabbit’. But to call her real-life Jessica Rabbit is incorrect. Jessica Rabbit is rather a collective image of sex icons of the time – Marilyn Monroe, Red Hot Riding Hood, Veronica Lake and Dougan. Barbie girl of 1950s Vikki Dougan was nicknamed “The Back” because of her expensive backless dresses, drawing too much attention both from men and women. The Limelighters wrote a song titled “Vikki Dougan”, in which they begged her singing “Vikki, turn your back on me”. 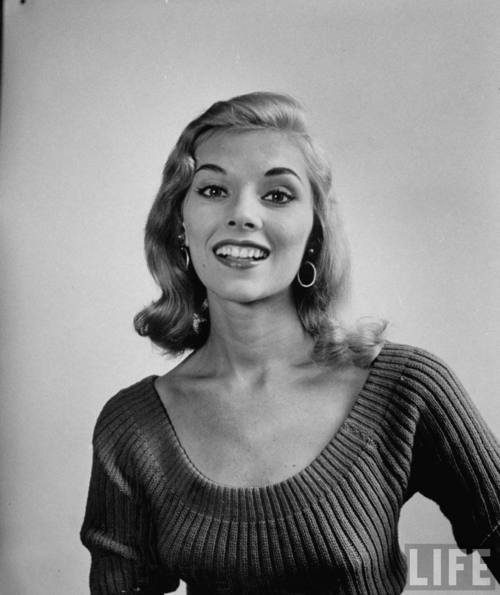 She was born Edith Tooker on New Year’s day – 1st of January 1929 in Brooklyn, New York City, into the family of Wilber and Mary (nee Dougan) Tooker. The beautiful girl started her modeling career at the age of 16. She got the first movie role in 1956 drama film “Back from Eternity”, where her partners were Robert Ryan, Anita Ekberg, Rod Steiger, Phyllis Kirk. Vikki Dougan was given small parts in another nine movies. 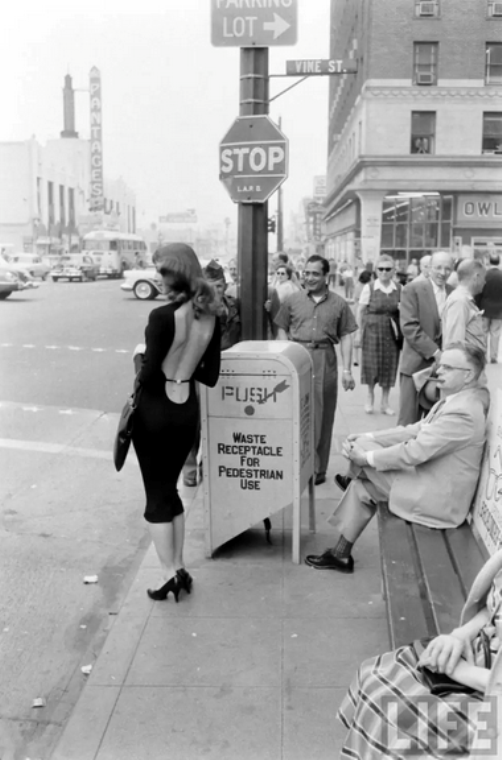 Actress and model of 1950s Dougan

In 1948 The New York Journal-American selected Vikki Stappers Dougan the winner of the eighth annual New York Skate Queen competition. Dougan became an ideal girl roller skater to be glorified for a year. Judging was based on charm, beauty and personality, not for for skating skill, contestants shouldn’t neither professional skaters, nor models and actresses. In 1949, Vikki was featured as the “’48 Beauty Queen of Figure Skating” in a comic-strip-style ad for Camels cigarettes. 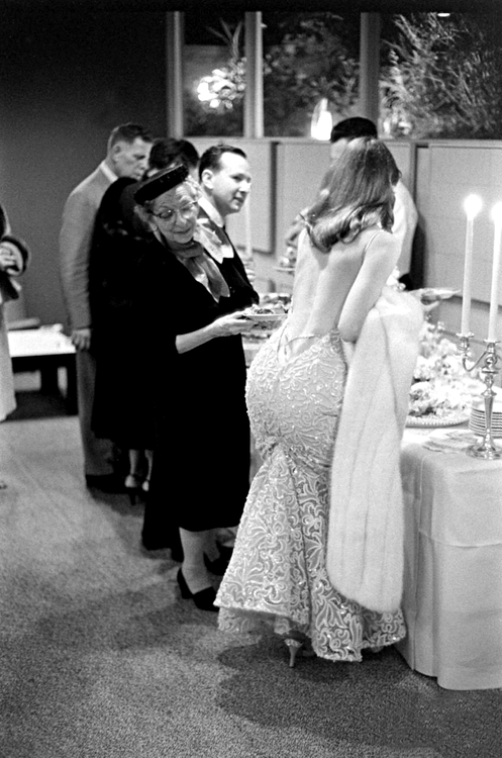 In 1950 in the family of Vikki and her husband Bill Symons was born their daughter Debbie, but this fact didn’t save their marriage. They got divorced. Vikki lived in Florida, working as a cover girl at Ciro’s, in Miami Beach. Her second husband was James Sweeney. 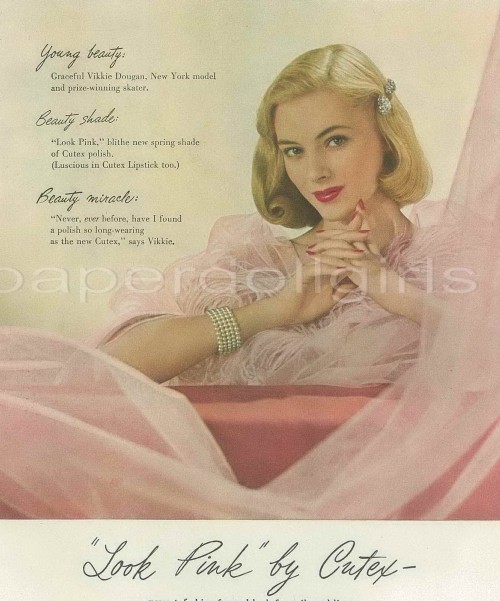 In the October 26, 1953 Dougan appeared on the cover of Life, accompanied by her three-year-old daughter, Debbie. In June 1957 Vikki appeared in the Playboy magazine (Vol. 4, Issue 6). She featured again in the December 1962 issue, under the section “Playboy’s Other Girlfriends”. In January 1964 Cavalier magazine published twelve nude photographs of Vikki Dougan in a pictorial entitle “The Back is Back”. 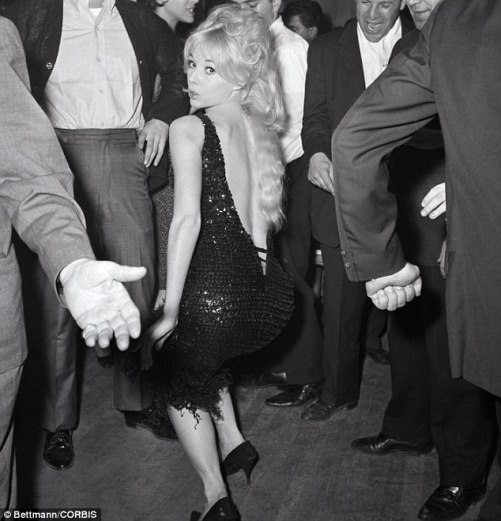 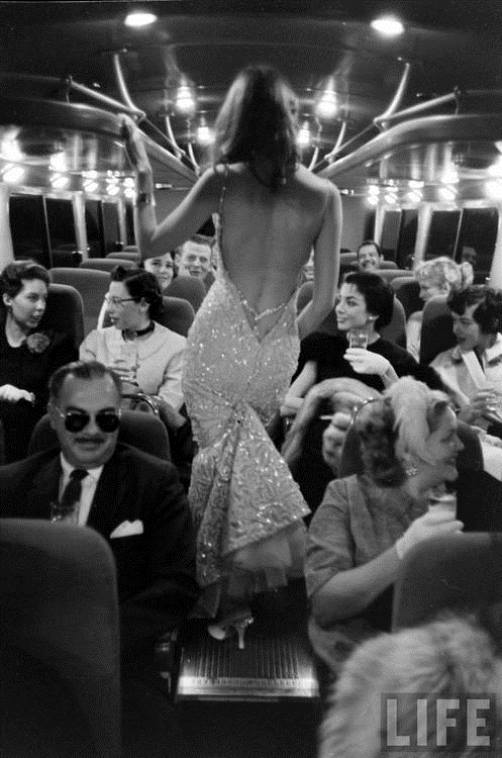 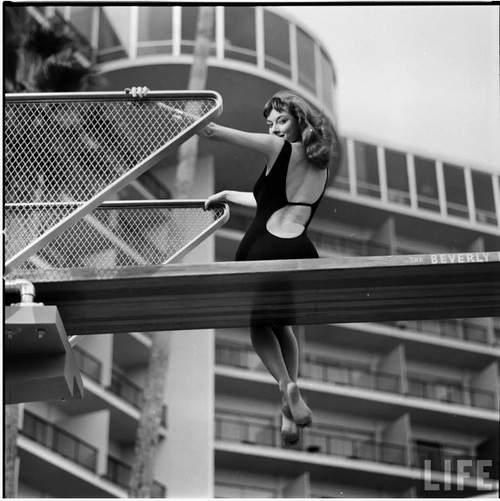 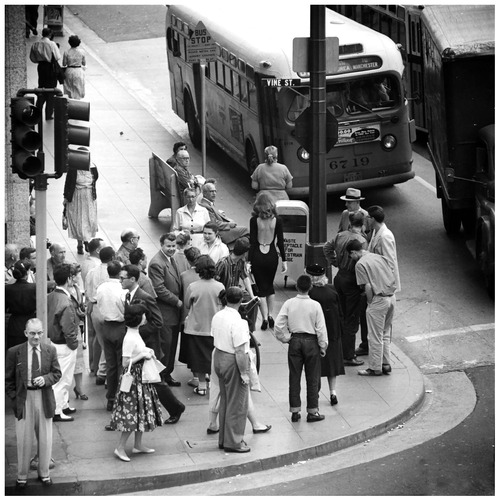 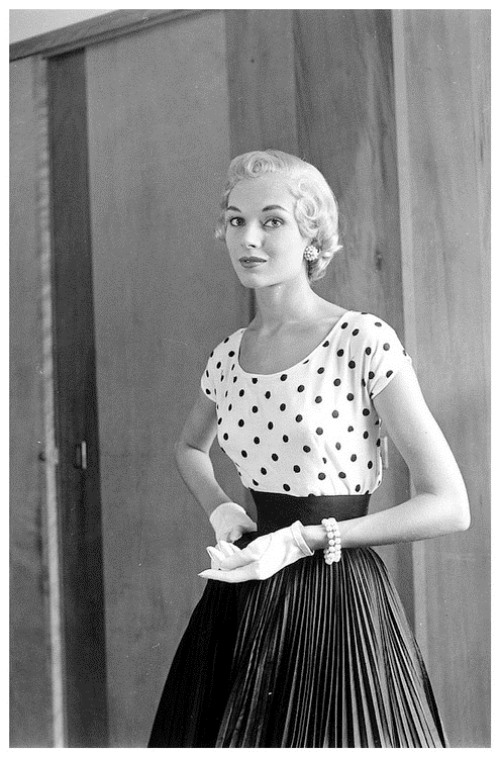 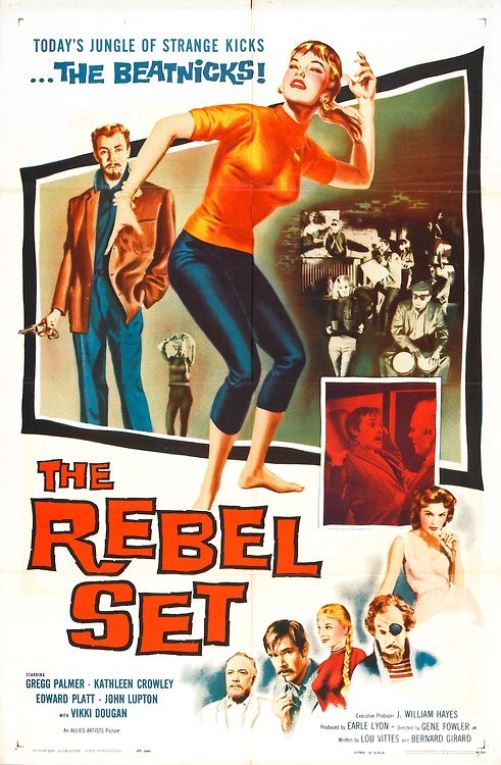 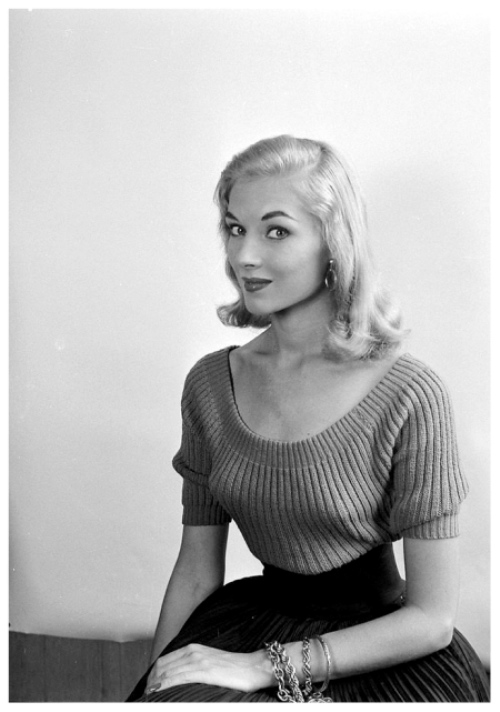 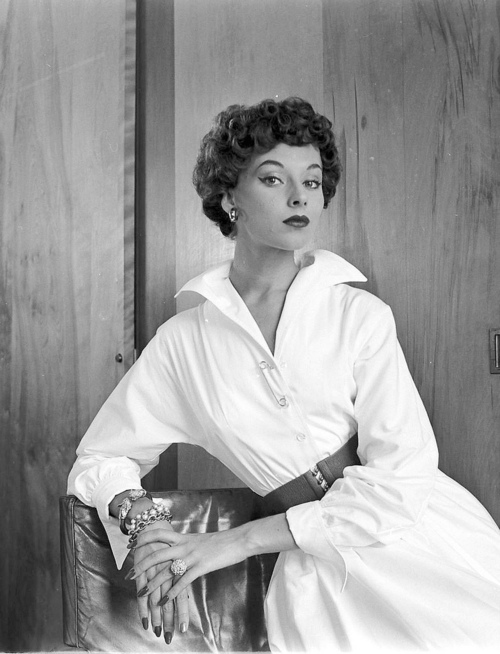 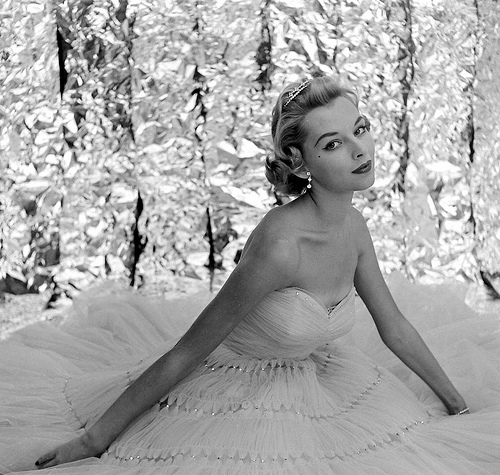 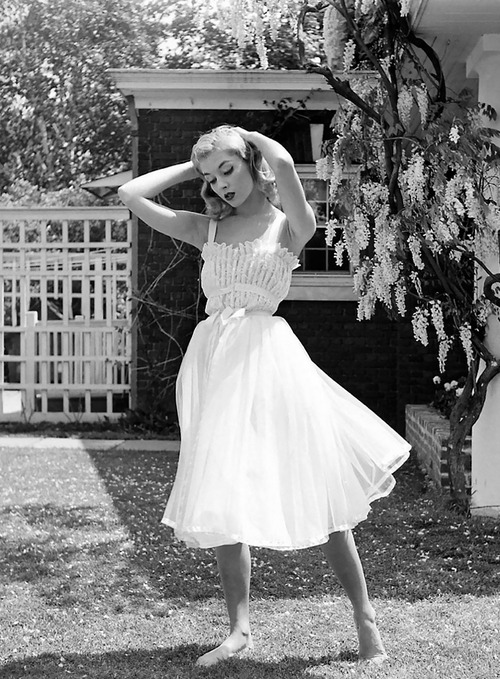 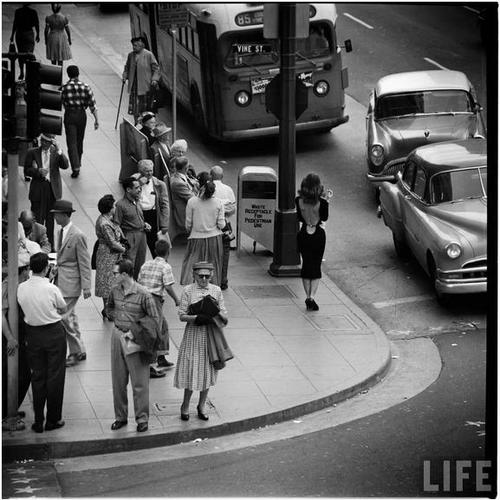 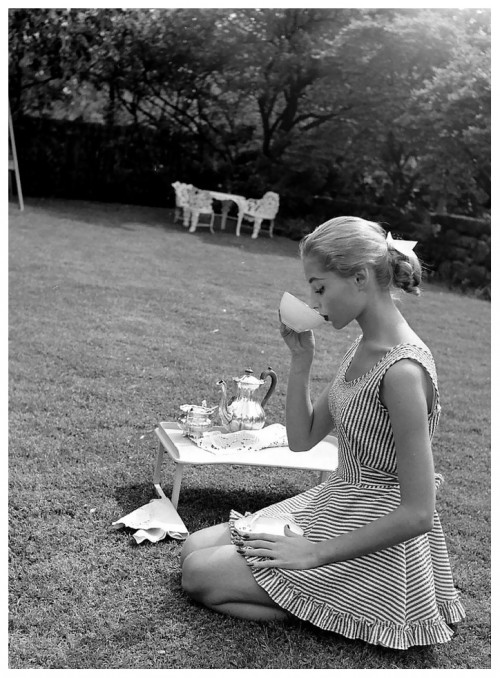 Dougan in sleepwear fashion photo by Nina leen may 1952 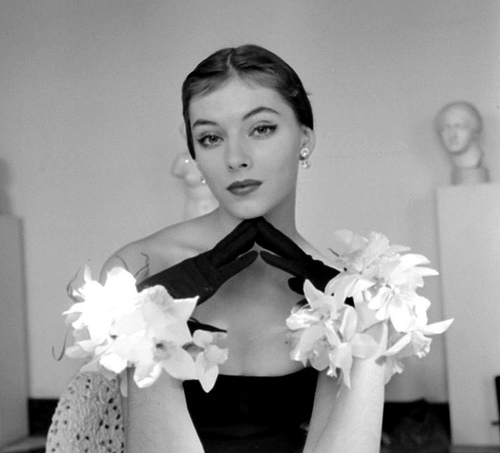 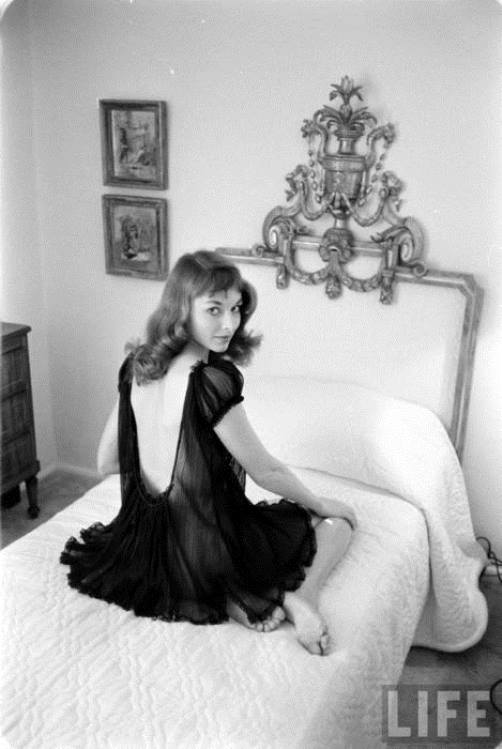