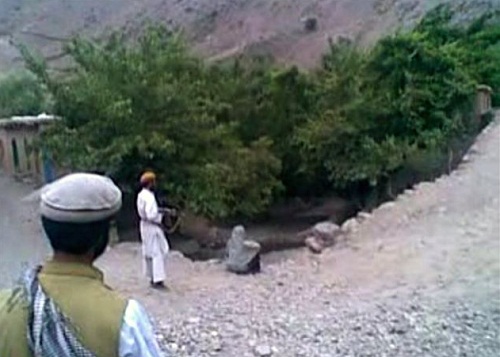 The shocking moment a burqa-clad woman was executed in Afghanistan for her part in a Taliban love triangle. Helpless Afghan woman gunned down

Helpless Afghan woman gunned down
It’s horrible, indeed. Gunned down with an AK47 – Poor 22-year-old woman Najiba as baying Qimchok villagers of Parwan province cheer in delight. Besides, dozens of men on a nearby hillside cheer, ‘God is great!’. This is the shocking moment a burqa-clad woman executed in Afghanistan for her part in a Taliban love triangle. Shot dead after being accused of adultery with a Taliban commander. The executor continued to shoot her dead body whilst walking towards it. According to the Officials in Afghanistan, the killing came about due to a dispute between two Taliban members, who had argued over the woman.
However, the exact place of barbarism is unknown, it is clear only that it is one of the villages in the province of Parwan about 100 kilometers from Kabul. It is obvious that Afghan women, the most disenfranchised beings in the country, pay for poverty, ignorance and the fierce struggle for power in today’s Afghanistan. Even an animal has more rights in this system of values ​​- an orthodox Muslim must help animal in a difficult situation.

A representative of the provincial government admitted that the shooting took place, and accused the Taliban of the crime. However, the Taliban, which is fighting against Karzai, rejected these allegations and explained the “incident” with tribal customs.

The head of state ordered to immediately find and detain the guilty. True, there is a high probability that these his words are nothing more than a beautiful gesture towards the international community and a specific audience whose investments he was counting on. After all, Karzai himself lives according to Sharia law: he recently approved a law that allows a husband to punish his wife, for example, if he is not happy with her sexually. And the courts are even easier. In Sharia there is no such thing as rape: if it happened, the woman herself is to blame.

This is just about crimes, and there is no need to talk about lawlessness in education, family, and work. Sharia prohibits women from studying and doing anything other than domestic work. Therefore, in Afghanistan, about 95 percent of women are illiterate. The wife does not have the right to divorce, and obliged to agree with any decision of her husband. Paranja, oddly enough, Afghan women regard as a “shelter” from male tyranny – something like an invisibility cloak. 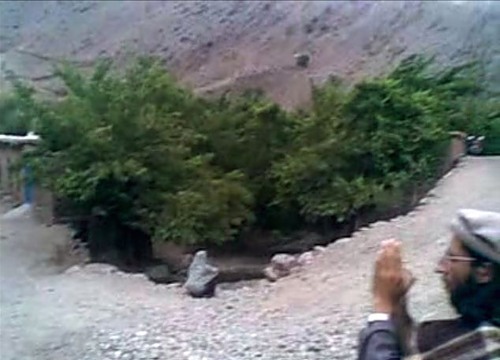 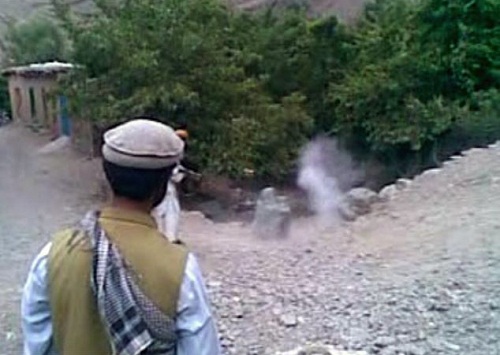 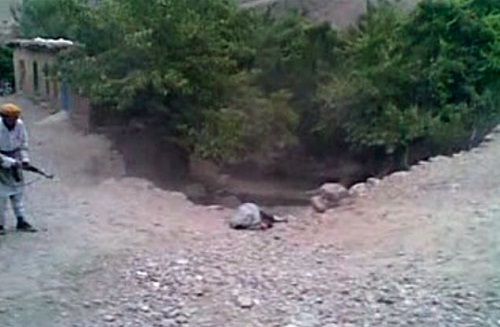 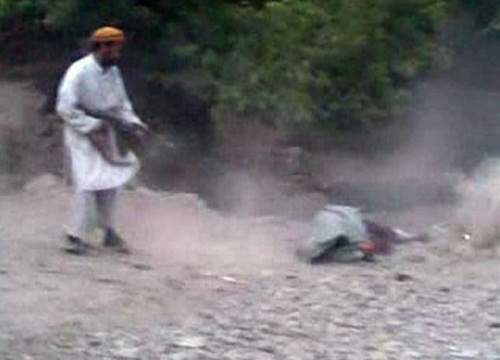 Gunned down with an AK47 – Poor 22-year-old woman Najiba 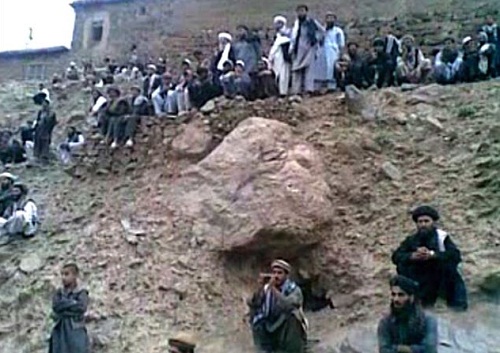 dozens of men on a nearby hillside cheer, ‘God is great!’