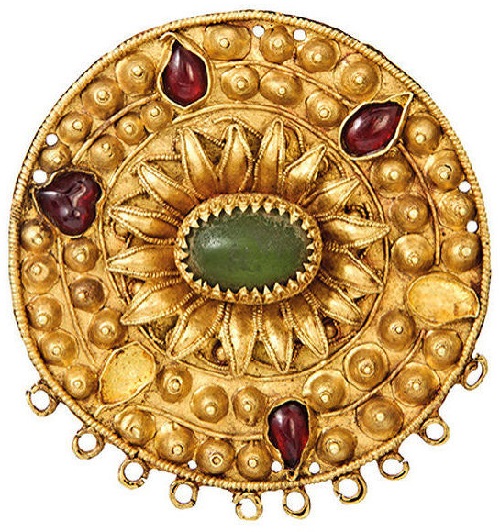 The fate of Crimea Scythian gold – the largest in the history of the Crimea exhibition of archaeological artifacts, from the earliest monuments of V century BC Gothic antiquities to V-VII centuries BC, is decided at the highest political level. The first concerns about the future of artifacts, which cost is estimated at $ 20 billion, expressed Hermitage director Mikhail Piotrovsky. Amsterdam museum refuses to return to Crimea unique masterpieces of Scythian period that are participating in the exhibition “Crimea: gold, and the secrets of the Black Sea”, as Holland did not recognize Crimea a part of Russia. The collection includes archaeological finds, among the exhibits – artifacts of gold, ceremonial helmet and gems – more than a thousand artifacts from four Crimean museums (Bakhchisaraysky, Kerch Museum, Chersonesos National Reserve, and the Central Museum of Tauris) and one from Kiev (Museum of Historical Treasures). 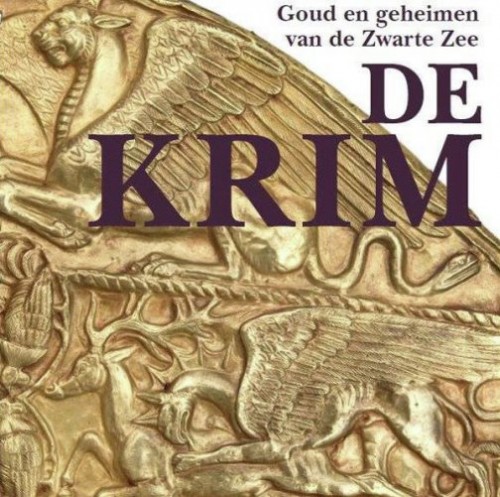 Exhibition “Crimea: Gold Secrets of the Black Sea” was opened at the Archaeological Museum Allard Pierson in Amsterdam in early February, the project will remain in Amsterdam at least until the end of August, according to the agreement between the cultural department of Ukraine and the Netherlands. 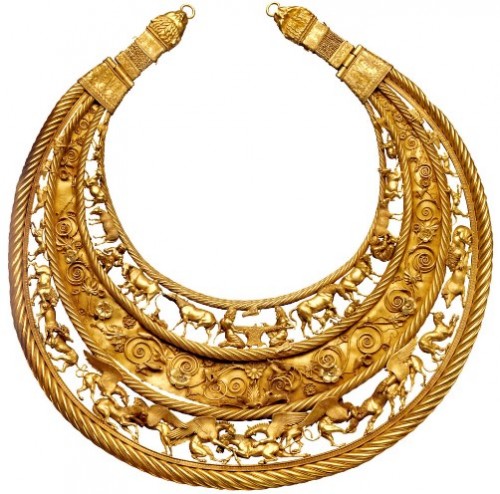 In June 2013 the Exhibition “Crimea: Gold Secrets of the Black Sea” was shown in the German Beaune. There exhibition was a furor – at least 53,000 people saw the Crimean antiquity. February 6 the project “Crimea: Gold Secrets of the Black Sea” opened at the Museum of the University of Amsterdam Allard Pierson. At that time nobody could imagine what events will take place in Ukraine in a few weeks. Where now after the referendum on Crimea, will go artifacts remains a question.

Exhibition, in any case should last in Amsterdam until the end of August. This decision was taken due to the great success in Germany. The exhibition had offers from Greece, China, Japan, but now nothing is clear. And there is fear that things will not be refunded, as the countries of Europe and the United States did not recognize the results of the referendum – the West continues to believe or pretend to believe Crimea part of Ukraine. From this point of view, the problems do not exist.

Agreement on the extension and all other arrangements for the project passed through the Ministry of Culture of Ukraine, which no longer exists. The new ministry has no relation to this exhibition. Russian museum community worries about the fate of the Crimean exhibition. President’s Special Representative for International Cultural Cooperation Mikhail Shvydkoi, for example, believes that it must return to the Crimea, “because it is part of the Crimean cultural heritage, as it is associated with Chersonesos gold, with Crimean cultural and social history.”

The Scythians were a people of skilled craftsmen, skilled and brave conquerors pastoralists. They built their civilization in VII century BC in what is now Ukraine and southern Russia. Like other nomadic tribes, they buried their dead in bulk mounds. But the Scythians literally filled the grave with gold. The precious metal was considered a symbol of eternal life. Burial clothes of ordinary people were decorated with medallions. In the tombs of the nobles and the Scythians put massive gold jewelry.

Critics fear that the Scythian gold and other artifacts of Ukrainian museums in times of unstable governments can fall into the category of “displaced values” and will be lost forever. We evidenced such examples. Just last year, during the riots was looted museum of antiquities in the Egyptian city of Mallawi, 500 lost relics. In 2011, after the attack disappeared 50 exhibits from the collections of the Cairo Museum. The attackers also disfigured mummies and sarcophags.

Iraqi National Museum in Baghdad probably will never be able to recover the treasure of its collection. During the American occupation of the country, the museum was looted. From seven thousand objects of art remained only a thousand. Heritage of ancient Mesopotamia lost in the labyrinths of the black market.

In this case return of artifacts from private collections and museums in other countries – almost impossible mission. Greece is still trying to return from the British Museum, home marble sculptures that were just broken out from the Parthenon. Paris Louvre stores Italian treasures captured by Napoleon’s army. In museums in the U.S. there are huge collections of African art taken from the slaves of the continent. Disputes about the rightful owners go for decades, but seldom resolved in favor of historical justice. 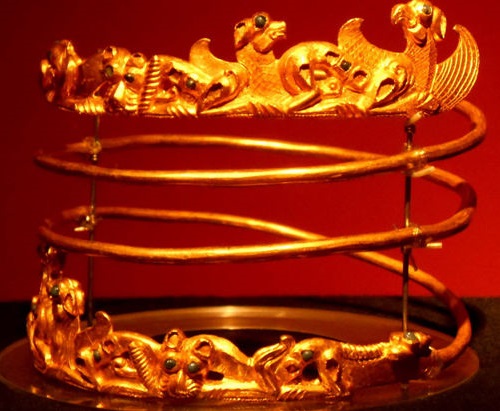 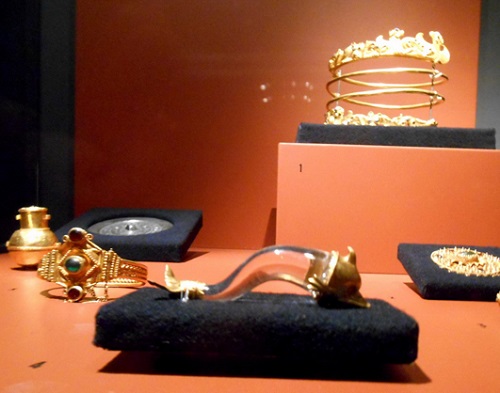 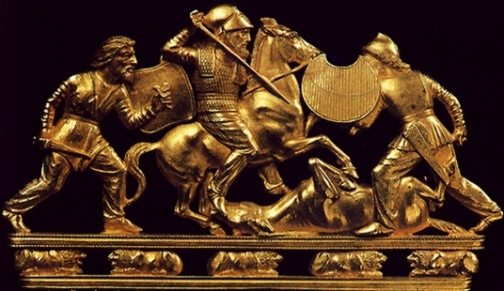 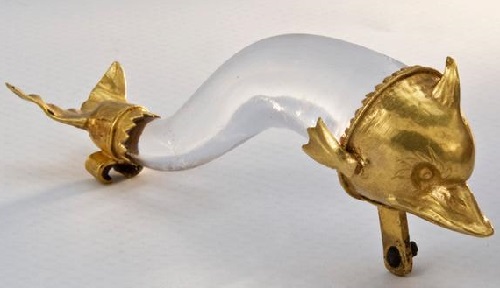 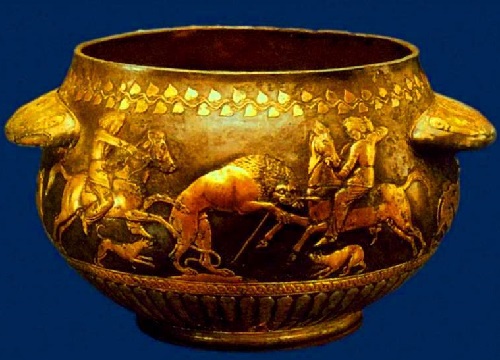 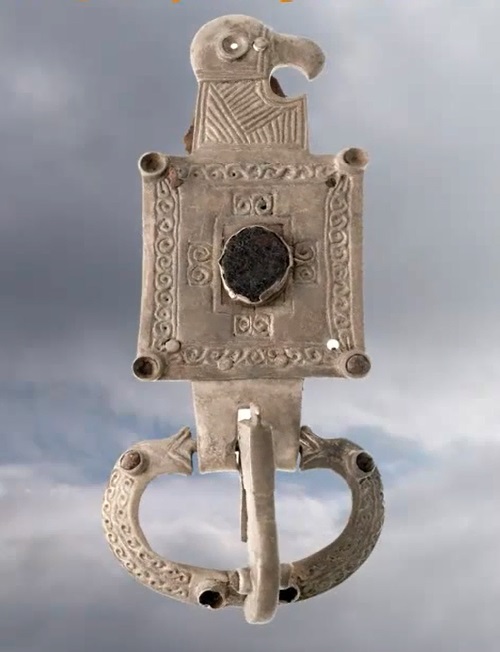 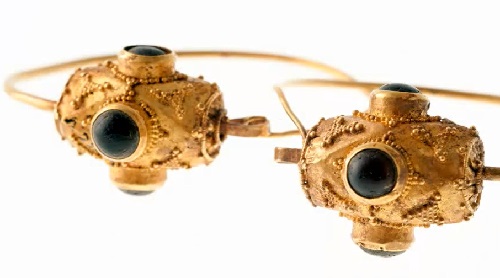 Artefact from the Central Museum of Tauris 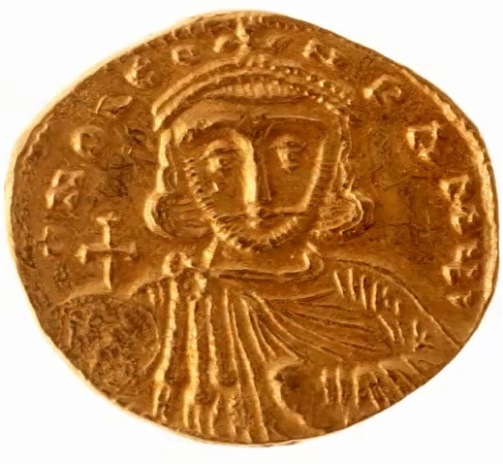 Precious exhibits from the Central Museum of Tauris 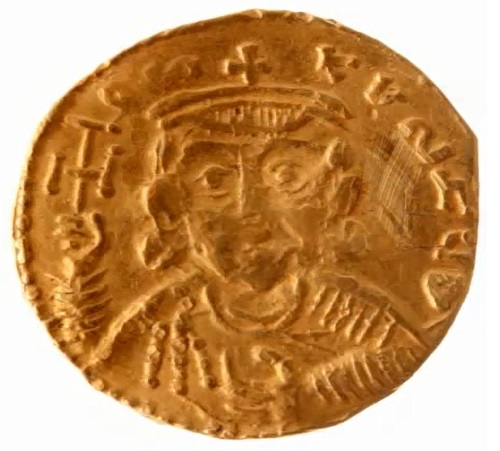 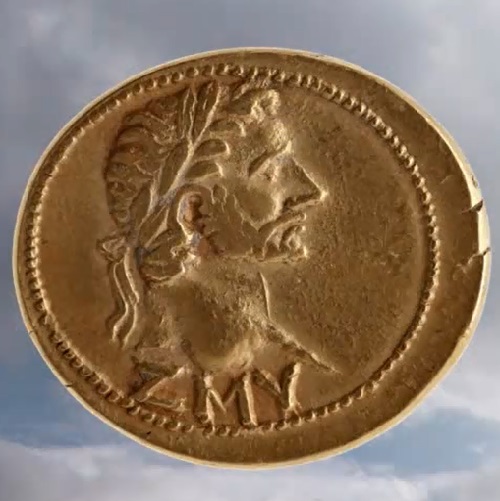 One of the ancient coins. Central Museum of Tauris 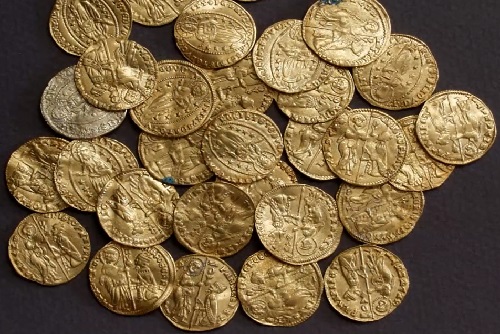 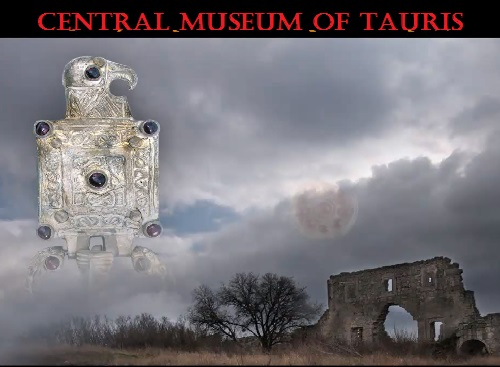 Poster of the Central Museum of Tauris 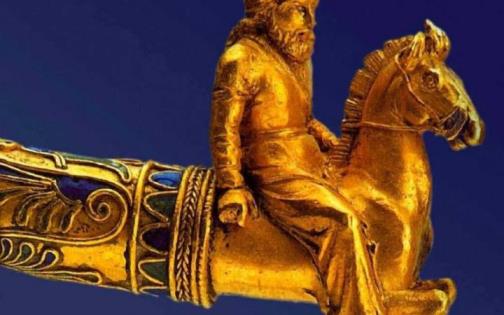 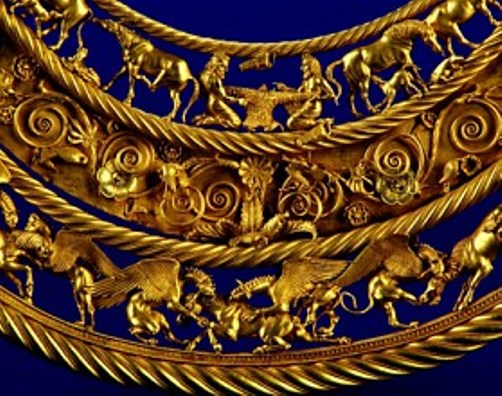 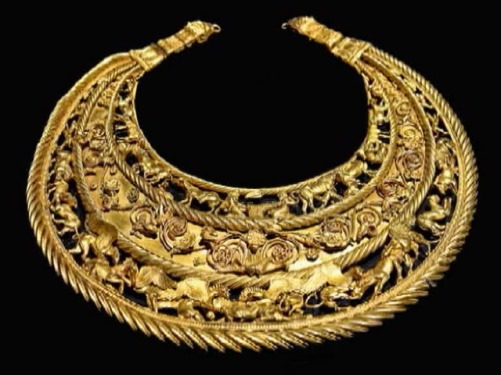 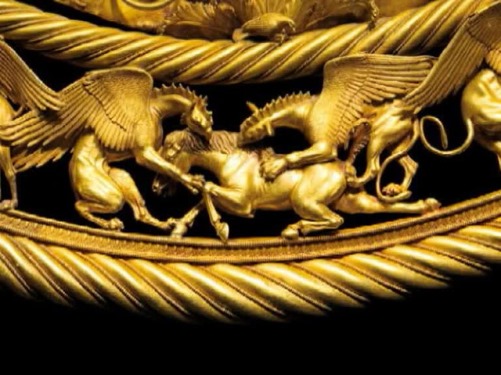 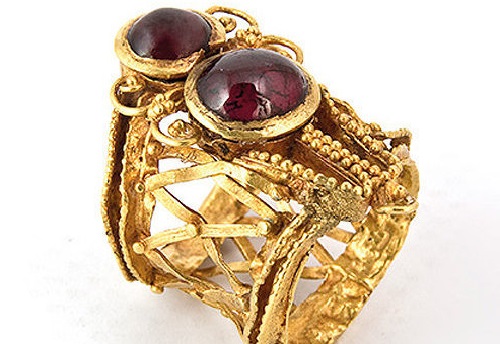 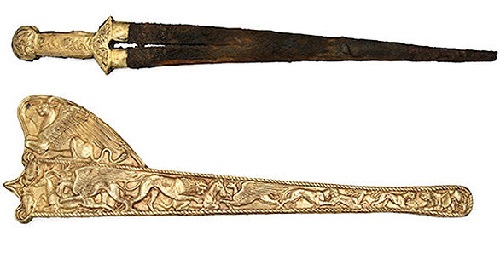 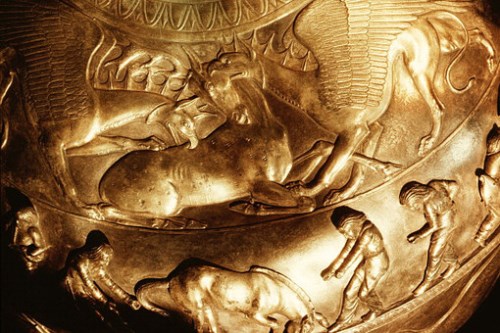 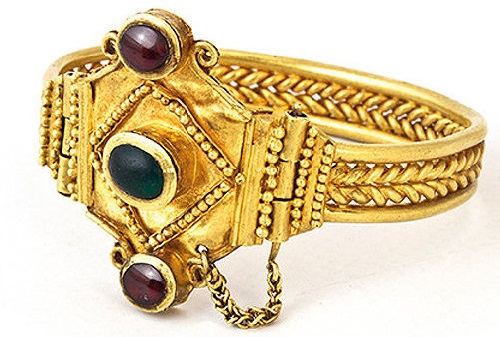 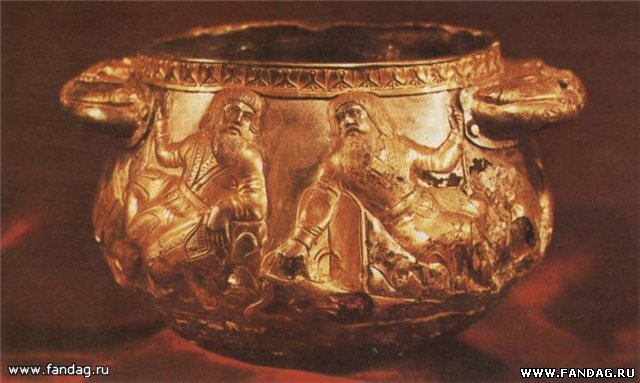 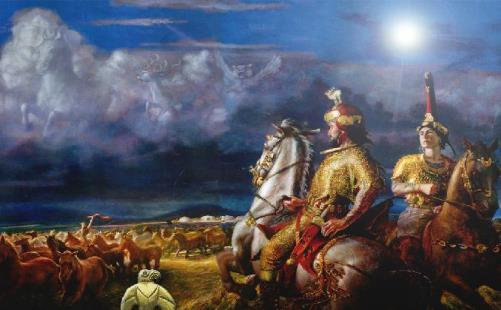