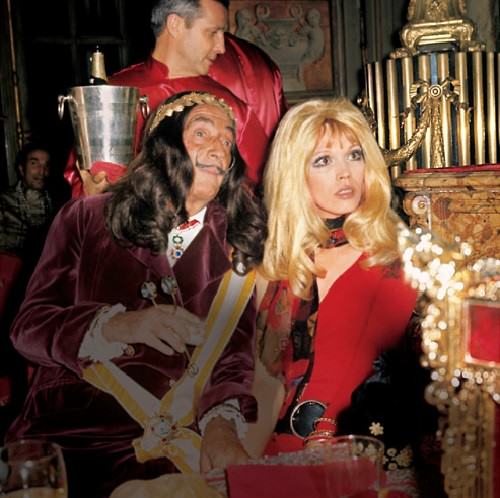 In the 70-80-ies of the last century photos of Amanda Lear graced the pages of fashion magazines and covers. While she was successful model and a disco diva. Her brilliant mind and beauty attracted many famous and influential men. One of the first who “discovered” Amanda was Salvador Dali. She was 19, she was charming and seemed to him an angel. Then she was known by her stage name Peki d’Oslo. Some researchers believe that the name of Amanda Lear – a play on words in French, L’Amant Dali, which means “lover of Dali”. 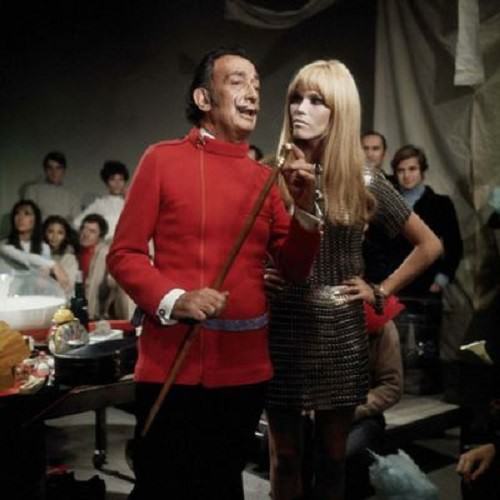 In 1984 in Paris was published the book “My Life with Dali” (autobiography) in which the author, Amanda Lear, juicy describes the unusual life of European bohemian of ’60s of the last century, many outstanding personalities of the period, and of course, outrageous genius Salvador Dali. In Russian the book was published in 2005 with a bit of a modified title – “Dali through the eyes of Amanda” (original title – Le Dali d’Amanda; My Life with Dali). 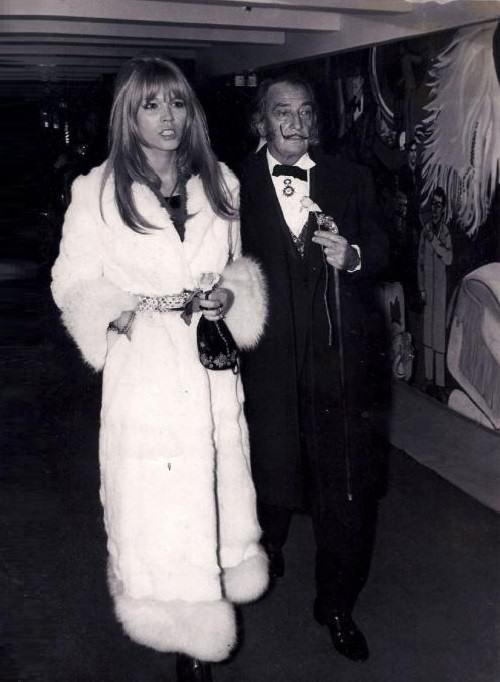 Their unusual relationship, which is a strange interweaving of friendship and romance lasted for many years, almost until his death. For a long time Amanda lived in the house of Dali. And, despite the fact that Amanda had her own personal life, the maestro allowed her to stay with him after the death of Gala, which was not allowed for any other woman.

Over the years of her life next to one of the most unusual and brilliant artists of the twentieth century Amanda Lear has gained a lot of observations and memories of Dali and his whims. 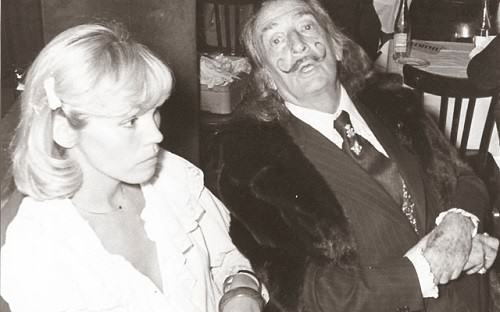 Of course, Dali knew Amanda kept a diary, where she described almost all of their conversations and events. But he did not have anything against this habit of his mistress, believing useful any talk about his person, and repeated: “The main thing – let say about Dali. At the very least let them speak well. ” 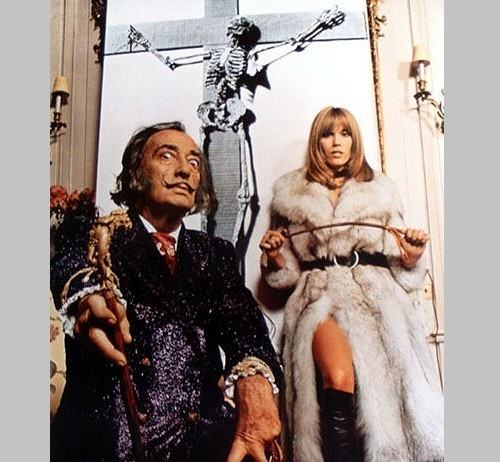 Did Salvador Dali and Amanda Lear have romantic relationship? Absolutely! Were they lovers? In doubt.

Peki d’Oslo (from a series of Paris transsexual photos in the 1959-1960) source galerievu.com

In late 1965, Amanda Lear, who came to dine in a restaurant in Paris “The Castel”, was invited to their table by twins Dennis and John Myers. At the head of the table sat Salvador Dali, looked that night like a King to Amanda, sitting on a throne surrounded by courtiers, and favorites. At first, the beauty girl drew attention of the artist – “You have a wonderful skull and skeleton of a high quality,” – he said, and then he paid tribute to her mind and extraordinary beauty. 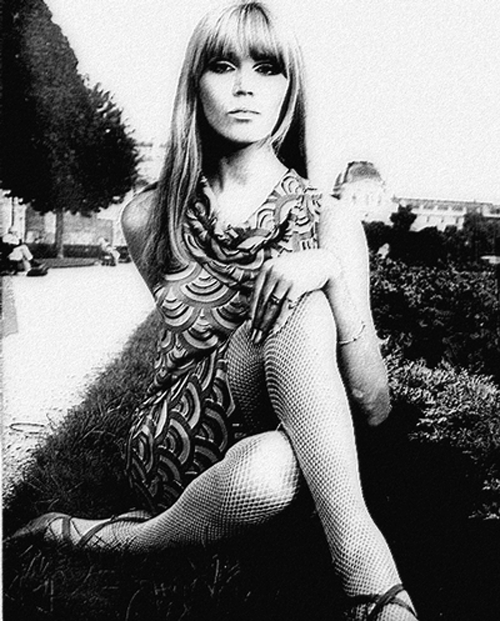 Amanda became a frequent guest of “court of miracles” – evenings in the hotel suite number 108 “Mёris” held daily from 17:00 to 20:00. She came here with Dali, who was the mastermind and the center of the “get-togethers.” Amanda with proper understanding perceived spicy and often lewd jokes of Dali and willingly participated in many of his crazy adventures. At his request, she put on her tight-fitting tights, half-naked, going to the ball to the Baron de Rede, and in 1968 appeared in the castle of Rothschild in a hat made in the form of a shark’s jaws, decorated with roses. 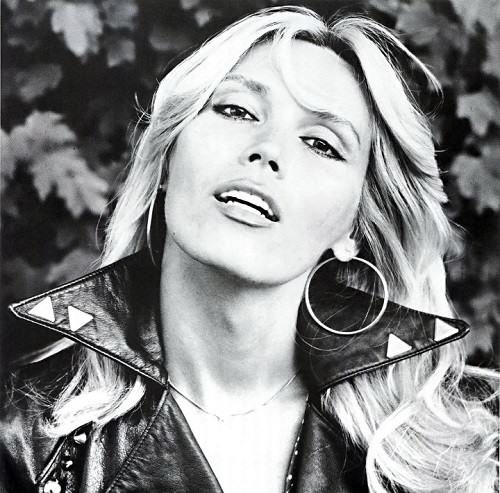 It seemed that Dali was happy to find a woman so close to him in spirit: it was interesting to talk to her about everything. He spent time with Amanda in European cities, took her with him to America, spoke about culture, talked about art, gave lessons in painting, not forgetting, however, to note that women can not create masterpieces just because they are – daughters of Eve. Here’s how Amanda herself reproduced his words in her book: “How do you paint? – In utter amazement he asked. – But this is just awful! There are no worse artists. In women, there is no slightest talent. Talent – as an exceptional quality of men”. 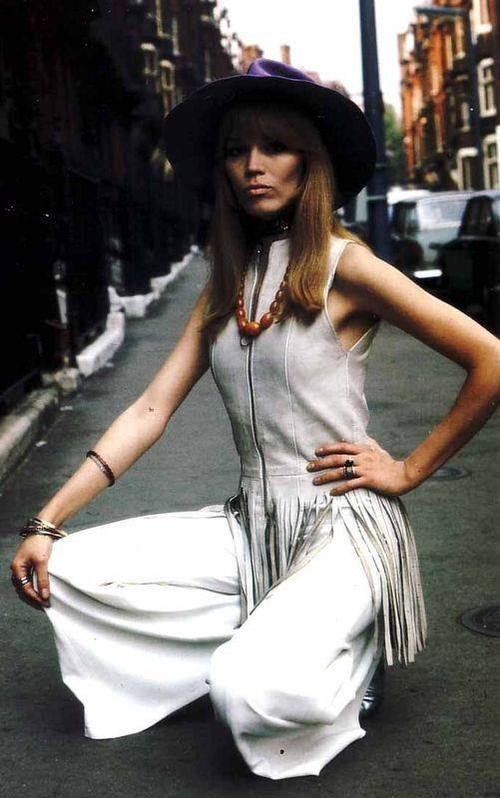 After just 3 visits to the hotel “Mёris” Salvador Dali suggested Amanda … to marry. Spiritually. The artist was confident that they would be together forever. He was almost right … 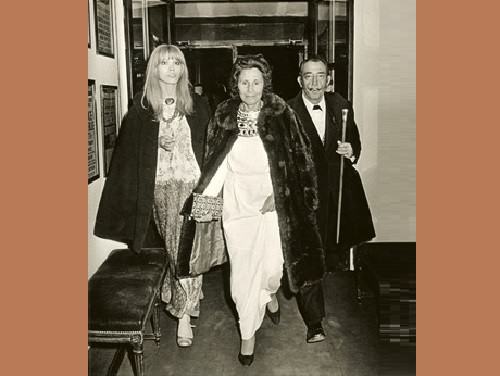 Dali and Gala Amanda – love and hate for three

The new mistress caused intense anger of legal wife of Dali, incomprehensible and capricious Gala: Dali, with characteristic directness of every madman, introduced his “angel” wife. They often walked, dined and attended receptions or in the company of three – next to Gala was his young favorite Amanda Lear. 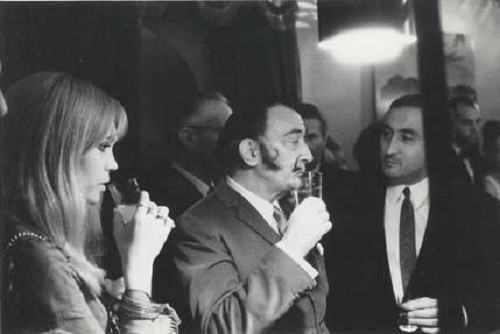 Not inclined to loyalty Gala, however, was not prepared to tolerate the presence in Salvador’s life another woman. At first she cut Amanda’s face out of joint photos and harshly criticized her. Soothing Amanda Salvador assured that anger of Gala – just a test of her character and even … a sign of sympathy. 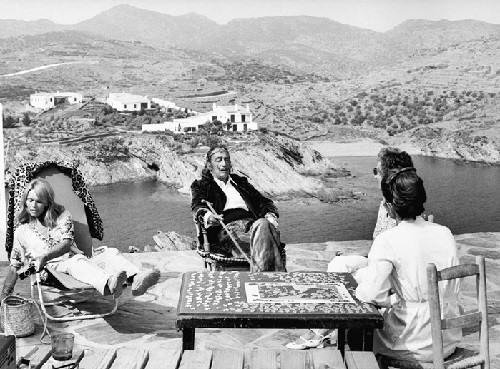 Dali and Gala Amanda – love and hate for three

Every summer, Amanda spent in the community of Salvador in his house Port Lligat on the coast of Catalonia. Dali built there a swimming pool in the shape of a phallus and loved to watch naked Amanda swim there, finding in her a source of inspiration. Lear posed for many of his works of the late period. 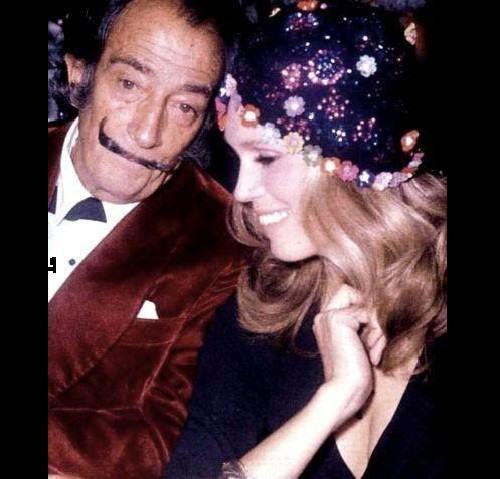 Strong and willful Gala was the muse, guardian, older, more experienced and vicious than her husband and young and full of dreams Amanda herself aroused the desire to take care of her, providing the aging artist the chance to realize how strong and confident the man is. 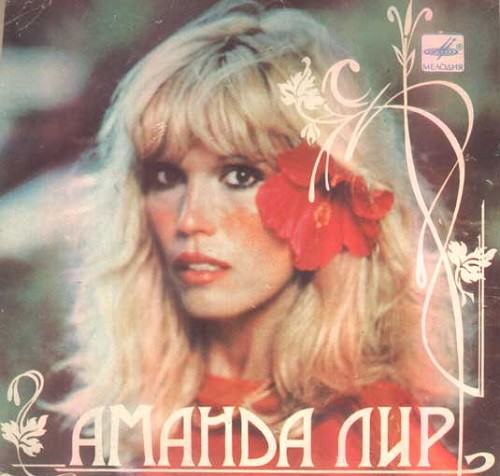 Gala soon realized how good El Salvador feels in the society of Amanda (and this seems to be a real genius of this woman) and replaced anger with mercy. She helped Amanda financially and asked her to take care of Dali. Gala took the promise from Amanda to marry Salvador after her death. In July 1982 Gala died, but Amanda did not fulfill the promise. She had already been in marriage with Alain Philippe Malagnac, adopted son of Roger Peyrefitte (French writer homosexual). In 1978 Malagnac met Amanda Lear in Paris, and in April 1979, they married in Las Vegas. Their marriage lasted until his death (16, 2000, Malagnac was killed by smoke in a fire at his farmhouse in Saint-Etienne-du-Gres). 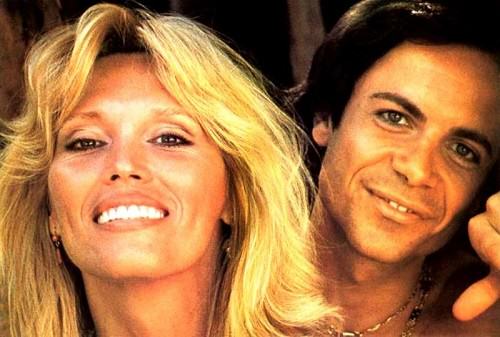 Amanda Lear has never concealed from Dali that she is independent and self-sufficient woman, but not without scandals. Low tone of voice was the reason for the rumors about trans-sexuality of singer. Dali said in an interview that his girlfriend – a former boy Alain Tap. Another shocking “trick” of the clown … But it helped draw attention to Amanda. In response to her indignation Dali retorted: “You should be glad, my darling. After you call a general curiosity, and you will have a bunch of new fans. Besides, it’s true! You are not a girl. You – an angelic creature and I see the purity of your soul.” Shortly after the publication Amanda Lear met with David Bowie and began her singing star period. 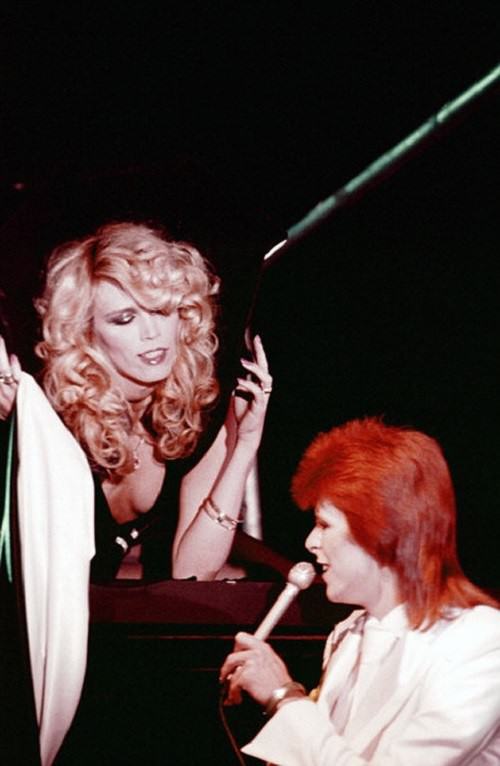 David Bowie and Amanda Lear in The Marquee Club. London, 1973

Focusing on her own work and personal life, she met Dali less and less. During their last meeting, held shortly before the artist’s death, Dali gave Amanda, perhaps, the most valuable thing he had – an amulet of Gala, which she always carried with her: a small piece of wood, which she believed to bring good luck. Exactly the same amulet has always had Dali. The artist received his guest Amanda in the dark, asking not to turn on the lights: the great surrealist felt that he was losing power, and did not want the beauty to remember him as an old man. 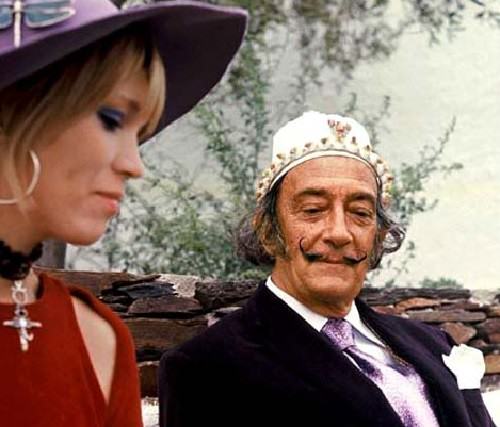