Dali by other artists 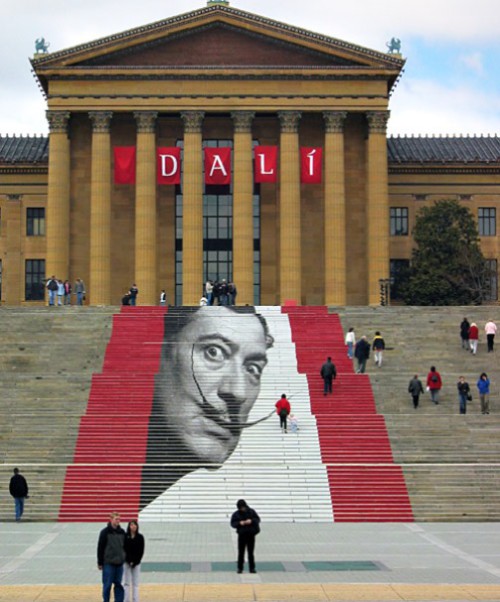 The Philadelphia Museum of Art used a surreal entrance display including its steps, for the 2005 Salvador Dalí exhibition. Dali by other artists

Dali by other artists
The Philadelphia Museum of Art used a surreal entrance display including its steps, for the 2005 Salvador Dali exhibition. Prominent Spanish surrealist painter Salvador Dali has become the inspiration for other artists, and still his work influences generations of artists, sculptors, illustrators, photographers. So it was, is and will be. 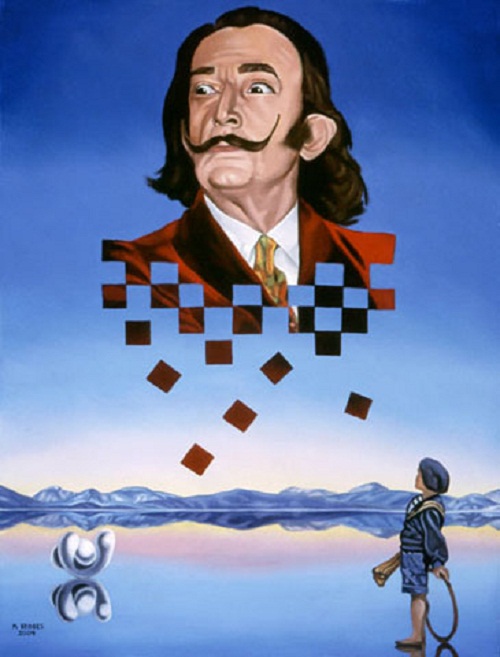 Born in Columbus Ohio, Michael Bridges is American self-taught artist. Once he reached senior high, Michael discovered Salvador Dali, and realized he had found the niche where his heart laid — in surrealism. 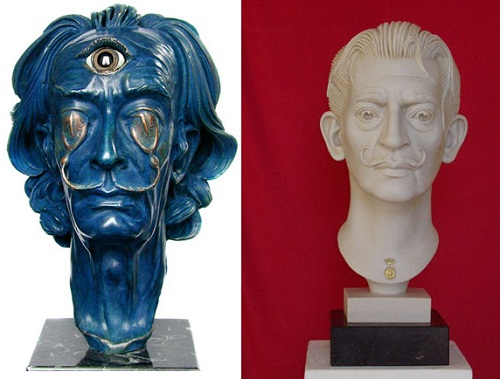 Salvador Dali bust by Karolin Donst (right) featuring the surrealistic painter at the age of about 42. Karolin L. Donst was born in 1964 in Jena, Germany. “This was an important time for me”, said Donst. “I learned a great deal of craftsmanship and got to know how to handle stone and make a sculpture from a rock”. On the left picture – the sculpture of Salvador Dali by a German artist Arno Breker (July 19, 1900 – February 13, 1991). He was born in Elberfeld, Germany, died in Dusseldorf. 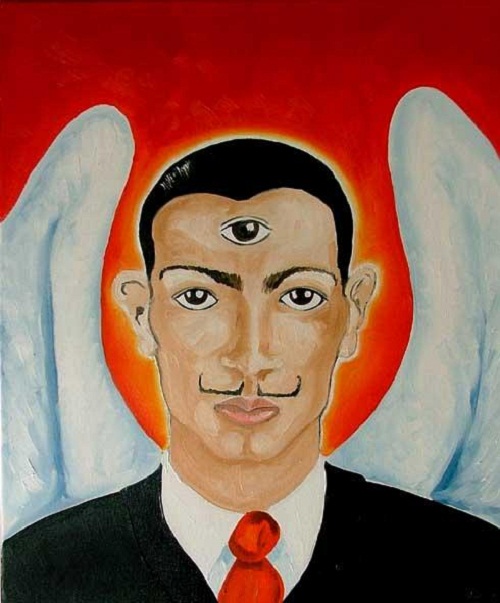 Dali by English artist Allison Carmichael who now lives in France. She is a colorist, using rich, bold and vibrant colors to capture her subjects and bring her paintings to life. Her portraits include the Hall of Fame, where you can find paintings of Britney Spears, Annabelle Apsion and Salvador Dali. 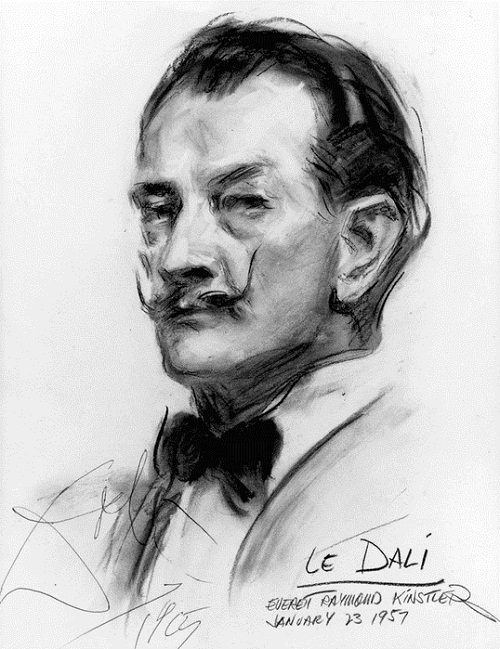 American portrait artist Everett Raymond Kinstler was born in 1926 in New York. He has painted over 1200 portraits of leading figures in business, entertainment and government, including official portraits of Presidents Gerald Ford and Ronald Reagan. 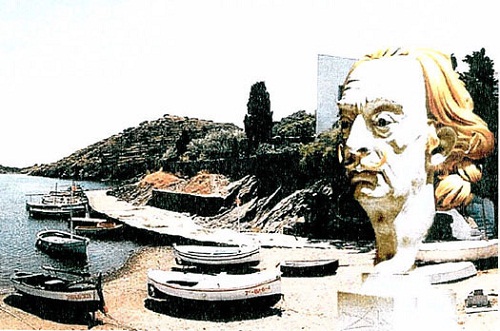 “Dali-Vision in Port Lligat” with the portrait of Salvador Dali in front of his residence at Port Lligat in Spain was the “Photo of the Year 2002”. In 1975 it was Dali’s wish that a monumental bust of him by his friend Arno Breker would one day be placed on the shore of Spain, in front of the Eiffel Tower in Paris and on the top of a skyscraper in New York. 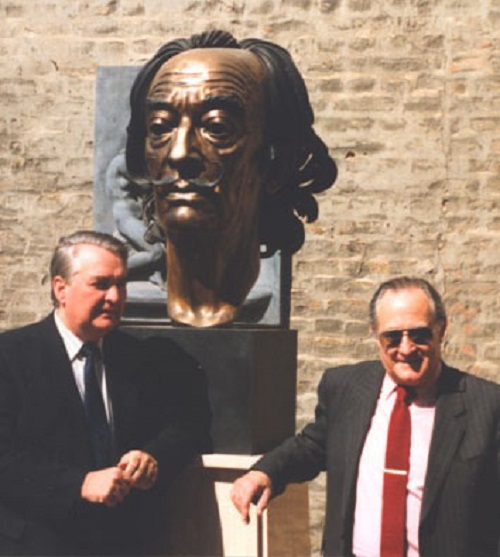 B.John Zavrel. The bronze bust of Salvador Dali is an attraction in the Museum Europaische Kunst at the Norvenich Castle in Germany. It was unveiled in 1991 by the heir to the Spanish throne Felipe, the Prince of Asturias. The photo shows the bronze bust with two admirers of the surrealist: the curator Joe F. Bodenstein and the author, publisher and photographer Robert Descharnes (Paris).

Dali by other artists 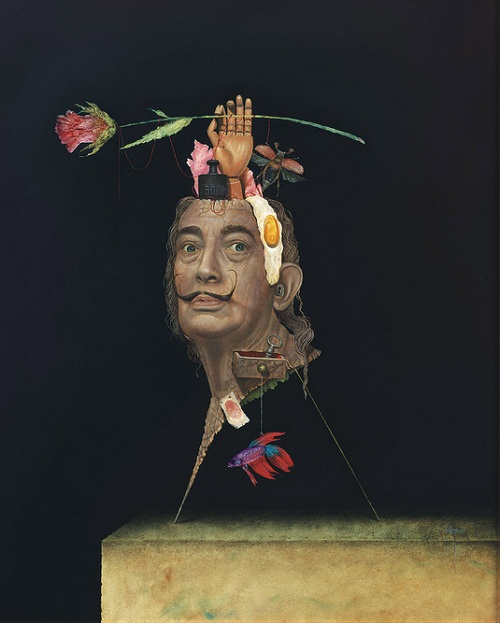 Dali by German painter Frank Kortan (born in Prague, Czech Republic in 1964), who works in style of surrealism, fantastical realism and trompe-l’oeil 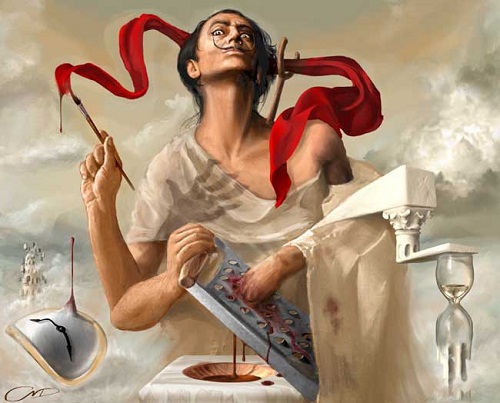 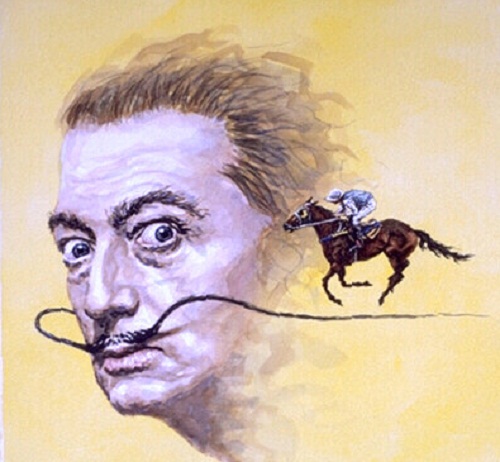 German artist Roland H. Heyder has been influenced by Salvador Dali and the Fantastic Realists for their grandiose, theatrical scenery. 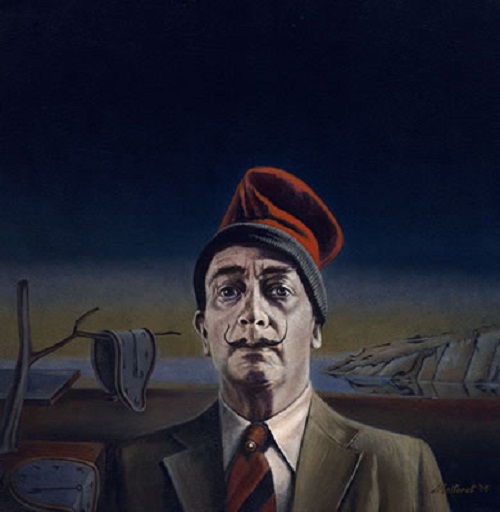 Professional artist Jacques Moitoret has 40 years of experience in painting. Born in 1947 and raised in Seattle, Washington. 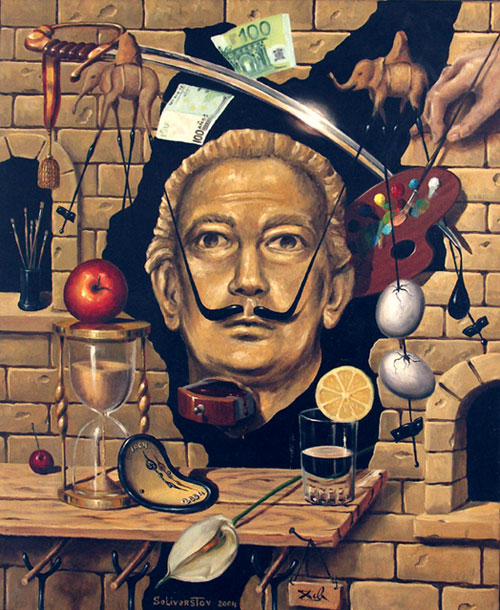 Dali by Russian artist Alexander Seliverstov, who was born in Saratov, in 1966. Currently the artist is living in Spain. 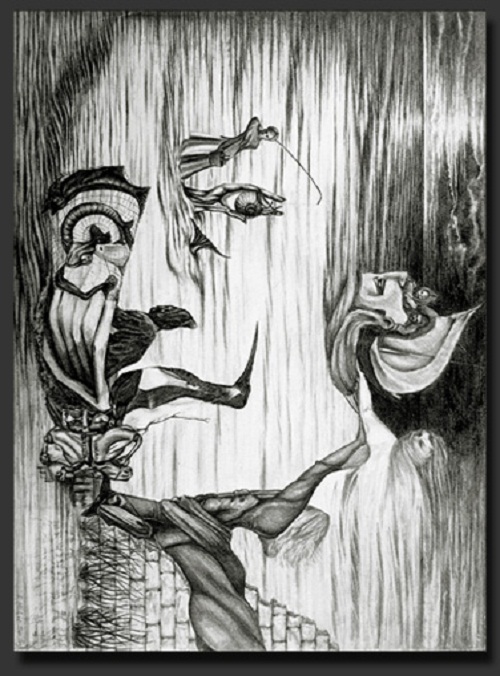 Doubly reversible portrait of Salvador Dali was created by Ric Meric. He was born in Marseilles, France, in March 1948. 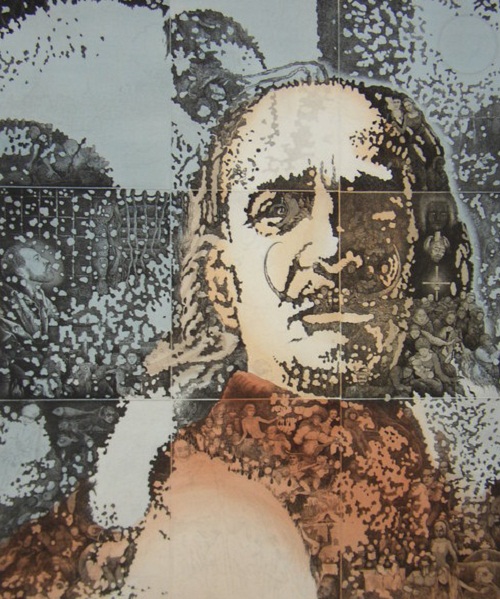