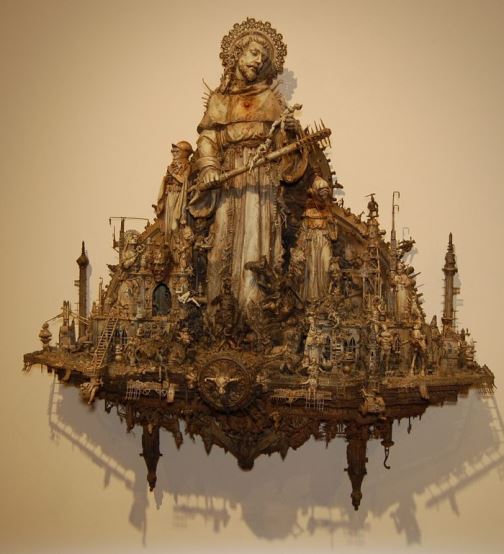 Apocalyptic philosophy in Kris Kuksi sculpture
Talented American artist and sculptor Kris Kuksi was born on March 2, 1973, in Springfield, Missouri. Kris Kuksi garners recognition and acclaim for the intricate sculptures that result from his unique and meticulous technique. Each sculpture embodies the trademarks of his philosophy and practice. From timeless iconic references of Gods and Goddess, to challenging ideas of organized religion and morality. His works are filled with aesthetic essence of the Baroque fused with the modern day industrial world. In personal reflection, Kris feels that in the world today much of mankind is oftentimes frivolous and fragile, being driven primarily by greed and materialism. His work has received several awards and prizes and has been featured in over 100 exhibitions in galleries and museums worldwide. Kris’ art is featured in both public and private collections in the United States, Europe, and Australia.

A post-industrial Rococo master, Kris Kuksi obsessively arranges characters and architecture in asymmetric compositions with an exquisite sense of drama.

Kuksi cuts and reshapes old objects, small toys, mechanical components and other parts and refashions them into works of art that bear little resemblance to the original appearance. A wide range of materials are utilized, including model parts, wood and metal. 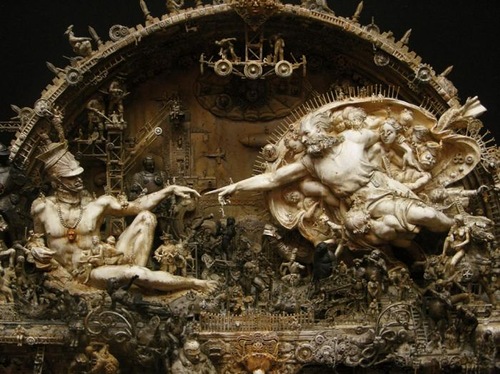 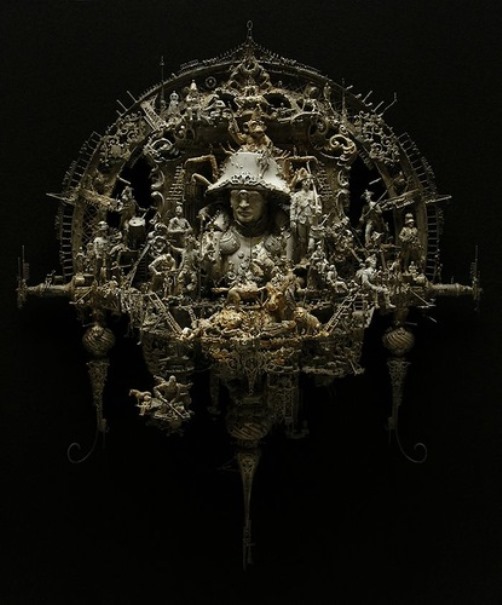 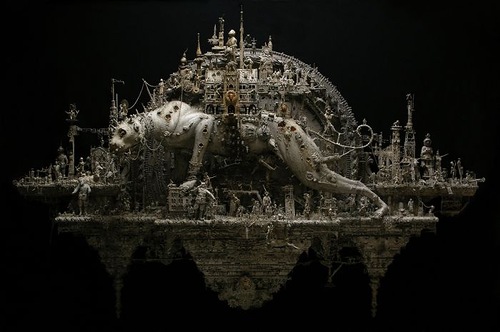 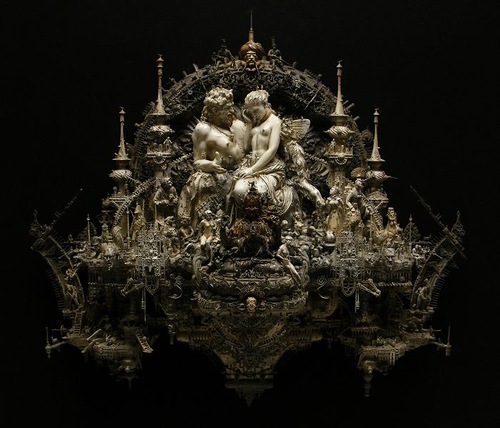 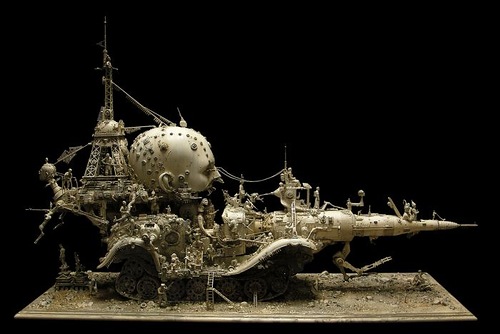 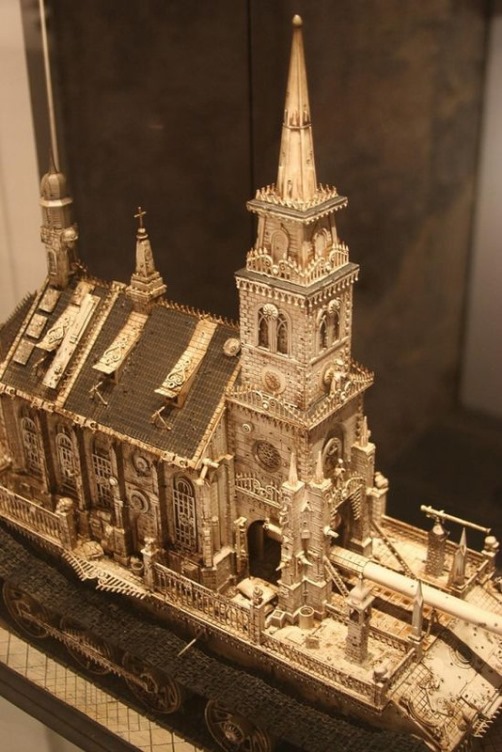 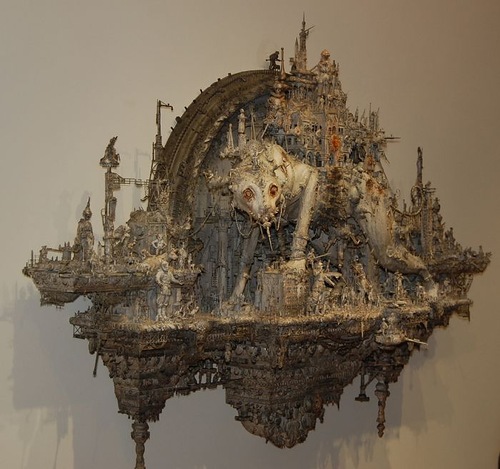 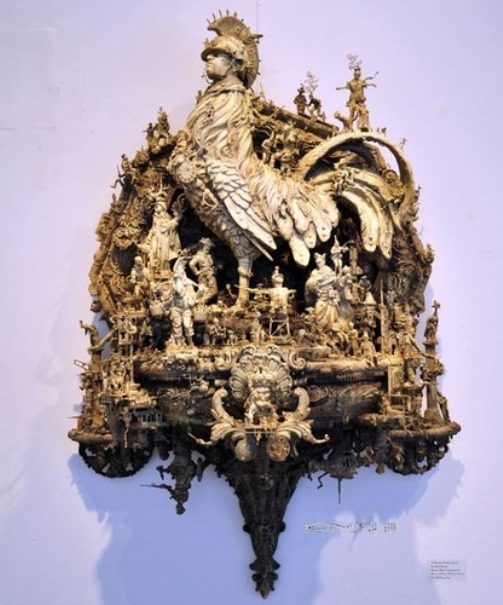 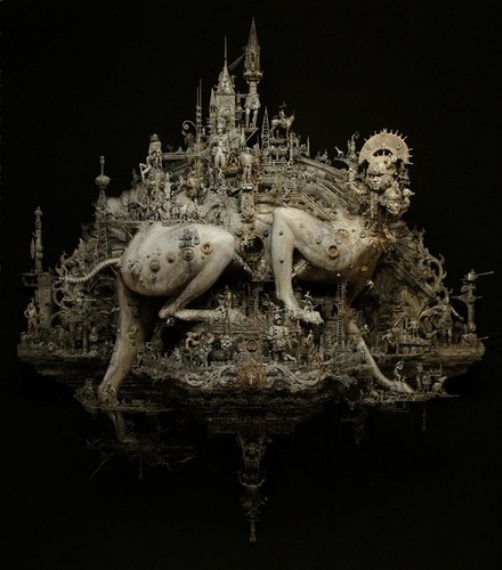 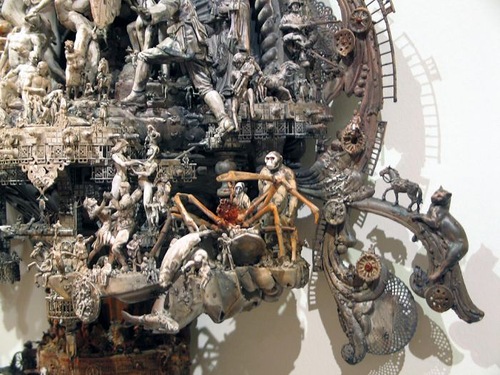 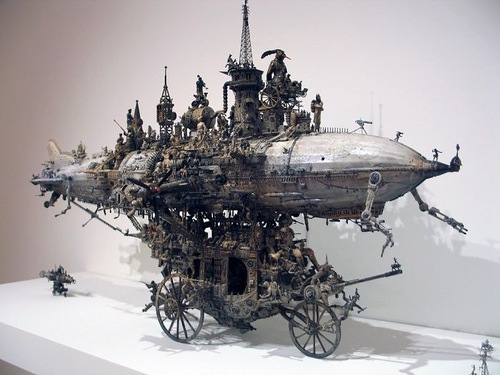 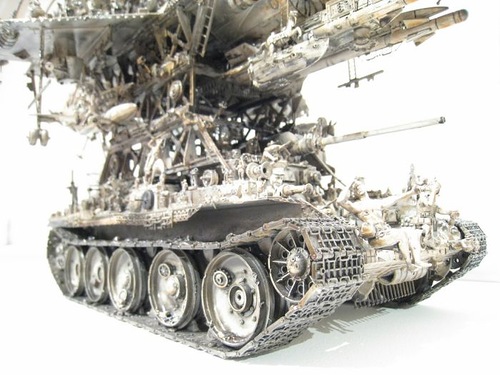 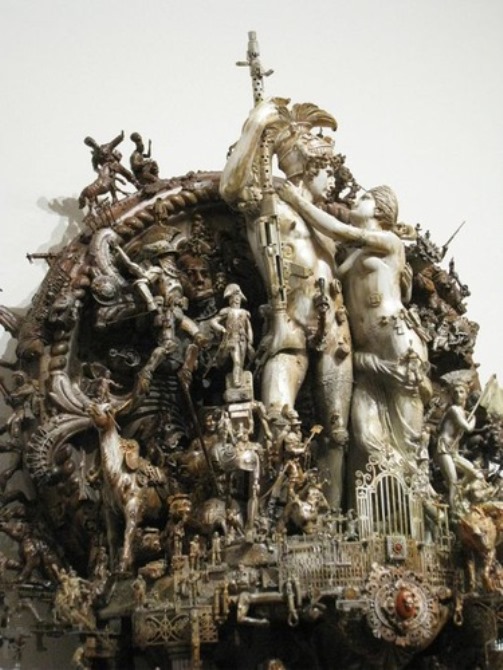 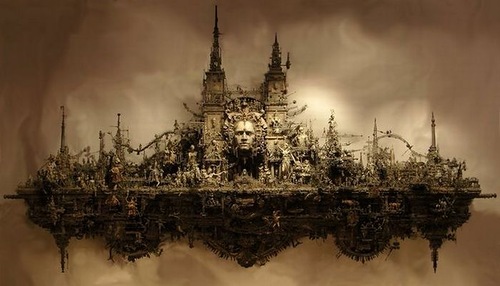 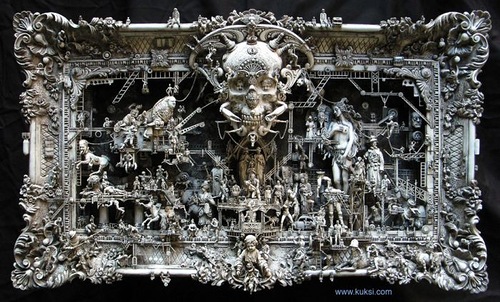 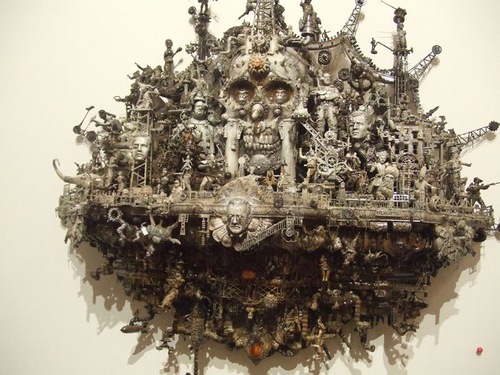 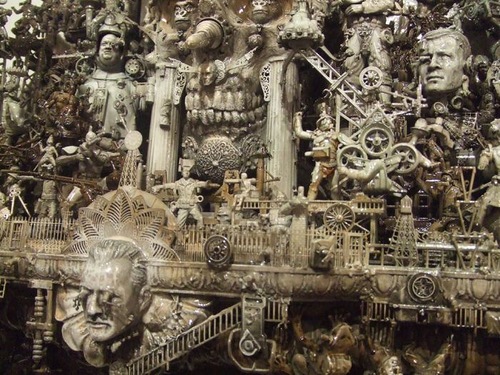 Detail of sculpture Race of Cain 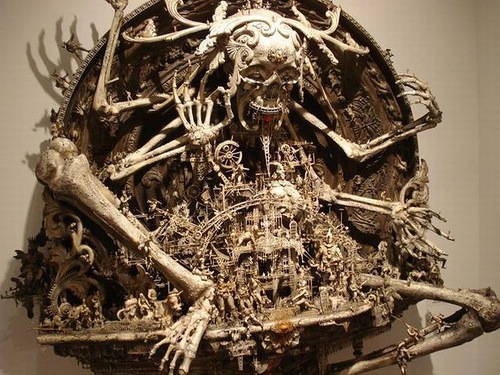 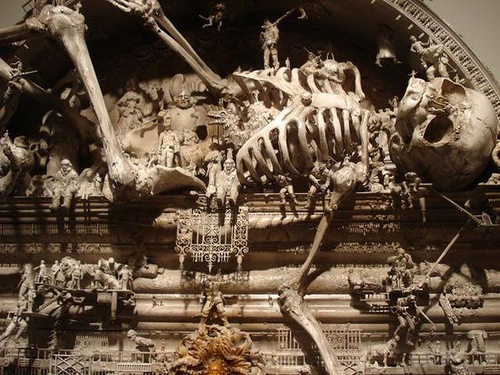