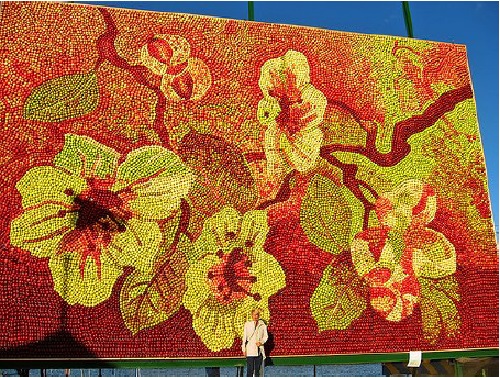 Held since 1988 and involves a massive picture made entirely of apples. (The total weight is around 4 tons (4000 kilos) Apple Festival in Sweden

Apple Festival in Sweden
Helge Lundstrom is said to be the best apple artist in the world. This man makes a different apple mosaic every year for the Apple Market Festival in Kivik, Sweden and each one is more beautiful than the other. For each picture went 4 tons of apples, and that about 75,000 pieces. Short, but as beautiful. Kivik is a harbor town in the Skane area of Sweden with an important apple market. And every September since 1988 they’ve held a festival which involves a massive picture or sculpture made entirely of apples. 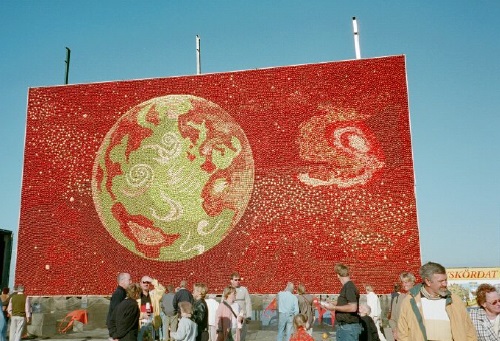 Emma Karp (printmaker) has been the artist in charge since 2001, carrying on the tradition set up by her father, Helge Lundstrom (sculptor). Estimates about the number of apples used vary between 20,000 and 75,000; the number of varieties used depends on complexity and ranges between six and fifteen; but the total weight is consistent at around four tons (8,000 lbs or 4,000 kilos). 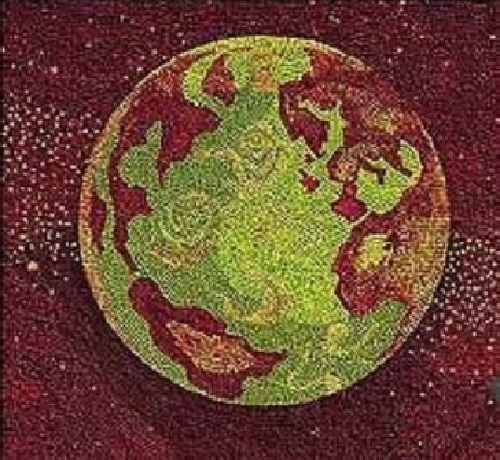 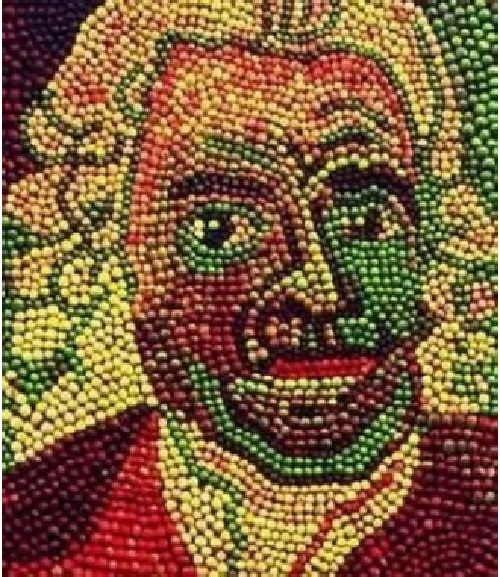 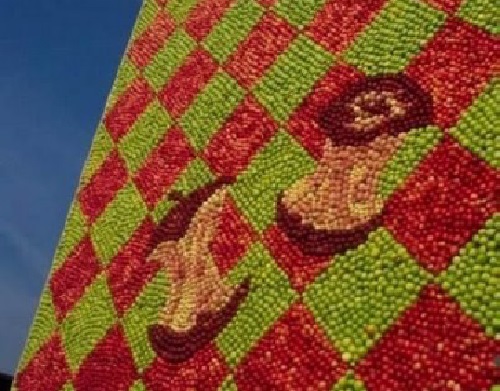 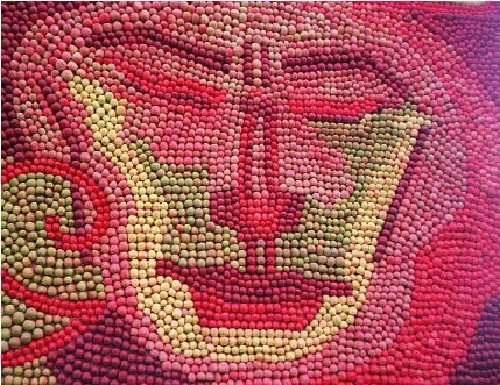 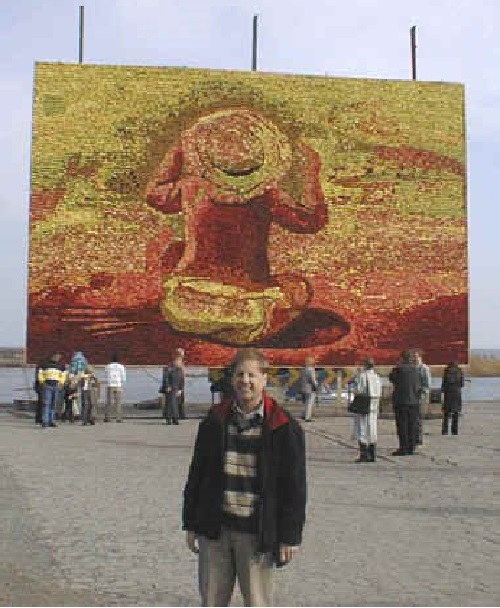 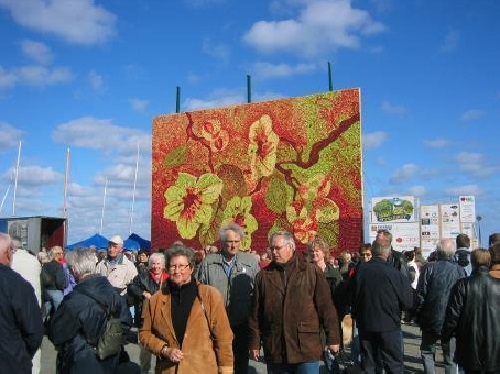 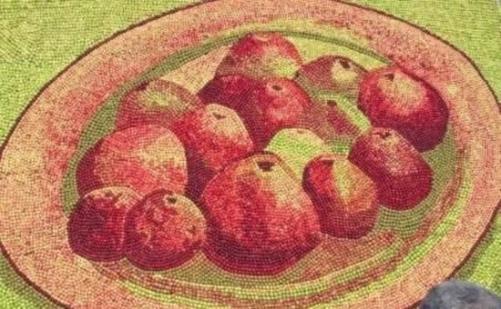 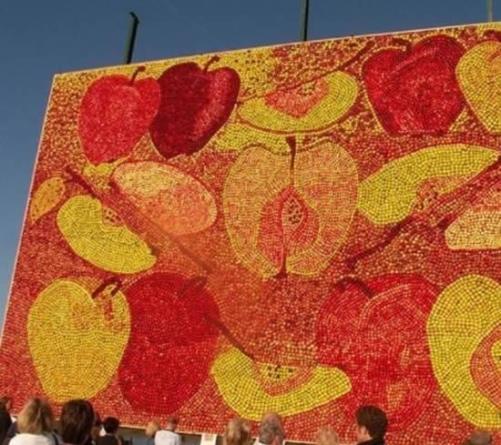 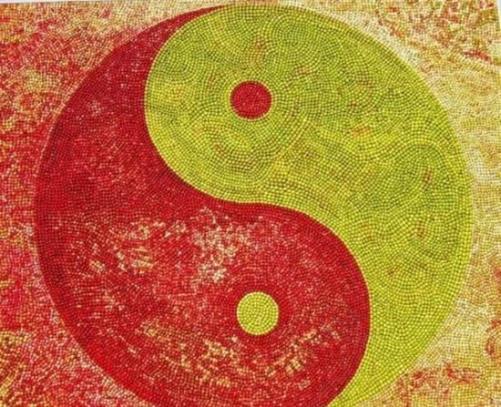 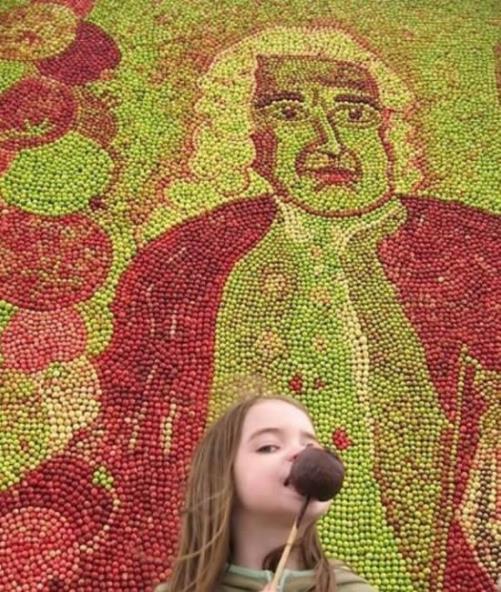 Great people of the past, apple mosaics 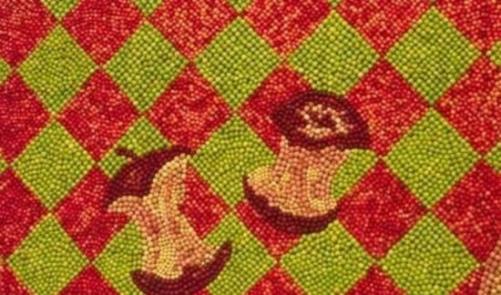 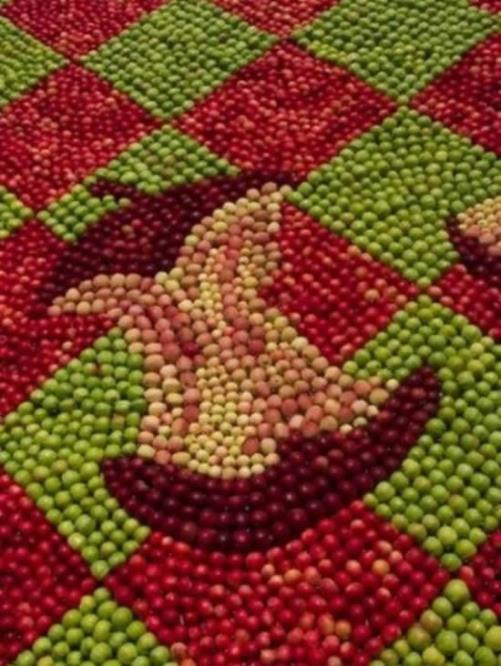