Automatons the first computers in the world 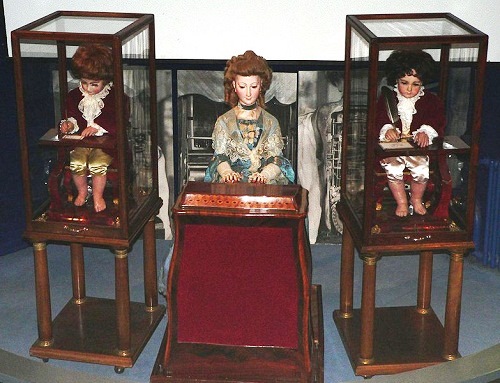 Beautiful collection of the Museum of History and Art in Neuchatel (Switzerland). Automatons the first computers in the world

Automatons the first computers in the world
Also known as Machine Dolls, created by Jaquet-Droz family between 1768 and 1774, they aimed advertising in order to help the firm sell watches and mechanical birds. Noteworthy, still working they are considered to be the first computers in the world. Shown and exhibited in different places, they have always produced a sensation. Besides, their astonishing mechanisms fascinated the world’s most important people. In particular, the kings and emperors of Europe, Russia, China, India and Japan. Meanwhile, today the most fabulous collection of automatons is at the Museum of History and Art in Neuchatel (Switzerland). 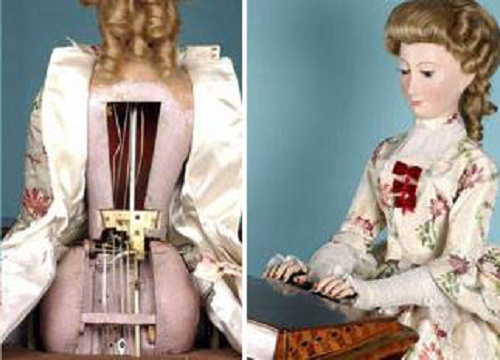 A lady playing the organ. The musician consists of 2500 parts

The musician. In fact, recorded and played in music box music is not fake. Thus, a doll is really a key tool for the fingers. Besides, the doll even “breathes” (you can see the chest moving), and her eyes are where its fingers are moving. In addition, the doll moves, like a real musician. Meanwhile, the girl can play five songs written by Pierre Jacquet, son of Henry-Louis Droz. 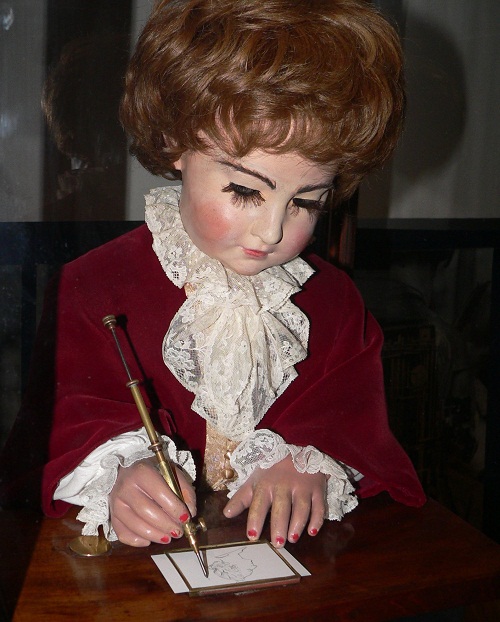 The artist – an automaton, created in 1773 and consisting of 2000 parts. In fact, it can draw three pictures. Particularly, the portrait of Louis XV and his dog with the inscription «Mon toutou» (my dog), the royal couple Marie Antoinette and Louis XVI, and the scene with Cupid, managing chariot pulled by butterflies. The mechanism consists of a system of cams that control the hand movement in two dimensions, and are also responsible for lifting the pencil. In addition, automaton fidgets in its chair and occasionally blows the dust from the pencil.

Automatons the first computers in the world 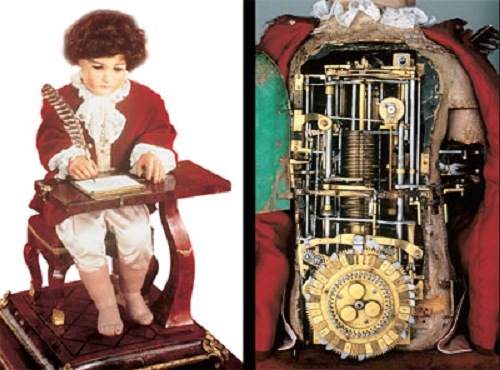 The Calligrapher (The Writer)

The Calligrapher (The Writer) – is the most complex automaton, completed in 1772 and consisting of 6000 parts. Using a mechanism similar to that drawing boy, it can write a text consisting of 40 letters. The text is encoded on the wheel and the letters are selected one after the other.

The boy uses a quill pen, which he occasionally dippes into the ink, while shaking the pen to prevent splashes. Atomaton’s eyes move following the text, and the head turns to the ink, when he dunks it in the pen.

Today the company Montres Jaquet Droz automatons offers a calligrapher. Meanwhile, the manufacturing toys require a bit less than a year, depending on what kind of person, body and dress. And what makeup, hair and posture a client wish to see. 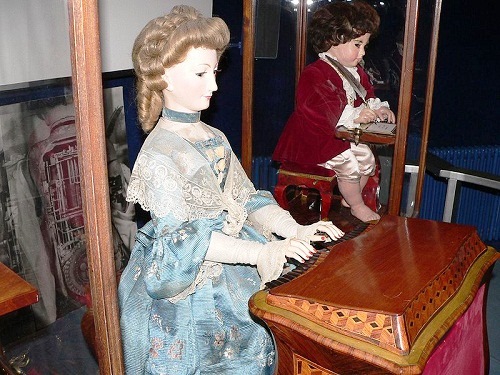 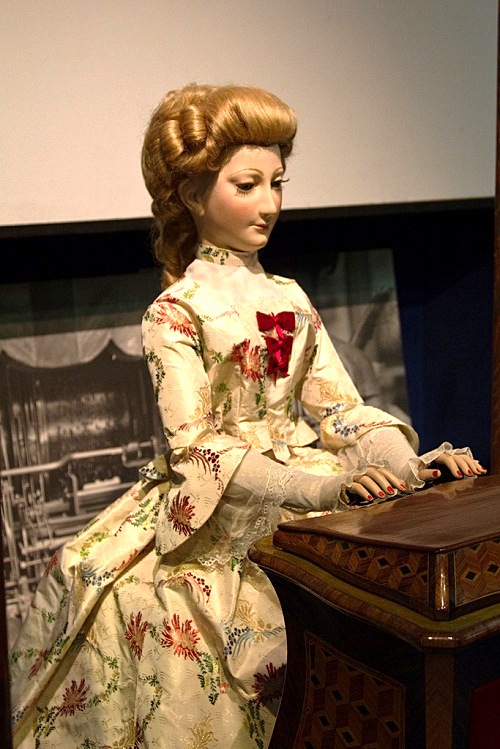 The Lady musician playing the organ 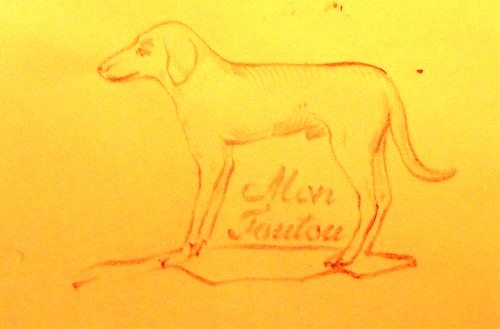 Drawing by the mechanical artist – «Mon toutou» (my dog) 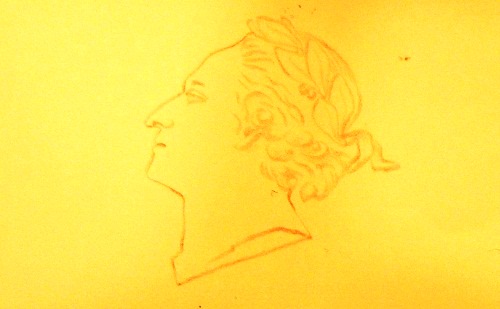 the portrait of Louis XV 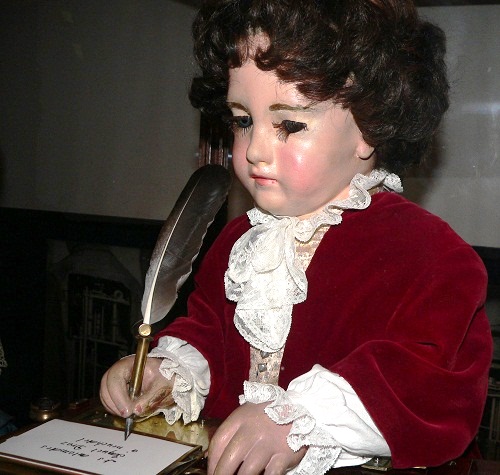 Closeup The Calligrapher (The Writer) 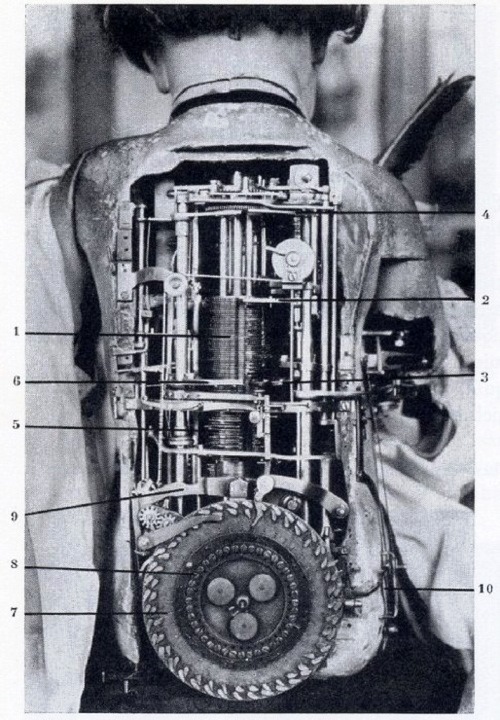 According to the Montres Jaquet Droz automatons company, manufacturing toys require a bit less than a year 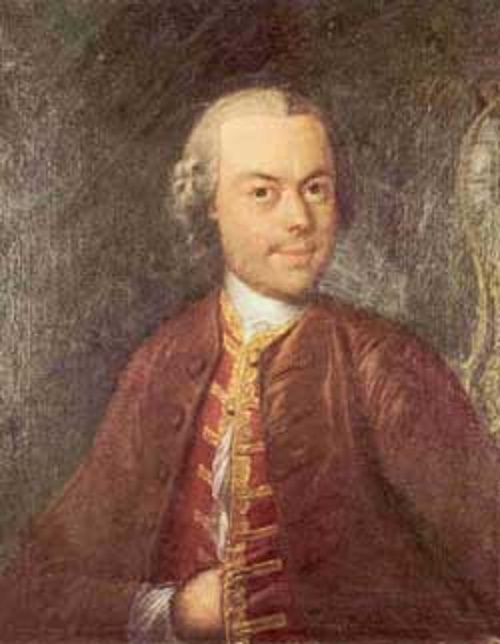 Pierre Jaquet Droz (1721-1790) was a Swiss-born watchmaker of the late Eighteenth century. He Lived in Paris, London, and Geneva, where he designed and built automats 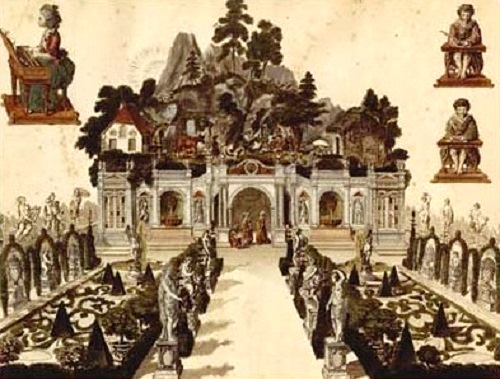 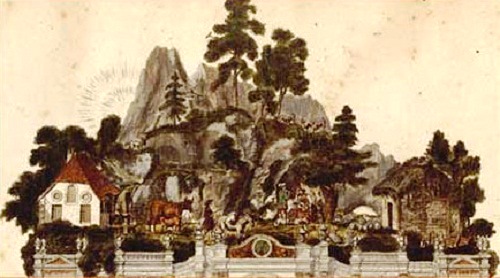 The musician – a girl playing the organ