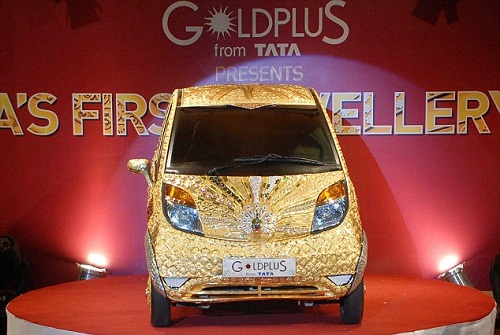 The Worlds first jewellery car of Gold
Claimed by Tata, the car became a sensation during an unveiling ceremony in Mumbai, India, on September 19, 2011. Noteworthy, it took about 80 kg of 22 karat gold, approximately 15 kg of silver and 10,000 gemstones to decorate the Tata Nano car. Previously the world’s cheapest car, it turned into one of the planet’s most expensive thanks to 3 million pounds spent on its decoration. Meanwhile, thirty artists worked on the decoration of the tiny car.
As noted above, they used 80kg of 22 carat gold, 15kg of silver and 10,000 semi precious stones and gems. Billionaire businessman Ratan Tata – who recently bought Jaguar Land Rover to add to his collection of car companies. He ordered the one-off design to celebrate the strength of his country’s growing wealth and mark its history. 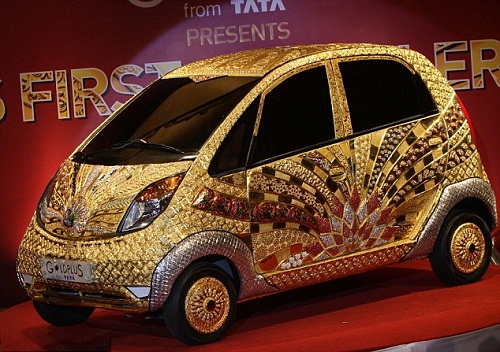 ‘Nano’ car crafted in gold, silver and gem stones in Mumbai, India. And below the amount of precious metals and stones used in the one-off design is shown clearly side on 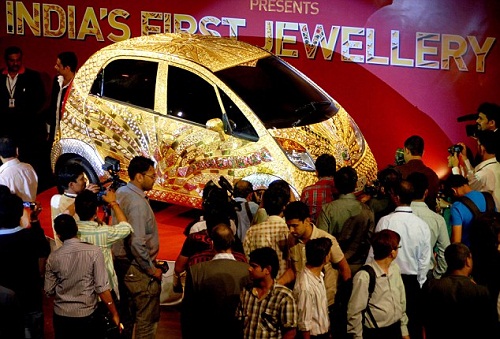 People stare at the Goldplus car covered in 80kg of 22 carat gold, 15kg of silver and 10,000 semi precious stones and gems 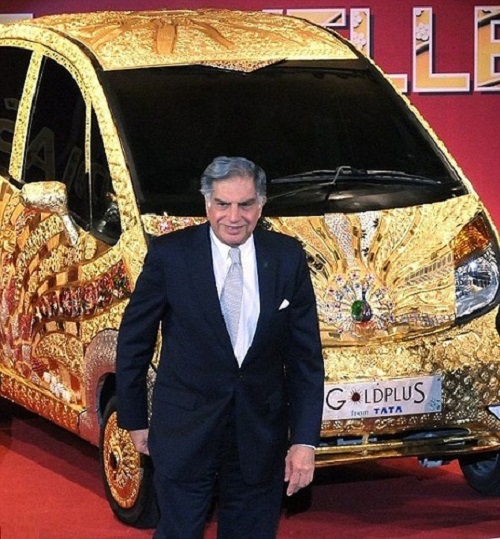 Ratan Tata, chairman of Tata Group, standing next to the car which, according to him, celebrates 5,000 years of jewellery making in India 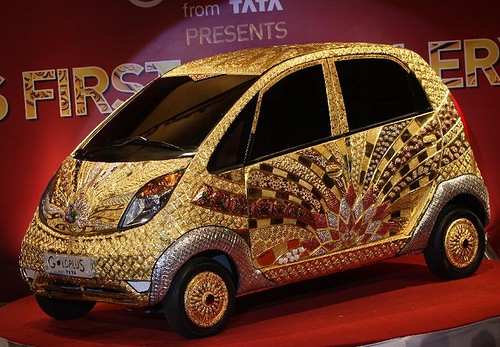