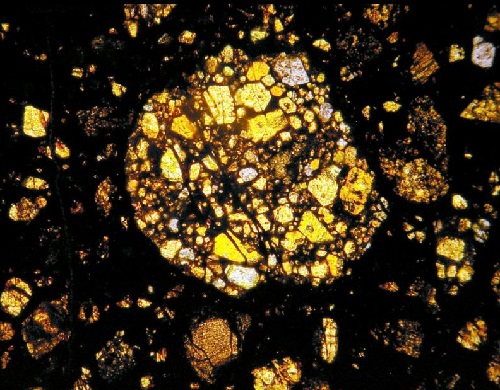 Beautiful meteorite photographs by Jeff Barton
These psychedelic images look like looking through trees at the sky. In fact they are photographs of the colorful interiors of meteorites. The space rocks are usually known for their dull exterior, but 66-year-old scientist from Texas Jeff Barton has shown the dazzling world beneath the grey surface. He has photographed hundreds of 4.5 billion-year-old meteorites by using a standard SLR camera and a powerful microscope to zoom in on fragments of the rocks.
According to Jeff Barton, he began studying thin sections of rocks and meteorites in 2004. He taught himself how to identify minerals in thin sections by measuring index of refraction with a microscope. Now he uses a spectrograph and computer software, and he started taking photographs of the colorful bits in the meteorites. ‘Variations in optical glass and in mounting lenses can alter the polarization of light passing through the lenses. “Making the photographs takes a matter of seconds to minutes, depending on how thoroughly you want to document the section and what you are trying to learn from it”, says Jeff Barton. 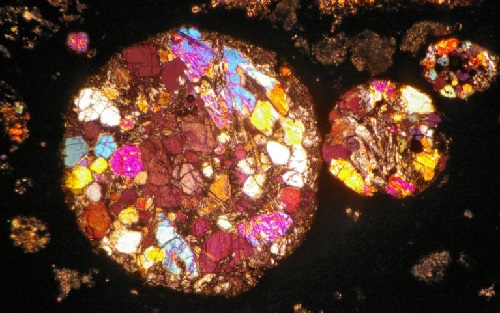 Barton has photographed hundreds of thin fragments of meteorites by using a standard digital SLR camera attached to a petrographic microscope. Two polarizing filters are required to create a clear image and enhance the colors from the light shining through the slice from underneath. Jeff Barton purchases the miniature pieces of meteorites from collectors, who painstakingly spend hours cutting, grinding, and polishing them until they are thin enough to use. 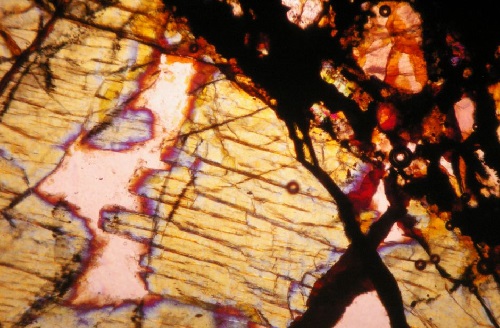 The left half of the slide, along a diagonal arc from upper left to lower right, is part of a large chondrule that has been melted. Chondrules are small, rounded particles embedded in most stony meteorites 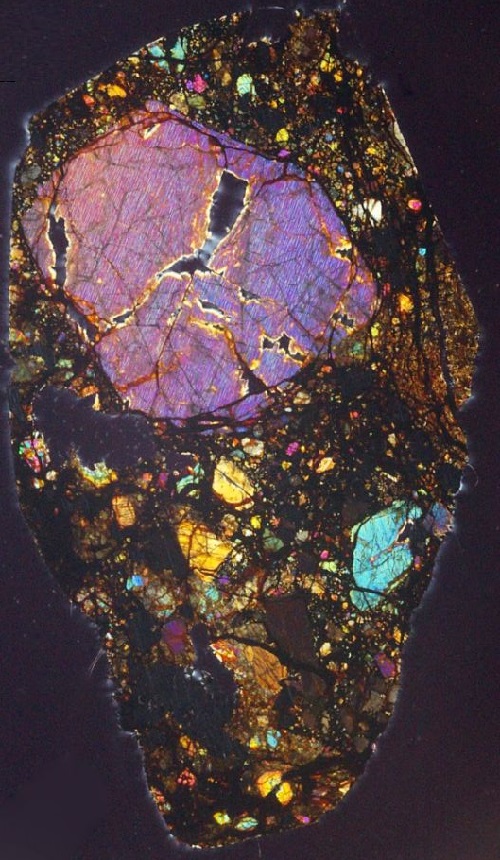 A piece of a Vaca Muerta meteorite

Cooled by about one-half degree per million years, Vaca Muerta meteorite. This means they must have been buried deep within a larger piece of rock. This would require an object (like an asteroid) to be between 400km and 800km in diameter. 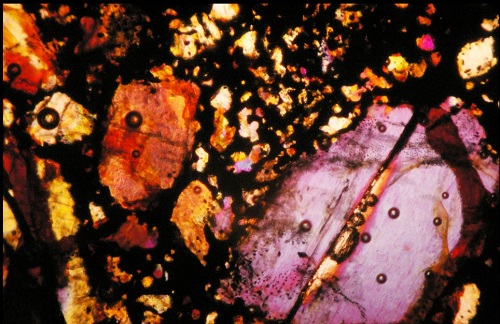 Loose crystal grains in dark matrix from a thin section of Vaca Muerta meteorite. The horizontal dimension of this field of view is about 0.085 inches, photograph by Jeff Barton 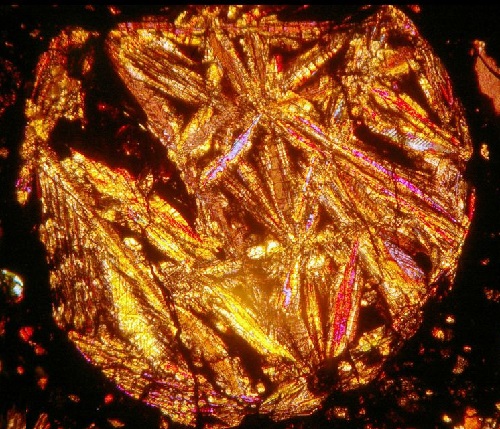 Colourful interiors of meteorites by Jeff Barton, photographer and scientist from Texas 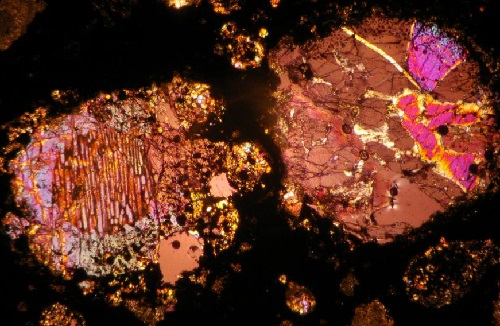 A pair of chondrules from the Allende Meteorite, which fell in 1969 at Pueblito de Allende, Mexico. 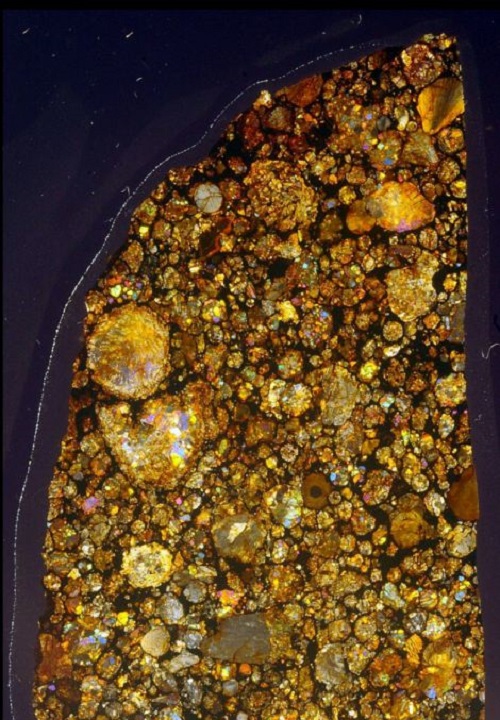 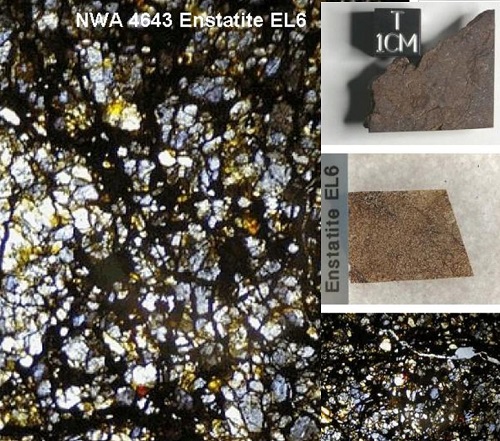 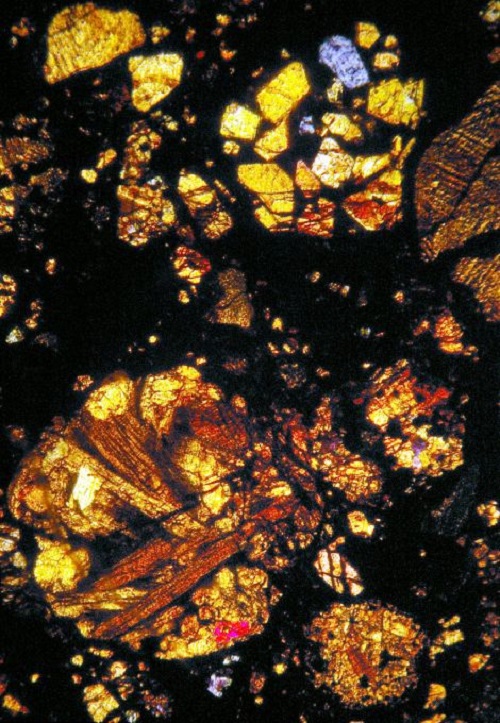