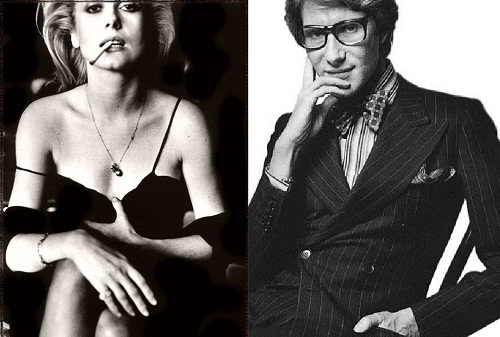 Catherine Deneuve Yves Saint-Laurents muse. They met when Catherine decided to buy a dress by Yves Saint-Laurent for her visit to the Queen of England. “When I was 22, I first came to Spontini street, where he then worked,” recalls the actress. «It was in 1965, I cut from ELLE magazine photo of dresses from the last season collection. All then were amused that this young and almost unknown girl is going to buy Haute Couture dress. At that moment we met. And I began to visit the House of Saint Laurent.

Catherine Deneuve, during a visit to Queen Elizabeth II, March 14, 1966

A year later the French Couturier created the whole collection of dresses to the movie “Belle de jour”, specifically for Deneuve. That time when mini skirts were in fashion, the designer was able to convince Deneuve trough filmmaker Luis Bunuel, not to wear too short skirts in the movie, because the movie doesn’t have to obey the fashion, it should be understandable to the viewer in any era. 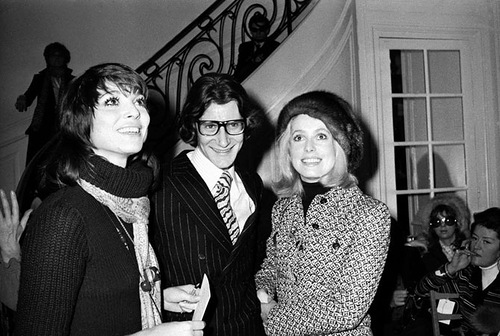 Indeed, Catherine Deneuve even today looks fashionable in this movie: thanks to classic style of clothing her character is admired for her eternal femininity. 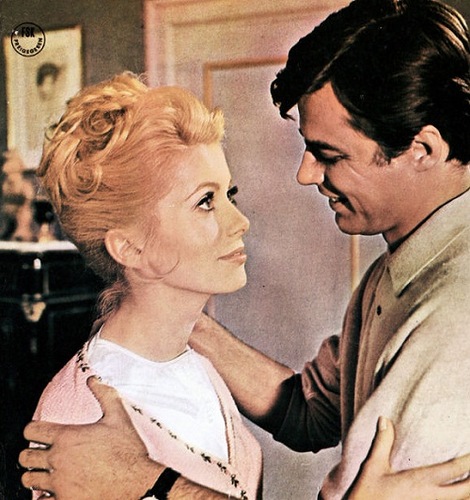 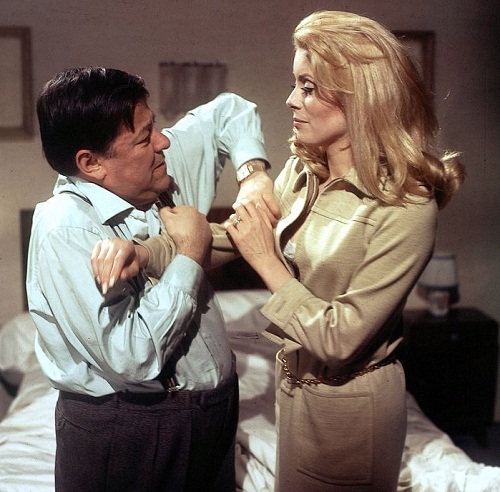 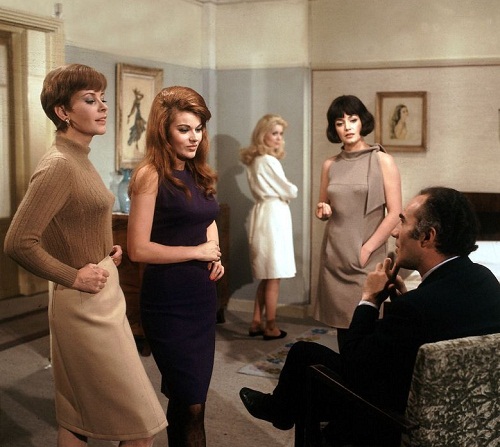 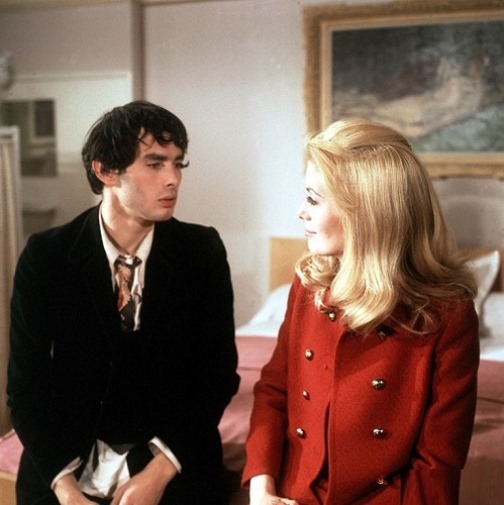 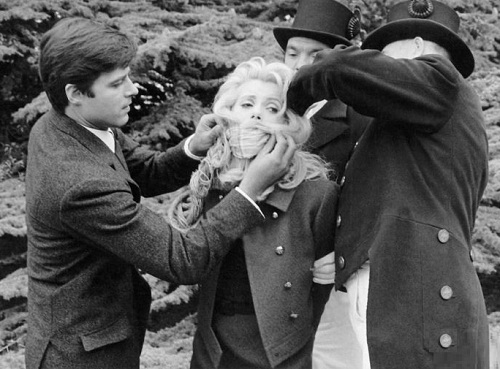 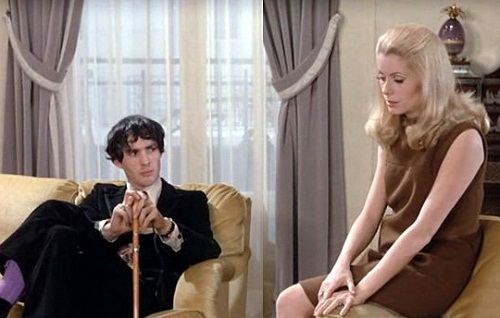 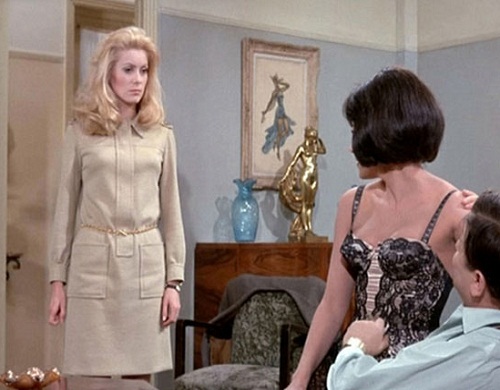 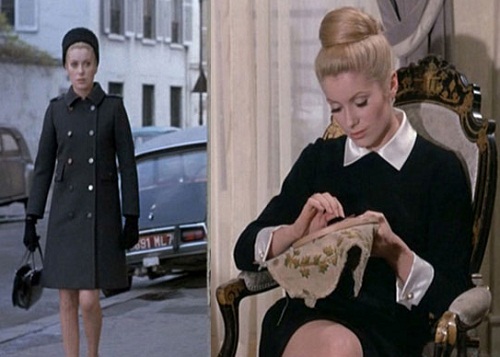 The film has become a symbol of a successful Union of designer and actress. “Belle de jour”, 1967 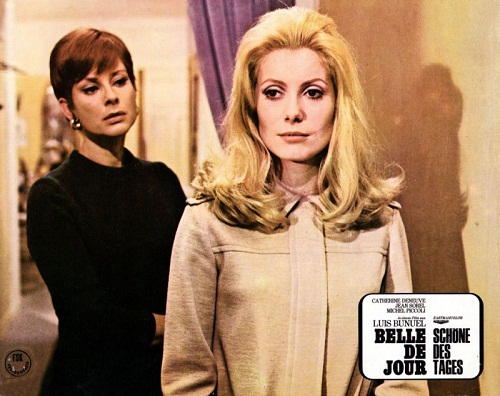 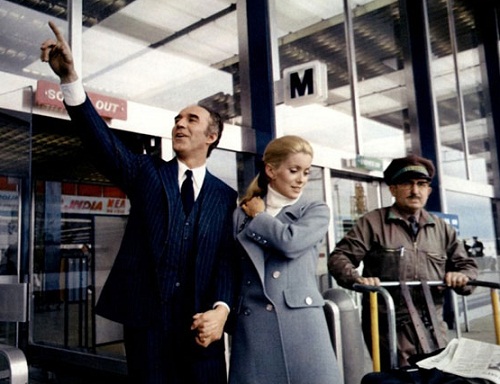 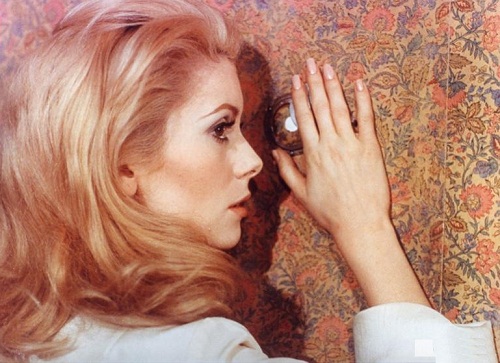 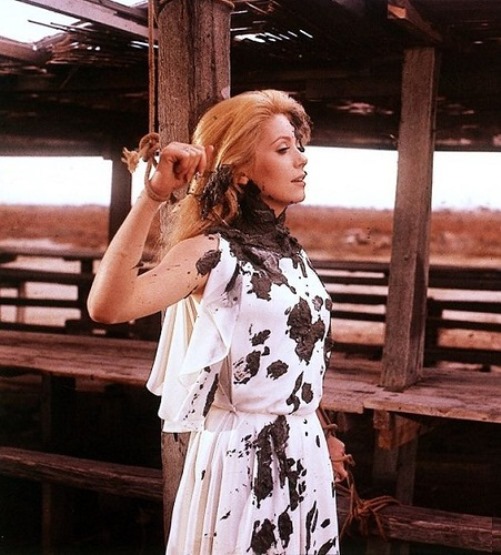 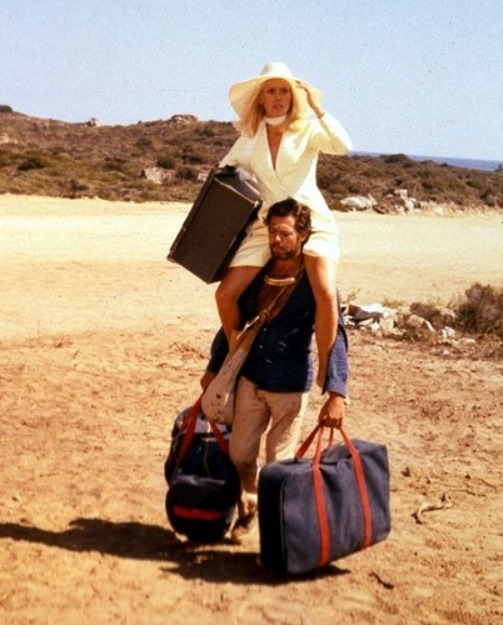 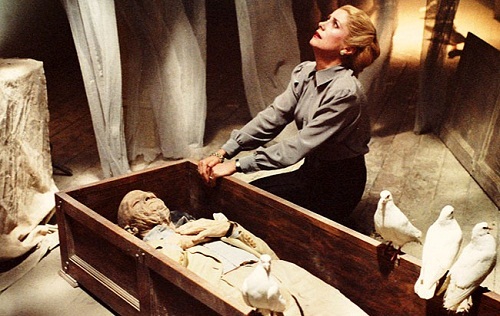 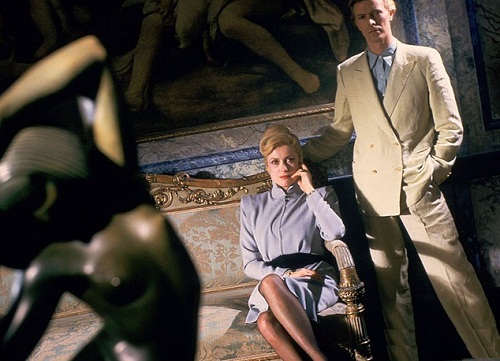 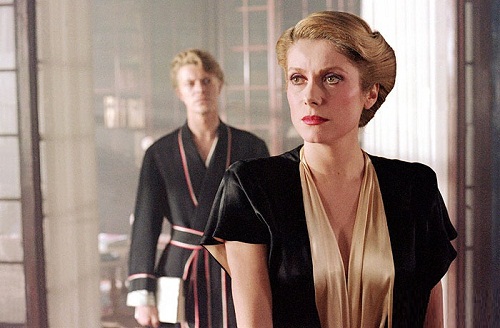 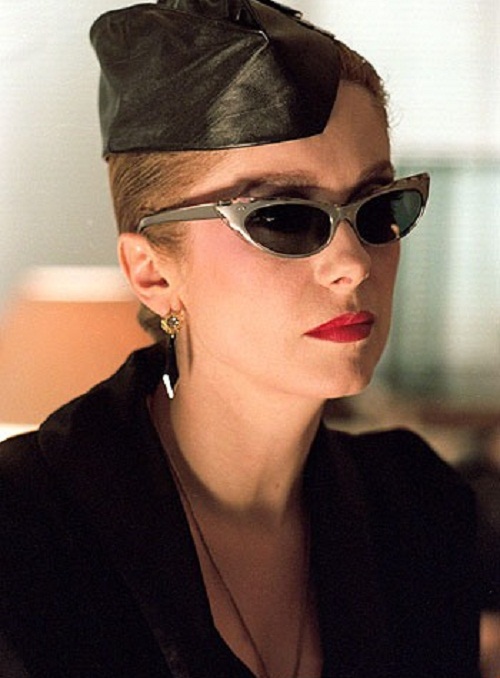 Stylish Catherine Deneuve in “The Hunger” (1983) 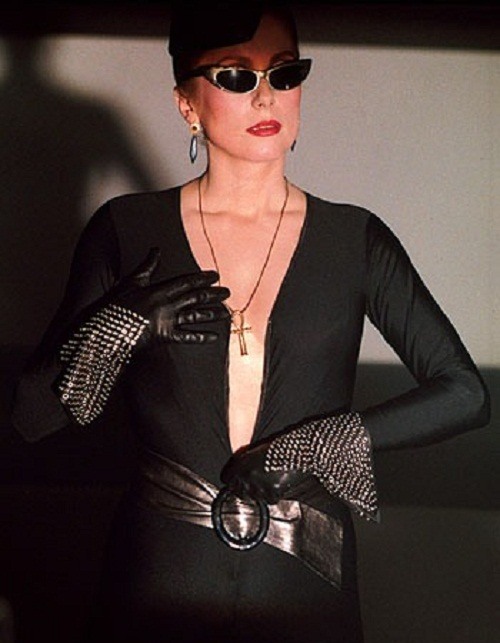 Gorgeous Catherine Deneuve in the 1983 movie The Hunger 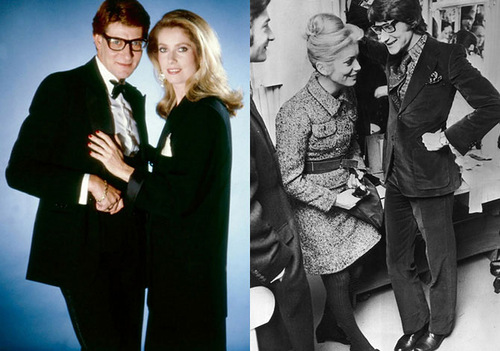 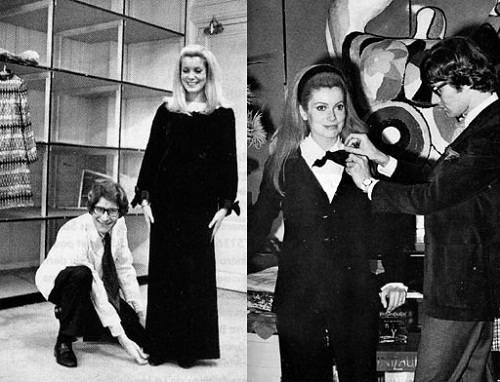 Yves Saint Laurent with his muse 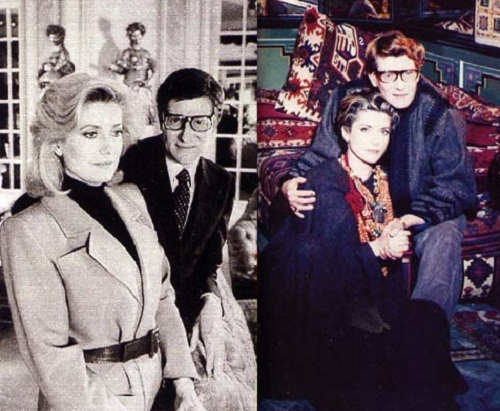 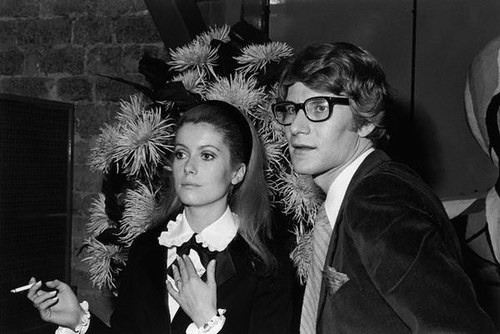 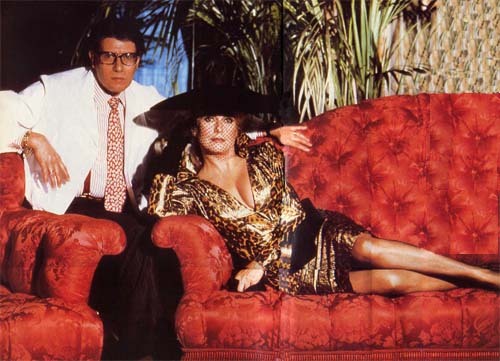 Fashion designer and his muse 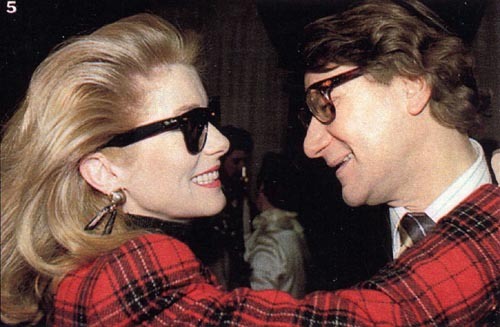 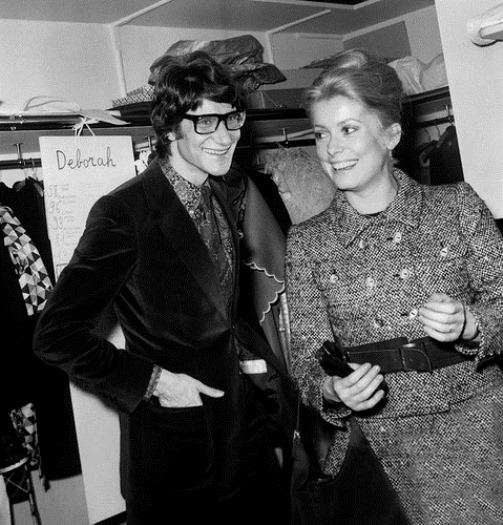 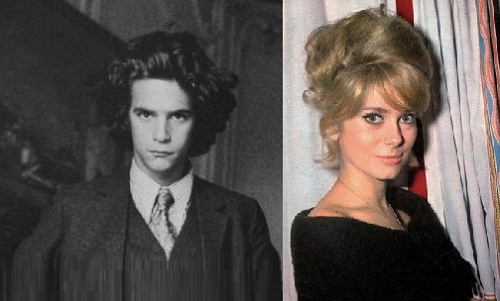 Both are young – Catherine Deneuve and Yves Saint-Laurent