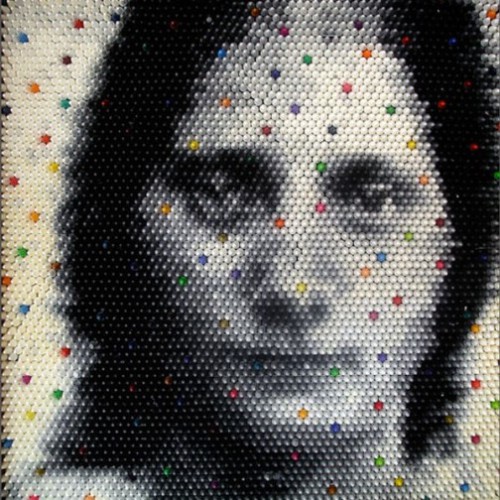 Christian Faur a new way of drawing
Many children start painting with wax stick, also known as crayons. Meanwhile, Christian Faur doesn’t do drawings just scratching out on paper. In particular, he arranges hundreds or thousands of pencils of different colors in a vertical position inside wooden frames. Then the extremities of the pencils become pixels composing images at a determined distance.

“The idea behind the unknown faces comes from my attempt to “fill” a lost childhood with fictional children. And I might have known them if I could only remember that time period of my life. The private color language used to spell out the several hundreds of names of these anonymous individuals. While further distances – the similarity of any real child from that of a pretend playmate. The names of these ghosts, like so much fiction, written in the lost language of crayons from a forgotten youth”, states Christian Faur. 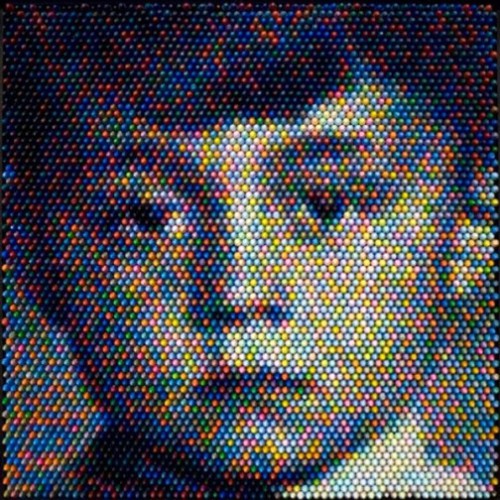 The figures represent portraits of people and children. The artist justifies it as an echo of his youth. The pencils’ three-dimensionality makes non-static images which start to modify their appearance as our look starts to move until disappear as we get too close. And then we perceived they are, in act, pencils. Drawing with pencils like that wins originality and, literally, depth.

Through the images, some pixels with lively colors, which evoke the ADN code, have hidden and decipherable messages. Particularly, written in a chromatic alphabetic code whose the author is Christian Faur.

This experimental series of blurred children portraits focuses on images of children as anonymous individuals. The final images littered with common names of children rendered in “crayonAlphabet” color. The anonymity of these individuals reflected in both the technique and the written text. Meanwhile, the text used in each individual frame as a face without a name is only a fiction of an individual. One of the faces used in the series is a self portrait of myself as a child. Also, rendered in the same style and with the same set of random common names. Thus, to appear similar in every to the other portraits, one portrait among the many. 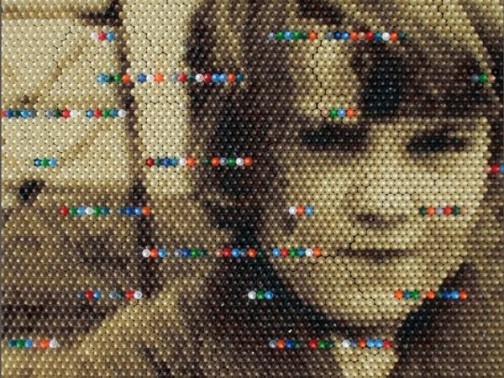 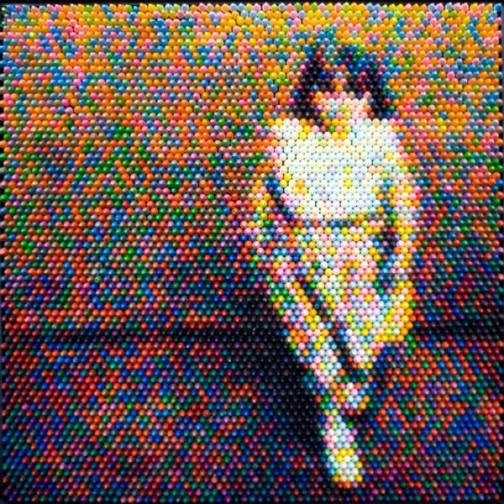 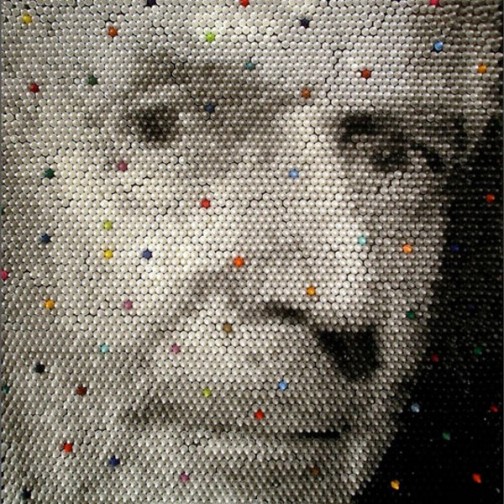 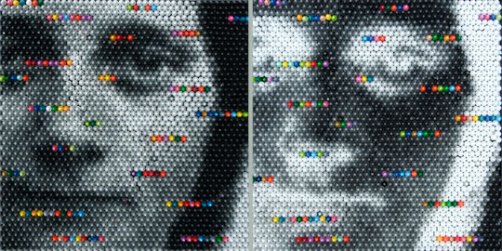 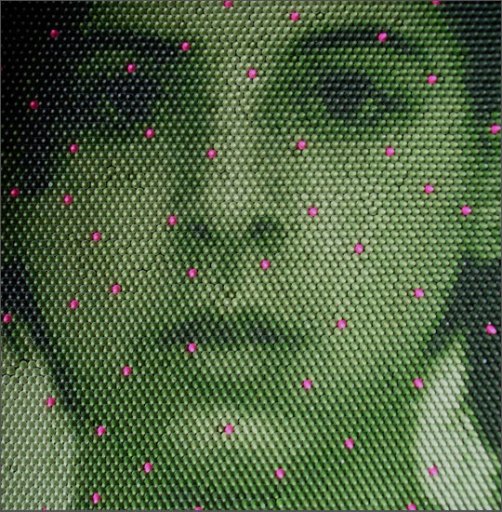 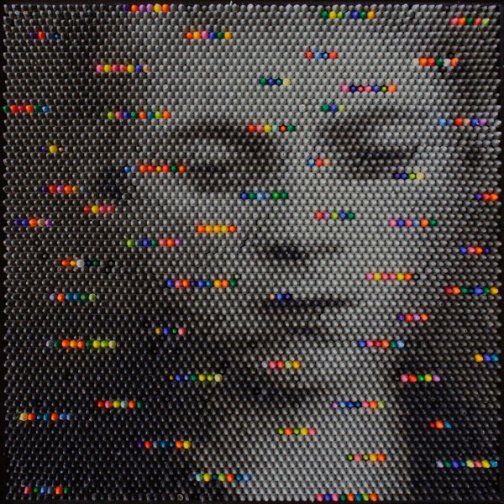 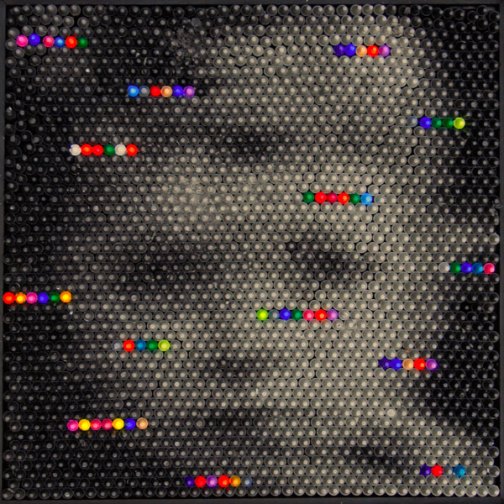 Portrait of a Boy by Christian Faur, crayon work from the series ‘Forgotten children’ 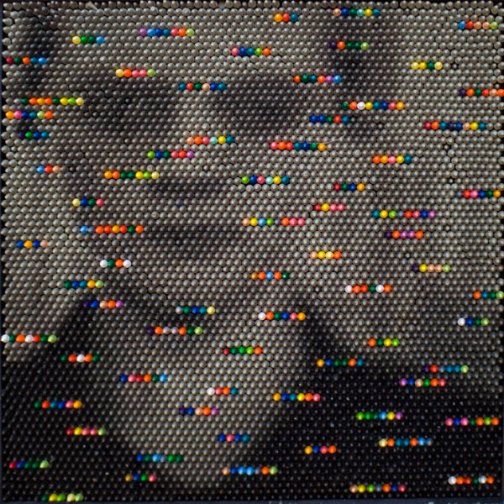 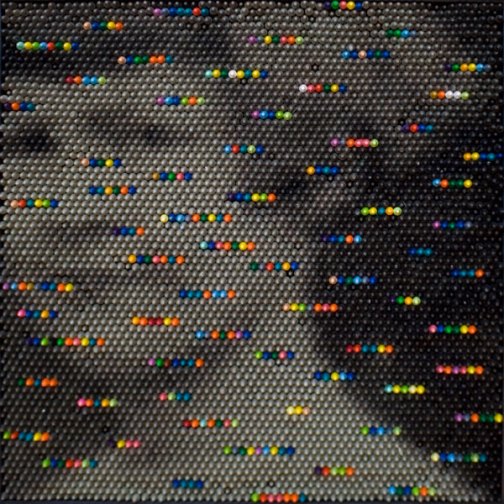 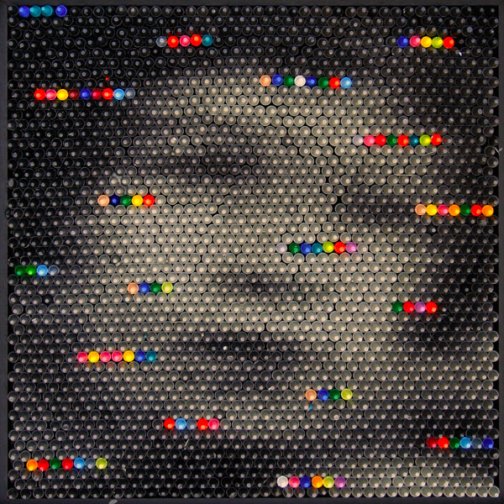 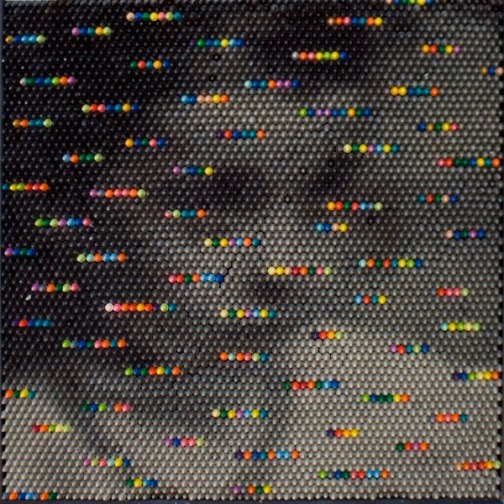 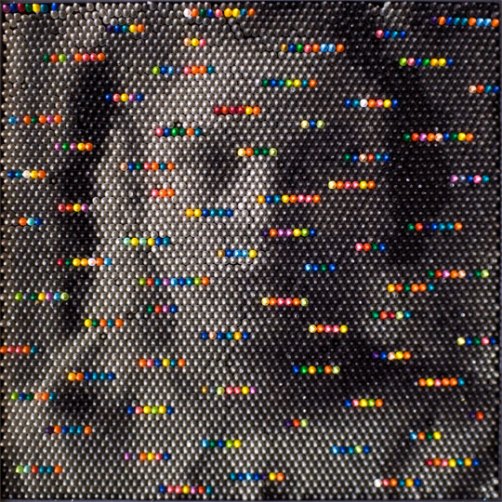