Cleopatra Necklace discovered in Siberia
This is how the stylish ‘ancient Egyptian’ necklace was discovered in the heart of Siberia – the Altai Mountains. The priceless jewel made of brightly colored laminated glass, decorated the neck of a 25-year-old woman found in 2004. The necklace has never gone on public display. Scientists say she died between 2,300 and 2,400 years ago and was a kinswoman of the famous tattooed ‘Princess Ukok’, whose astonishing preserved tattooed body has gained worldwide interest. Andrey Borodovsky’s team continues to study their finds in the Chultukov Log burial mounds in the Altai Mountains. 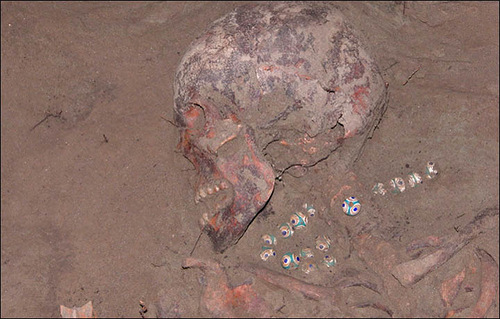 ‘The necklace has a striking variety of colors, beautiful shades of deep and light yellow and blue,’ said the Siberian archeologist. ‘I have worked with Altai antiquities for more than 30 years, and this necklace is probably the most beautiful find I’ve ever seen.’ 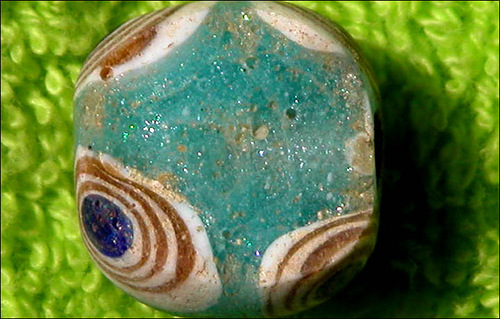 It is made by the ‘Millefiori’ technique which involves the production of glass canes or rods with multicolored patterns which are viewable only from the cut ends. The rod is heated in a furnace, pulled until thin, yet maintaining the design in the cross section of the glass. When cool, it is cut into beads. 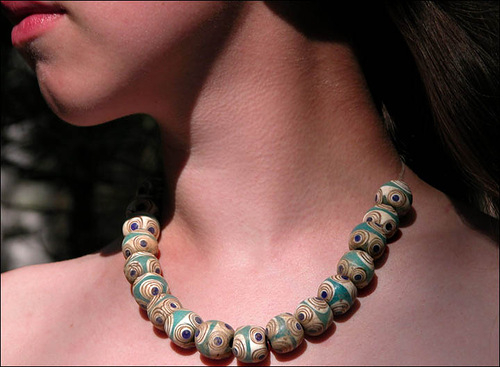 In fact, while it has been nicknamed ‘Cleopatra Necklace’, the highly-colored necklace pre-dates the exotic last Pharaoh of Ancient Egypt and originates around the time that Alexander the Great dominated the world from the Ionian Sea to the Himalayas. 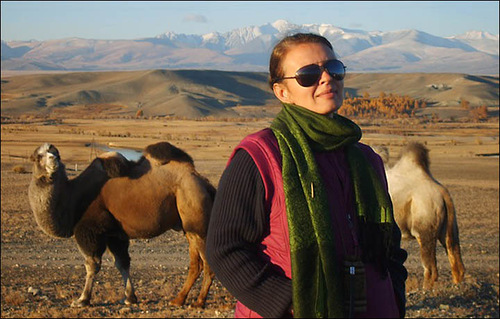 The actual find was made by Professor Borodovsky’s wife, Yelena, 50, also an archaeologist

‘It was my plan of excavation – but she found them’, Andrey Borodovsky said. 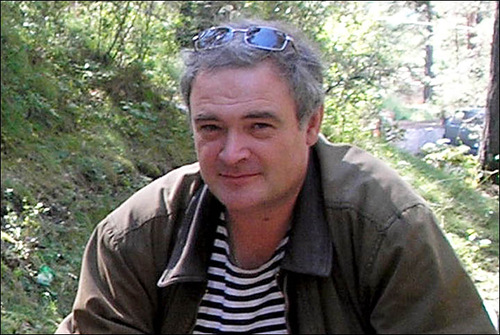