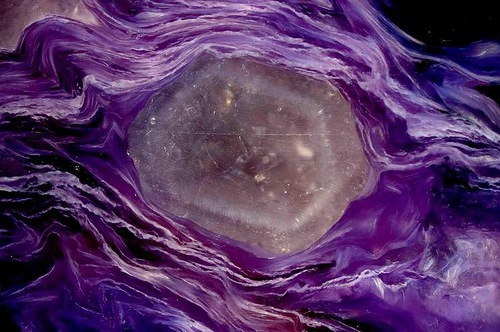 Exotic gemstone Charoite
One of the most rare and exotic gemstones on the Earth, and the only field in the world is located in the outskirts of Yakutsk, Irkutsk oblast, Siberia – in the watershed of the rivers Chara and Tocco. Besides, the discovery itself reveals a remarkable story. The discoverer of this rare stone Russian geologist Yuri Gavrilovich Rogov was on a business trip in Paris. There he entered the Mineralogical Museum of the Louvre, that claimed to have a complete collection of all minerals of the world. Rogov showed a plate of the purple rocks, asked to define the mineral. The Museum staff had to admit that this mineral is unknown for them, and offered to buy the sample. But the geologist refused. 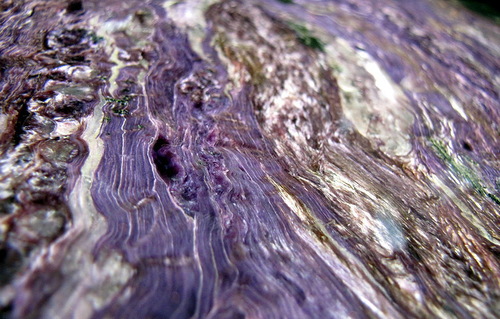 Closeup of Charoite – an exotic stone of blue and purple colors, found in Siberia, Russia 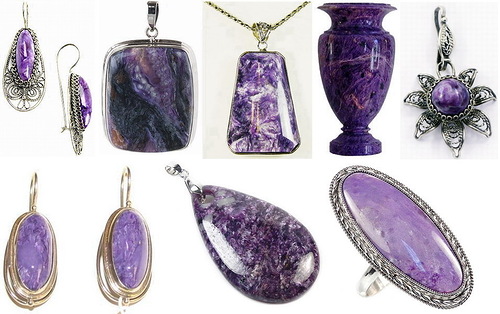 Jewellery pieces made of Charoite

Charoite is a complex composition of alkaline calcium silicate, Mohs hardness of 5-5, 5. Lends itself well polished. Charoite has dozens of ornamental species, characterized by wide variations in color, mineral composition and structural-textural parameters. 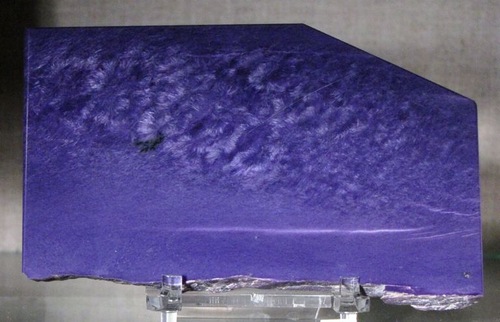 To date, the mineral composition of Charoite has been studied adequately. In a relatively short period of time (over 30 years) officially discovered more than 40 new and rare (occurs in two-three places on Earth). 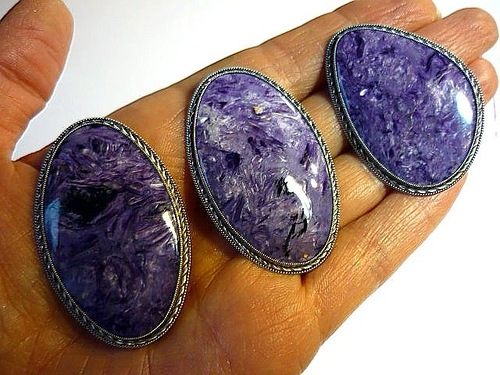 Made of Charoite brooches

The annual quota for extraction of charoite, approved by the Ministry of natural resources of RUSSIA,-100 tons, but from the 90 ‘s, the most that was mined, this 52 tons in 1999. 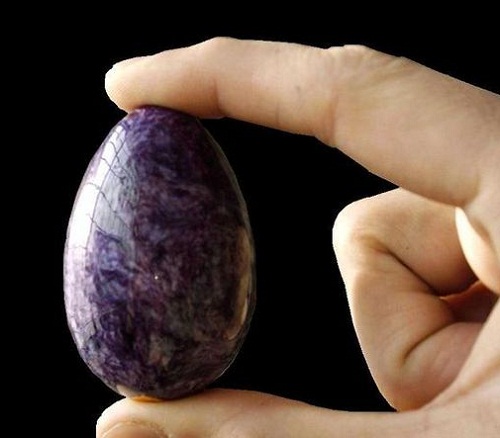 The size of Charoite 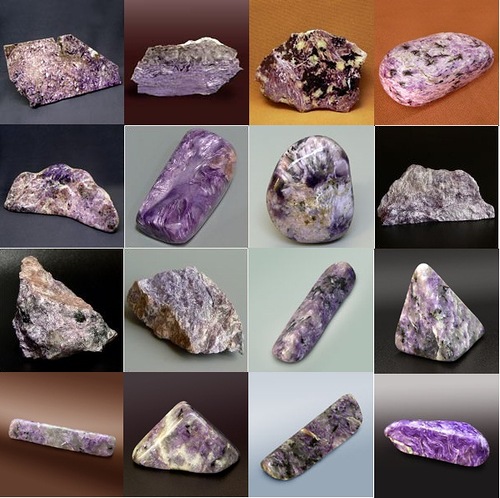 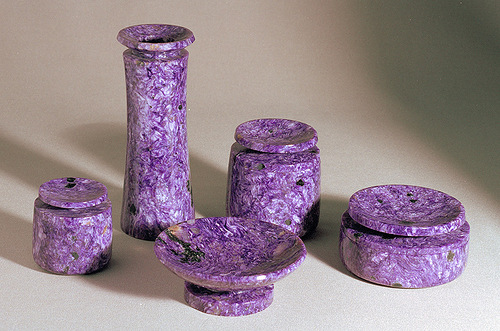 Made of Charoite souvenirs 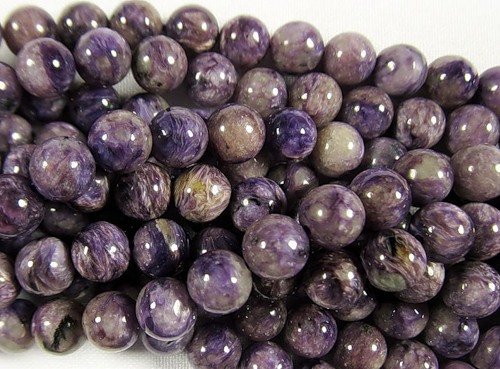 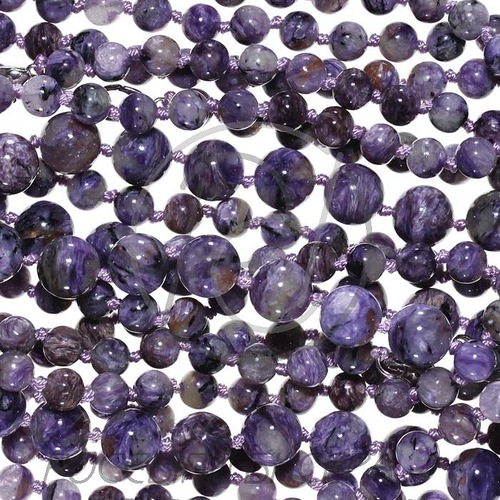 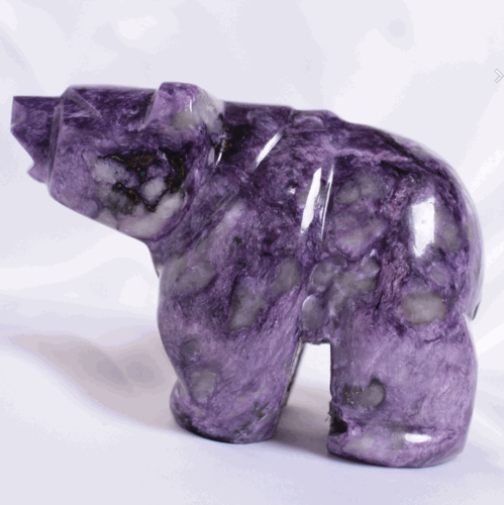 Cut from Charoite figurine of a polar bear 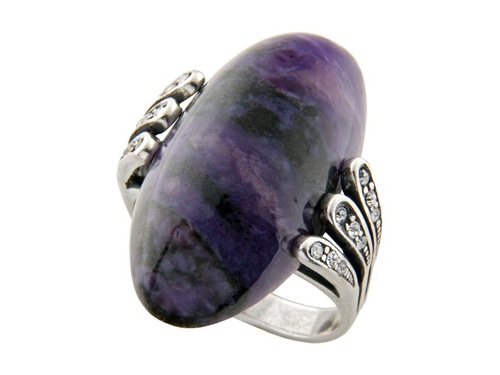 A ring decorated with Charoite 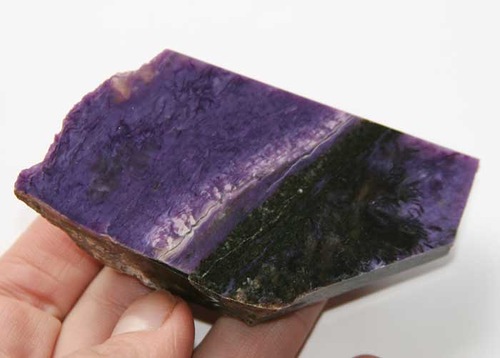 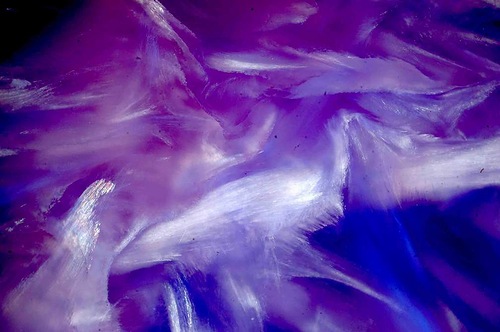 All shades of blue are characteristic of Charoite 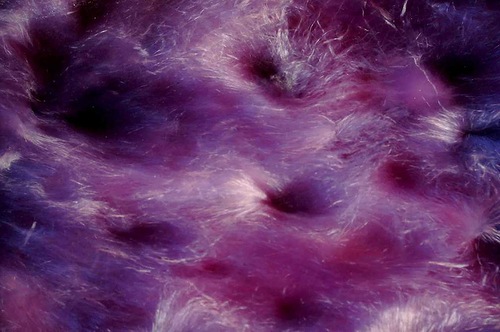 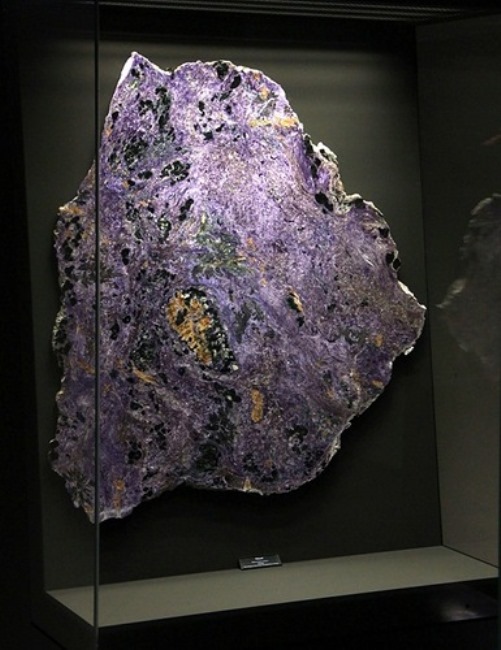 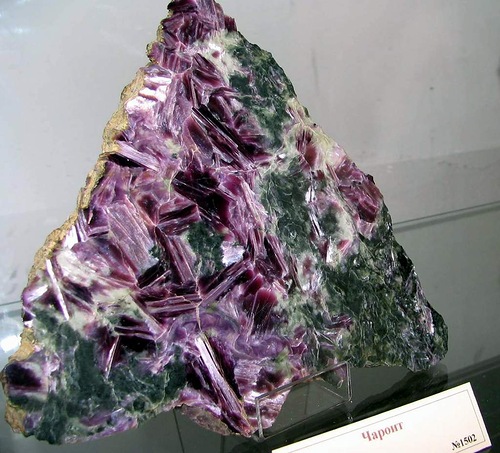