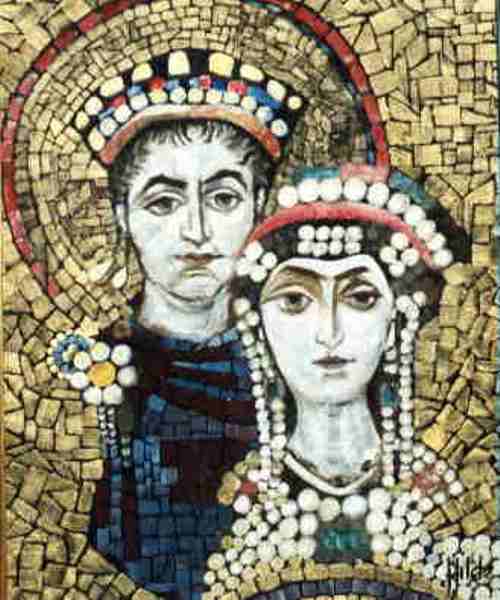 Crowned courtesan saint Theodora without doubt was an outstanding woman. She was born in the year 500 in Cyprus, in the sultry and happy side of Aphrodite. But Theodora hardly remembered her homeland – the girl was four years old when the family moved to Constantinople, the capital of the Byzantine Empire. Her father was appointed superintendent of the emperor’s bears, and her mother moonlighted prostitution. One day the bear ripped the girl’s father, and the family was on the brink of survival. To have a piece of bread, the widow had to teach her daughters the only craft she knew – to sell their beauty. Theodora and her two sisters entertained the audience dancing and pantomiming before sporting events at the track. Especially the audience applauded vigorously when beautiful Theodora threw off her clothes. Unusually graceful, she quickly gained popularity. 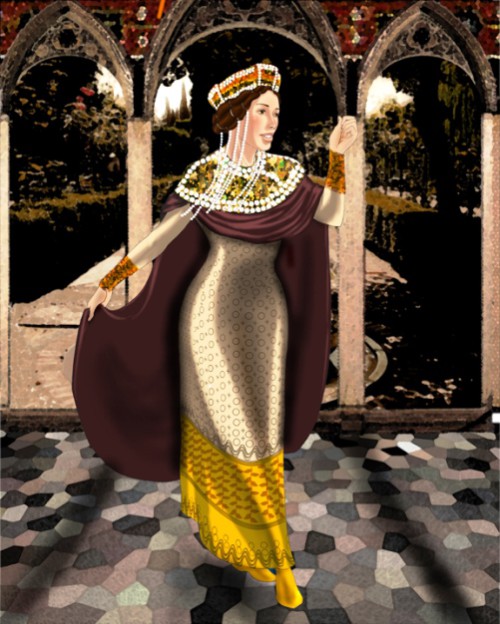 Profession of a dancer Theodora combined with the craft of a courtesan. Besides the beauty, she had a quick mind and a passionate temperament which attracted many admirers. Soon Theodora had enough money not to be given for a pittance to the first comer. To buy her affection could now only a very wealthy man. 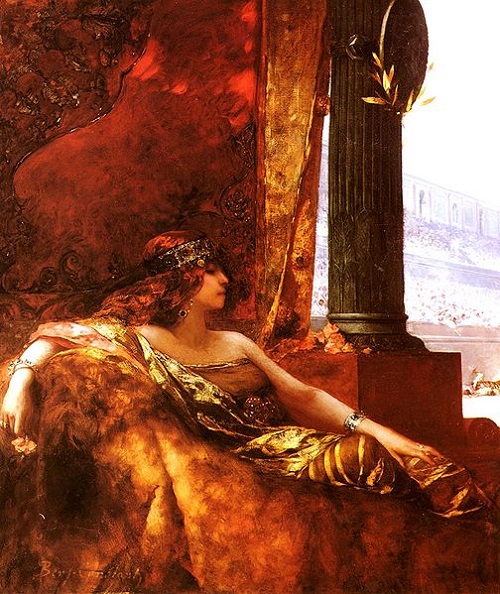 Crowned courtesan saint Theodora. The Empress Theodora in the bed of the circus’ hood. J. Constant, the end of the XIX century

That all changed when Theodora met Hecebolus. This handsome black-eyed native of Tyre was an influential imperial official, the newly appointed governor of one of the African provinces. Theodora decided to follow him to Africa, but their romance did not last long. She was not going to be satisfied with one man, and, in the end, Hecebolus tired of his lover who constantly cheated on him. He kicked her in the literal sense of the word to the street. 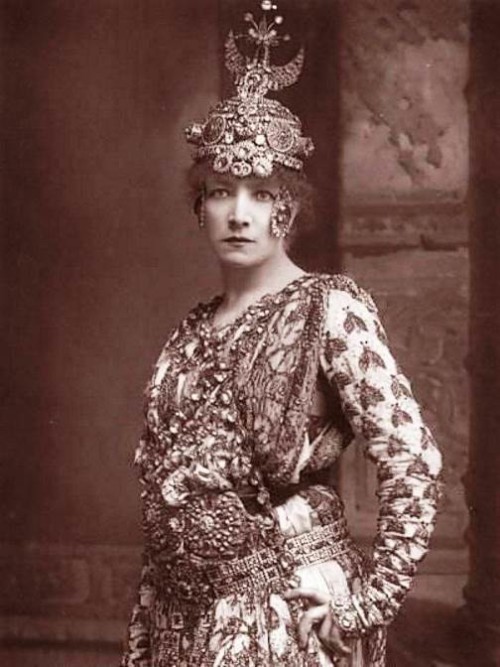 Without money, Theodora almost a year wandered around the African coast. In this sun-burnt woman was hard to find a luxurious former courtesan of Constantinople. Now she has turned into a street prostitute earning with her body. Truly happy fate brought her to Alexandria. In the VI century, Alexandria was one of the strongholds of Christianity. In the desert surrounding the city, there were a lot of monasteries, for which it was deservedly called the “desert of the saints.” Patriarch Timothy of Alexandria often treated with a sermon for fallen women, which were many in the port city. And these sermons changed the life of Theodora. Not far from the Imperial Palace Theodora took off a small house and began to lead a chaste secluded life. And besides, she became very devout. 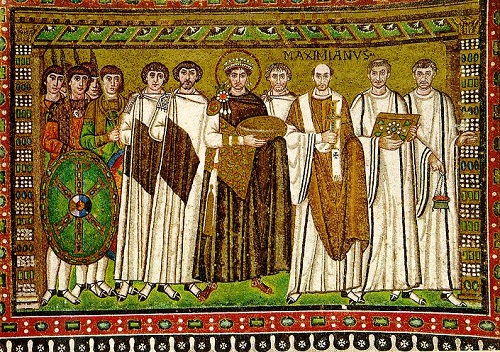 Once Theodora was noticed by Justinian – the nephew and heir of the emperor Justin. By the time they met Justinian was about forty years old, he was a successful military leader, a gifted man, shrewd politician and diplomat. Justinian fell madly in love with Theodora. The desire to possess her was so great that he decided to marry her. Dark past of his beloved was not interesting to him. 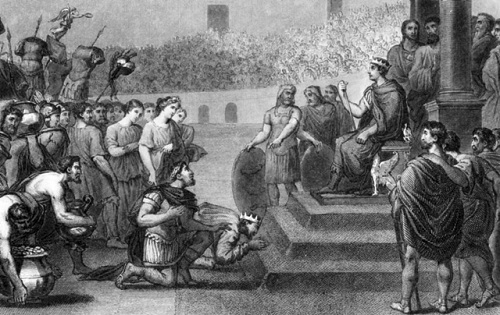 On Easter Sunday, 527, the Emperor Justinian, officially announced Justin his co-regent. On the day Theodora together with Justinian was crowned in the church of Hagia Sophia, illuminated for the occasion by lights thousands of candles. Then, according to the custom of the Byzantine empresses, Theodora went to the track to listen to the people welcome. It was the race track, where she once stood with her sisters. But now everything was different – it was not on the dirty sand arena, but on the marble podium and she looked at the sea of ​​people at her feet. 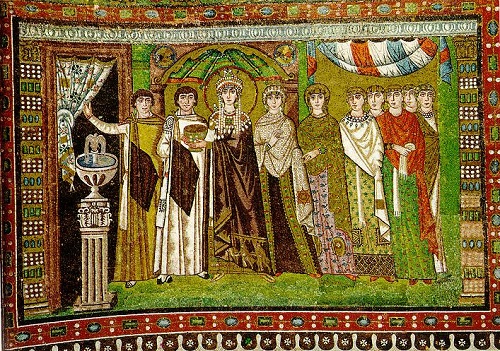 When Theodora came to the throne, she was about thirty. Her life after marriage had become quite respectable. Theodore was too smart and too ambitious to compromise herself with amorous adventures. But she always looked after her beauty, well aware that the exterior – the main cause of her influence on Justinian. She would get up late, always resting during the day, loved to take floral baths, used oils to keep an awesome skin color.

Soon, however, Theodora realized that in her position she can not be only woman. First of all, she was an empress, and much of that glorified the reign of Justinian, was born in her pretty head. In the most important cases the emperor should have consulted the beloved wife. Using his influence, Theodora appointed to the highest positions her favorites, and even interfered in the affairs of the church. Without hesitation, she eliminated all off her way, whose influence could weaken her own. Theodora had a staff of spies who peeped everywhere. In Constantinople there were rumors of torture and secret executions of the terrible dark dungeons, where the empress threw her victims. She could be ruthless. 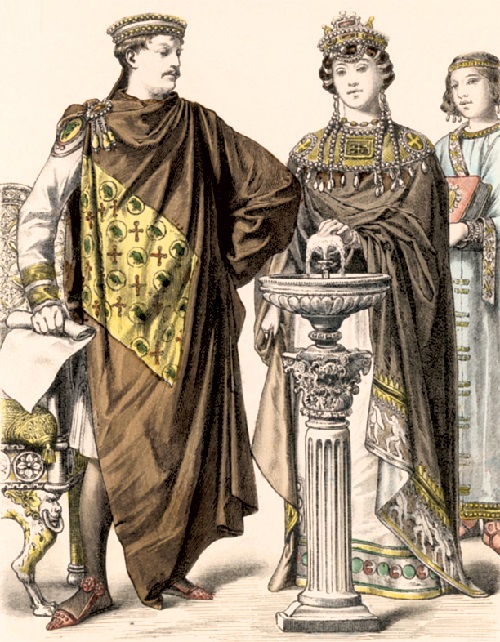 Remembering her past, she patronized all fallen girls and persuaded the emperor to take a lot of laws that protected women’s rights: the law of divorce, the law on the release women from sex slavery, the law on the punishment for kidnapping nuns. Becoming a stern guardian of morality, a former prostitute founded the monastery on the banks of the Bosphorus for repentant sinners. It had 500 girls, isolated from the outside world. Buried alive, they led a hard life, many rushed from the high walls to the waves of the Bosphorus. However, this place as a shelter to all repentant, Theodora glorified. Justinian himself admired most of all.

The Emperor Justinian berated by his wife Theodora (532 CE)

The incomparable beauty of the Empress retained until her death. She died in 548 from an incurable disease. Justinian bitterly lamented the loss of his beloved wife and never remarried. The Orthodox Church canonized her. Catholics, however, disbanded the scandalous gossip about her, not forgiving her interference in church affairs. But no one has forgotten Theodora – a girl from a racetrack that has risen to the imperial throne. 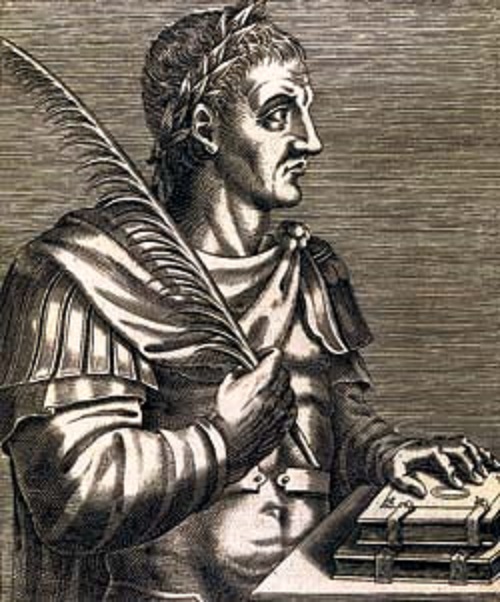 Revered as a holy by Christian Church for the restoration of the veneration of icons. Memory of Theodora in the Orthodox Church takes place on 11 (24) February, a Catholic – 11 February 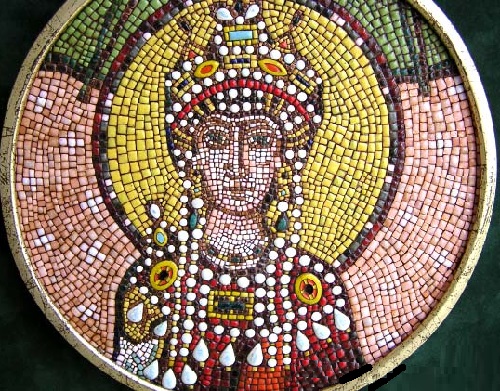