I sing the Poppy 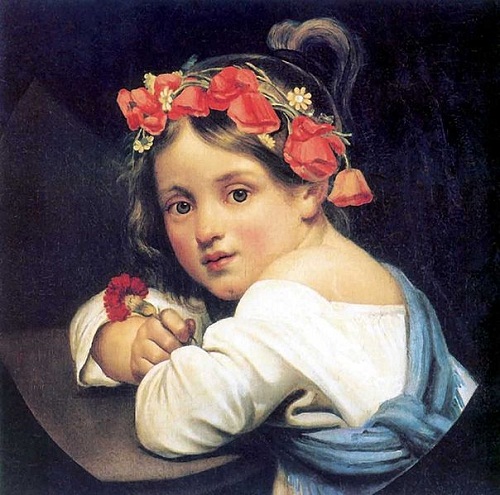 Orest Adamovich Kiprenskiy. A girl in a poppy wreath with a carnation in her hand (Mariuchcha). 1819. I sing the Poppy

I sing the Poppy!
The frail snowy weed! The flower of Mercy! … The Poppy hath a charm for pain and woe. Mary A. Barr
In general, the Poppy is a symbol of the Great Mother (from whom everything was born in our world, absolutely everything). Dedicated to all the lunar and nightly deities, it ymbolizes fertility, oblivion, and idleness.
Meanwhile, In China, it means retirement, rest, beauty, success. However, as a source of opium – disintegration and evil. In Christianity, the blood red poppy represents the sufferings of Christ and the sleep of death. For the Greeks and Romans – the period of sleep and death of the plant world, the emblem of Demeter (Ceres), Persephone, Venus, Hypnos and Morpheus. But due to its fertility, considered the flower of the goddess Hera, who was responsible for fertility and marriage. 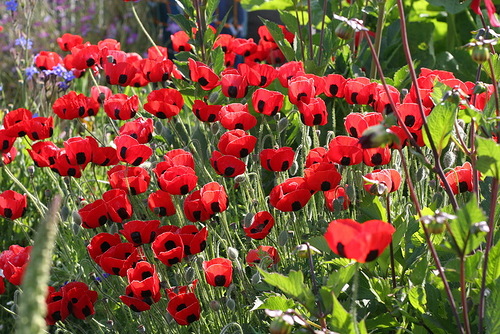 Even the scarlet flowers of passion seem to grow in the same meadow as the poppies of oblivion. Oscar Wilde

However, the most common legend about the poppy is not associated with paganism, but with Christianity. After the creation of the world by God, everyone was happy: people, animals, plants, the sky, and water. Only Night remained unhappy. She was very saddened by the fact that she had to hide her natural beauty under the veil. She invented various tricks – stars, fireflies, to somehow become lighter. But it was all in vain. Besides, people disliked the Night, because it frightened and caused sadness.

So, God decided to take pity on the poor Night and created Dreams. Since then, Night has ceased to frighten people. On the contrary, people began to wait for it, as a welcome guest. And on the pristine Earth everything was calm and wonderful, until sin awoke in people. The man conceived the idea of ​​killing his neighbor. Dream tried to prevent it, but sin was too strong and did not allow Dream to come to him. Then Dream became angry and hit the Earth with his own knife, Night came to the rescue and breathed into him the stream of life. So on our planet appeared poppy. Which still retains its sleep-causing power.

I sing the Poppy 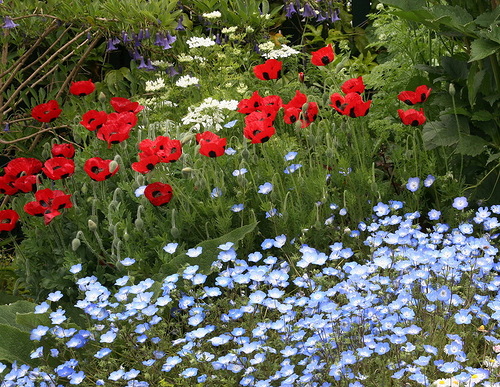 Your ghost will walk… By a cornfield-side a-flutter with poppies. Robert Browning 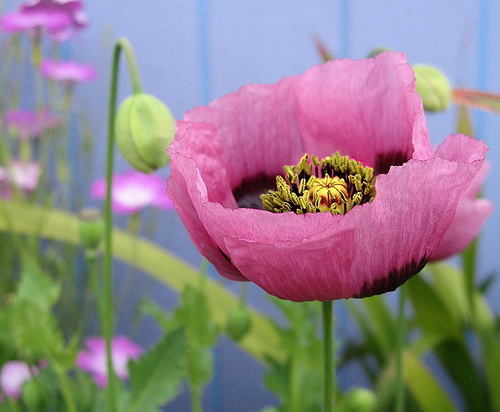 As for marigolds, poppies, hollyhocks, and valorous sunflowers, we shall never have a garden without them. Henry Ward Beecher 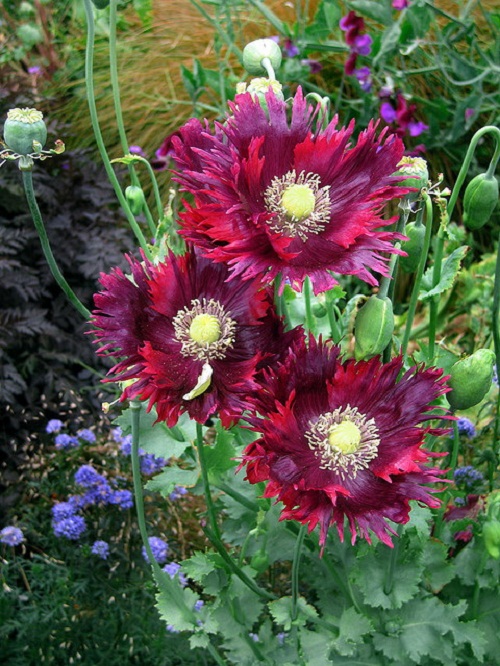 This mind and body are so imbued, and this tongue – dyed in the deep crimson color of the poppy. Sri Guru Granth Sahib 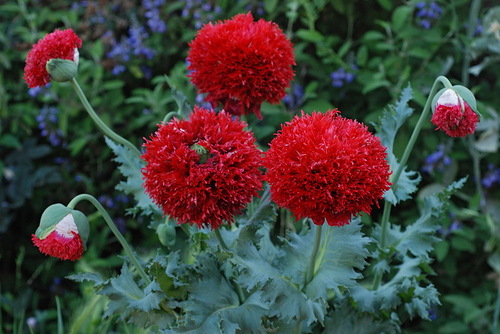 And left the flushed print in a poppy there. Francis Thompson 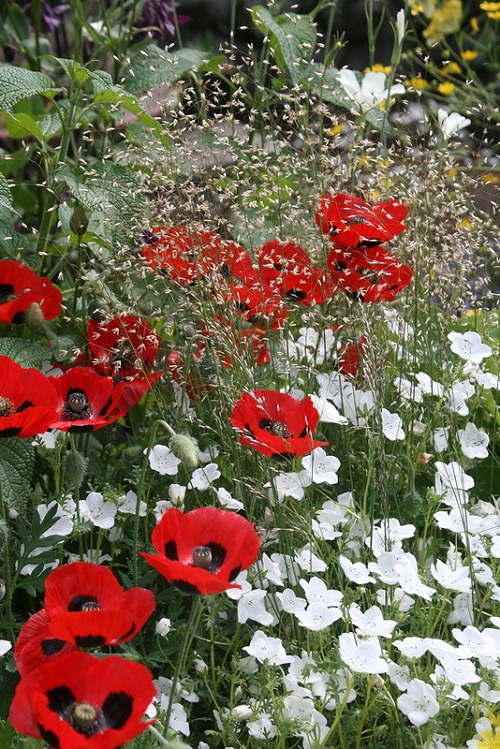 That we find a crystal or a poppy beautiful means that we are less alone. John Berger 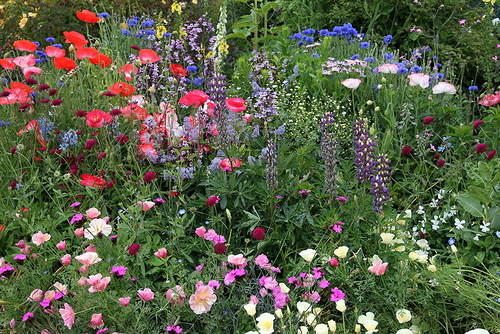 Bring poppies for a weary mind That saddens in a senseless din. William Winter 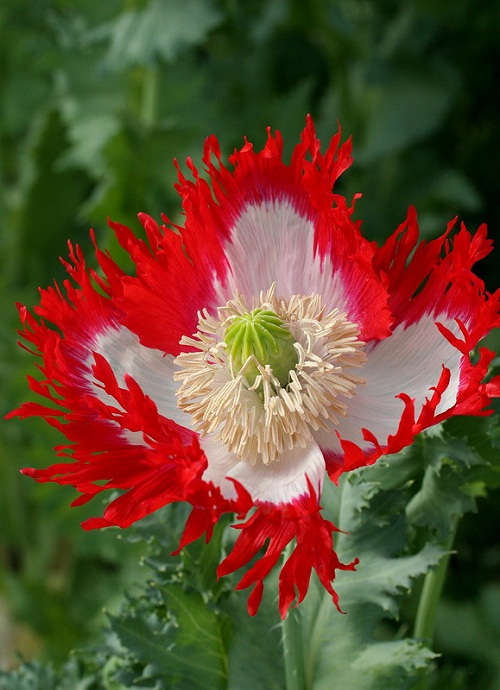 And far and wide, in a scarlet tide, The poppy’s bonfire spread. Bayard Taylor. Poems of the Orient 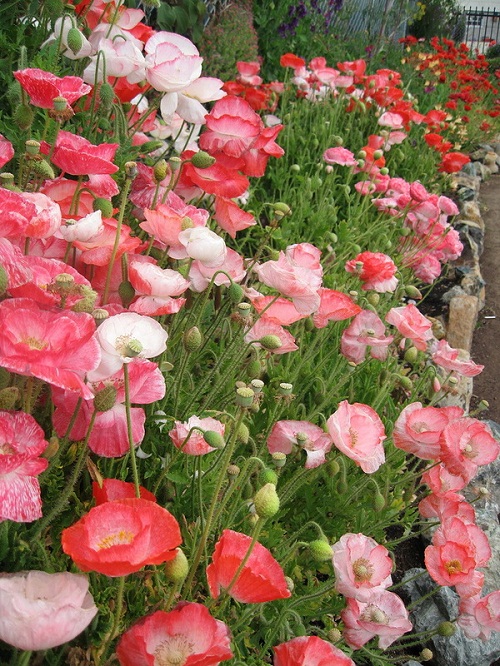 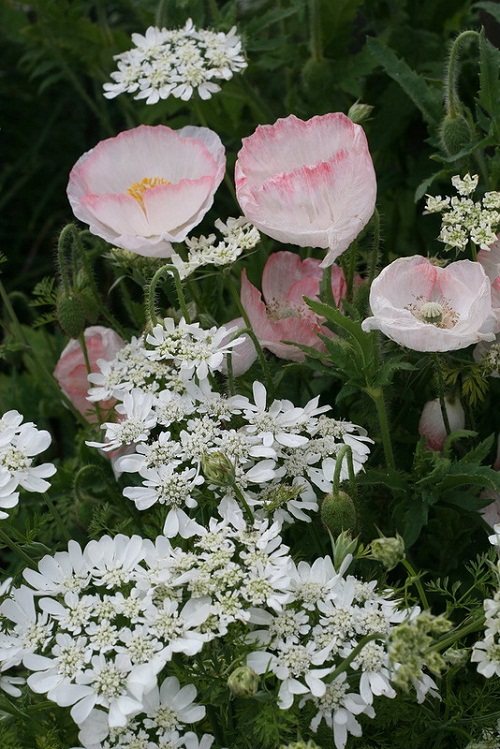 Let but my scarlet head appear And I am held in scorn; Yet juice of subtile virtue lies Within my cup of curious dyes.” Christina G. Rossetti 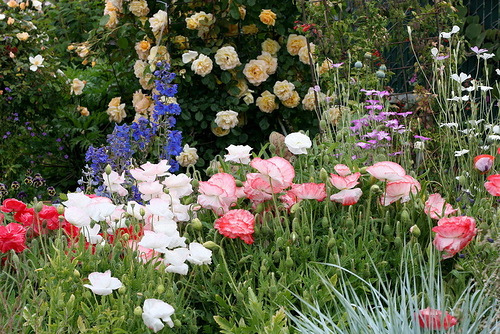 And would it not be proud romance Falling in some obscure advance, To rise, a poppy field of France? William Alexander Percy. Poppy Fields 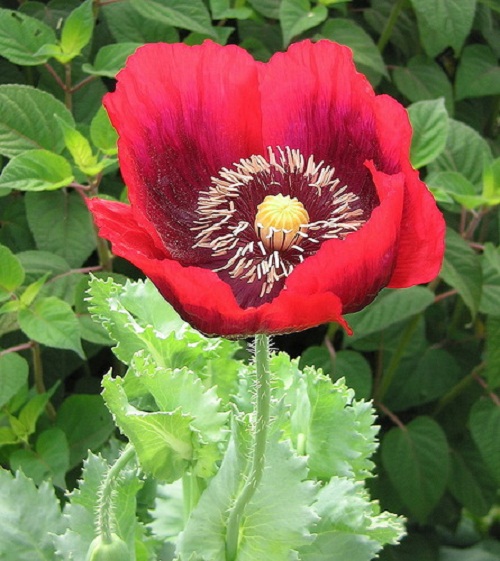 Find me next a Poppy posy, Type of his harangues so dozy. Thomas Moore 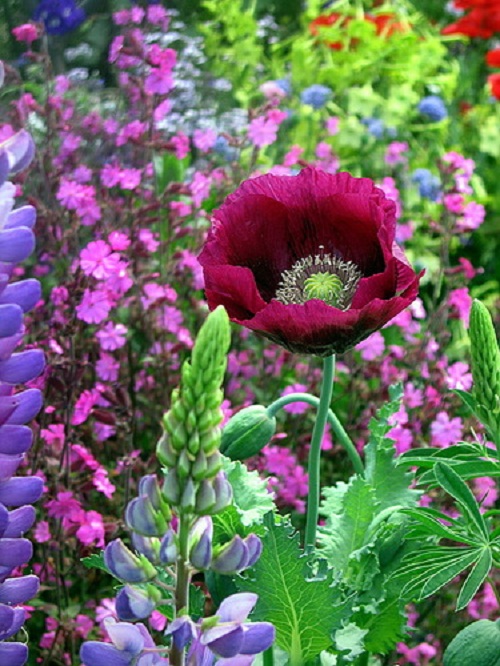 In Flanders fields the poppies blow Between the crosses, row on row, That mark our place, and in the sky.. Lieut.-Col. John McCrae 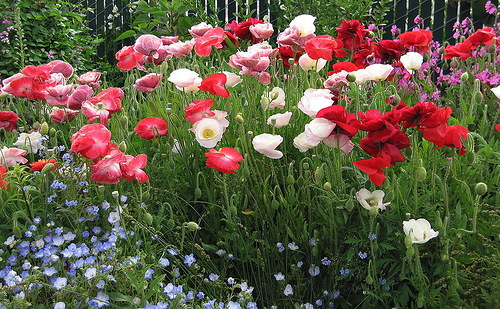 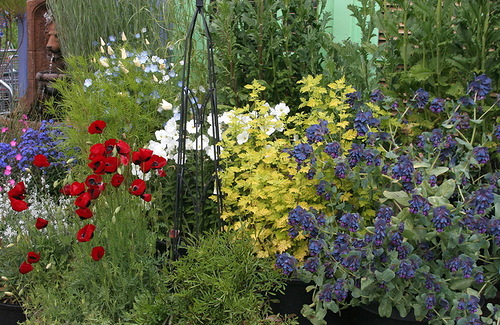 Every castle of the air Sleeps in the fine black grains, and there Are seeds for every romance, or light Whiff of a dream for a summer night. Amy Lowell 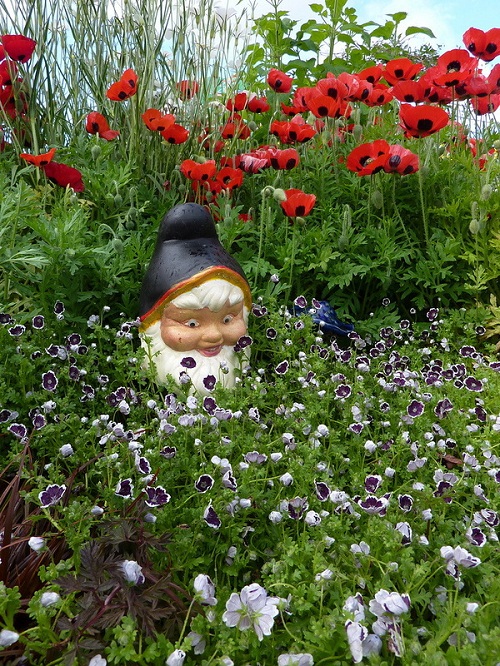 Through the dancing poppies stole A breeze most softly lulling to my soul. John Keats. Endymion (bk. I, l. 681) 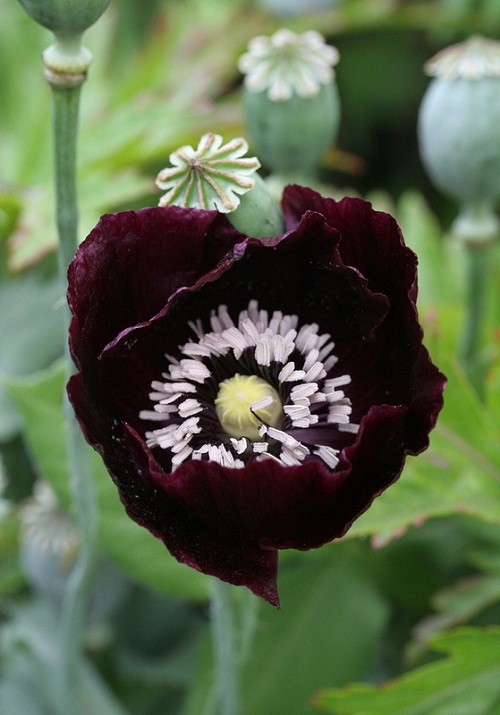 The poppies hung Dew-dabbed on their stalks. John Keats. Endymion (bk. I, l. 681) 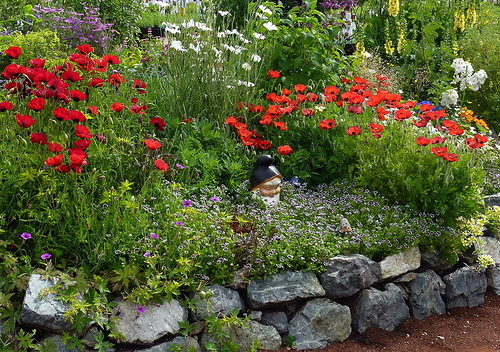 The poppy opes her scarlet purse of dreams. Scharmel Iris 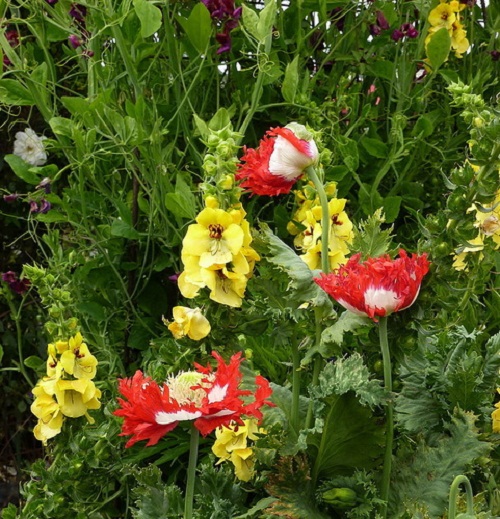 We are slumberous poppies, Lords of Lethe downs, Some awake and some asleep, Sleeping in our crowns. Leigh Hunt 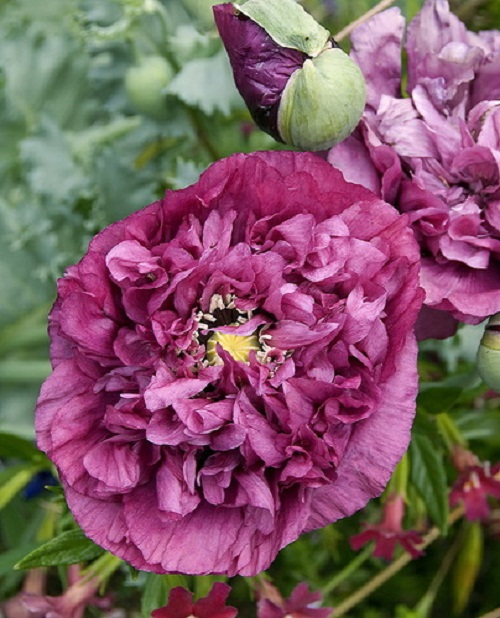 Central depth of purple, Leaves more bright than rose, Who shall tell what brightest thought Out of darkness grows? Who, through what funereal pain, Souls to love and peace attain? – Leigh Hunt 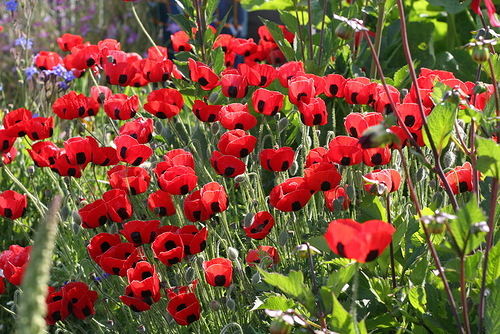 Like a yawn of fire from the grass it came. Francis Thompson 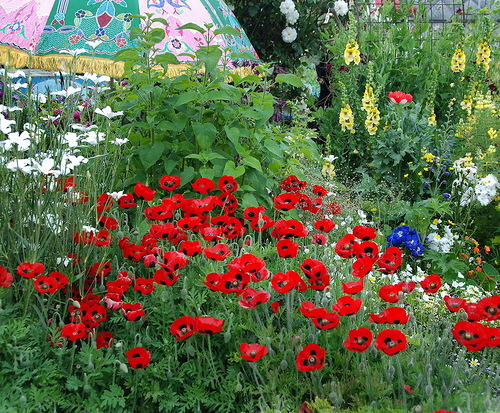 Summer set lip to earth’s bosom bare, And left the flushed print in a poppy there. Francis Thompson 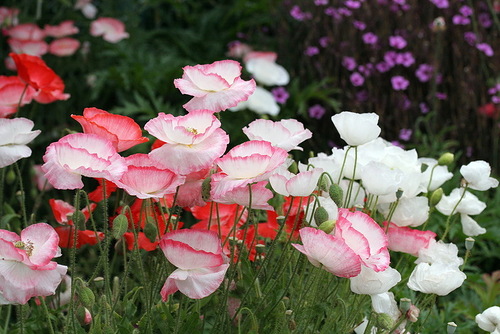 That we find a poppy beautiful means that we are less alone. John Berger 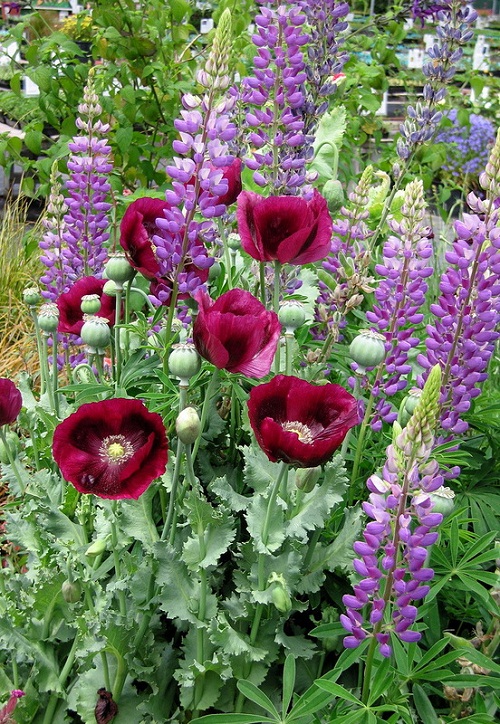 Truth, like the juice of the poppy. Walter Savage Landor 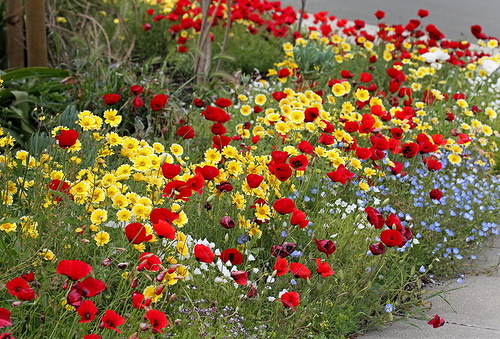 I sing the poppy