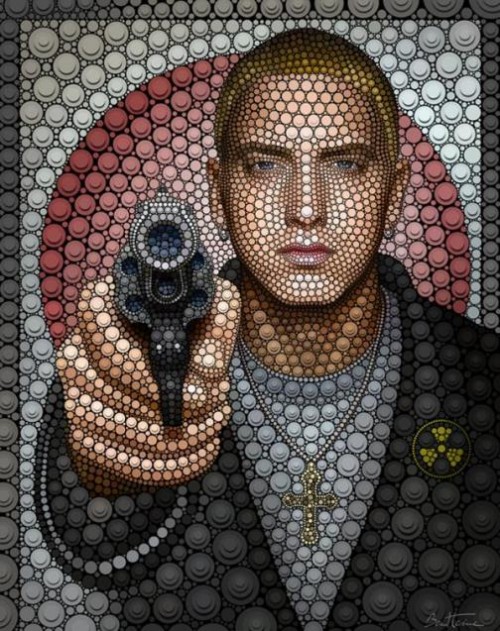 Digital Art by Ben Heine
Born in Abidjan, Ivory Coast, Belgian visual artist Ben Heinew currently lives and works in Brussels. Ben Heine had briefly studied graphic arts and sculpture but mainly a self-taught artist. According to the artist, he started this project in 2010. It is a synthesis of Pop Art and Pointillism. In this series, Ben usually makes portraits of celebrities with digital tools using only flat circles on a black background. And each circle has a single color and a single tone. Meanwhile, the artist stated he has been making portraits for over 15 years now. However, it wasn’t very long ago that he started developing this original technique. Among people he chooses to portray are celebrities, such as Bob Marley, Freddie Mercury, Eminem, Elvis Presley, Lady Gaga, Marilyn Monroe, Johnny Depp and others. 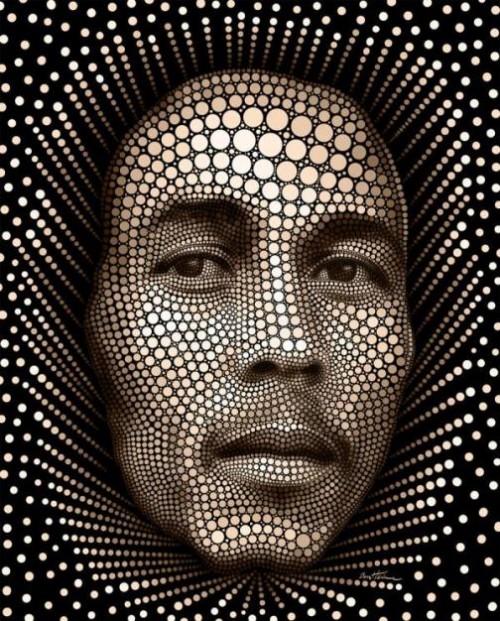 Ben has a degree in Journalism, he also briefly studied History of Art, Painting and Sculpture at “Hastings College of Arts & Technology” (England). However, he is a self-taught person in Drawing and Photography. Noteworthy, through his studies, he learned several languages: French, English, Dutch, Polish, Spanish, and Russian. According to Ben, he loves languages because he loves communicating and interacting with people.

“As I’ve been working with digital tools recently, this came quite naturally, and I’m a big fan of Pop Art and Pointillism. “Digital Circlism” is a modern fusion of them”. Ben takes inspiration from several photographs, then creates a brand new photo montage or a rough digital painting. And, finally, begins the long process of placing circles on a black background using image editing software and using his digital sketches as references. In fact, it requires between 100 and 180 hours of work for one portrait. 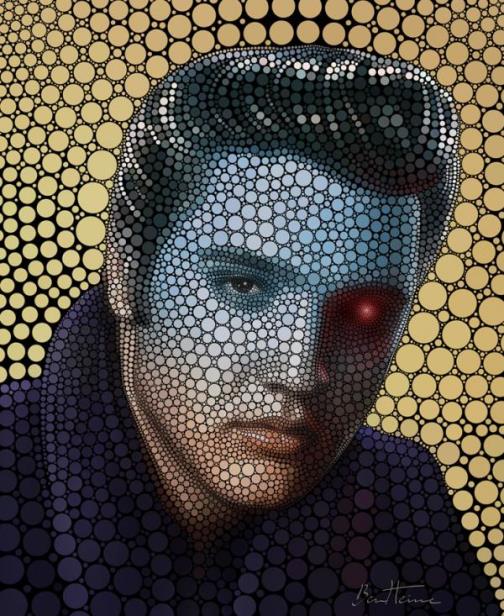 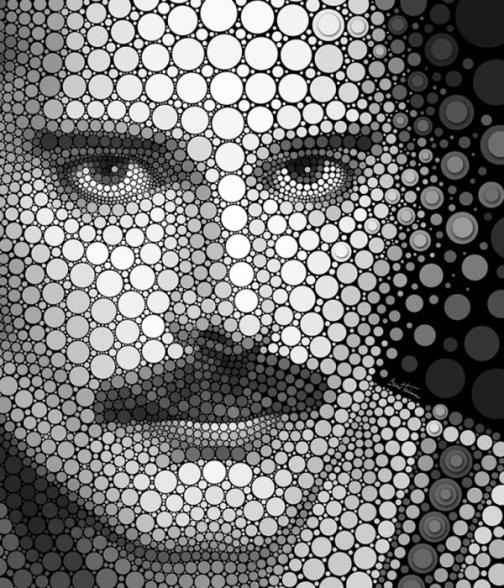 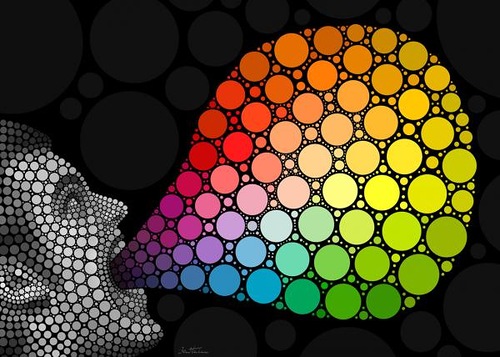 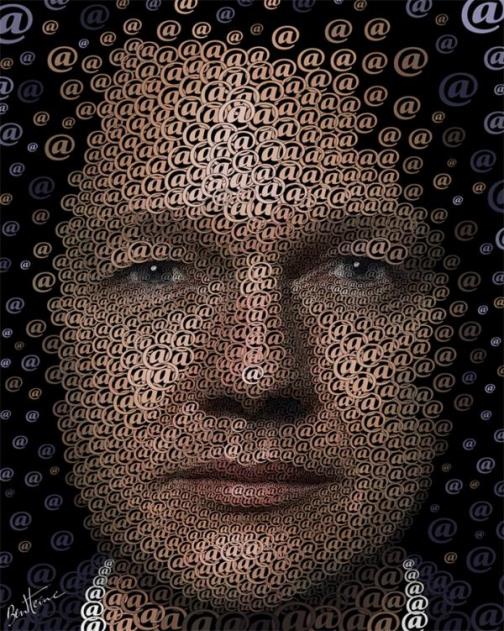 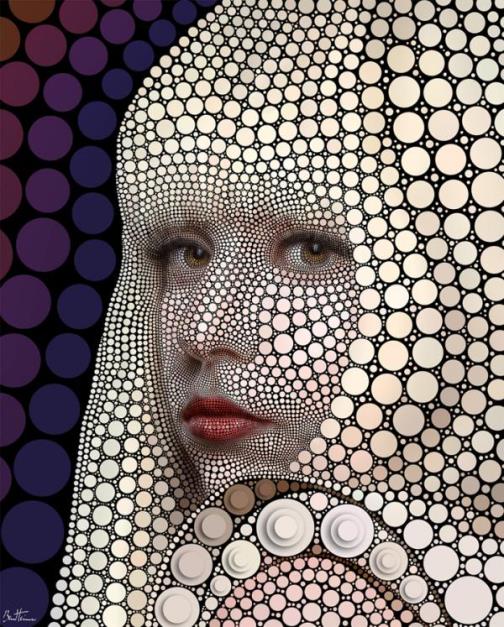 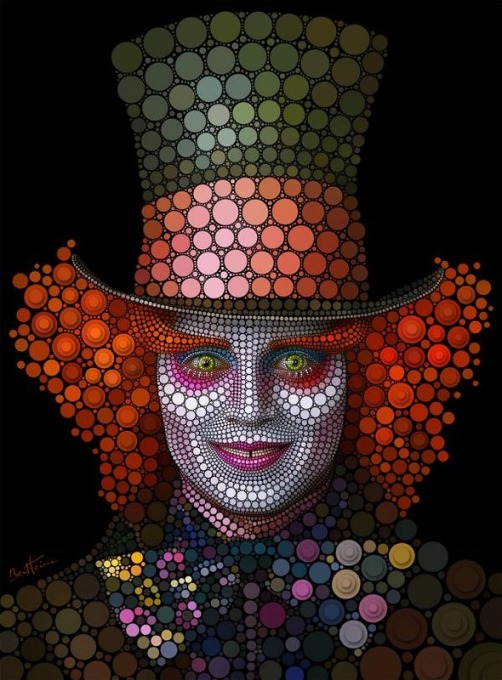 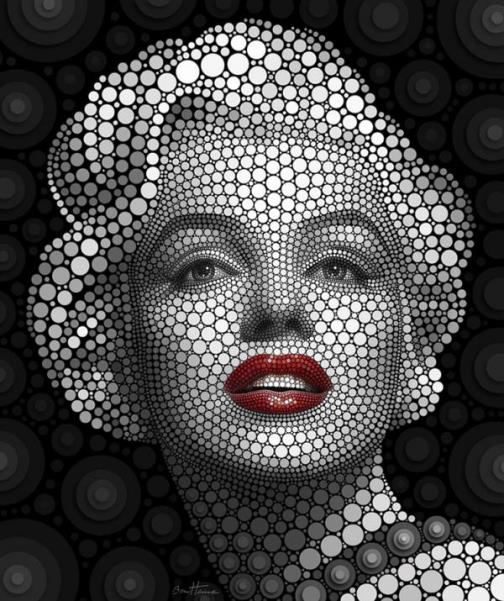 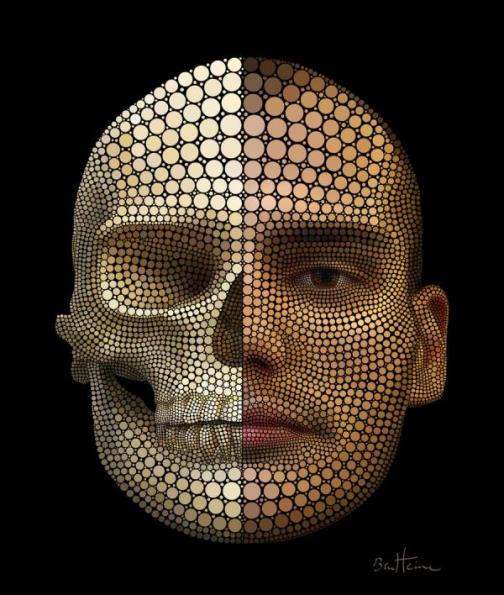 Remembering what I am 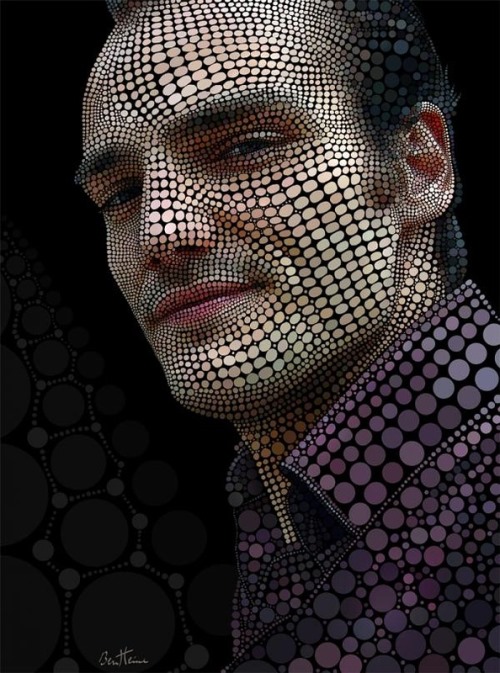