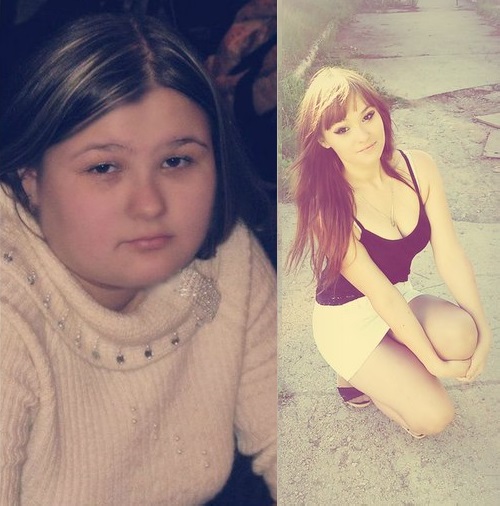 Elliada Skovlina before and after
born 22 September 1992 in Beloretsk, Bashkortostan, beautiful 22-year-old girl Elliada Skovlina has lost 50 kilograms (more than 110 pounds!) for the sake of love. For Elliada Skovlina childhood memories consist of constant insults and a wet from tears pillow. Noteworthy, at age 13 she weighed nearly a hundred kilograms (220 pounds)! Meanwhile, her classmates wrote on the blackboard “Are you going to lose weight?”. And her mom, who has always been slim, constantly repeated: “You have to lose weight!”. Besides, the doctors diagnosed “obesity”. Everyone pointed to the fact that she needed to get rid of extra pounds. However, how to do it, no one explained. Only her dad supported her: “Eat, my daughter, what you want!”. 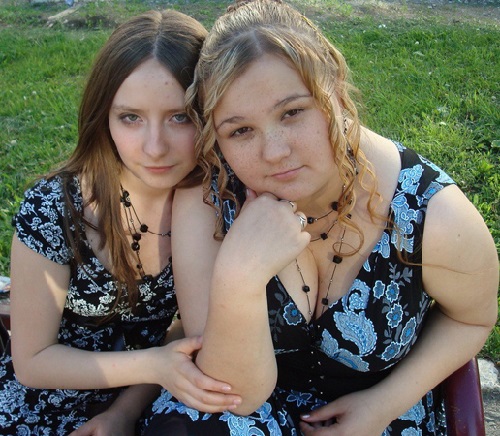 Traditionally, summer holidays in the village at her grandmother’s only added kilos – fat sour cream, milk and pies gained another couple of pounds. Awful complexed, trying to avoid talking to people, Elliada was gaining weight. 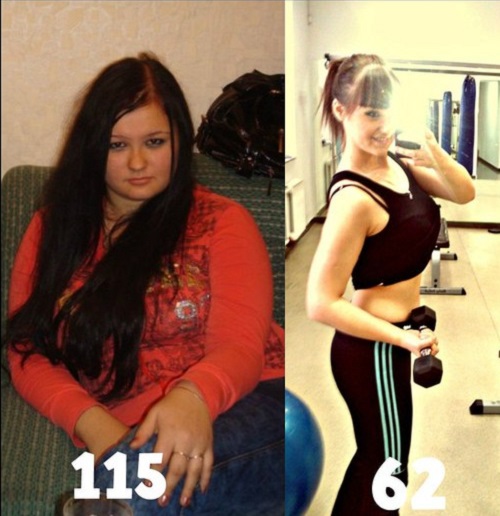 Then, Skovlina moved from Beloretsk to Ufa and entered the College of Arts (though always dreamed of being a criminologist). She studied to become a pianist, and had to go on stage. Very shy of her 115 kilograms, Elliada once said to herself – everything you need to deal with it! 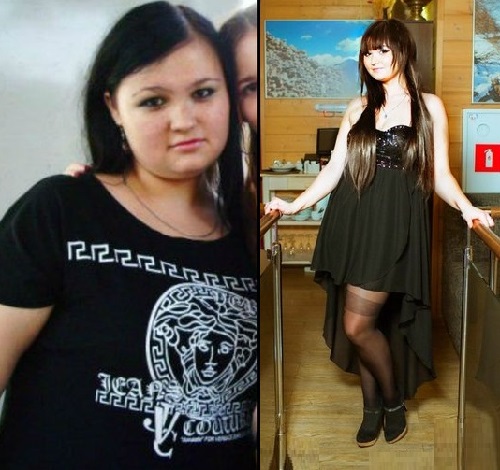 Noteworthy, everything has changed the moment Elya fell in love. According to Elya, she met her boyfriend Azat on the social network. She saw Azat in the company of the crowd of girls. And she promised – I will become the most beautiful!

The first thing she did – she almost stopped eating. Then followed faints. Spent lots of money on all sorts of medications and supplements. Some of them even helped. However, then the pounds came back, and even in the double volume. 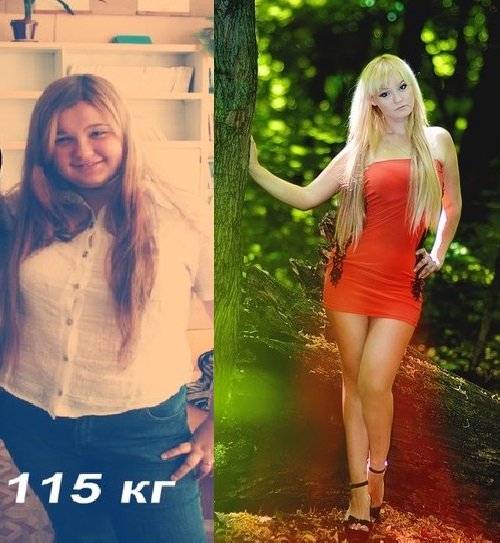 Finally, her friends persuaded Elliada to do physical exercise. “I still remember my first jog – a spring day, the Aksakov park, six o’clock in the morning. And the fear that I someone would see me running. I ran quietly, almost walked on foot, could hardly breath, often stopped.

During spring and summer, thanks to the everyday training and restriction in food, the girl managed to throw off the 40 kilograms. The first thing she did when realized that has lost weight – bought a jacket a size smaller and allowed herself a small heel shoes – the first time in her life!

Having experienced all weight loss recipes on her own body, the girl tries to convince the donuts to not expect miracles, but to go to the gym. Elliada Skovlina is seriously fascinated by fitness and intends to become a coach.

– Stop dreaming. Stop telling yourself, “from Monday…”, “from new year” to lose weight, don’t trust trendy express diets – she gives advice on social networks, motivating with her photos “before” and “after.” – You are not an accordion, plumping and slimming permanently. Pull yourself together, do not feel sorry for yourself and do not look for excuses, love your body and sculpt the beauty of it through sports and proper nutrition.

The latter, incidentally, does not mean not eating. The only thing you need to limit yourself – flour and sweet. If, for example, you like chocolate, you can choose chocolate with fructose, it is less caloric.

I, like every girl, want to be beautiful. The word “beauty” I understand in a number of factors: appearance, good health and good spirits. 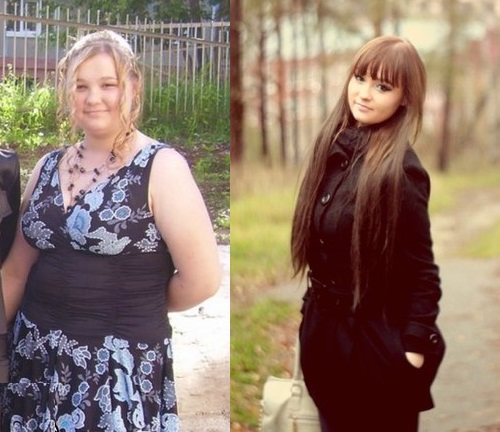 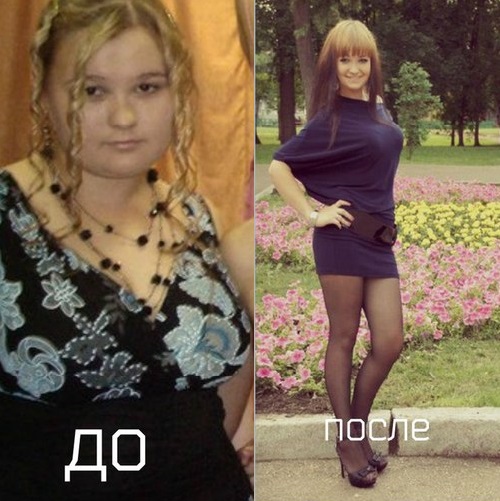 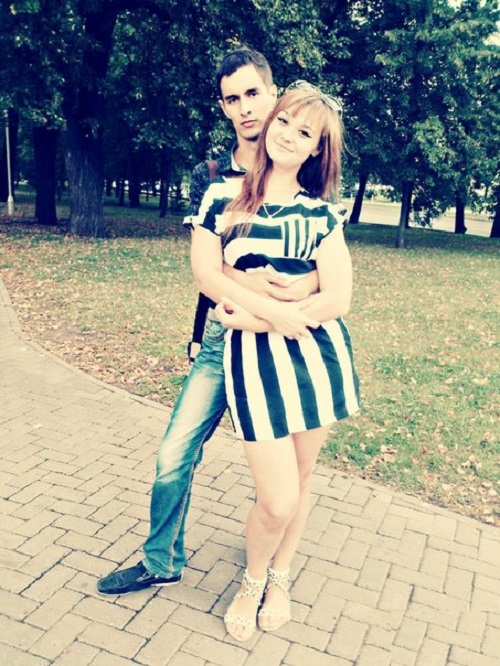 Everything has changed the moment Elya fell in love 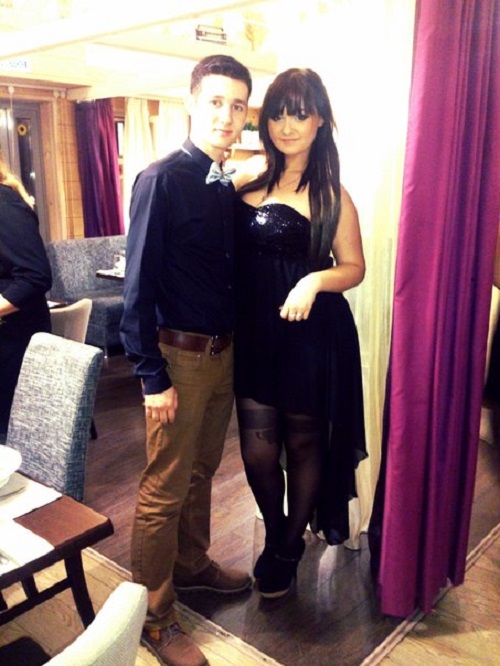 With her boyfriend, Elya 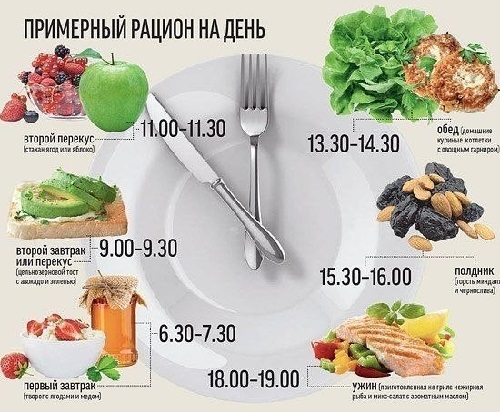 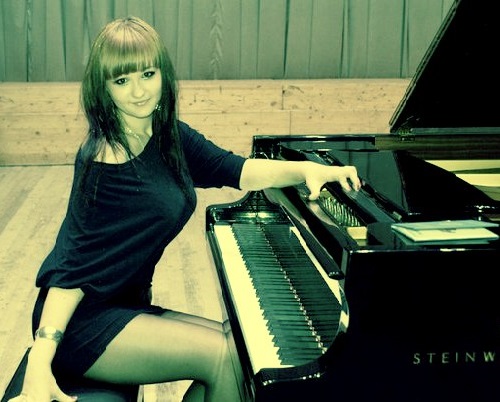 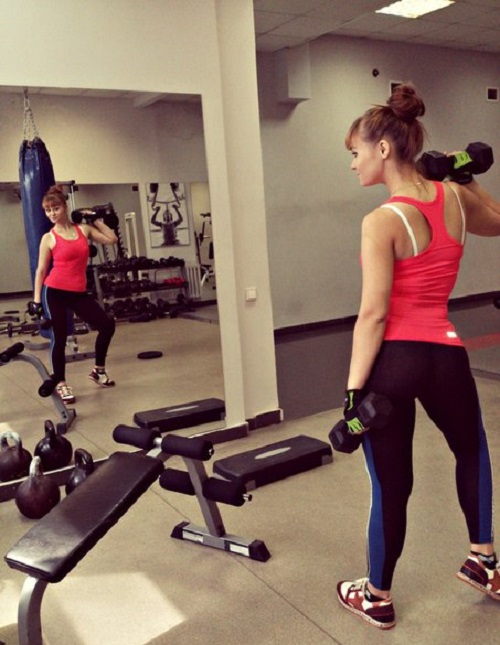 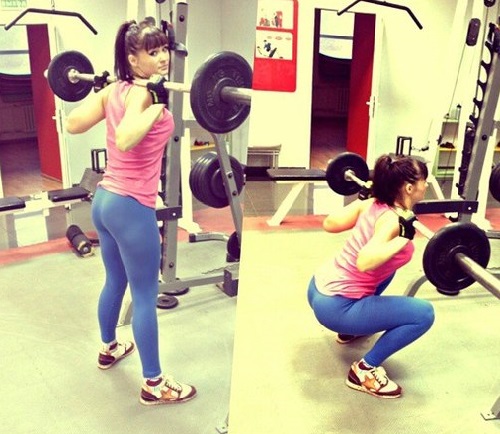 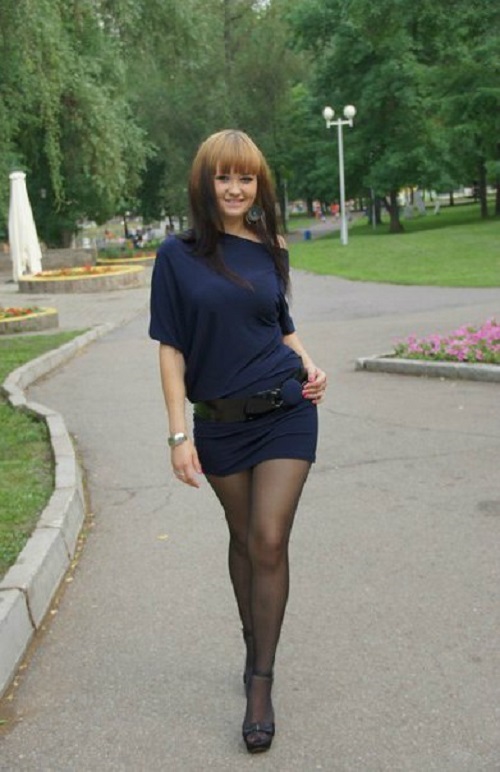 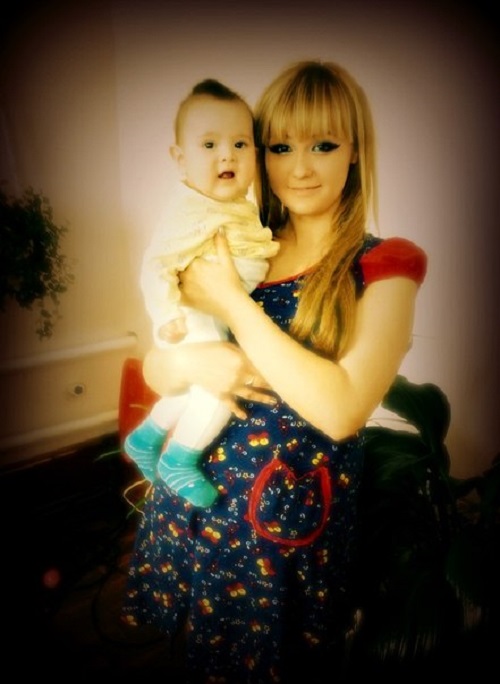 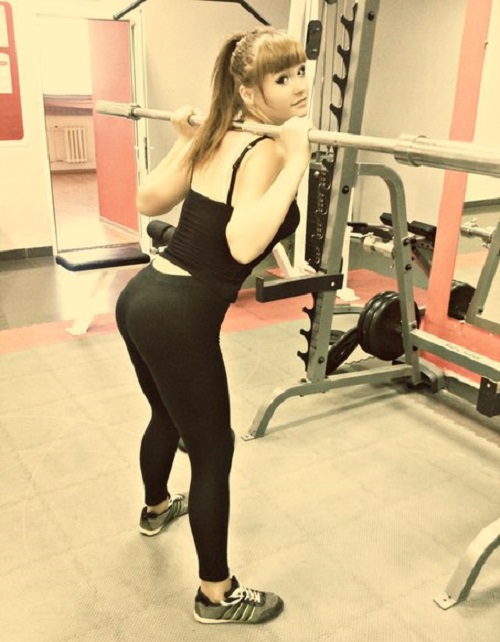 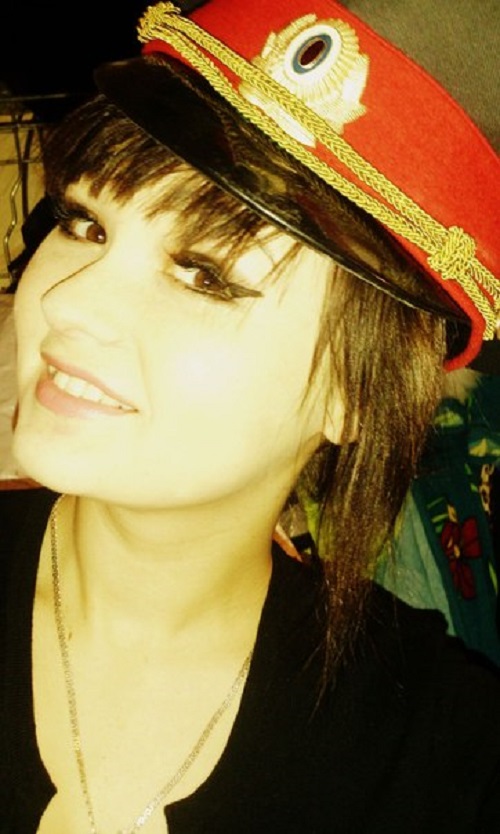 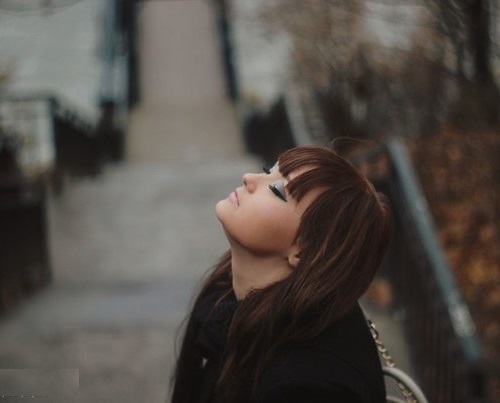 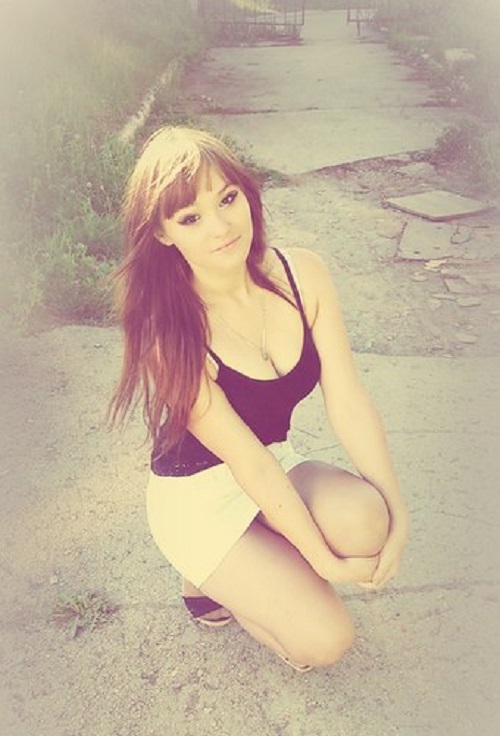 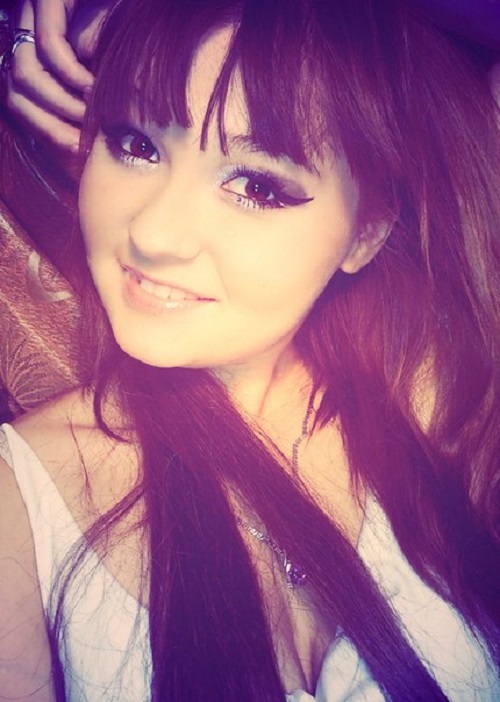