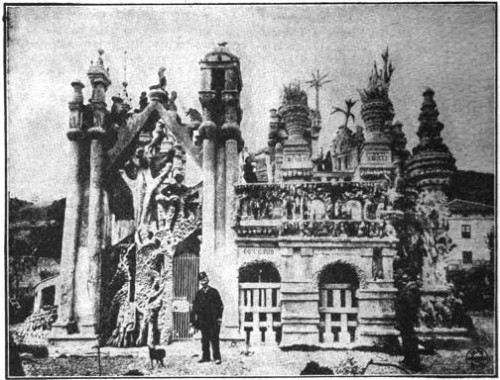 Ferdinand Cheval a postman who built Ideal Palace
In the mid 19th century Ferdinand Cheval had no idea how firmly he perpetuated his good name without anyone whatsoever assistance. And all because he confidently went to his goal – namely, building his dream palace , Ideal Palace. By the way, 19 century was rich in famous names: Jules Verne, Victor Hugo, Alexandre Dumas, Frederic Chopin, Emile Zola, and of course, Napoleon Bonaparte. Although Ferdinand Cheval can not compete in popularity with Napoleon, but his purposefulness is incomparable.
Born April 19, 1836 in the French town of Charmes-sur-l’Herbasse, the boy grew up without much interest in learning. So, at age 13 dropped out of school and became the baker assistant. 32-year-old Ferdinand and his wife moved to the hinterland – Hauterive city and became a rural mail carrier.
Ferdinand Cheval made ​​his daily way to 25 km, putting stones of unusual natural form in a wheelbarrow. Day or night, any weather, using the most unpretentious tools he embodied his dream – which transcends all imagination. Finally, having finished this titanic work he inscribed above the entrance: «Plus opiniatre que moi se mettre a l’oeuvre» («Let now the work will be done harder than I did it”). However, after the local authorities denied his request to be buried after his death in his palace, he turned 8 years of work on the family crypts and infinite silence. 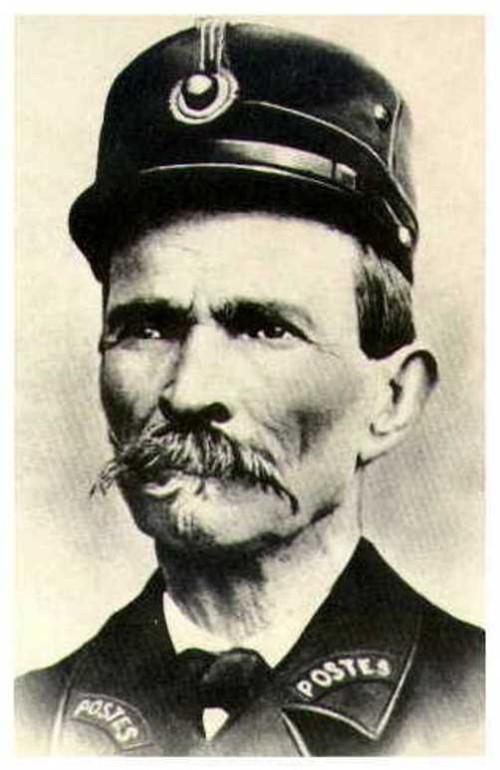 Ferdinand Cheval even worked at night, by the light of a kerosene lamp. Made of stones, wire and cement Palace reminded unimaginable mixture of all styles. Here everything is mixed with everything. All the walls of the palace were Ferdinand Cheval inscriptions – the sayings of Buddha and Christ. Inside there is a mosque and a temple of the Virgin Mary. Castle also has a lot of moves and exits. Outside the Perfect palace Chevalier decorated stairs, fountains and sculptures – like the Egyptian gods and Catholic saints.
The last years, when the ideal locking of Chevalier had become a popular destination for tourists, Ferdinand Cheval willingly showed and talked about his creation. Ferdinand Cheval died in 1924, aged 88. Only in 1969, the French Ministry of Culture announced the assignment of the Ideal Palace official status of a historical monument. Contributed to this decision the efforts of prominent figures of the world of culture, Pablo Picasso and Andre Breton.

Le Palais Ideal is a masterpiece of architecture, built by one person. In fact, French postman spent on the construction of his dream 33 years (1879 to 1912), 10 000 days, and 93,000 hours!
“It does not matter how old you are and what you want to achieve in life, if you dare, persistent and willing to work hard, then success will come to you.” Ferdinand Cheval.

Meanwhile, in 1992 Chris Marker made the film to Chevalier «Le Facteur sonne toujours cheval». Besides, there is a film of the Moscow Museum of Outsider Art “Ideal Palace of postman Chevalier” (2008).

Cheval wanted the Palace to be his last place to rest, but it was illegal in France, so he spent eight more years building a mausoleum for himself in the Hauterives cemetery. He died on 19 August 1924, a year after he had finished mausoleum, where he was buried. In 1986 Cheval was put on a French postage stamp. 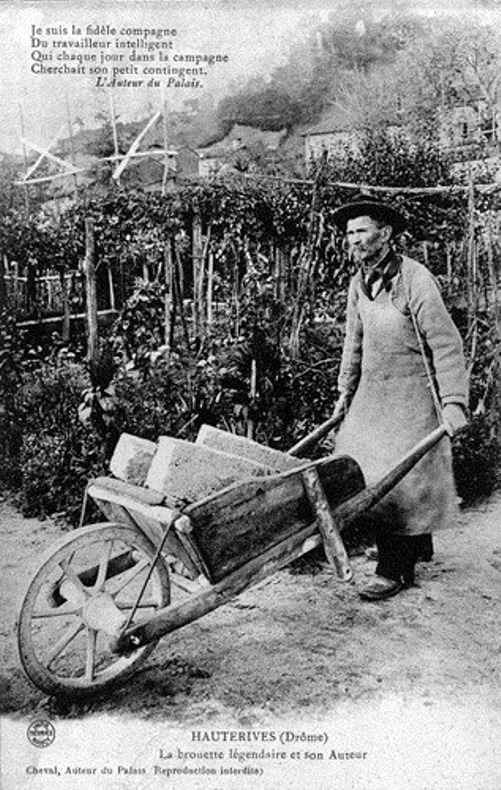 Cheval even worked at night, by the light of a kerosene lamp 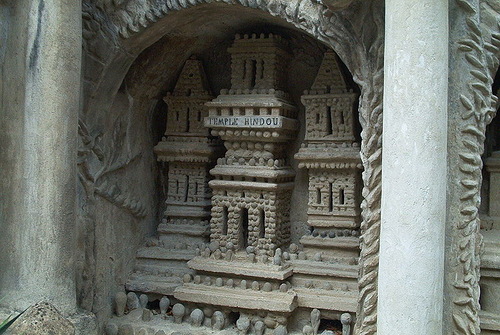 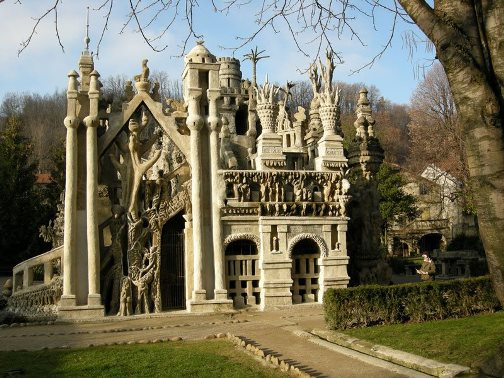 The Palace is a mix of Christianity and Hinduism motifs 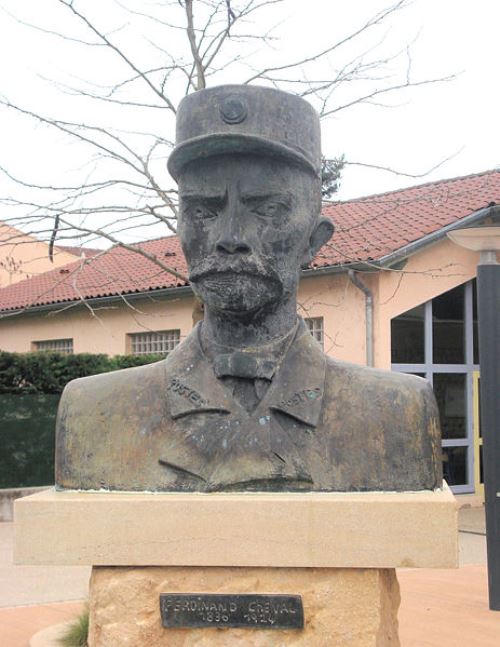 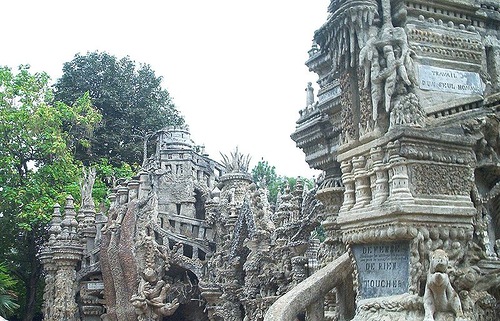 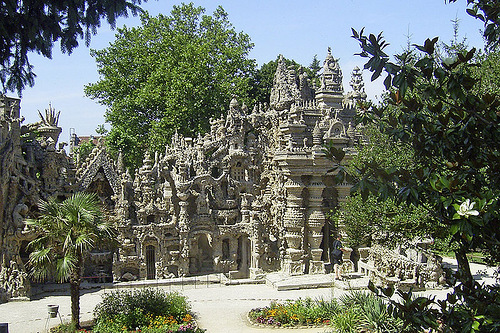 Masterpiece of architecture built by one man 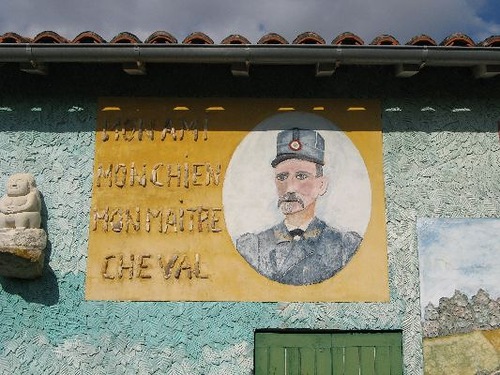 Plague with a portrait of Ferdinand Cheval 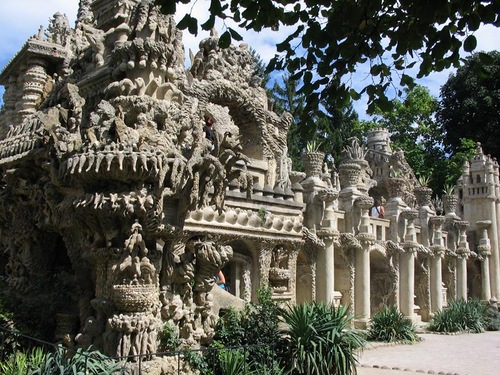 Fantastic work of a postman 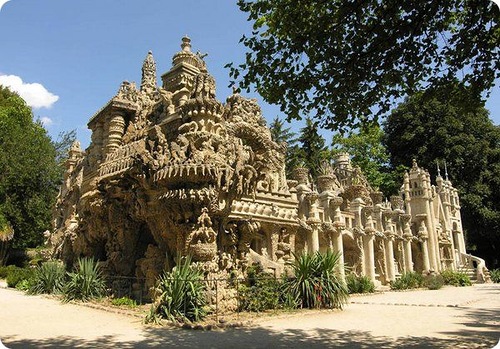 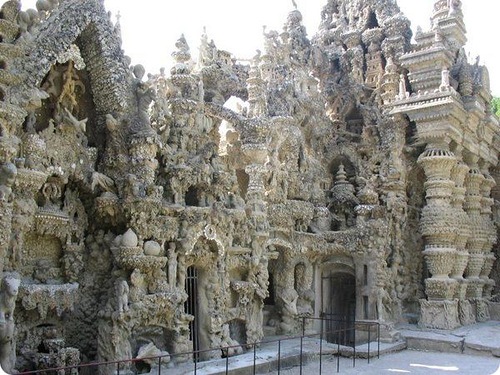 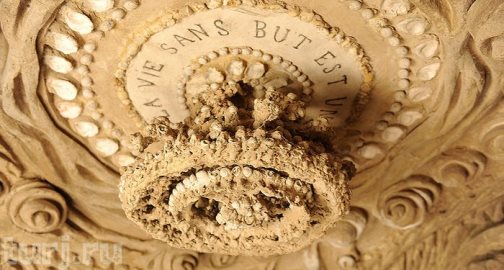 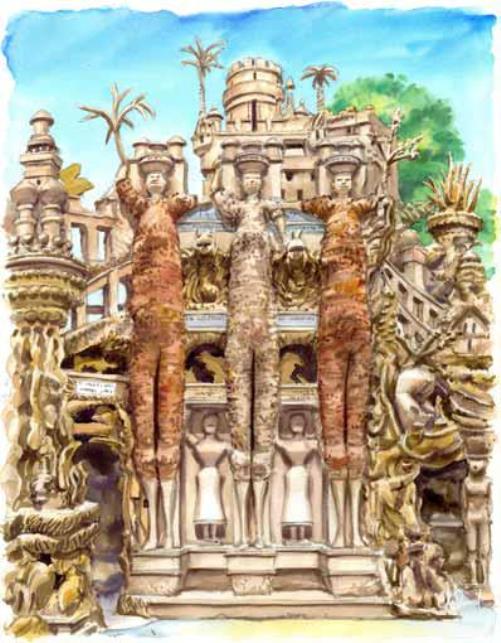 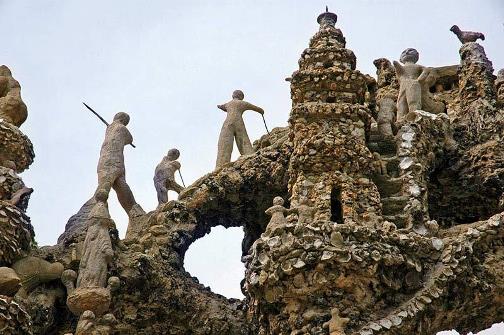 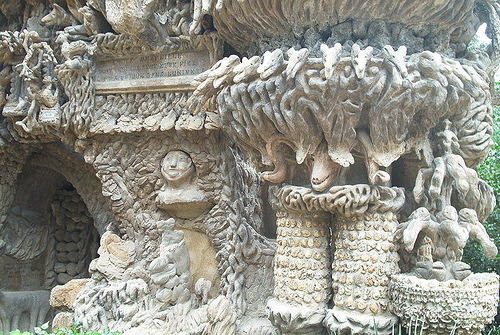 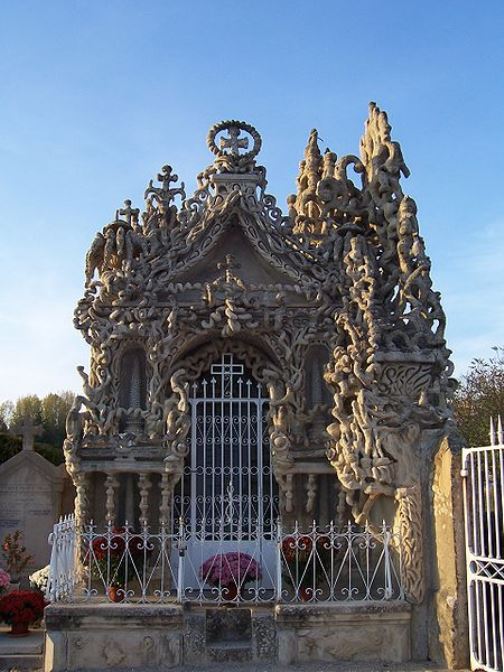 The tomb of Cheval