« The forgotten voice of gramophone
You can’t get too much winter in the winter. Robert Frost » 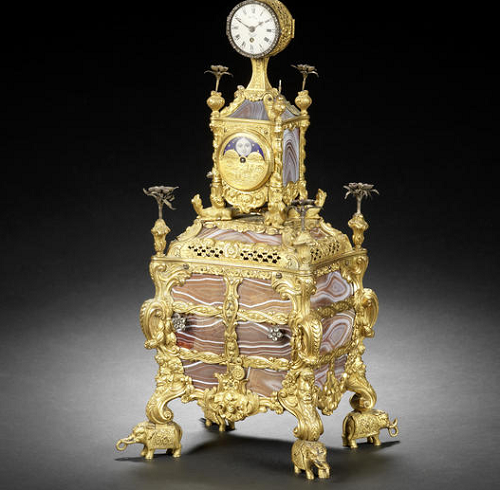 Fine Clocks by James Cox
These exceptional mid 18th century agate-paneled and silver-mounted musical ormolu table clock with moon-phase indication were sold for £385,250 on 12 Dec 2012 in London. British jeweler, goldsmith and entrepreneur James Cox (1723–1800) was famous for his mechanical clocks, including Cox’s timepiece (powered by atmospheric pressure) and the life-size Peacock automaton, which is in the State Hermitage Museum in Saint Petersburg, Russia. Cox was not only watchmaker and a mechanic, but also an inventor. He invented clocks with perpetual engine. Mercury served as the force, moving under the influence of the atmospheric pressure of the glass receptacle in a glass tube. And vessel and pipes were hung on chains and balanced by counterweights. According to Coke, when mercury under atmospheric pressure rose in the tube, the latter increased in weight, fell and the result was powerful strength for clocks. Their height was 7 feet. 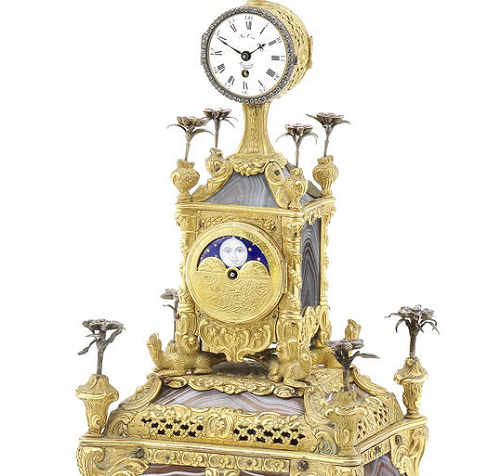 However, Cox himself was not a clock-maker by trade but a goldsmith and jeweler, producing many smaller articles in his own Shoe Lane workshop or through other craftsmen working to his designs. The most characteristic of these smaller pieces were necessaries, snuffboxes and caskets made of agate panels held in gold or gilt-metal cage-work. These luxury articles, which often incorporated musical movements and watches, were sometimes used as elements in his larger compositions 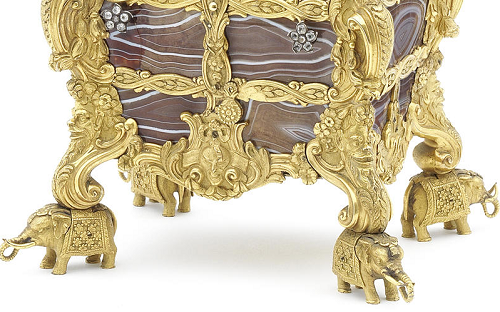 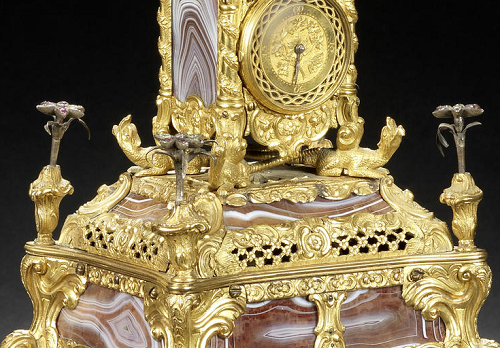 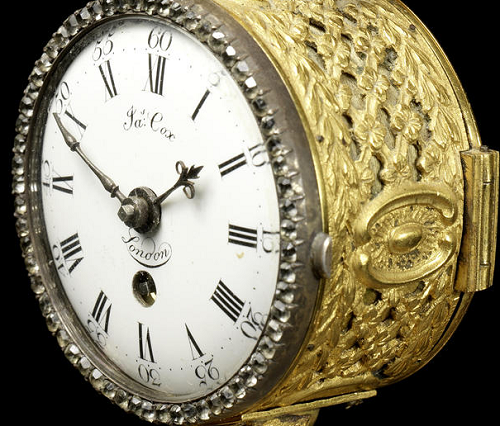 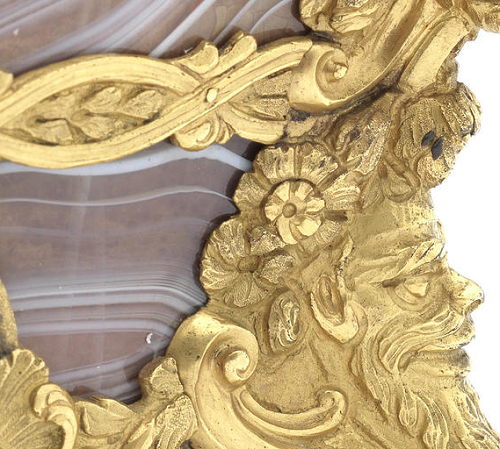 A face in the curves of decoration. Fine Clocks by James Cox (detail) 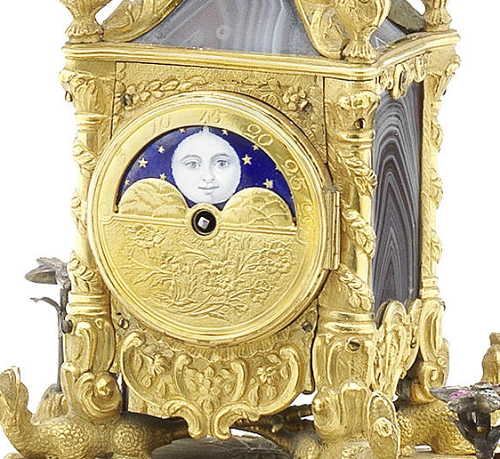 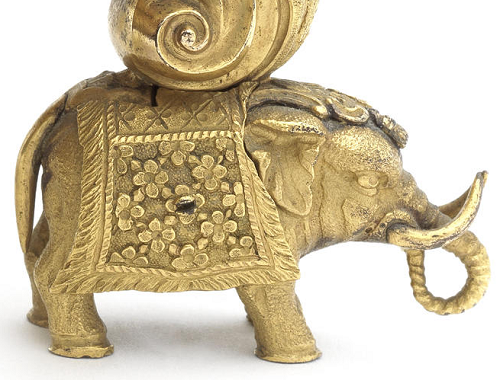 An elephant – detail of base 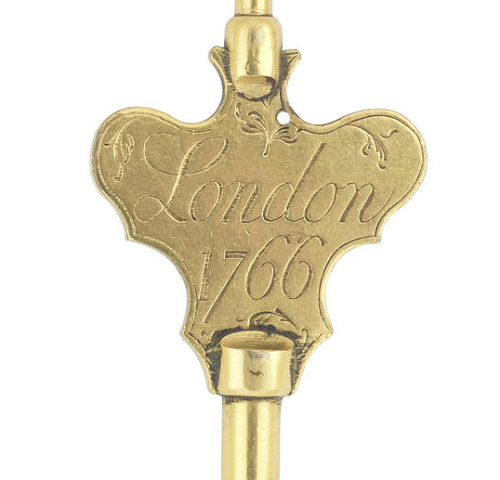 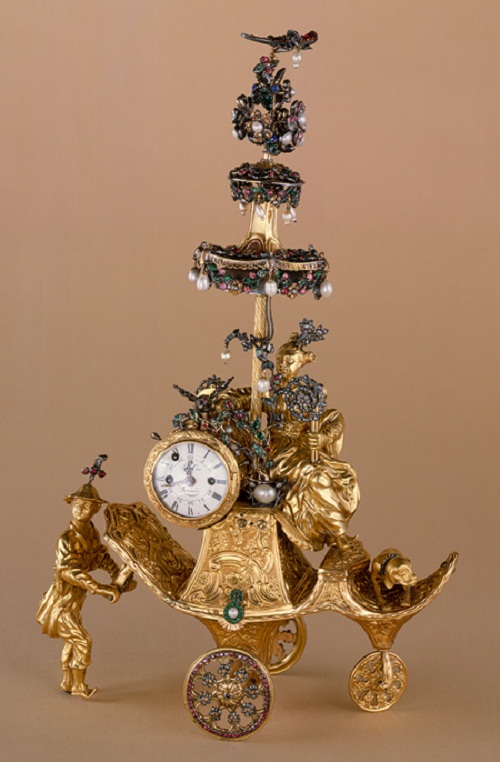 Automaton in the form of a chariot pushed by a Chinese attendant and set with a clock, 1766. Signed by James Cox. Case: gold, with diamonds and paste jewels set in silver; pearls; dial: white enamel; movement: brass, partly gilded, and steel; the balance wheel and cock of silver set with paste jewels 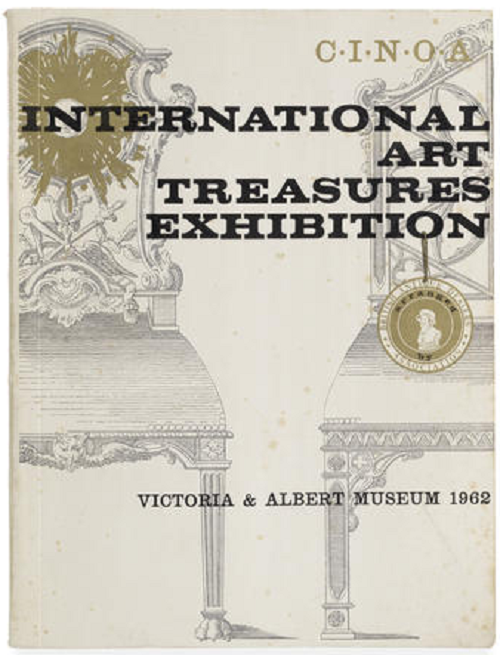 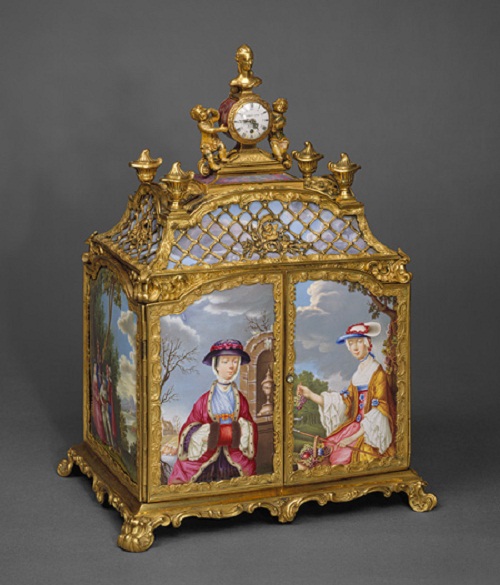 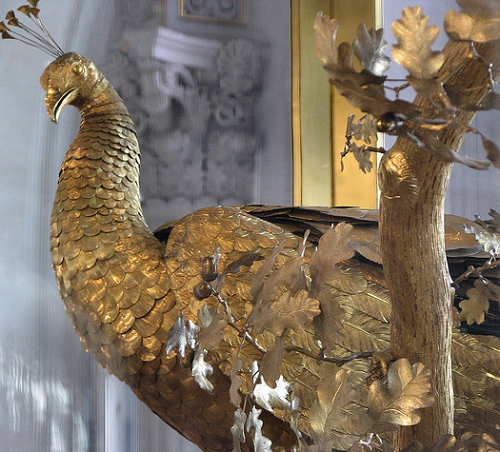