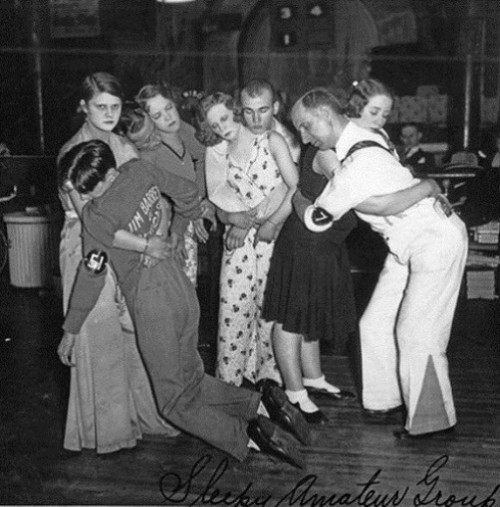 Exhausted by many hours of dance competition participants. Dance marathons in the United States

The first famous dance marathon in the United States was held in December 1909 in Butte, Montana. And more than 170 pairs attended it. However, a local sheriff stopped the dance marathon after 15 hours, when only three pairs continued to dance. In addition, he said that this dance is dangerous for their health. Meanwhile, the same mass insanity began in 1923, when one 32-year old American danced 27 hours without a break. Besides, he changed six partners and beat the previous British record. But his achievement attracted the attention of the public and inspired others, especially women. In America Dance marathons became widely held. People could come in pairs or singly and find a partner right at the site of the marathon. 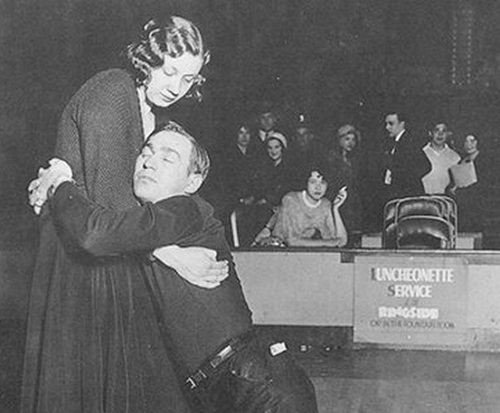 Brother and sister Frank and Marie Micholowsky from New York. Photo from the marathon in Chicago in 1931. The marathon lasted for 3327 hours

In the dance academy in Houston they were among the first who started taking money from the audience for tickets and pay prize to winners, setting a new record. After 1923, the organizers of entertainment realized the dance marathons can bring good money.

Meanwhile, each marathon had its own set of rules that defined the life of the competitors, and the rules affected dancing. In particular, sleeping, washing, bathing, and toileting. Also, rules often required that the partners were recorded at the marathon together, and if one of the partners stopped the marathon, then another member of the pair also dropped out of the marathon. In addition, the rules regulated rest periods of 15 minutes each hour, when they could sleep, change shoes, and a massage (for which the members paid themselves). These portions of the rest allowed marathon last days, weeks or even months.

First marathons never actually tested the ability of dance. Referee checked only that participants didn’t touch the floor with their knees, it was enough to be in a dance position and do some footwork. Also, to revive in general monotonous spectacle, and to attract audience the organizers often invited local celebrities, sometimes even organized boxing.

Organizers of marathons eagerly exploited the real drama and conflicts that were among the participants caused by their constant forced intimacy, by the controversial element, a strong depletion and stress. Information appeared in the yellow press.

During the Great Depression in the U.S. marathons reflect the general plight of America at the time. Pursuing a grueling and forced work, the participants had chances for fame and money, but the price was too high – the problems with health, including mental health, or even death.

By the way, Marathon winner received very little reward. Thus the longest marathon was in Chicago, from August 29, 1930 to April 1, 1931 – 5152 hours or 214 days, and a couple of the winners received a $ 2,000 (or each of them a thousand). Reported that such marathons, directly or indirectly caused the death of many of the participants. In some states, marathons were banned (in 1923) because of the participants death, the dance lasted 87 hours without a break.

“They Shoot Horses, Don’t They?” is a 1969 American drama film directed by Sydney Pollack. The screenplay by James Poe and Robert E. Thompson is based on the 1935 novel of the same name by Horace McCoy. It focuses on a disparate group of characters desperate to win a Depression-era dance marathon. 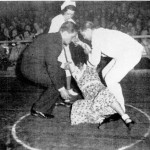 A woman fainted from exhaustion during the dance marathon 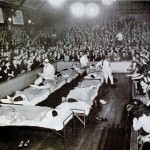 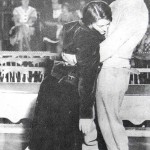 While the young man is still full of energy, his partner is not 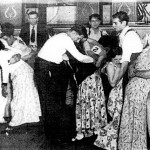 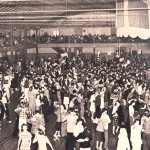 At the beginning of dance contest, crowds of pairs. Dance marathons 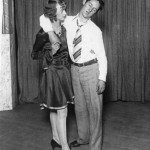 Seems like the man is already sleeping. Dance marathons 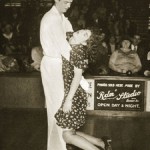 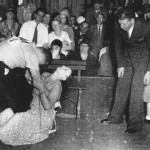 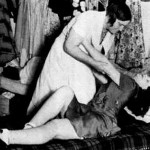 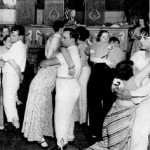 The cruel competition could end tragically for some of them. Dance marathon 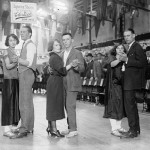 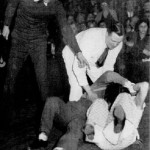 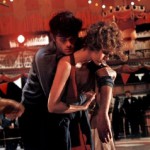 The American drama film ‘They Shoot Horses, Don’t They?’ 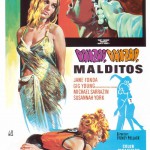 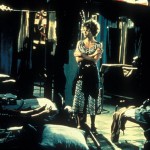 Scene from the movie They Shoot Horses, Don’t They 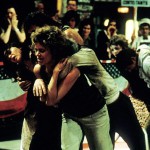 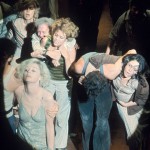 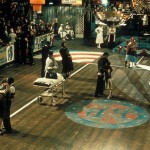 Featured in the film time of Great Depression. 1969. They Shoot Horses, Don’t They?