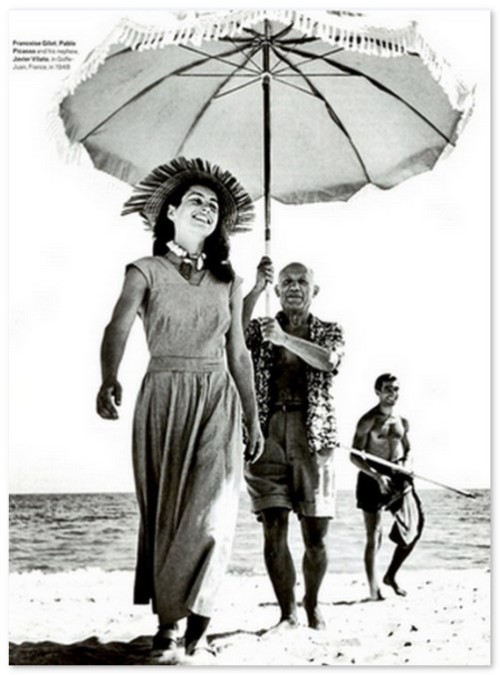 Francoise Gilot and Pablo Picasso.
Sixth woman who inspired Picasso, was Francoise Gilot. When they met, she was 21, he was – 62. Picasso’s relationships with Dora Maar were dead. And Francoise – young, beautiful, intelligent, independent and totally fascinated by the genius of Picasso. The young artist And Francoise was full of ambition and hoped that familiarity with Picasso will help her to become a real artist. Picasso was a chance for her to win another top, that’s how she had been taught by her father since childhood. She really was the only woman not destroyed by Picasso, because she was able to stand against him, even at the cost of escape. 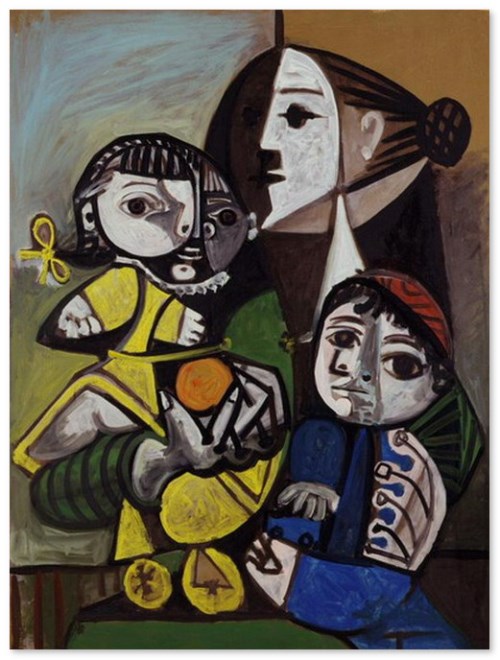 Mother and Child with Orange 1951

In the artist’s work, she became known as a woman who brought the joy and warmth of the hearth, the joy of motherhood. Picasso painted her portraits in the form of a flower or as a happy mother.

Francoise Gilot and Pablo Picasso first time lived in Paris, and then he takes her to the south, in the house where he lived with Dora Maar. Therefore, in the paintings of that period there are a lot of sea motifs. But, frankly, comparing to images of Marie-Therese – Walter Francoise pictures do not impress. Apparently, in Francoise Gilot was not so much femininity and tenderness, warmth and affection that came from Marie-Therese. 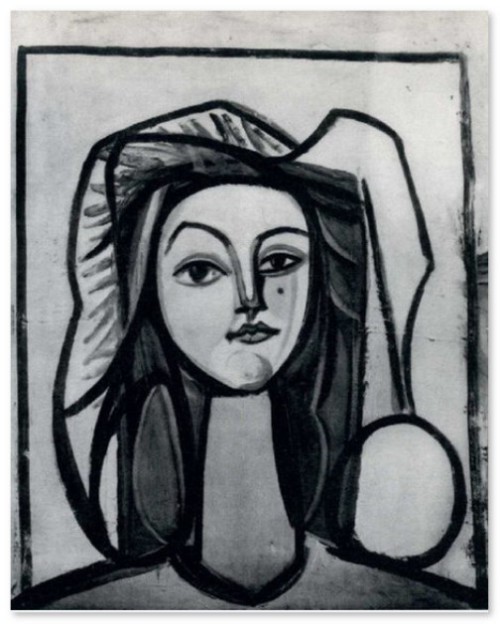 Francoise, realizing that she did not cope with Picasso, took her two children and ran away from him. She had to escape, finding him in bed with a former mistress Dora Maar. She knew also that Picasso met with Marie-Therese Walter, helped her, they corresponded, and he read her letters to Francoise. 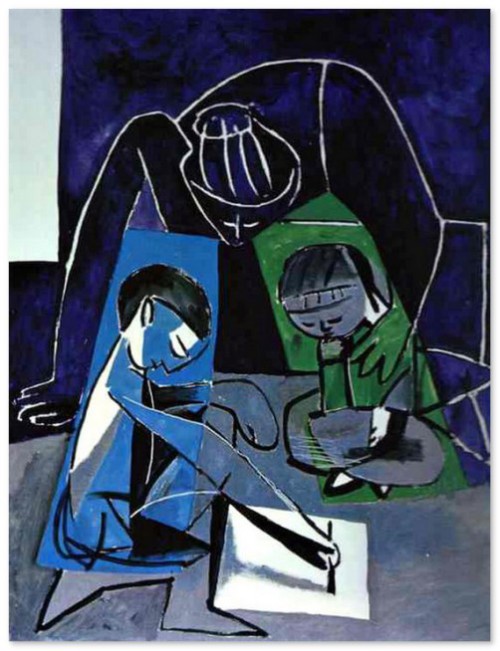 Picasso persuaded Francoise to stay with him, but she was impregnable. After she had left, he felt his age, inevitably approaching death and loneliness. Later, she would write a book about the life of Picasso, which showed Picasso the way he never wanted to look in the eyes of the public. 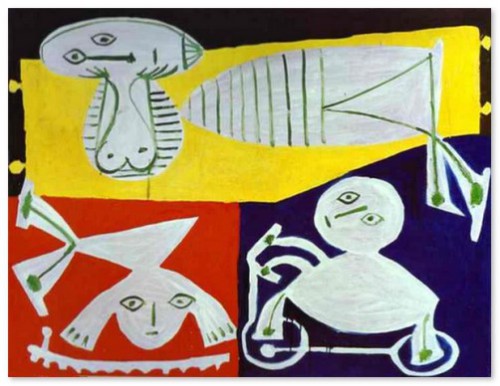 Francoise with her son Claude and daughter Paloma

The artist begged her not to publish the book while he was alive. When she disobeyed, he stopped communicating not only with her but also with her children. 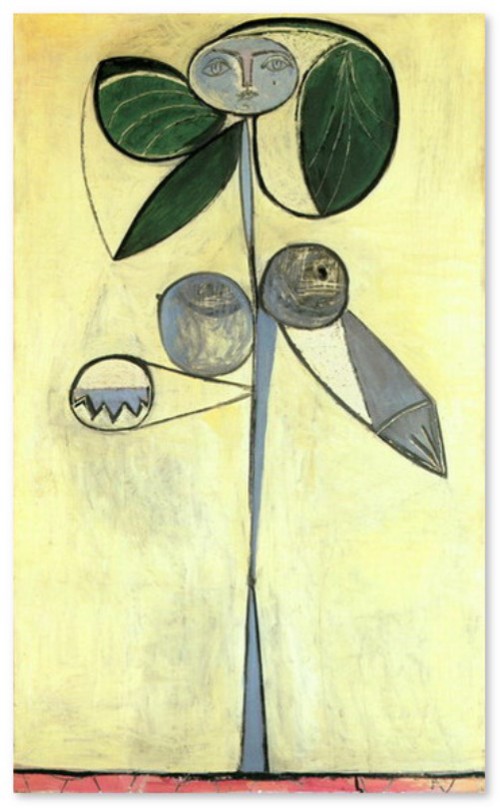 After retiring from Picasso Francoise studied at the Sorbonne, was married twice, became an artist, though not so successful as she would like to be. 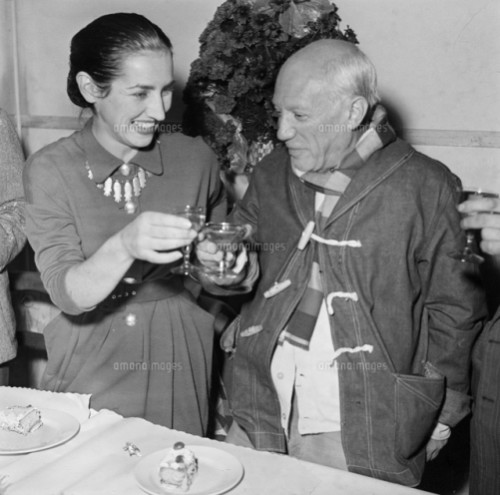 Pablo Picasso clinks glasses with his wife, Francoise, as they toast the artist’s 70th birthday during an intimate ceremony held at their home. The Picasso family, including two children, Claude, 5, and Paloma, 2, lives in the small Riviera town of Vallauris, in Southern France. 31 Oct 1951

Her children inherited the name Picasso and a huge part of the inheritance. Claude Picasso was the photographer, filmmaker, artist, graphic designer, Paloma Picasso – fashion designer and businesswoman. Francoise Gilot is still alive, on November 26 she will be 92. 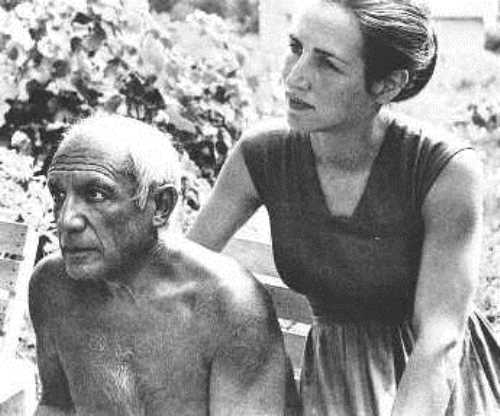 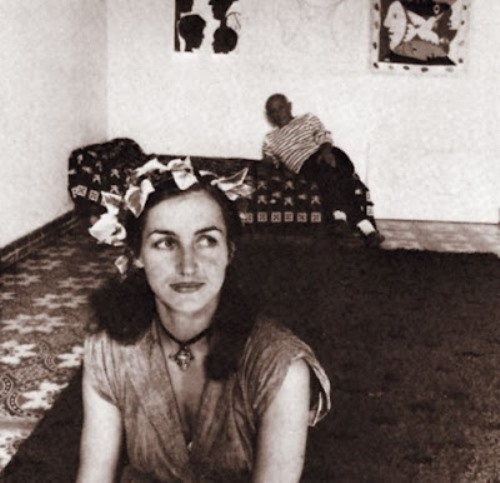