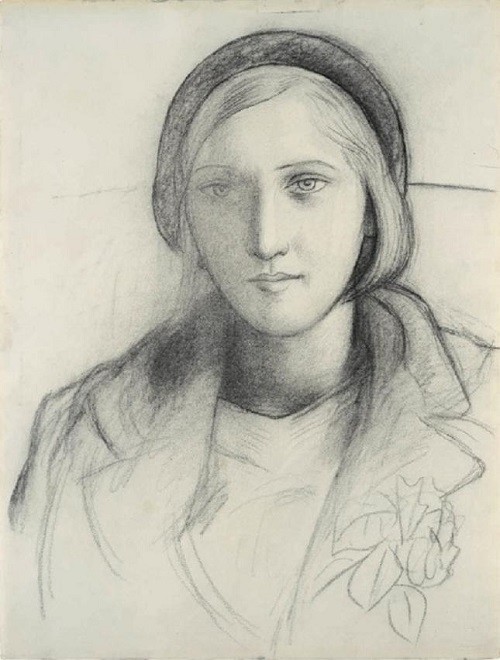 Marie-Therese Walter and Picasso.
Marie-Therese Walter was the fourth muse of Pablo Picasso, and their relations lasted for eight years. Picasso met beautiful 17-year-old Marie-Therese in 1927. He was 45, and he was still married to Russian ballerina Olga Khokhlova. The prudent and quite stiff artist’s wife felt that she tied her husband with “lasso of prosperous bourgeois life.” But Olga did not understand what exactly the artist needed, it was freedom, which Olga could not give him. French beauty Marie-Therese became the fourth woman that inspired the free and innovative artist. Period associated with Marie-Therese Walter, was a very special, both in style and in color, compared to the previously created paintings. Masterpieces of the period of Marie Walter, especially before the birth of the child, are the pinnacle of his career. The paintings were full of the energy of love, freedom, joy, and happiness. 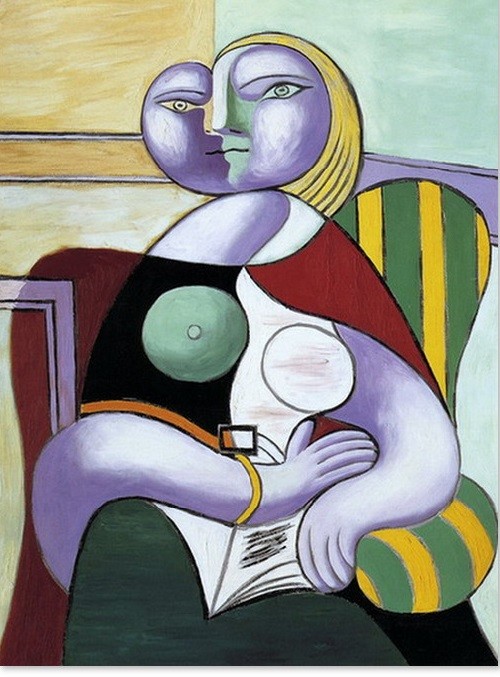 Soft, rounded shapes of the model, the freshness of the colors, pastel colors, as if floating in the air, the petals of flowers, fruits, tables, chairs, a figure of Maria Theresa – the exuberant affection, gentleness, love, and sweet-smelling youth.

Inspired by lightness, femininity, naturalness and simplicity of Marie-Therese, Picasso once again found a new style – surrealism. It allowed him to express the inner feeling and personal perception of the model, to peer into it. Subjective feeling has become an integral feature of the art of Picasso. The artist painted a masterpiece with the new model, enjoying secret from his wife, a new sense of love, inspiration and happiness.

Picasso had to hide their passion, because she has not yet reached the age of majority, for which he could be brought to trail, but also because he was married and did not want to publicize relationship with Marie-Therese. But the family scandals have become an everyday reality, for the last seven years of the 17 he had lived with Olga, they did not stop. Nothing could save the marriage, it was only the question of time.

Picasso bought the castle in Buazhelu in Normandy, which became a studio for the artist and home for Marie. A series of paintings with the sleeping Marie-Therese in 1932 is considered one of the most expensive at the moment. For example, the painting “Nude, Green Leaves and Bust” was sold in 2010 for $ 106 million, painting “The Dream” was sold even more expensive.

Series “Sleeping Marie-Therese” – a hymn to women, love and desire. Marie-Therese was shown as if she had fallen asleep under the mesmerizing sounds of the lullaby music and restful sleep of a sleeping goddess. The artist seems to dismember his model and re-assembles, but in his own way. He didn’t take Marie as a living woman, wife or mother, but as a toy, who is interesting to analyze and find out what was inside. Marie knew it, but accepted.

In 1935, Mary becomes pregnant with their daughter Maya. Now the artist draws portraits of mother and daughter together and separately, emphasizing the similarity of Marie-Therese and Maya. Here, Picasso began experimenting with sculpture. He makes a sculpture, “Head of a Woman” (Marie-Therese), which has become a symbol of this period. And one of its variants is set at the tomb of the artist.

The girl had hoped that Picasso would marry her. But when her hopes were dashed, she decided to come to the house of Picasso’s wife and showing her daughter, she said: “This is also a product of Picasso.” After that doubts regarding his mistress had left Olga. Olga with their son Paulo left Picasso for good.

Picasso took the break too hard. The inspiration left him, he ceased to paint. The artist broke up with Marie-Therese, blaming her in this tragedy.

After parting with the artist, Marie-Therese suffered greatly, waiting for him to come back. They corresponded, he helped her and Maya financially, but they were never together. When Picasso died four years later, Marie-Therese committed suicide by hanging herself in the garage. 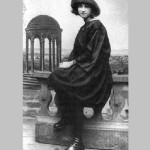 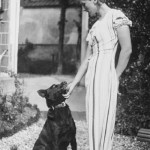 Marie-Therese Walter with a dog, 1928 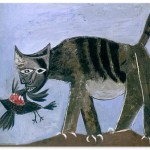 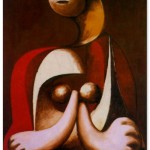 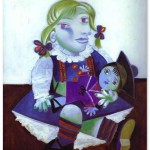 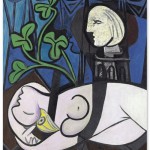 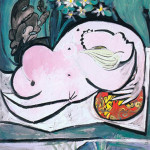 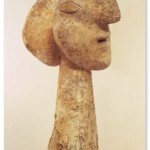 head of a Woman 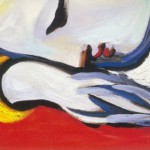 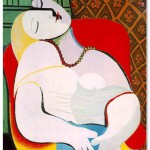 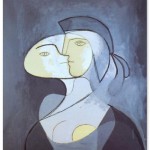 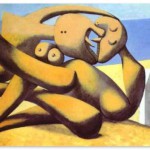