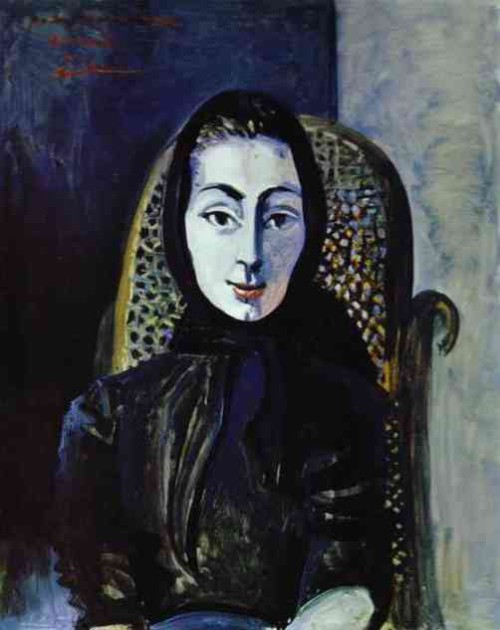 Last muse of Picasso Jacqueline Roque was the seventh muse of a great Spanish artist. Jacqueline Roque (February 24, 1927 – October 15, 1986) became the second wife of Pablo Picasso. For 11 years of their marriage he created more than 400 portraits of her. Pablo Picasso and Jacqueline Roque met the year Francoise had left Picasso. Jacqueline actually saved him from loneliness and old age. When they first met, she was 26, he was – over 70. She was a young divorced woman with a young daughter Catherine. 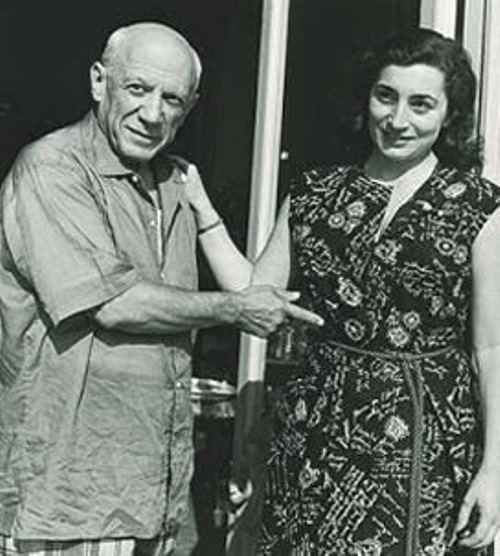 At first they lived in Cannes, then the artist bought for Jacqueline a castle in a small village with a few hundred inhabitants. Quiet and very comfortable place to work. Later, when his health began to demand doctors, they settled in Mougins. 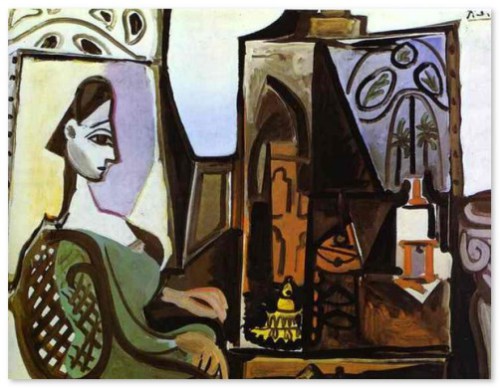 Jacqueline in the Studio 1956

In 1955 Picasso’s first wife Olga Khokhlova died, and he was free to marry. Jacqueline Roque and Pablo Picasso married in Vallauris on 2 March 1961. For Jacqueline, Picasso was everything: the master, husband, child, whom she never tired to care of. 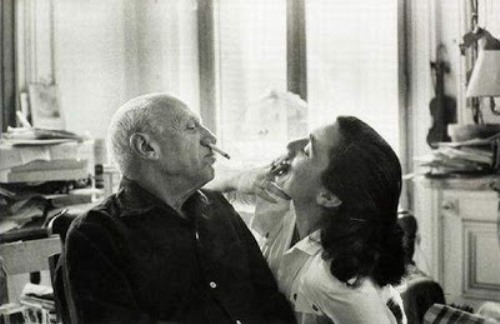 Happy together, Picasso and Jacqueline Roque

For twelve years Jacqueline was the only model of Picasso. In his old age, when the artist did not see or hear anything, she replaced him all: a mother, a friend, a model lover. 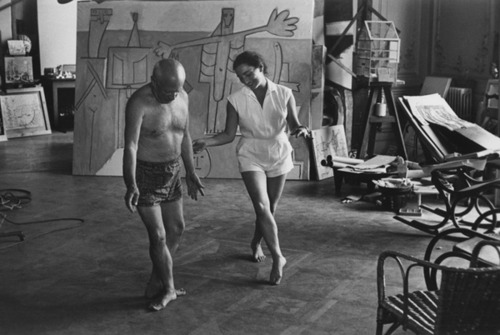 Jacqueline inspired the master, and Picasso continued to work with her till the end. He painted her portraits more than the other women. In the portraits of Jacqueline she is painted with large intelligent eyes, the eyes of understanding wise woman.

But all her life Jacqueline was jealous to Francoise Gilot, and even when the artist died, she did not let Francoise Gilot’s children come to the funeral of their father Pablo Picasso. Picasso died in 1973, leaving their children and relatives 260 million dollars.

When Picasso died, she could not live without him: in 1986 (after 13 years of Picasso’s death) Jacqueline shot herself. 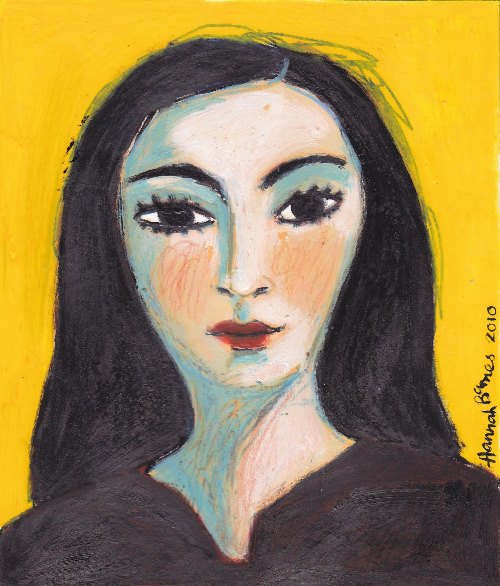 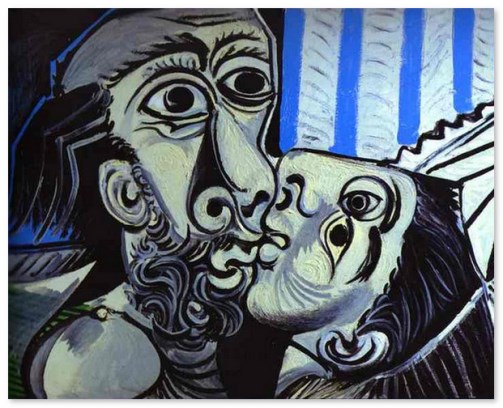 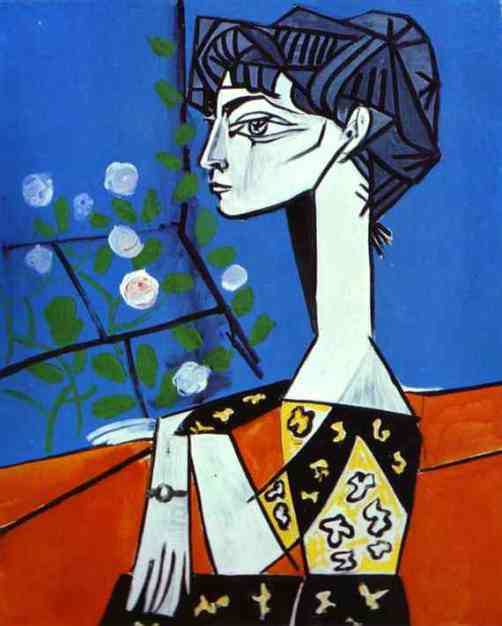 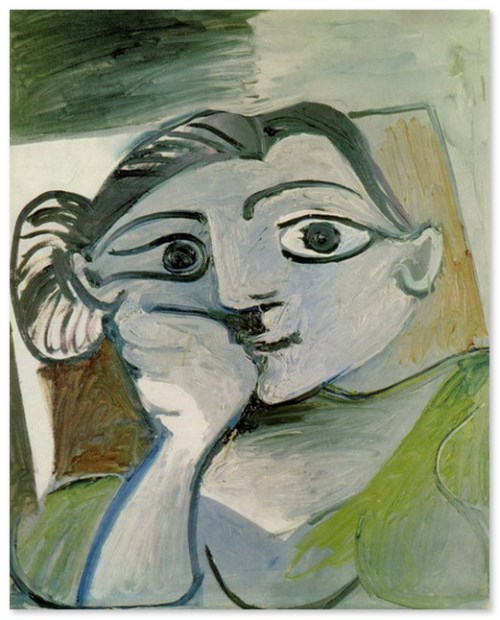 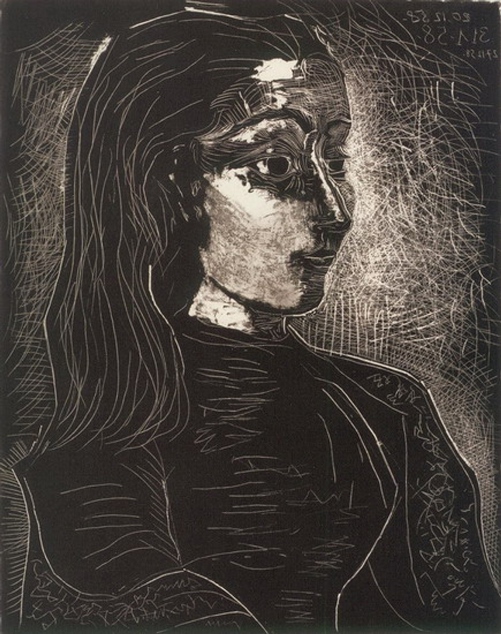 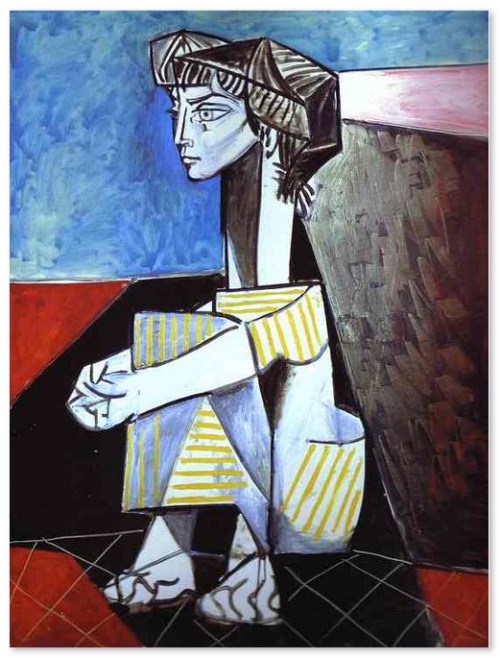 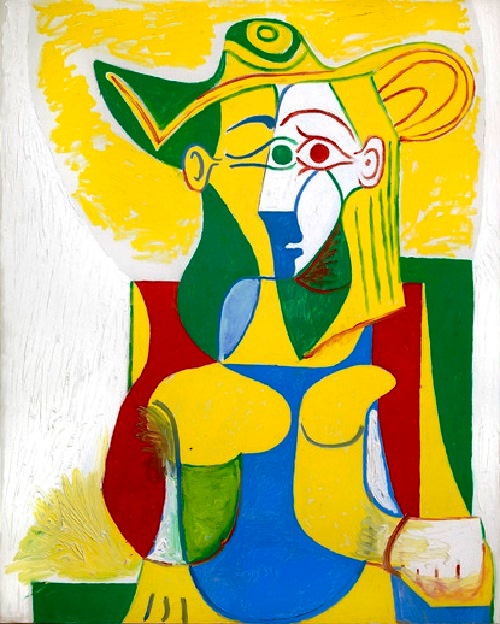 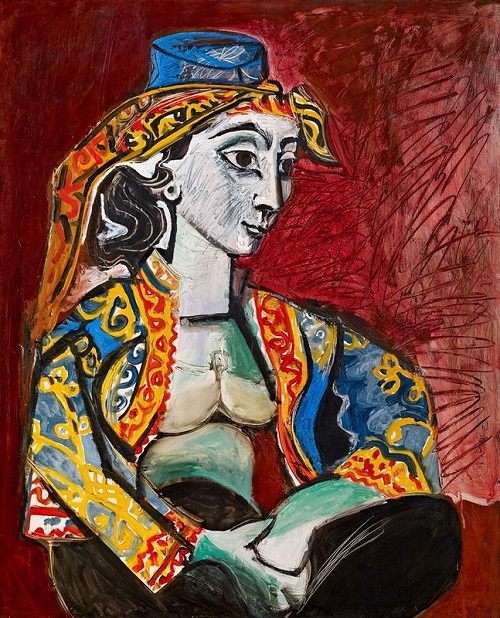