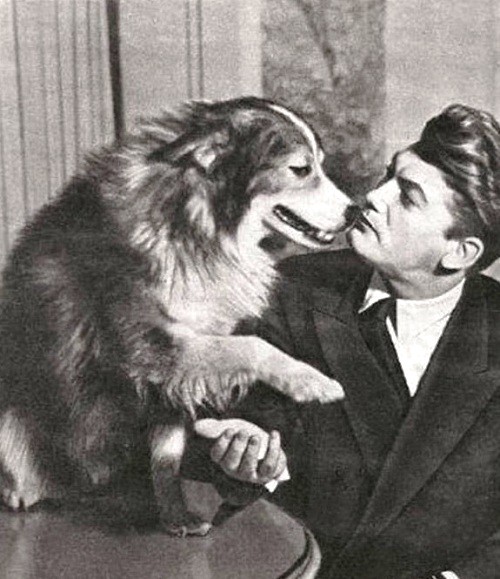 The famous French actor Jean Marais was adored by millions of women around the world, and he adored dogs. The most famous of his dog became Muluc, ordinary mongrel, which he picked up during the Second World War. The dog was tied to a tree and looked worried and even aggressive, but that did not stop Marais. He untied the poor fellow, and since then the touching friendship of the great actor and the dog has begun. As it turned out later, the dog lived in the town of Compiegne, where it was called Lulu. Marais began to call him – Mulu or Muluc. Four-legged friend was extremely intelligent and teachable, and more than once helped his master get out of difficult situations. 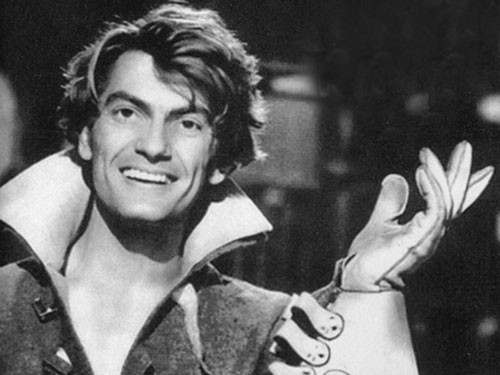 Once Jean Marais, being a volunteer of the French Resistance, was riding a bike in the German-occupied Paris. The dog ran alongside. Ahead loomed German police, who ransacked everyone. Then the actor had long hair for a role in “Andromache” and a bright blue suit. Muluc jumped on his shoulders and lay around the neck like a collar. Jean Marais had crouched most stupid and passive facial expression, to give the image as much as possible and innocuous kind of stupid. It was enough that the German police did not communicate with him and passed without a search.

The dog’s health deteriorated on the day of death of the famous boxer Marcel Cerdan. He began coughing, wheezing like a strained. Frustrated and upset Marais called the vet and made an appointment. He was ashamed of his tears, though did not hide them. The vet examined the dog and diagnosed: cardiac asthma – a long and severe illness. 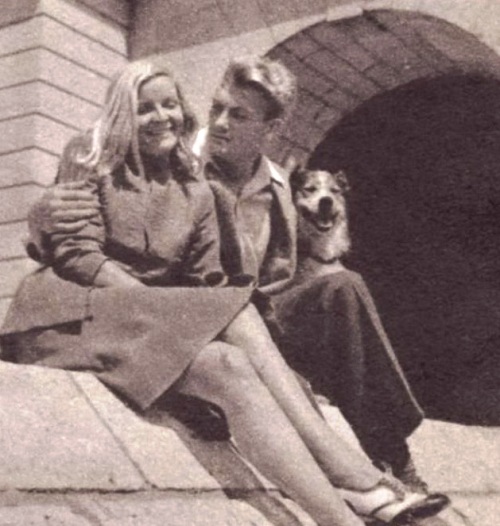 The actor with his faithful dog Muluk

The next two years Jean Marais carried Muluk with him, always and everywhere, and a first aid kit with a syringe, camphor, cotton and ether. The dog often happened to faint. Marais had to bring him to his senses. When Muluc was completely exhausted, Marais thought about buying a baby stroller, in which he could carry the dog for a walk. 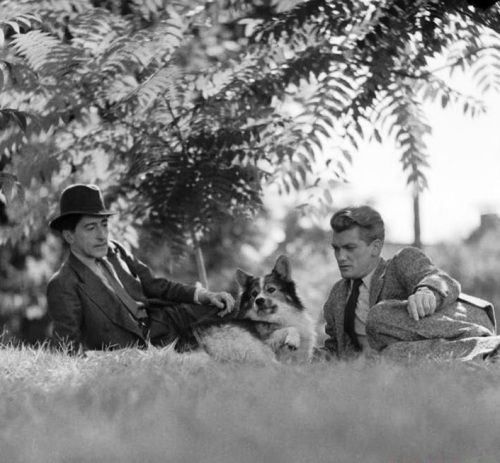 But ubiquitous reporters would not miss this chance and trumpeted around the world about the strangeness of Marais. Then the actor bought a small plot of land in Marne-la-Koket, hired builders and landscapers. Unfortunately, Muluc was not able to live in the new house. He died before the construction had been finished. As do many dogs and cats, Muluc went out and died there, outside the walls.

Needless to say how Jean Marais grieved over the death of the faithful dog. Only the closest knew about it, with the rest he did not speak on the subject for at least a year.

Jean Marais, real name Jean Alfred Villain-Marais, was born on December 11, 1913 in Cherbourg (France). Jean was the son of a veterinarian, but almost did not remember his father: parents divorced when he was 5 years old, and the further education of Jean and his older brother fell on the shoulders of mothers, grandmothers and aunts. Jean remained true to his childhood dreams and affection. He was emotional, and very sensitive child. Aged 4, he first came to the cinema, dreams of becoming an actor never left him. 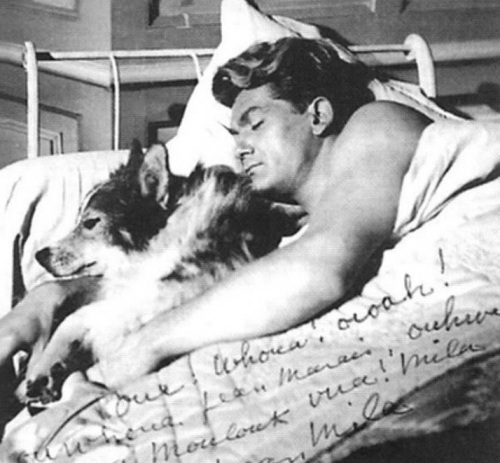 At the age of 15, Jean left school and got a job in the workshop, at the “Pate” factory, on golf fields, soon became an apprentice photographer. Parallel to castings sent out his photos to all the studios, hoping for a small role.

Life of Jean Marais was a long and very fruitful, he starred in the movies, played in the theater, painted, sculpted and even sang. He was interested in everything new, unknown. In his later years he became interested in sculpture, in the future was going to work with the stone. He wanted to catch a lot in life, achieve a lot. He radiated peace and goodwill. Jean Marais never complained about the vicissitudes of life, quietly and with dignity, accepting and experiencing all that gave or took away his life. Until the last years of his life Jean Marais played in the theater and acted in films. 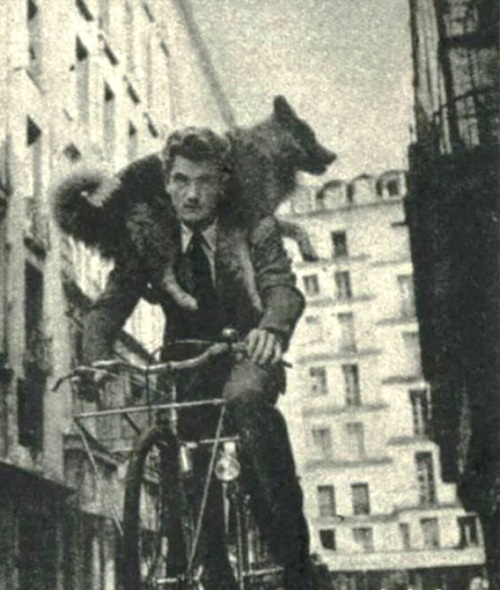 Jean Marais was called a man of a thousand talents. He was a great actor, stuntman, painter, decorator, designer, potter, sculptor and writer. And this is not a complete list. Nature gave him a beautiful appearance, physical strength, generosity of soul, determination. He was a visionary and a loyal, humble and self-critical, trusting and naive. About him wrote: “The soul of a lost child in the body of an athlete.” Jean Marais denied: “For I am the actor, and actors until old age are children.” 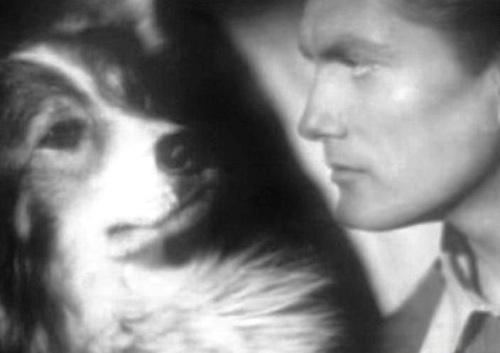 With his faithful dog Muluk 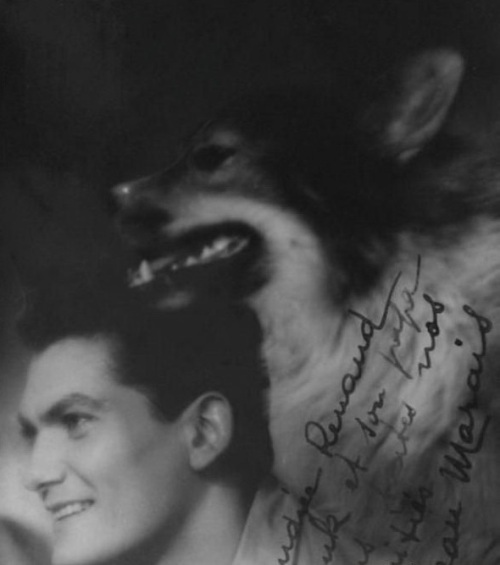 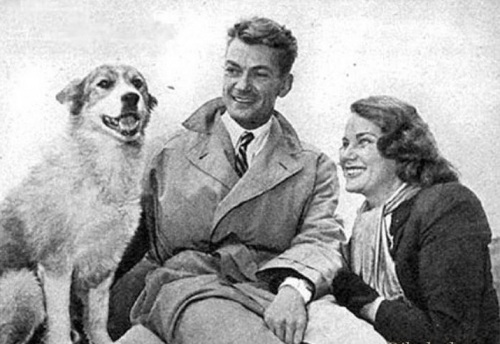 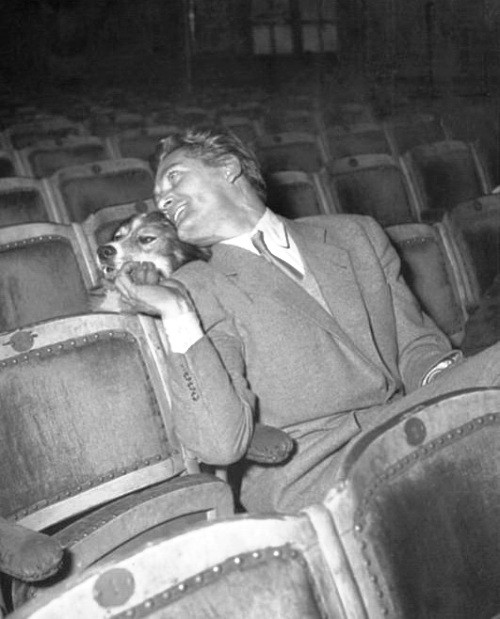 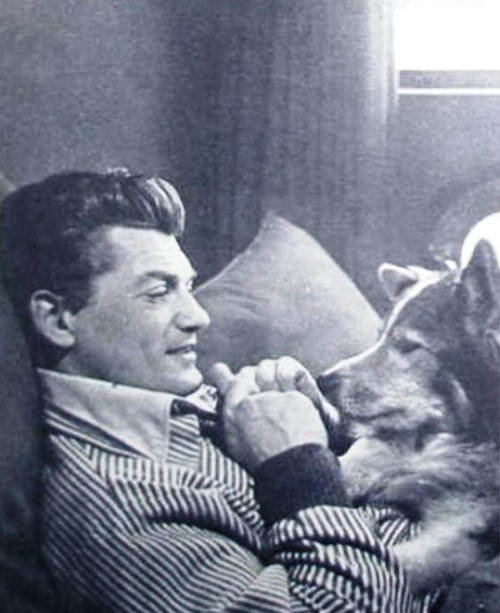 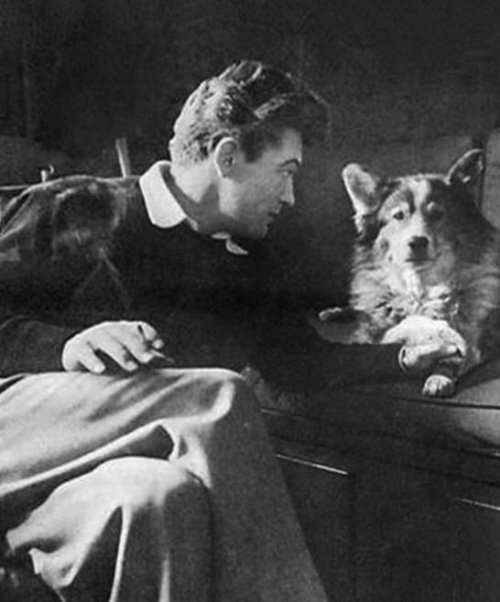 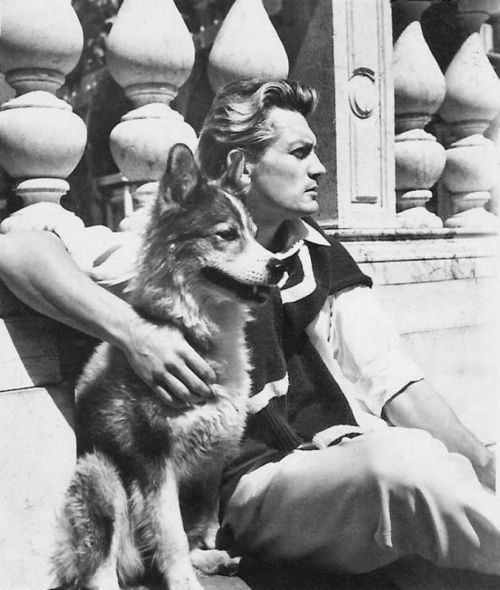 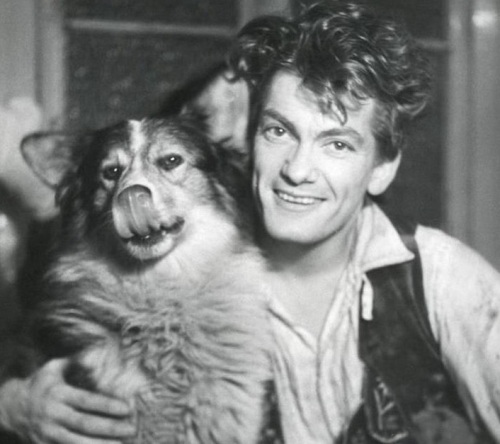 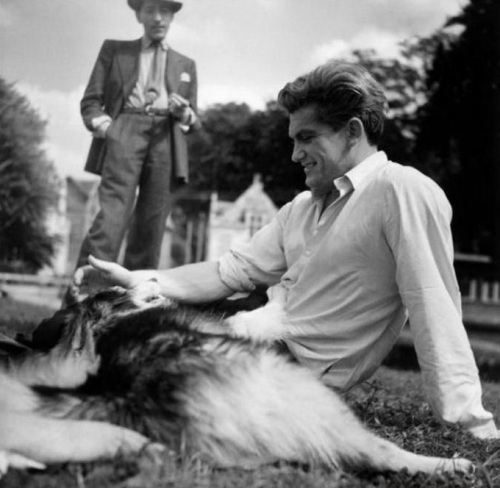 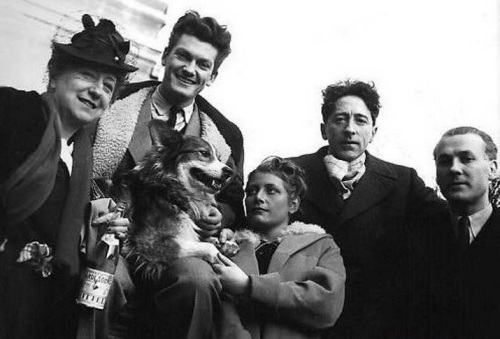 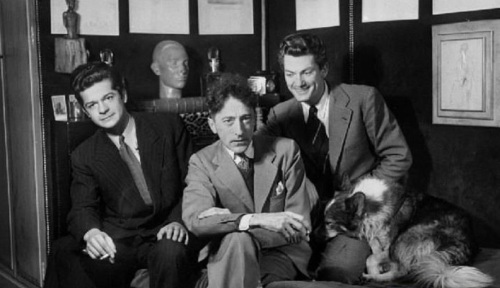 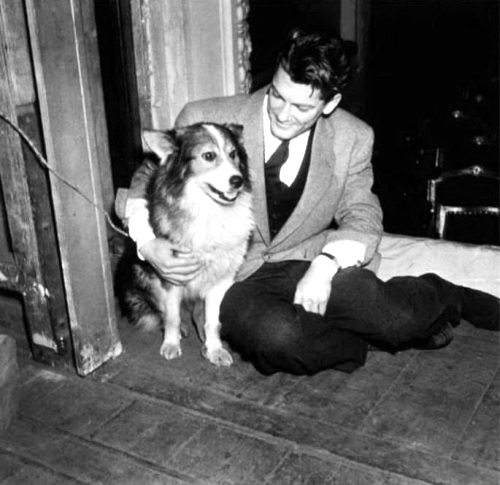 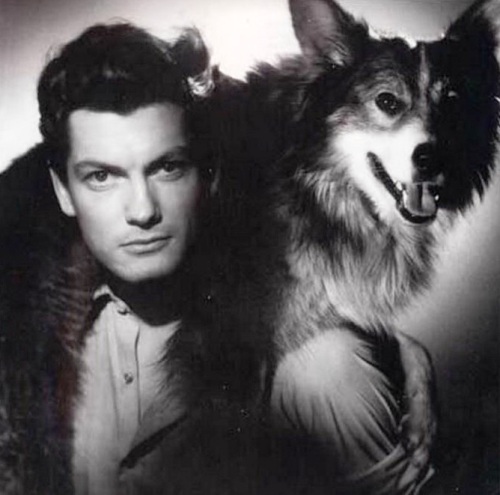 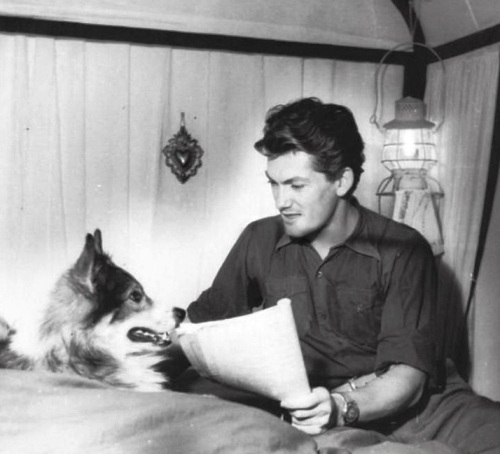 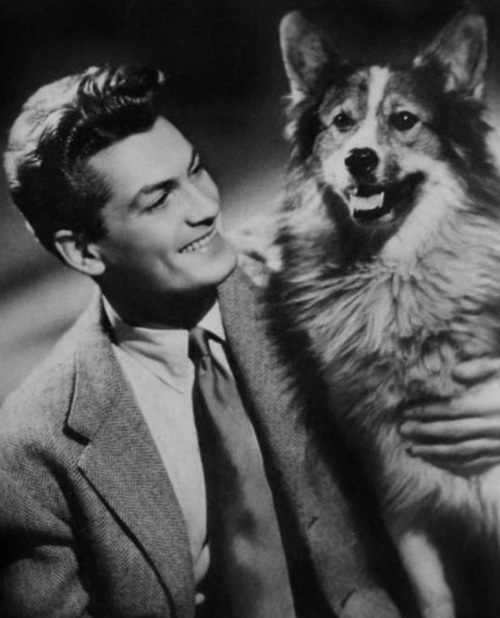 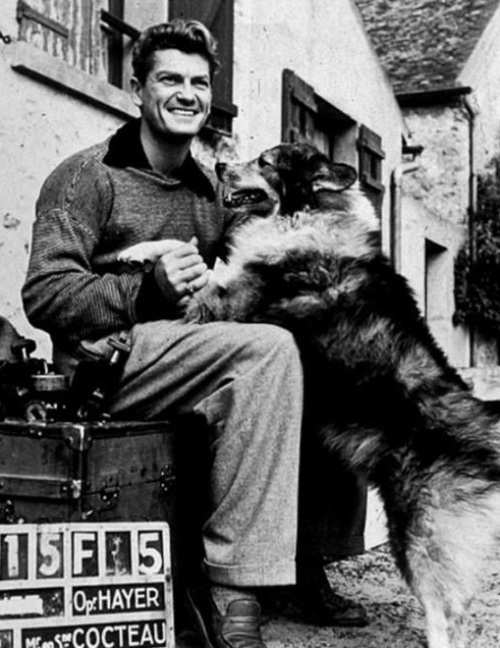 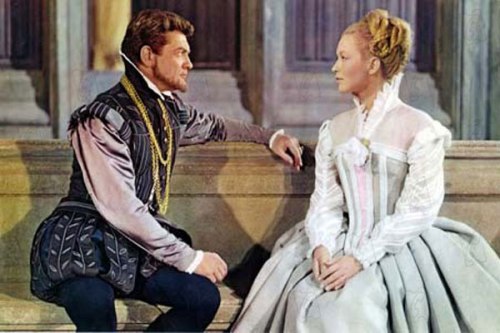 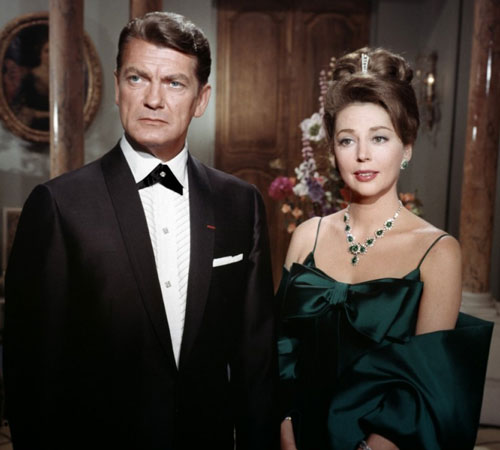 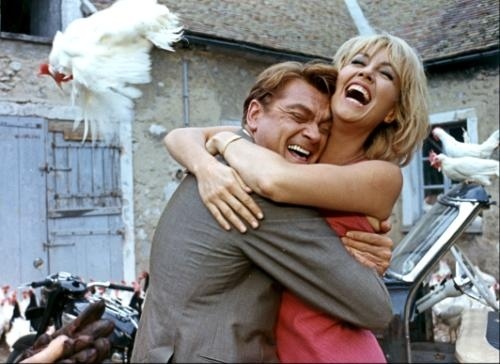 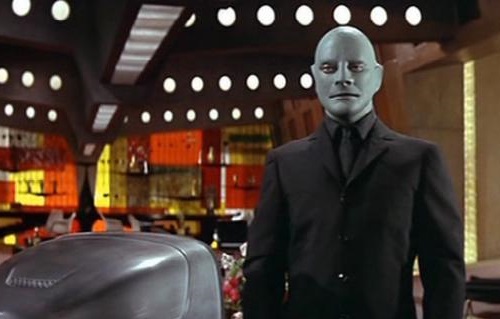 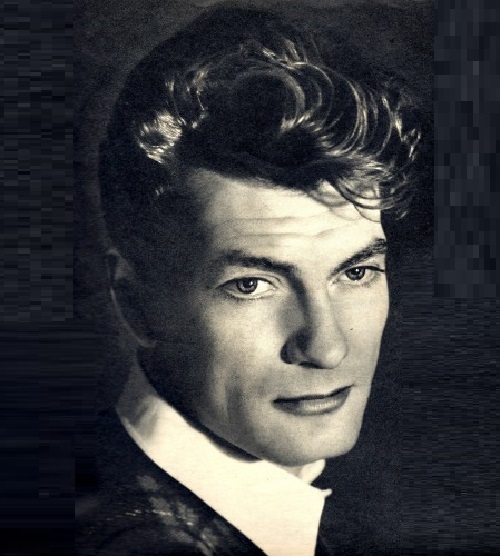