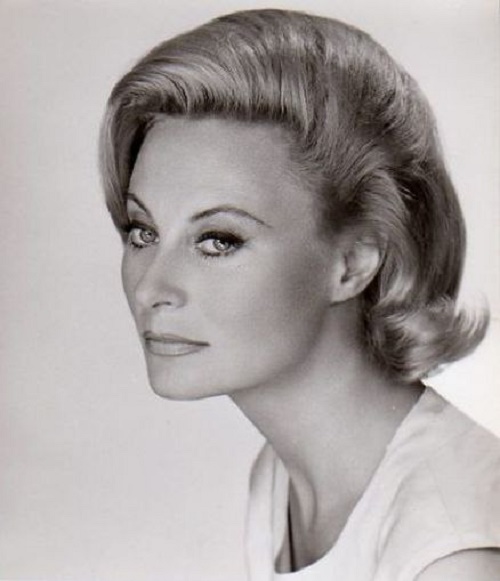 20 December, 2016 a legendary French actress Michele Morgan died at the age of 96 years. Once called the owner of “the most beautiful eyes” in the history of cinema. According to Le Figaro, French actress Michele Morgan became best known for the film “Port of Shadows” by Marcel Carné. “On the 97th year of life, the most beautiful eyes of cinema forever closed this morning, on Tuesday, 20 of December”, – said the relatives of the actress. Also, Michelle Morgan was an abstract artist, and loved to paint. After the death of her husband and son (10 years ago) she rarely appeared in public. She had 6 grandchildren who love her.
One interesting fact: the magnificent rose ‘Michele Morgan’ was named in honor of the great French actress and a woman of rare beauty. 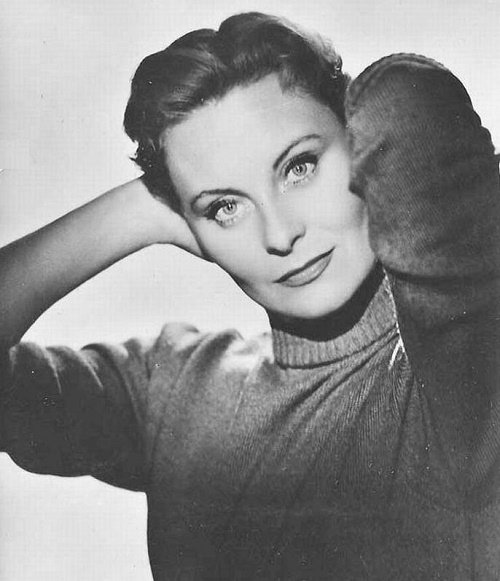 May 18, 1938, the cinematic Paris, who attended the premiere of Marcel Carne’s film “The Embankment of Mists”, gave a stormy ovation to its creators. Eighteen-year-old singer of the main female role since this evening has become one of the most famous film actresses in France. Soon the whole world learned and fell in love with her under the name Michel Morgan. 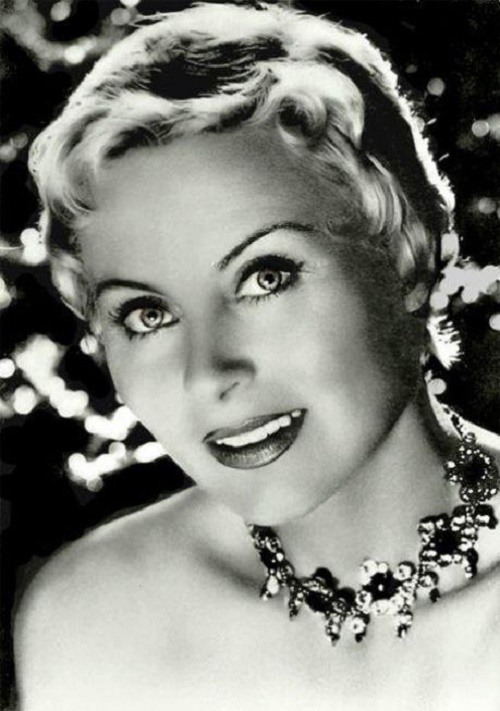 A native of Neuilly-sur-Seine, Simone Renee Roussel took this pseudonym when she was only fifteen. She graduated early from drama classes and already in 1935 began to appear on the screen. Success did not keep itself waiting. After several appearances as a statistician (“Mademoiselle Mozart”, “Paris Life”, “Mayerling”), the young debutante got a role in the movie “Baby”, and then in two more pictures: “Daughter for the Father”, “My Aunts and I” . She was noticed. In a thin, half-childish figure of an aspiring actress, in a gentle face with huge transparent eyes there was some special, fragile charm. 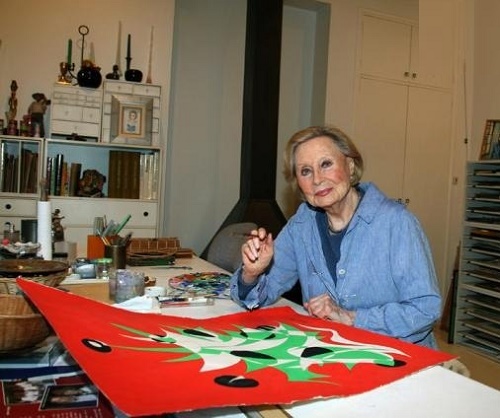 Also, Michelle Morgan was an abstract artist, and loved to paint

Brilliantly started the career of a young artist was interrupted by the war. After the triumph of the Quay of the Mists, Michel Morgan managed to appear in several other films. Noteworthy, two of them – Fader’s “Law of the North” and Gremion’s “Tugboats” entered as a classic in the history of French cinema.

Then, along with many actors and directors, she left the occupied Paris for the United States of America. Hollywood met the French “star” hospitably: she already had a world name. And yet she did not feel well there.

“I lived comfortably, in a pleasant environment,” the artist says. “But it seemed to me that I was doing something useless.” I starred in bad films, played bad roles. I had only one desire – to return to France. ” 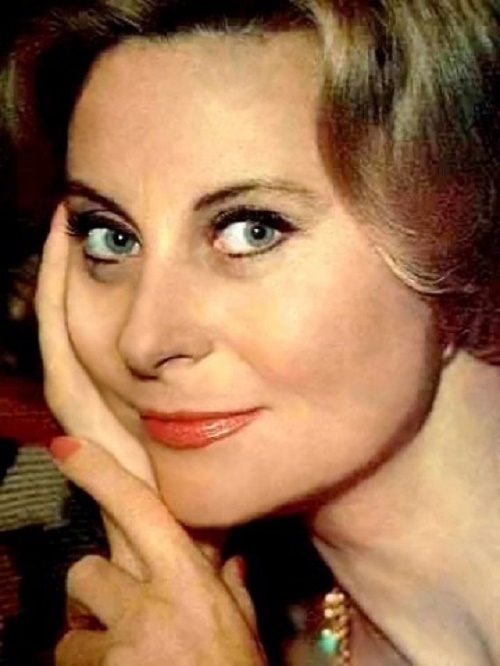 In 1946 this desire came true. Michelle Morgan left America without regrets. She left there an unhappy marriage, baleful contracts with producers and unsuccessful films about a war that American filmmakers did not know well (Joan in Paris, Two Tickets to London, The Passage to Marseilles, and others).

In postwar France Michelle Morgan quickly won the position of “actress number 1”. The first film, in which she appeared on her return home, brought her the Great International Prize at the Cannes Film Festival (1946). It was the “Pastoral Symphony” by Jean Delannoy – the adaptation of André Gide’s novel. In the role of the blind pupil of Pastor Gertrude, who became the object of passion of his spiritual father, Michelle Morgan again captivated the audience with grace and noble simplicity of the play. 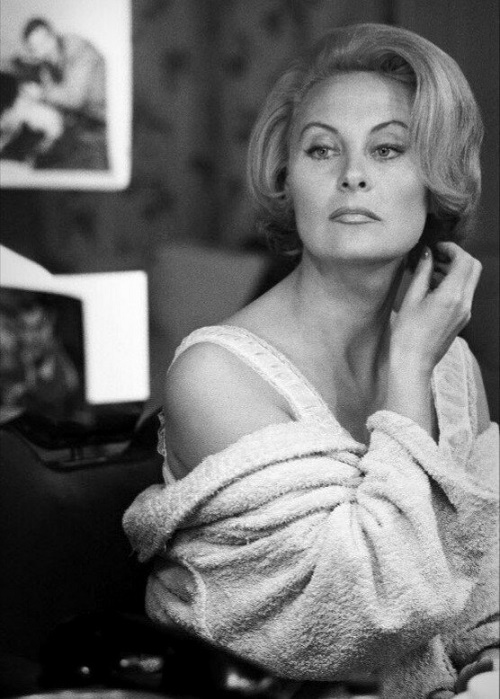 Morgan was the winner of the award at the Cannes Film Festival in 1946 for taking part in the film “Pastoral Symphony”, becoming the first actress who won the award for Best Actress at Cannes. Besides, she got Honorary awards “Cesar” (1992) and “Golden Lion” (1996) for outstanding achievements in cinema.

The filmography of French actress are such films as “coral reef”, “Prostrate Idol”, “Margarita Night”, “Marie Antoinette – Queen of France” and “If we talked about Paris.” She was awarded the honorary awards “Cesar” and “Gold Lion”, and also received a star on the Hollywood Walk of Fame. 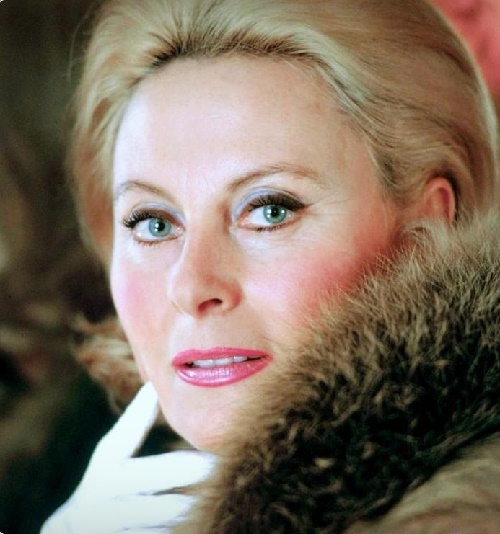 In 2005, died the only son of the actress from lung cancer, at the age of 60, and in 2006 died her husband Gerard Oury. After such losses legendary movie star began to lead a secluded life, rarely communicating only with close relatives. 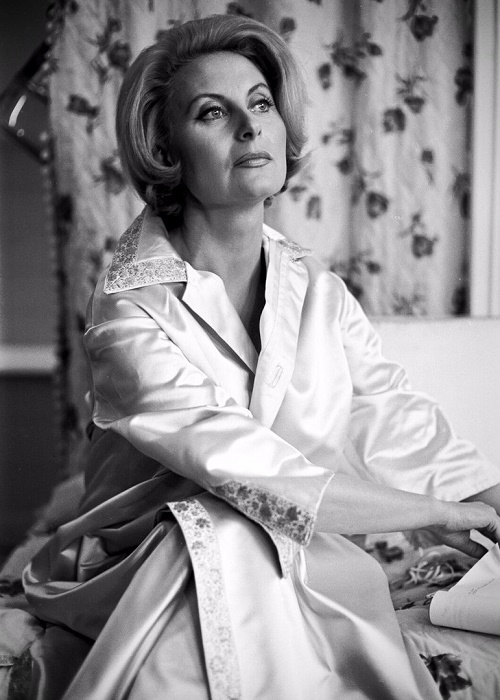 Since childhood, the image of Michelle Morgan for me has been something distant and impossible beauty. I remember the published footage from the film “Port of Shadows” in magazine “Actors of foreign cinema”, and the unforgettable scene, where she is with Jean Gabin. I watched her movies “Port of Shadows” and “big maneuvers”. The impression of the appearance of Michelle Morgan, and her play was the strongest. She is so original and bright, that no one else is like her. 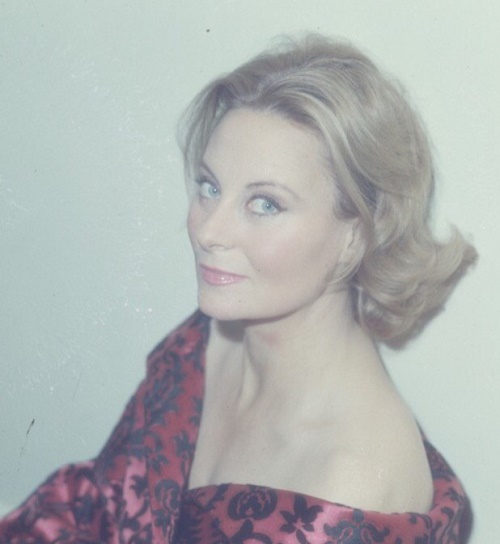 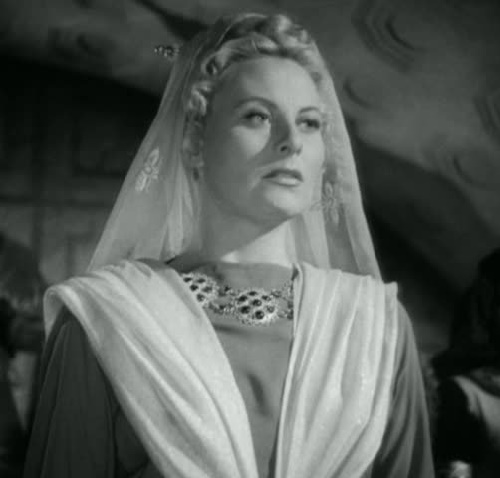 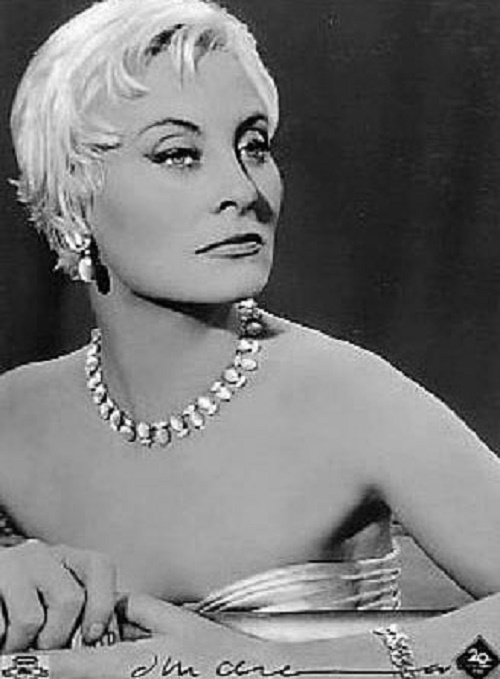 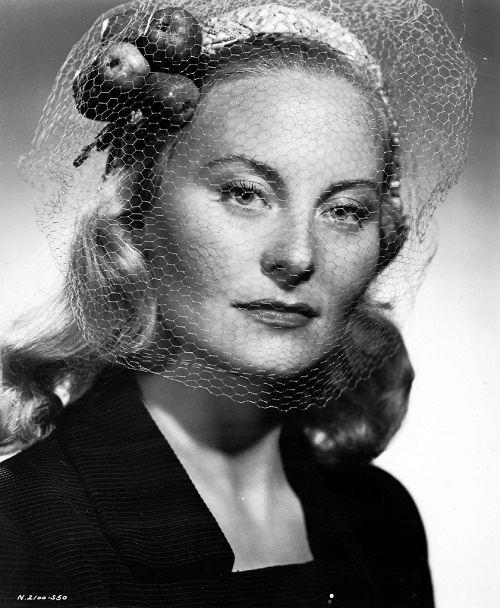 Icon of style, and one of the most beautiful actresses of XX century 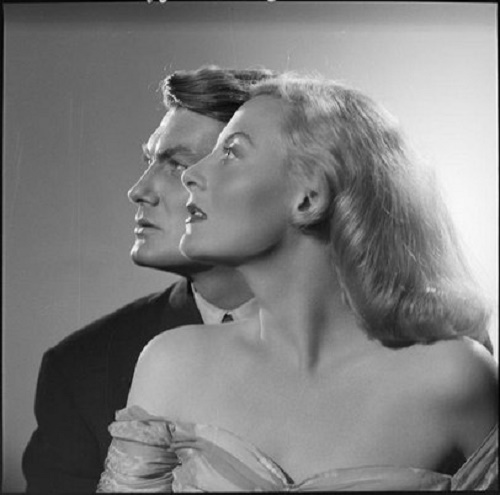 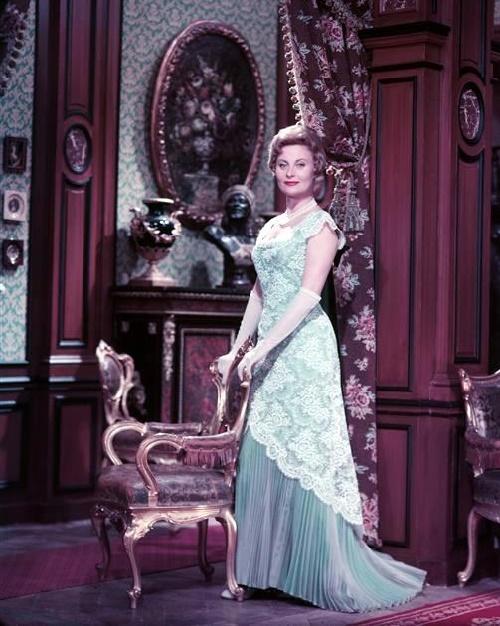 Michèle Morgan, Daniel Darё and Claudia Cardinale in the film by Henry Verney ‘Lions on the loose’ (1962) 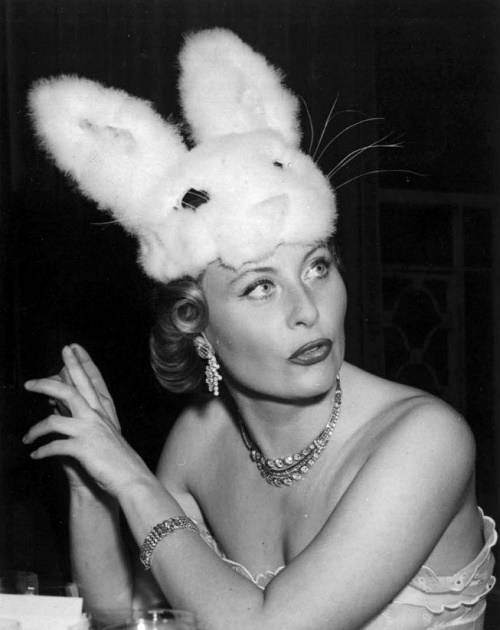 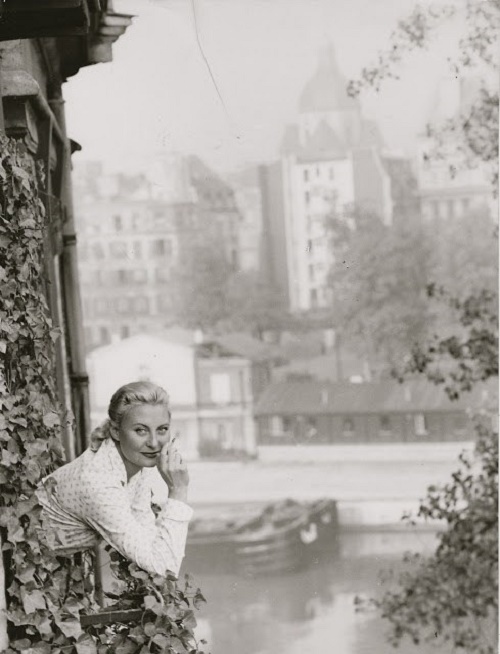 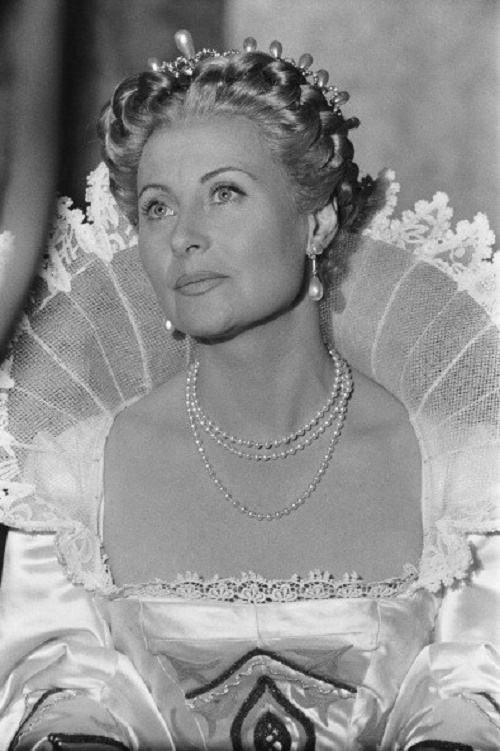 She looks natural in the image of Queen 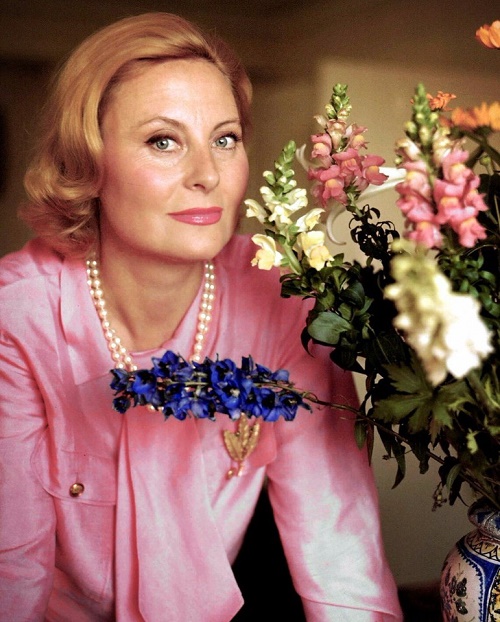 She was beautiful in any age 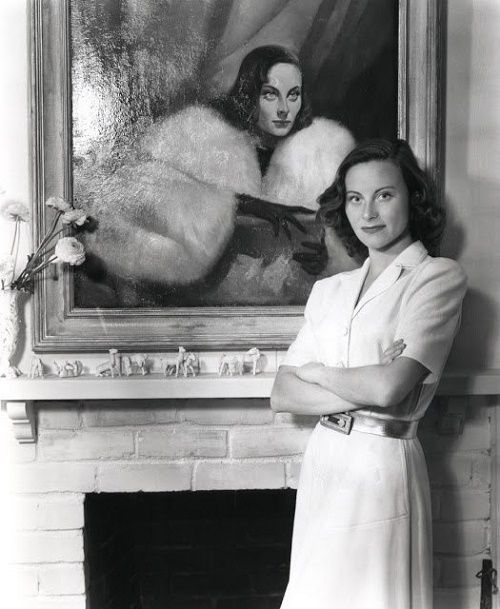 Standing next to her portrait Michele Morgan 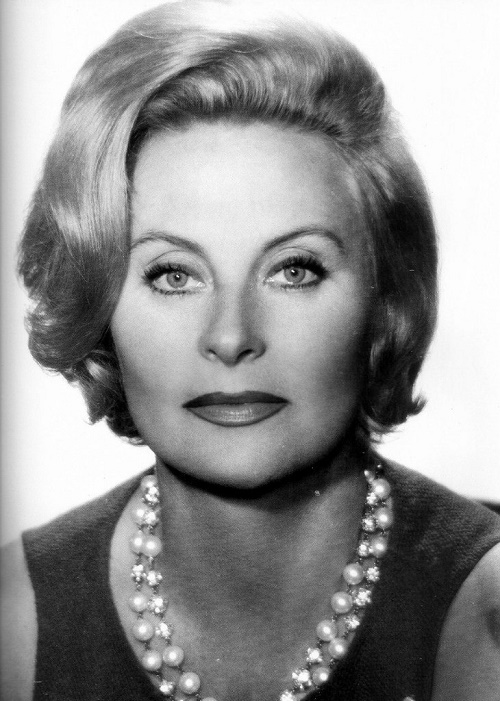 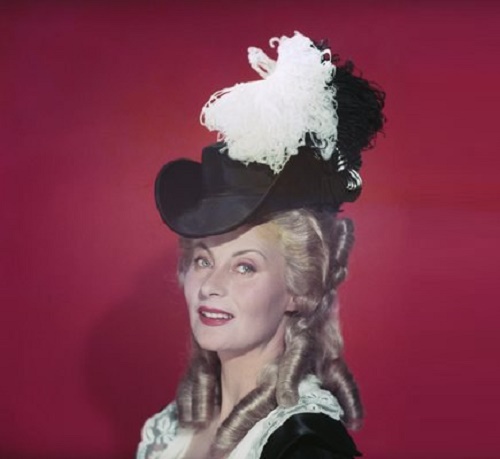 The owner of most beautiful eyes Michelle Morgan