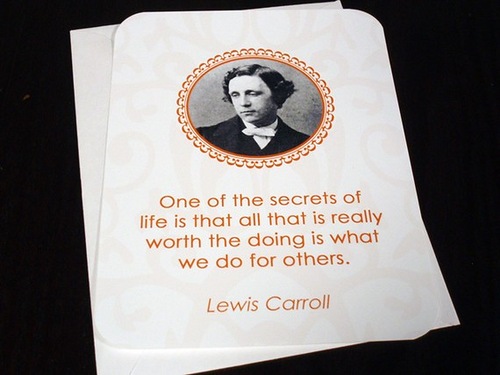 One of the secrets of life. Happy birthday Lewis Carroll

Happy birthday Lewis Carroll
Better known by the pseudonym Lewis Carroll, Charles Lutwidge Dodgson (27 January 1832 – 14 January 1898) was an English author, mathematician, logician, Anglican deacon and photographer. A lecturer in mathematics at Christ Church, Oxford, he became remembered as the author of the children’s classics. In particular, Alice s Adventures in Wonderland (1865), and Through the Looking-Glass (1871) written for Alice Liddell, the young daughter of the classicist Henry George Liddell.
Unlike most children’s literature of that period, they were neither moralistic nor instructive. Their fantasy, satire, and surrealism make them equally appealing to adults.
In addition, he wrote inspired humorous and nonsense verse, notably The Hunting of the Snark (1876). Besides, Carroll was a respected portrait photographer. At first, he was a typical Victorian ‘lion- hunter’, sought out celebrities to pose for his camera. However, he later concentrated on photographing children, particularly little girls.
Meanwhile, his masterpiece is a study of Alice Liddell as a ‘beggar girl’. However, Carroll gave up photography in 1880 and his lectureship a year later, presumably to concentrate on writing, the greatest of his talents. 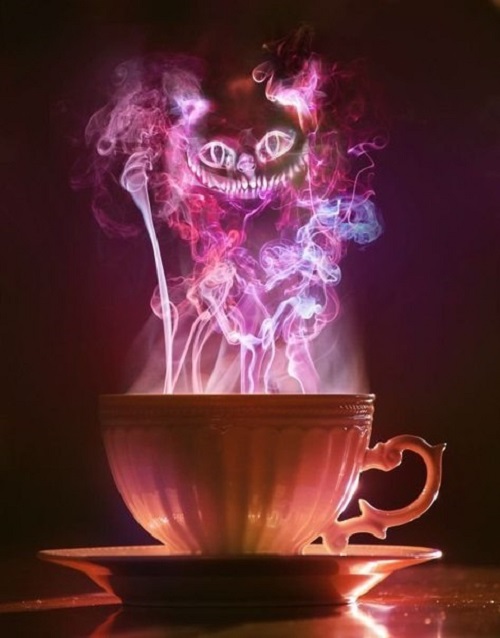 Style of Alice in Wonderland

Always speak the truth, think before you speak, and write it down afterwards.

Begin at the beginning and go on till you come to the end; then stop.

I can’t go back to yesterday – because I was a different person then.

That’s the reason they’re called lessons, because they lesson from day to day.

Everything’s got a moral, if only you can find it.

I have proved by actual trial that a letter, that takes an hour to write, takes only about 3 minutes to read!

The rule is, jam tomorrow and jam yesterday – but never jam today. 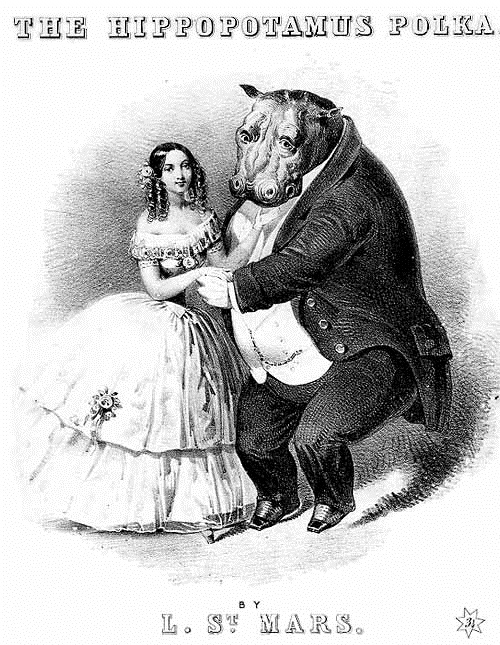 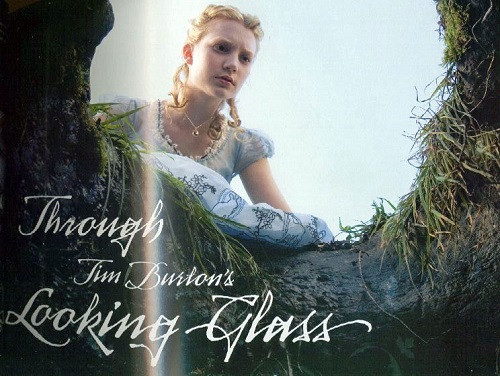 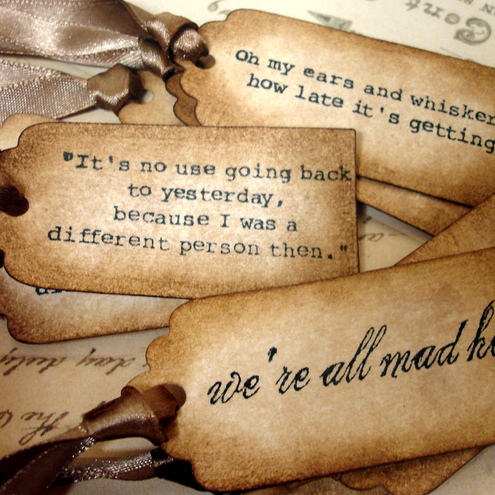 We are all mad

Worth doing for other Lewis Carroll 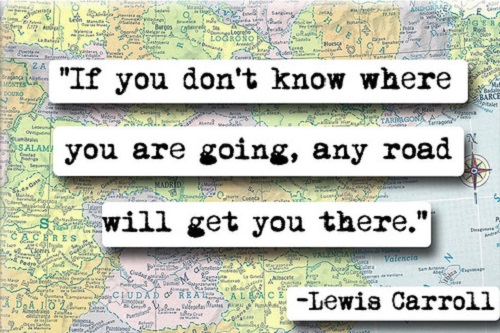 You don’t know where you are going 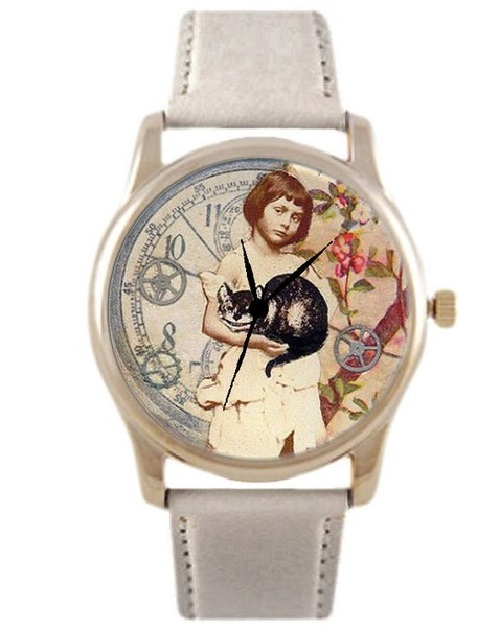 Accessories in the style of Alice in Wonderland 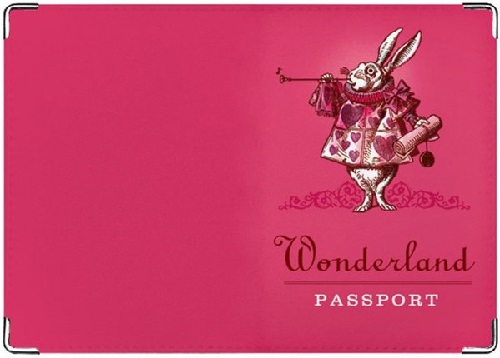 Alice in Wonderland (Cover for a passport) 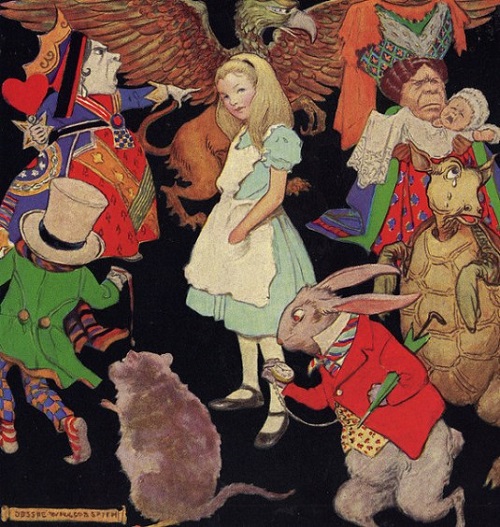 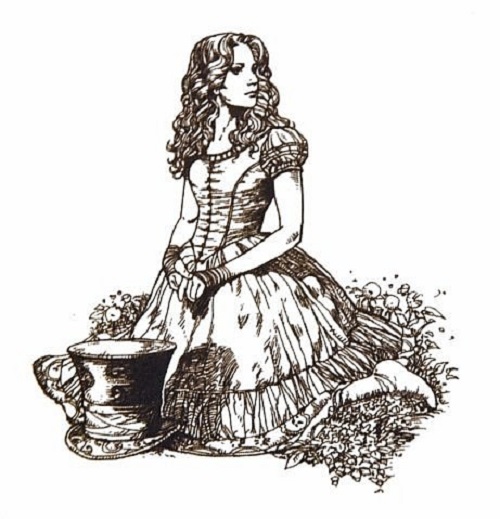 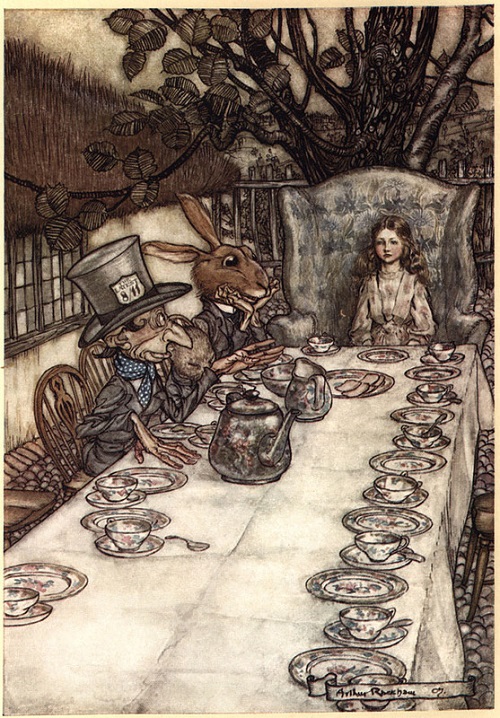 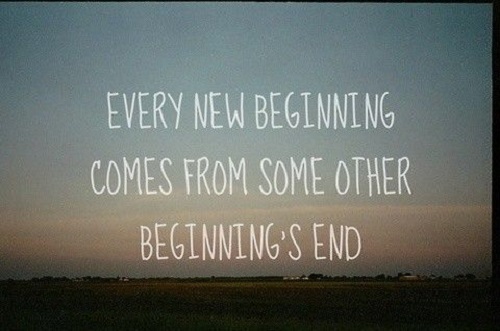 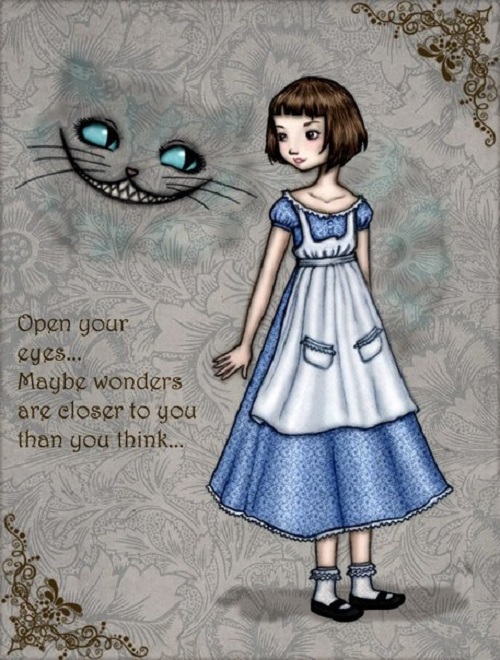